The world’s most beautiful airports

Across the planet more and more countries are building architecturally stunning airports to announce they've arrived. These are so cool you'll never want to leave 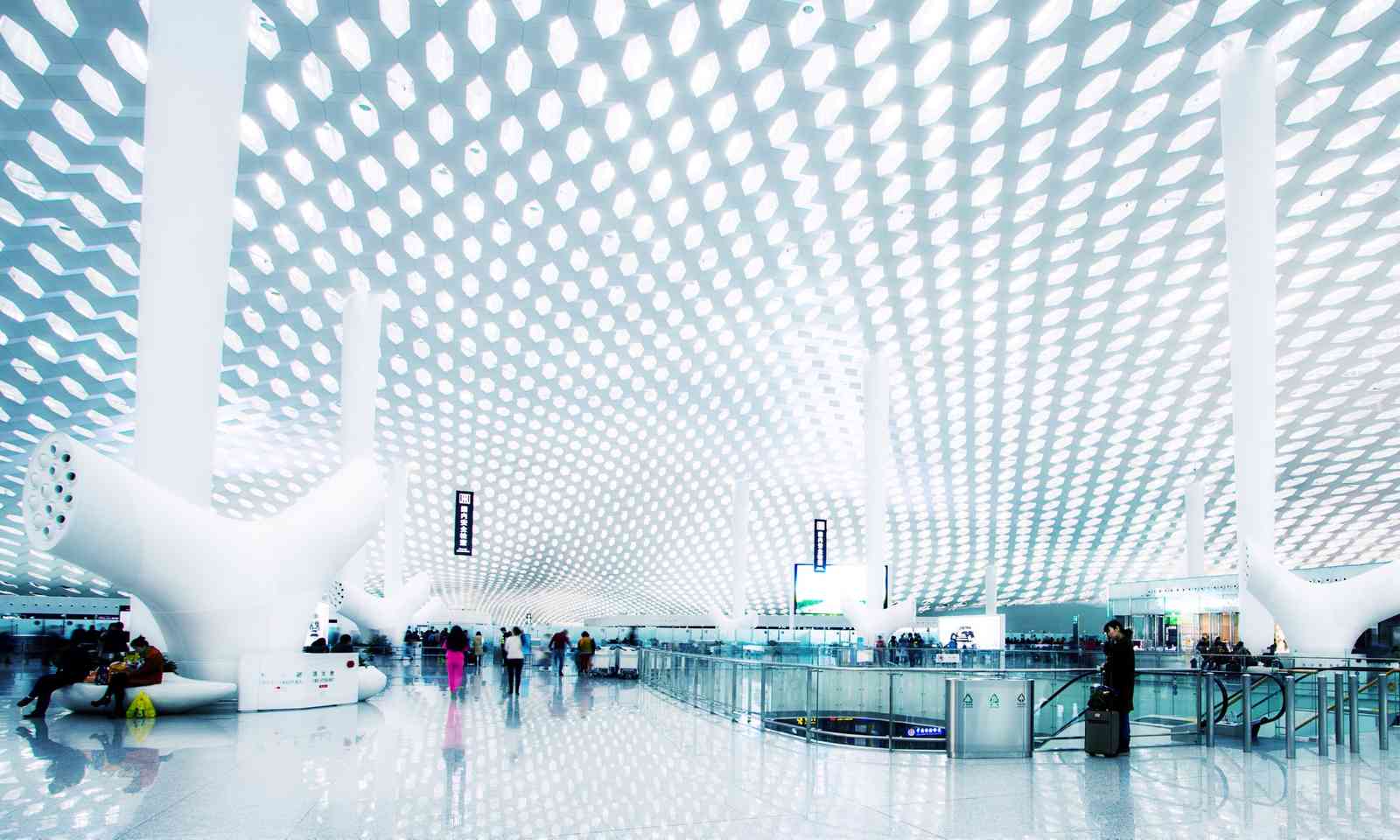 Pity the cleaners at Shenzen Bao’an international airport. The interior, designed by Italian architects Massimiliano and Doriana Fuksas, features acres of gleaming white tiles. Things are a little easier to maintain on the exterior. It was designed to resemble a manta ray, which can be found off the coast of China in abundance. 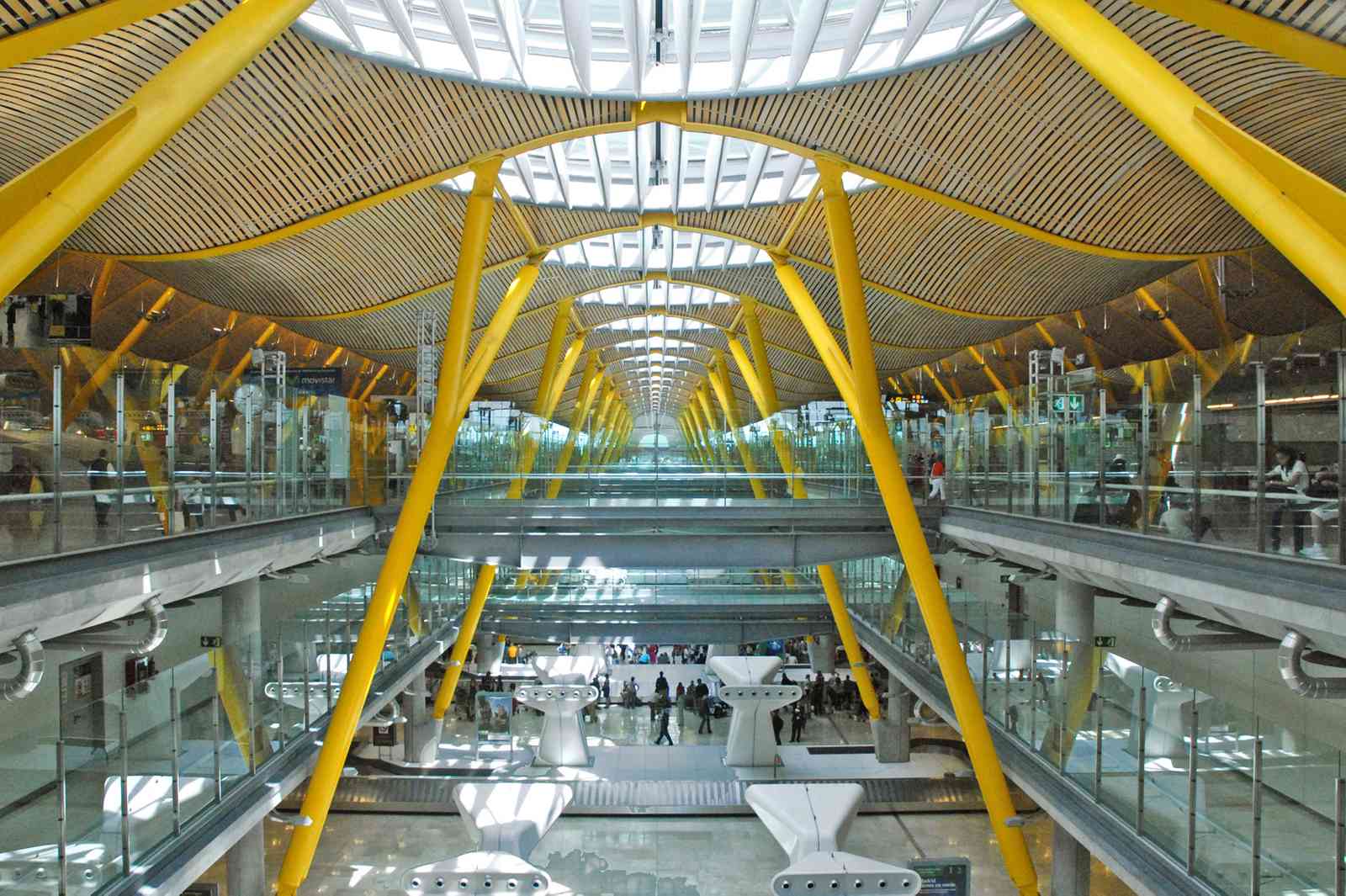 75 years after the original Madrid–Barajas airport was built, architects Richard Rogers and Antonio Lamela decided to bring a sense of calm to the design of the new Terminal Four building. With its bamboo interior, bathed in copious natural light, passengers to the Latin American destinations served by the terminal board their planes in Zen-like peace. What they are like when they arrive, 14 hours later, is in the airline’s hands. 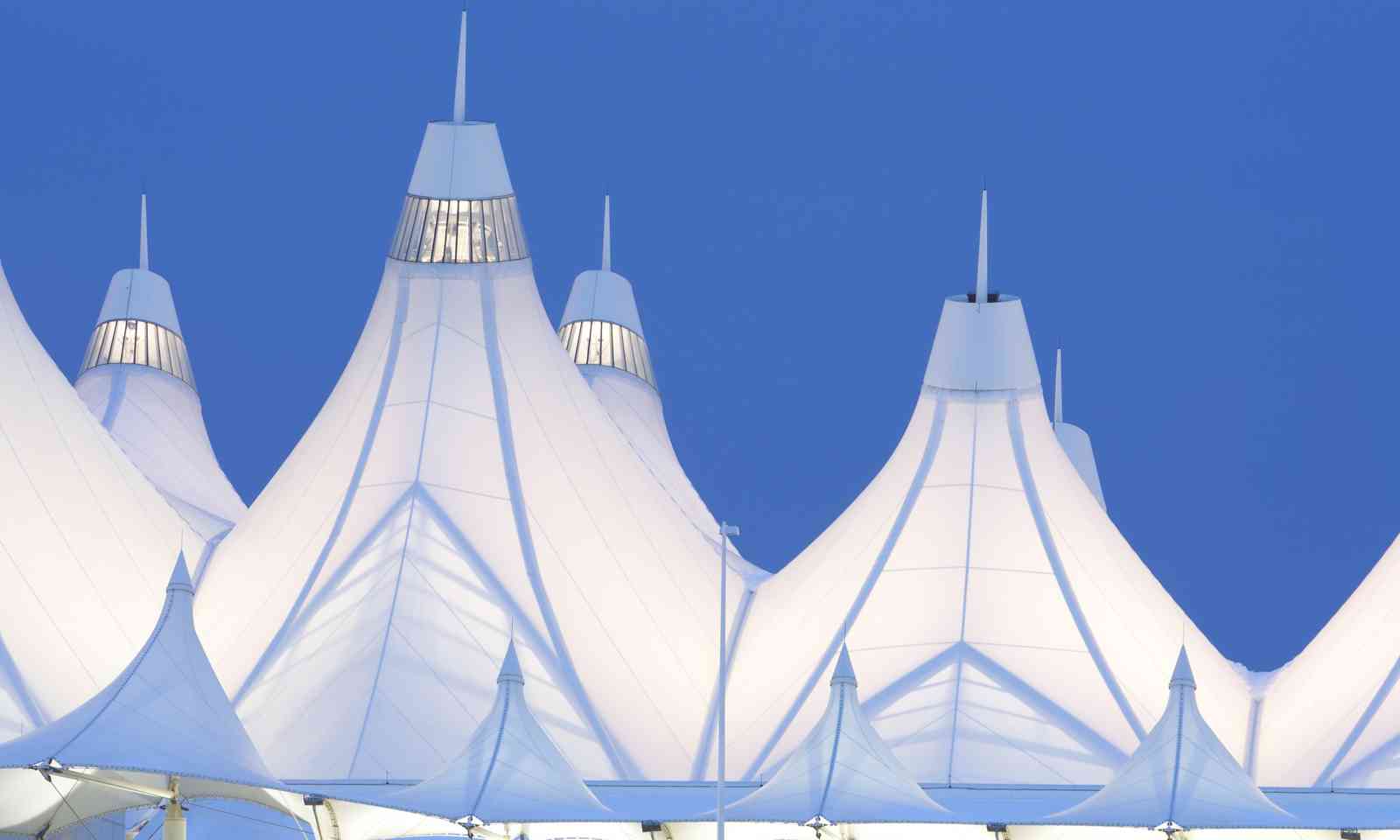 Arrive at Denver International Airport in Colorado and you can be forgiven for thinking that that you have touched down in the Middle East. The airport’s tent-like roof, fashioned from white Teflon-coated fiberglass, looks a row of Hajj tents in Saudi Arabia. It’s meant to mimick the snow-capped peaks of the Rockies in the distance, but try telling that to Donald Trump. 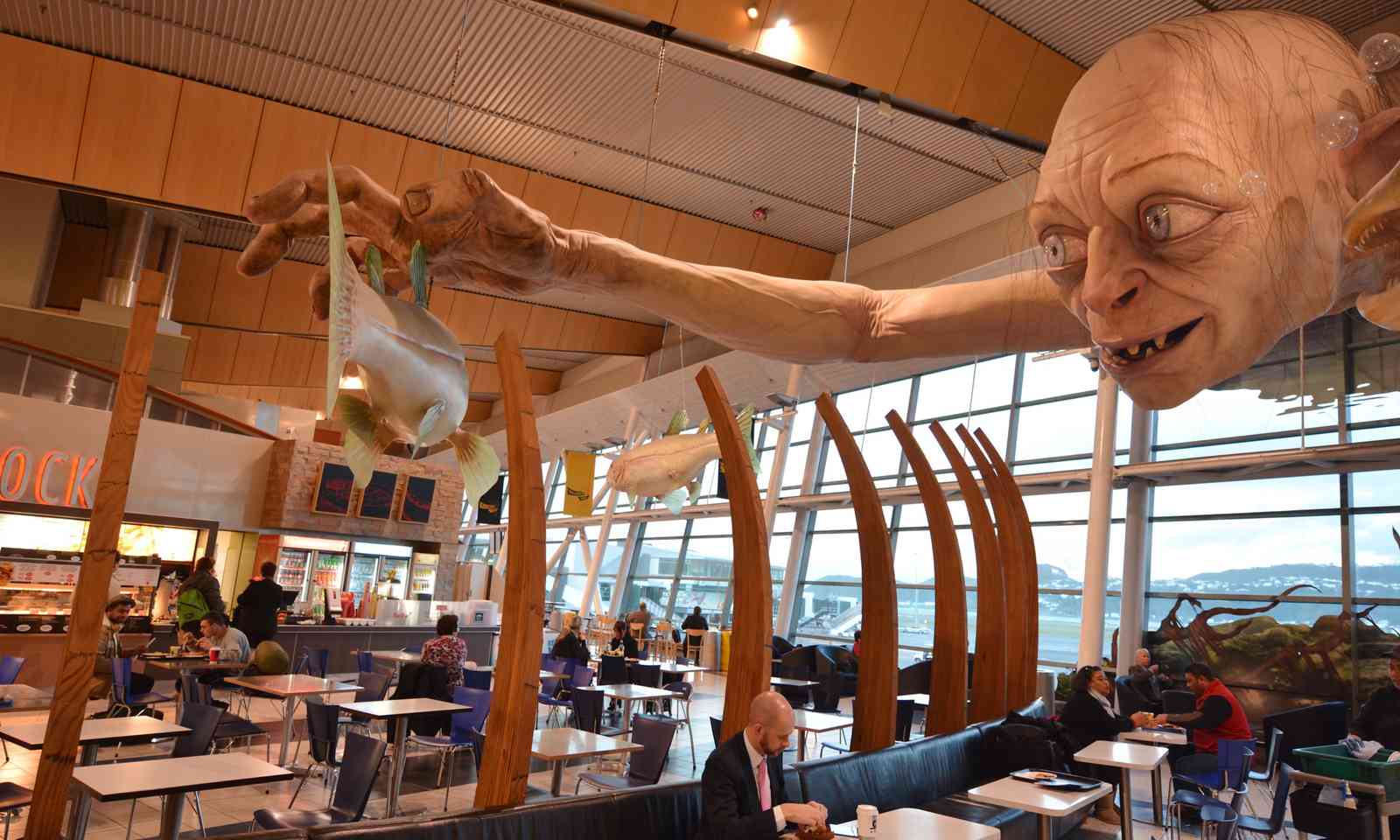 Gollum on the ceiling (Dreamstime)

Nicknamed ‘The Rock’ and created by Studio Pacific Architecture and Warren & Mahoney, Wellington airport was inspired by the legend of sea monsters Ngake and Whataitai, not Hollywood actor Dwayne Johnson. The exterior was designed to look like dangerous cliffs and the very wooden interior features an oversized Gollum hanging from the roof and reaching for a fish. 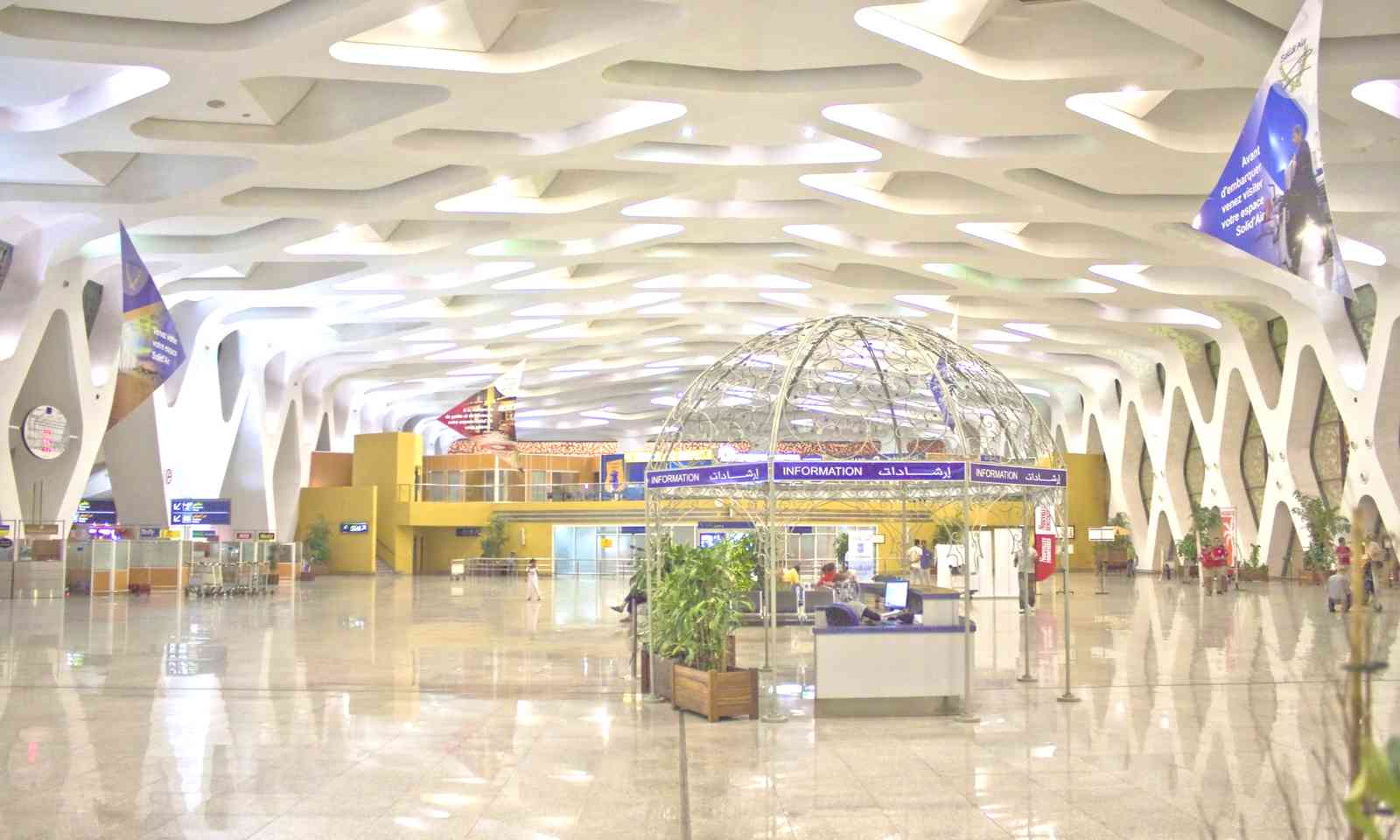 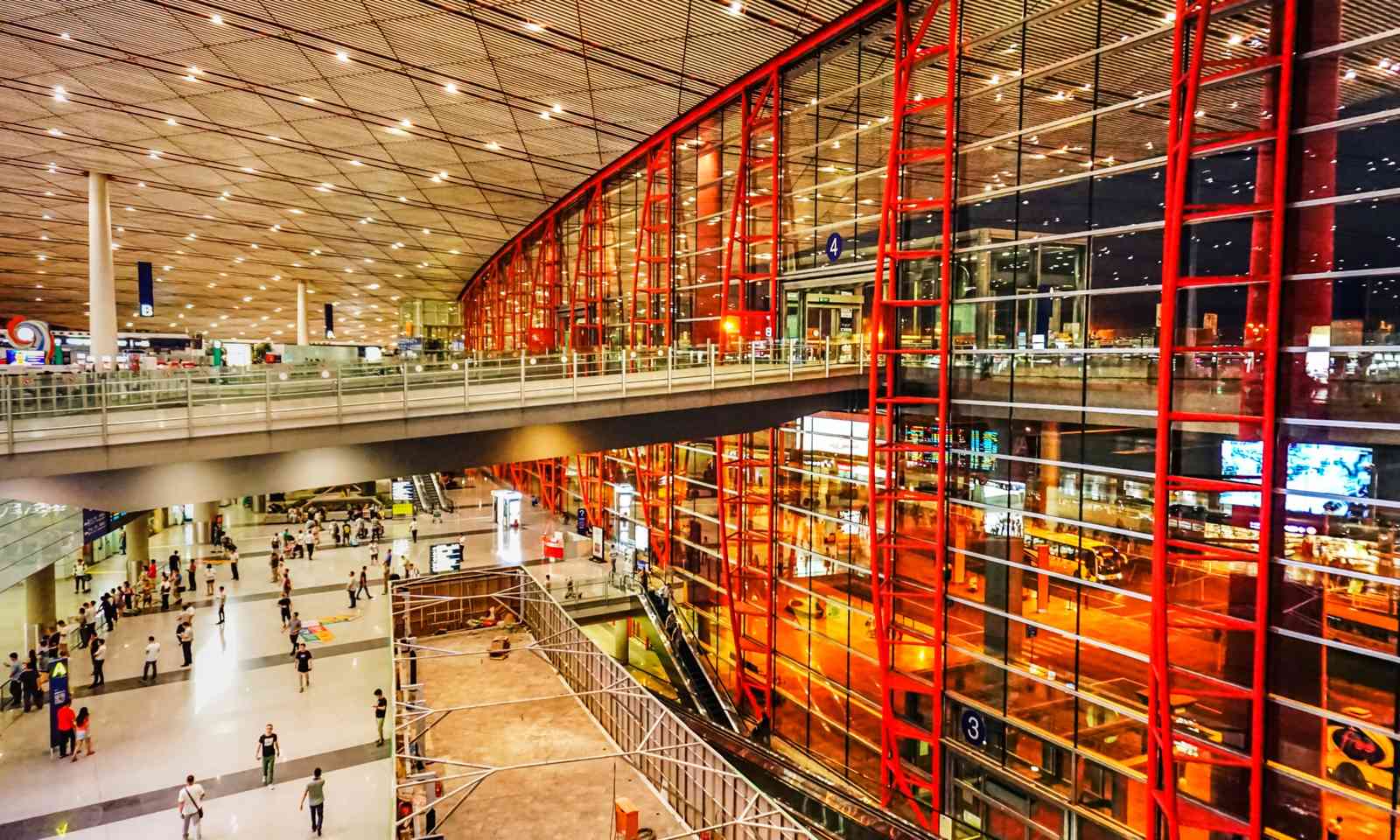 Opened just before the 2008 Olympics, the Terminal 3 at Beijing International Airport is a typical piece of Sir Norman Foster statement architecture. At two-miles long, it is one of the largest buildings in the world, and uses a complex mesh to allow sunlight in. The building is designed to represent a dragon and features a traditional Chinese color scheme that only heightens the drama as you disembark your plane. 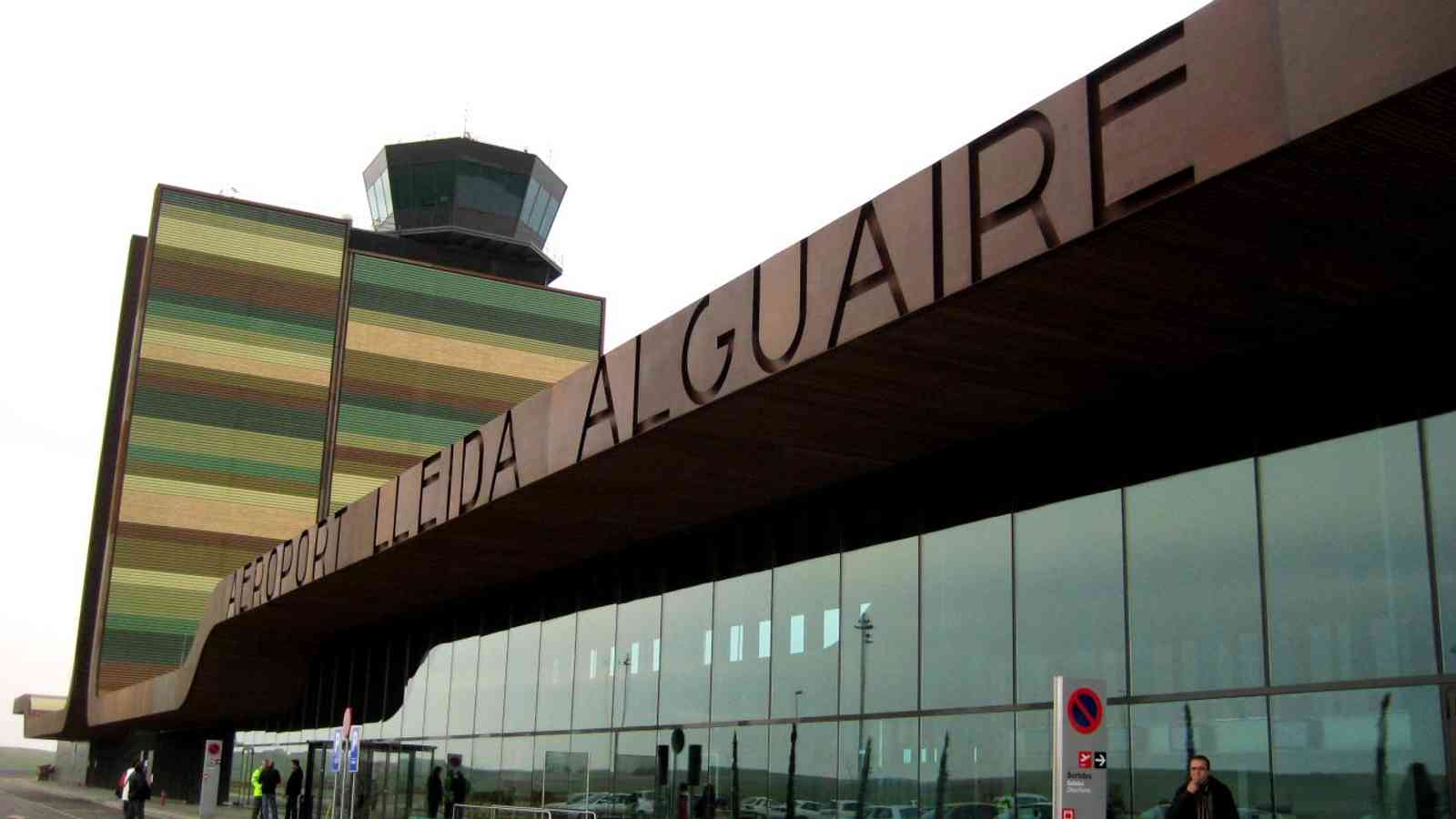 Clad in metal plates in shades of olive, green and brown, the Lleida-Alguaire airport in Catalonia is certainly one of the most stylish airport terminal around. Sadly, the financial crisis of 2008 means that not as many people have got to admire it is as planned. Designed to handle 400,000 passengers a year; it now welcomes fewer than 40,000.