Hitting all the right notes: The world’s most breath-taking opera houses

Whether they’ve premiered works by Mozart or feature striking cutting-edge designs, these lavish opera houses have become enduring symbols of the cities they reside in 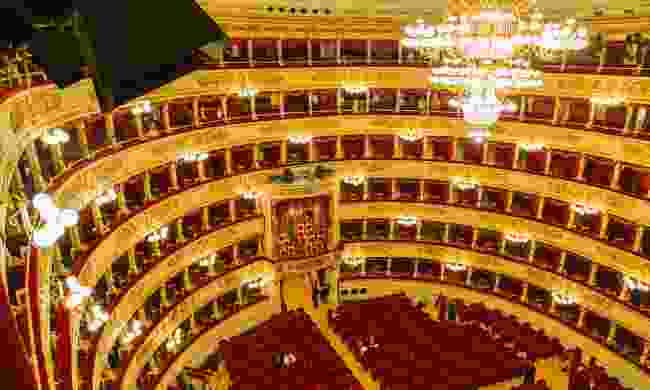 Built in 1778, La Scala has had a long and illustrious history. It has hosted performances by all of the classical world’s greatest stars, including conductor Caludio Abbado and singer Maria Callas, and is renowned for its loggionisti - passionate opera aficionados who are ecstatic in their praise and merciless in their criticism.

La Scala continues to host the very best in opera, with a full schedule of classic and exciting new works. It regularly hosts exhibitions of costumes, set designs and musical instruments - and its library, the Livia Simoni, is the repository of over 150,000 volumes of librettos and scores. 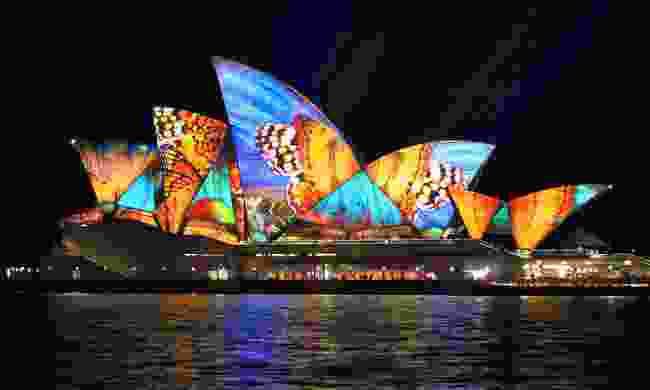 No opera house quite defines a city like the Sydney Opera House. A designated UNESCO World Heritage Site - and regarded as one of the great architectural works of the 20th century - the distinctive sails have become an icon of Australia’s largest city.

Despite its troubled gestation that saw its Danish architect Jørn Utzon quit before it was completed, the building was opened to great fanfare in 1973. It hosts performances by Opera Australia, the Australian Ballet and the Sydney Symphony Orchestra. More recently, it has become an integral focal point for Sydney’s spectacular New Year’s Eve firework display and a stunning canvas during the annual Livid Festival. 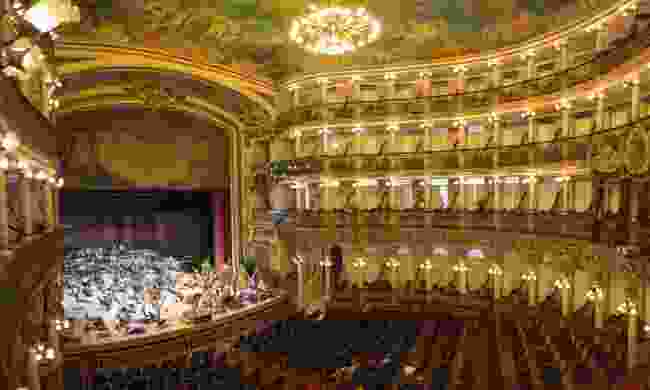 The famous 'opera house in the jungle' was built in the remote Amazon settlement of Manaus by rubber barons, who were flushed with cash and keen to bring a bit of European bling to their Amazonian backwater.

No expense was spared. The roof came from Alsace, the fittings from Paris, and the marble from Italy. And holding it all together was good old British steel. Italian painter Domenico de Angelis supplied the murals.

World-famous singer Enrico Caruso gave the first performance on 7 January 1897. Many claim the rubber barons financed the building just so they could hear him sing. When the rubber boom ended, the opera house fell into disrepair. But in 2001 it was restored and has become an unlikely home-away-from-home for opera stars from Bulgaria, Belarus and Russia. 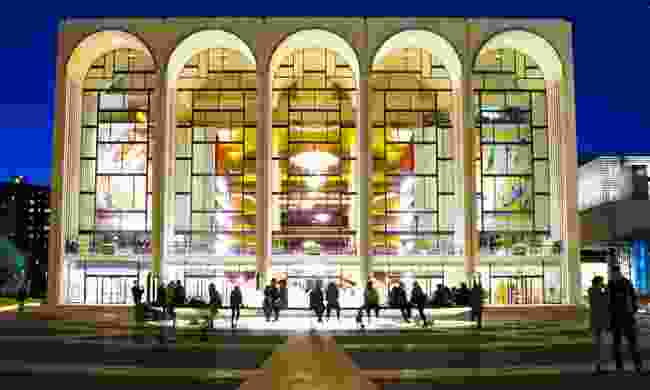 The famous arched windows of the Metropolitan Opera House (Dreamstime)

This modernist masterpiece, designed by American architect Wallace Harrison, is part of the Lincoln Centre for the Performing Arts. Completed in 1966, it is dominated by five enormous arched windows that frame two huge murals by Marc Chagall.

In keeping with its design, the Metropolitan Opera House has become synonymous with modern opera, premiering some of the most important operas of our time, including The Ghosts of Versailles by John Corigliano and William Hoffman, and Philip Glass’s The Voyage. 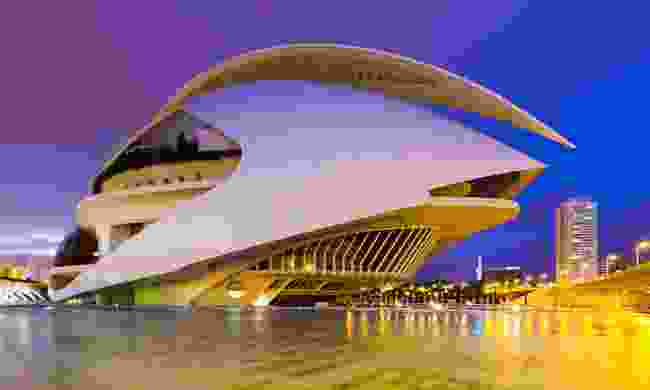 The Palau de les Arts Reina Sofía in Valencia is a trippy, contemporary opera house that could only have come from the mind of locally-born architect Santiago Calatrava. Channelling a distinctively Valencian aesthetic, it dominates the edges of the Turia Gardens, covering 430,000 square feet and towering over 246 feet high.

Only opened in 2005, the building has become a symbol of the city’s regeneration, both financially and artistically. It has already seen performances of La Bohème, Aida and Café Kafka and, in 2006, hosted Operalia, an international contest for young opera singers founded in 1993 by Plácido Domingo. 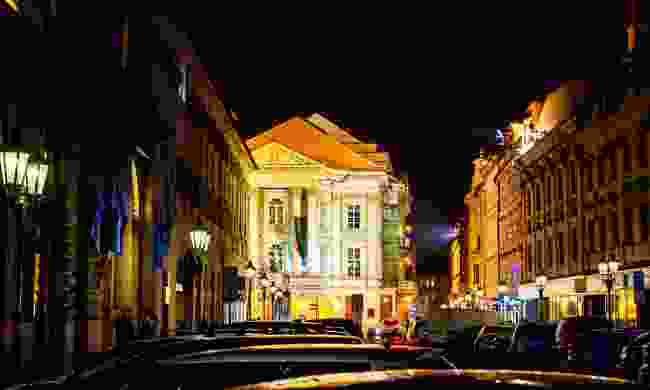 Founded in 1783, the Estates Theater is one of Europe’s oldest continuously-operating theatres. As well as the work of Mozart, the breathtaking white, gold and blue auditorium also hosted the first modern Czech opera, The Tinker, by František Škroup and the first public performance of the Czech national anthem ‘Kde domov můj?’ (‘Where Is My Home?’). 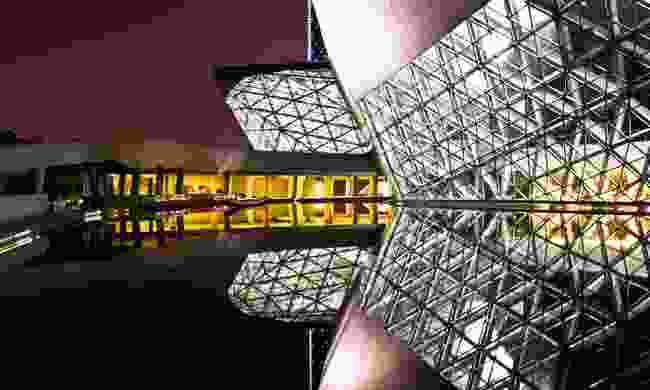 If you’re wondering about the role of opera houses in the 21st century, look no further than Zaha Hadid’s futuristic creation in Guangzhou, China. Dramatic, innovative and elegant, many regard it as her best work and a symbol of China’s emerging role in the the world.

The building is not just on the cutting edge in design. It is also the most high-tech performance centre in China, boasting state-of-the-art sound and lighting systems. In the main opera hall, look to the ceiling as the lights go down: it features thousands of tiny lights that twinkle like stars the night sky.