From lambs carved from butter to wild rabbit hunts in New Zealand, here are the most eggs-traordinary ways to celebrate this Easter...

1. Whip-cracking in the Czech Republic and Slovakia 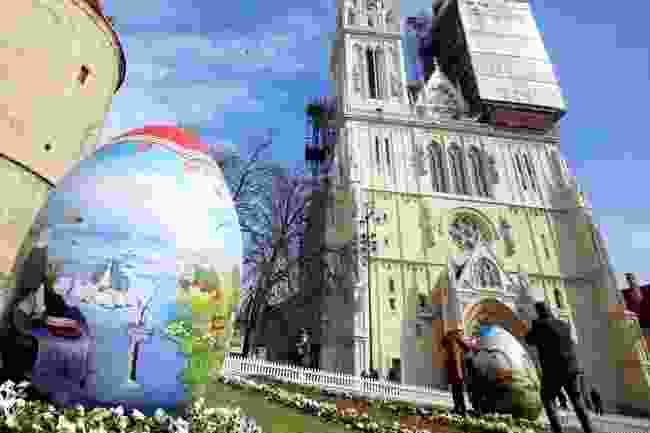 If you're a woman and you find yourself in the Czech Republic or Slovakia on Easter Monday, it is perhaps best to stay indoors. Local men and boys roam the streets with gaily decorated willow switches, usually adorned with ribbons, looking for girls to 'lightly' whip.

The whipping is not intended to be painful, but instead is meant to encourage good health and beauty. You may feel otherwise.

2. The butter lambs of Russia 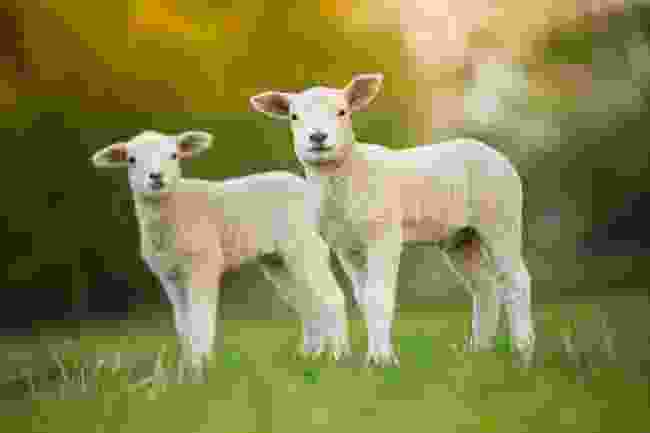 These lambs are safe (Shutterstock)

In Russia, the Easter meal is accompanied by a knob of butter fashioned into the shape of a lamb. It dates back to ancient times when it was considered a lucky omen to meet a lamb.

Why a lamb? Because you can be certain it's not Satan in disguise. Old Beelzebub can take on the form of all animals except the lamb because of its religious symbolism.

3. The Easter Bilby from Australia 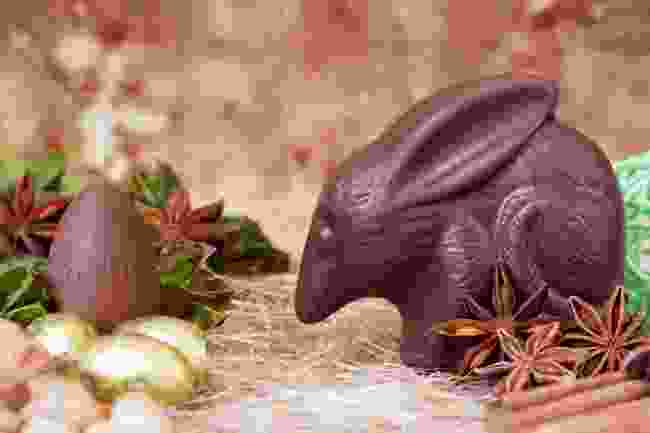 The Easter Bilby, part of an Aussie Easter tradition (Shutterstock)

In an attempt to raise awareness about the dwindling Bilby population, confectioners in Australia have taken to making chocolate likenesses of this small rabbit-size marsupial. Aussies can scoff at will, knowing that every bite they take is helping to save an endangered species. 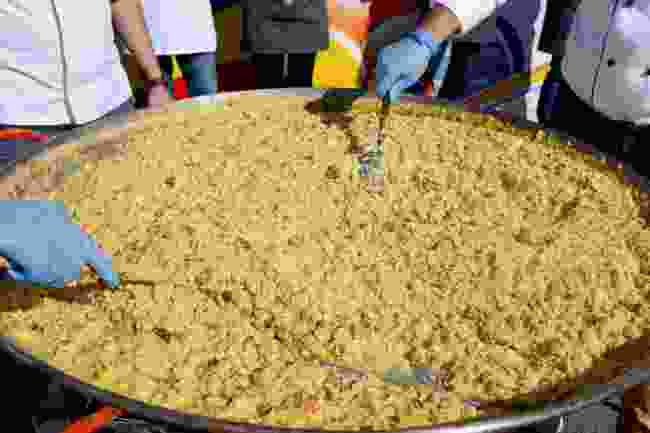 On Easter Monday, the residents of Haux usually crack more than 4,500 eggs into a gigantic pan to create a massive Easter omelette that serves over 1,000 people. Each family breaks the eggs in their homes in the morning and they gather in the main square where the eggs are cooked for lunch. And dinner. And breakfast the next morning...

5. A time to splash out, Hungary 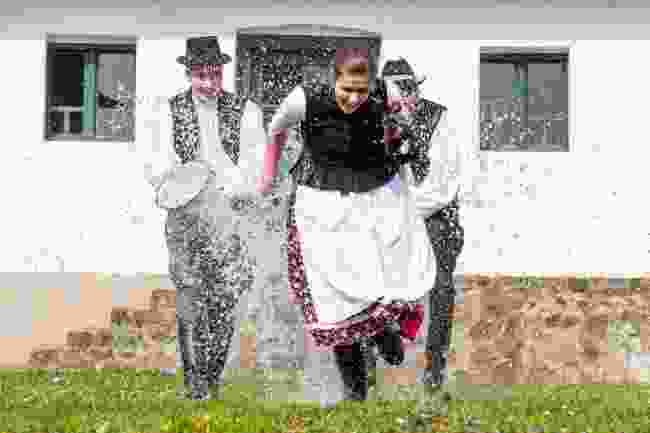 A woman getting soaked in Hungary (Shutterstock)

In Hungary, women dress up in traditional clothes on Easter Sunday and get splashed with water. Uncomfortable, yes. But it certainly beats getting whipped.

6. The witches of Easter-wick in Finland 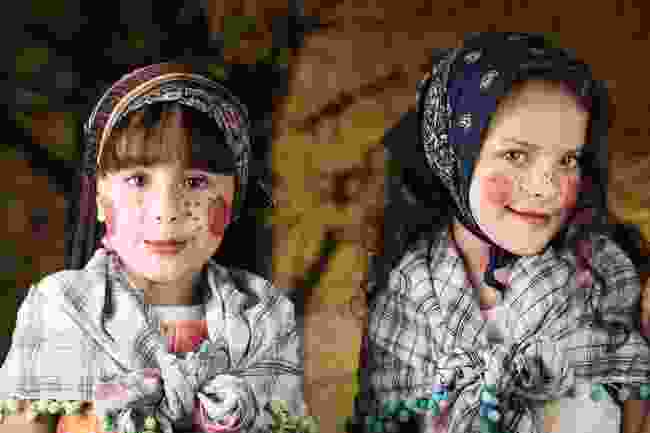 Halloween comes early to Finland as children dress up as witches and wander the streets with broomsticks on a hunt for treats. The tradition is said to have come from the belief that witches would fly to Germany and cavort with Satan. Bonfires are meant to scare them away. 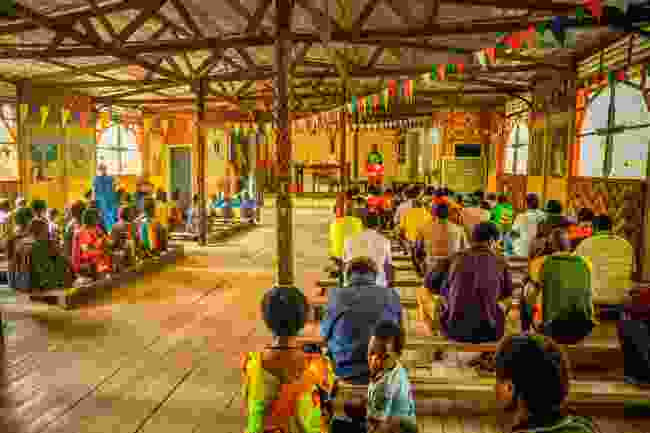 Chocolate isn't much use in the steamy jungles of Papua New Guinea, so Easter trees at the front of churches are decorated with sticks of tobacco and cigarettes instead. These are handed out after the service.

8. Crucifixion and flagellation in the Philippines 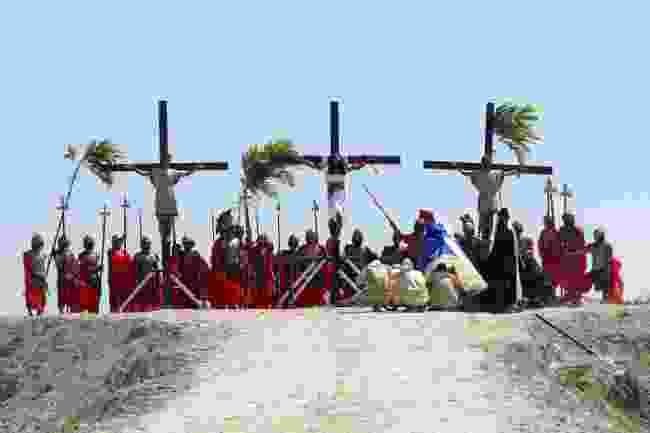 Crucifixion in the Philippines (Shutterstock)

In the Philippines some devout Catholics have taken to the practice of self-crucifixion and self-flagellation on Easter. Their thinking is that it helps purify them and cleanse them of the sins of the world. The Roman Catholic Church is not keen on the idea and has been actively trying to discourage this practice, without much success. 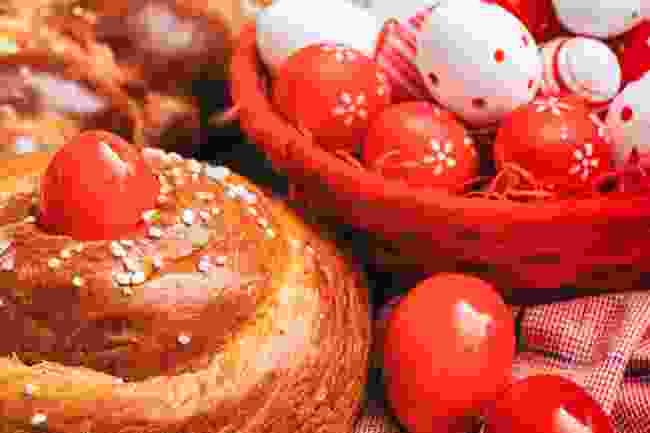 Easter is known around the world for multi-coloured, decorated eggs. But in Greece you will find only red eggs. Red is the colour of life, you see, as well as a representation of the blood of Christ. From ancient times, the egg has been a symbol of the renewal of life, and the message of the red eggs is victory over death. Got it? 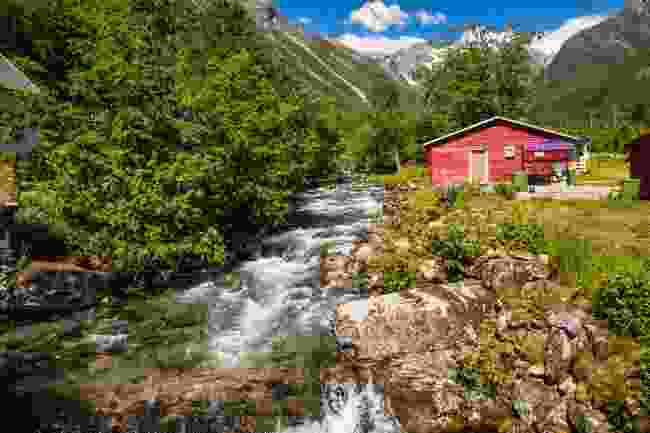 A cabin in Alesund, Norway (Shutterstock)

Easter time is crime time in Norway. Television channels run crime shows and a slew of new detective novels are commissioned to come out just before Easter. People across the country escape into their mountain cabins and spend the weekend with the ‘whodunnit’ television shows or books. Even the milk cartons carry short detective stories on their side during the season. The phenomenon was triggered by the immense popularity of a crime novel in 1923, set on the Bergen railway. 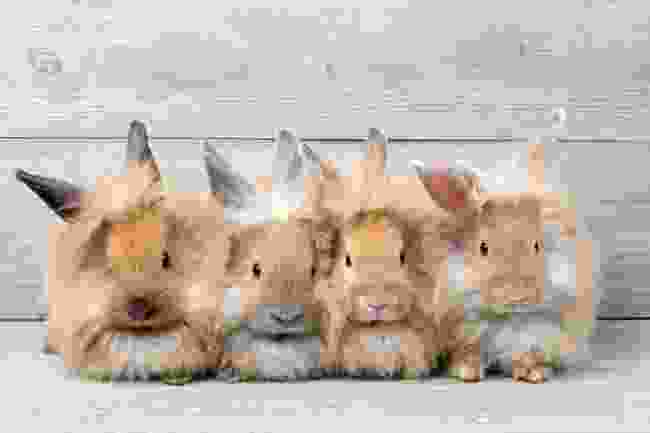 These bunnies better watch out (Shutterstock)

While the rest of the world hunts for Easter eggs hidden around the house, the good folk of Otago grab their guns for the annual ‘Great Easter Bunny Hunt’. The idea is to rid farmlands of ‘invasive pests’, with over 500 hunters vying for the coveted trophy and the $NZ 3,500 prize money. With over 10,000 rabbits meeting their maker each year, the Easter Bunny sensibly gives this corner of New Zealand a miss.

More on Easter around the world:

7 colourful, solemn and frankly intimidating Easter processions around the world