Who says you can’t have it all? Convenient, accessible and gorgeous, these stretches of coastline will add sun and sand to your next city break. 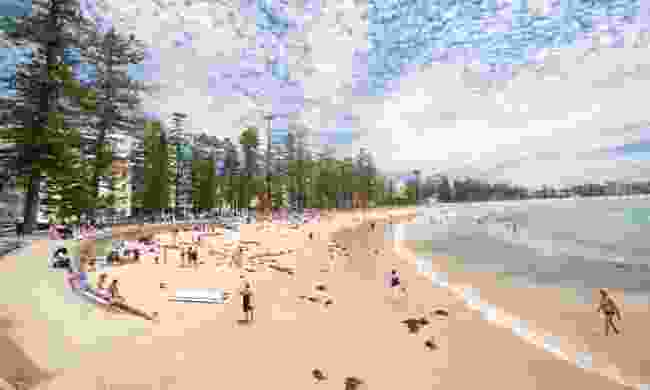 Manly and its famous pines (Dreamstime)

Sydneysiders are spoiled for choice when it comes to city beaches, with over 20 within easy reach of the the city centre. Bondi may be Sydney’s most famous beach, but those in the know head to Manly, a lovely stretch of sand, backed by Norfolk pines, on the north side of the harbour An added bonus is that you can catch a ferry there, chugging past the Opera House and across Sydney’s sparkling harbour. 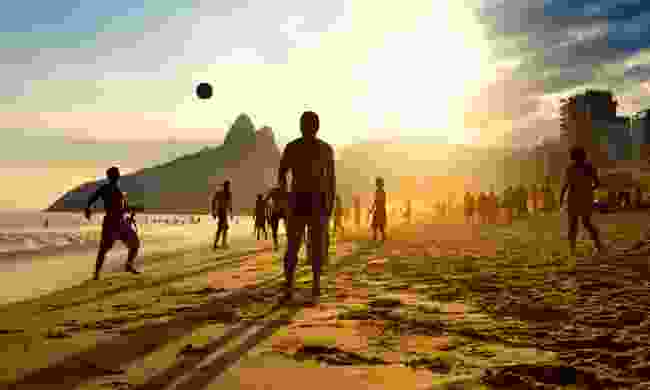 Rio de Janeiro is another city blessed with a multitude of gorgeous beaches, the names of which are known across the globe. Copacabana is perhaps the most famous, but visitors are advised to follow the example of the girl from Ipanema and head to the stretch of sand the locals call ‘Little Paris.’ The promenade is lined by avant-garde movie theatres, bookstores, and art galleries, but the beach is more democratic, a favourite place for kids from the favelas to practice their football skills as the sun goes down. 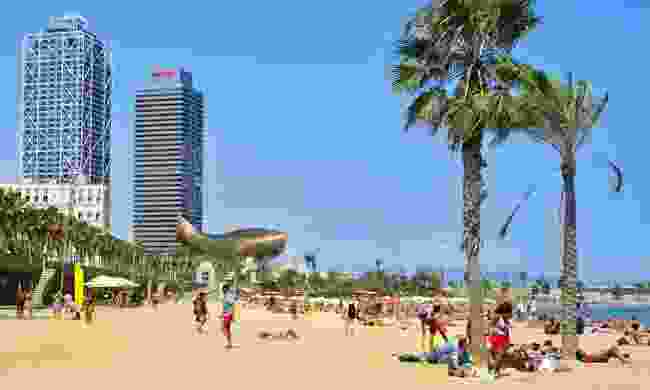 Barceloneta Beach in Barcelona is one of the most accessible city beaches in the world. Not only has it got its own Metro stop, it marks the end of the city’s famous pedestrianised boulevard, Las Ramblas.  Admire its the famous leaning monument, Homenatge a la Barceloneta, cool down in one of the seaside bars or work on your tan – all in the knowledge that the city is only moments away. 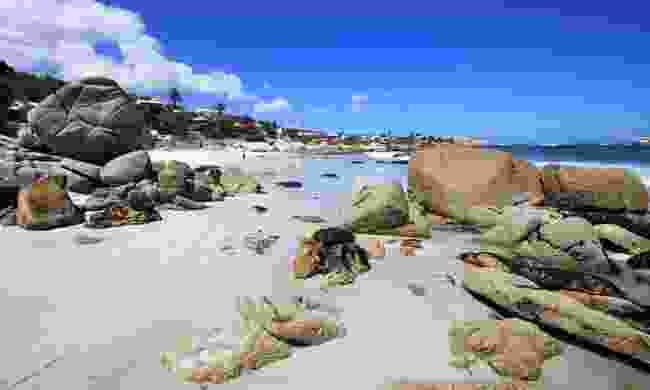 Not one, but four beaches, Clifton Beaches are the playground of South Africa’s beautiful people, a stone staircase away from the most expensive real estate in the country. The Atlantic waters here are bitterly cold, but that doesn’t matter - you’re here to be seen, not go swimming. Each beach has its own ‘demographic’ – teenagers prefer the fourth, the third is popular with Cape Town’s gay community, the second is for the poseurs, and the first, the other side of the boulders, is popular with dog walkers. 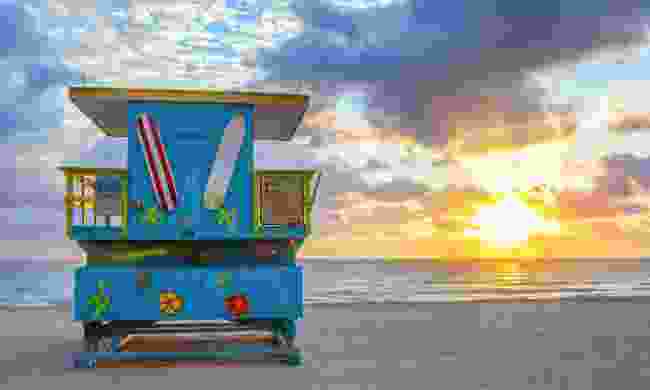 South Beach is as famous for the pastel coloured Art Deco buildings that line it as the azure waters it faces. Popular with international models and celebrities, lined by night clubs and celebrity-chef restaurants, it is arguably the most glamorous beach in the world – and only a short drive from downtown Miami. Take your place on the pure white sand and settle in for some prime celebrity spotting. 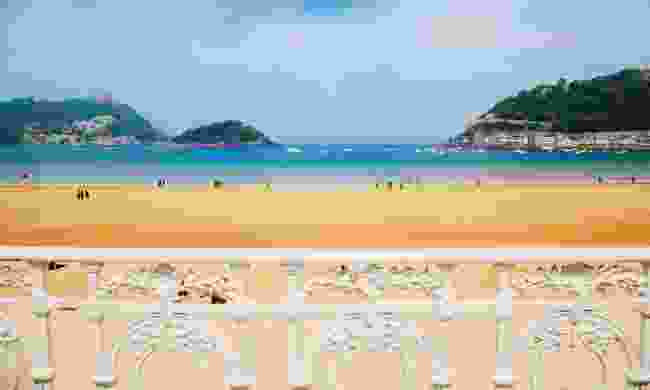 Perfect for foodies, Playa de la Concha sits on Concha Bay in the heart of San Sebastian. A regular fixture in any list of the world’s best beaches, Playa de la Concha is a picture perfect stretch of sand, only minutes from the city’s famous pinxto bars – so close that you’ll be able to leave your towel on the beach while your pop across the road for a bite-sized snack or two. 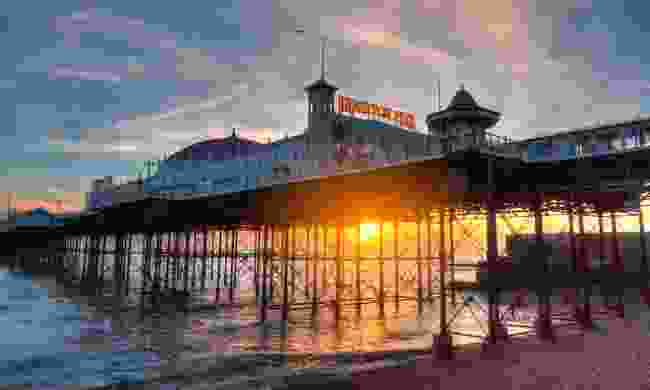 With its funfair pier, pebbled shore and striped deck chairs, Brighton Beach is the quintessential English seaside destination. Brighton itself is a colourful and creative hub, full of funky bars and restaurants, its narrow lanes crammed with intriguing shops. It’s also accessible, less than an hour from London by train. 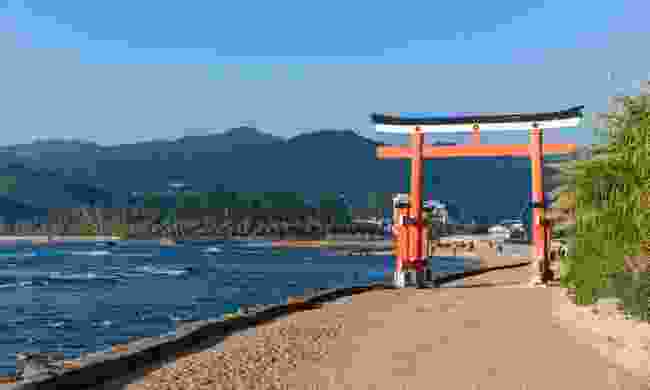 Tori gate leading to the beaches on Aoshima Island (Dreamstime)

Aoshima is a small, subtropical island just south of Miyazaki City, ringed by white beaches and home to a colourful shrine, set in the jungle. A short hop from the city, the beaches here have the added distinction of having an ages-old Tori Gate marking the entrance. 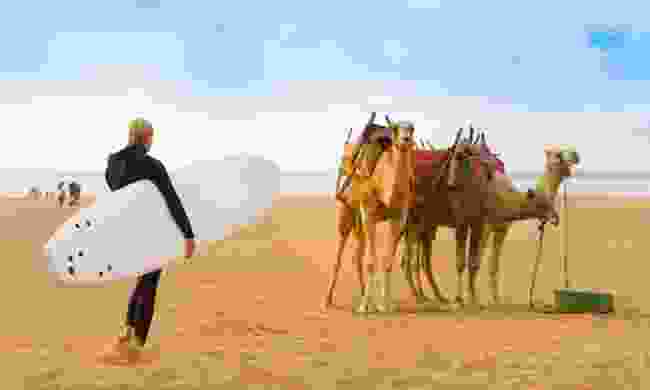 Camels on beach in Essaouira (Shutterstock)

In Essaouria, on Morocco’s Atlantic coast, you can be haggling over a carpet in the city’s ancient medina one moment, kite surfing on its beach the next. Located just the other side of the sturdy 15th Century city walls, the beach is regarded as one of the best places to wind and kite surf in the world. It is also picturesque – grab a seat in one of the cafes overlooking it, order a mint tea and watch the world go by.