Time to party! 9 of the world’s most spectacular carnivals

From Rio’s famous Sambadrome to Notting Hill Carnival on the streets of West London, these colourful and cacophonous street parties are guaranteed to shake off the cobwebs and get you dancing... 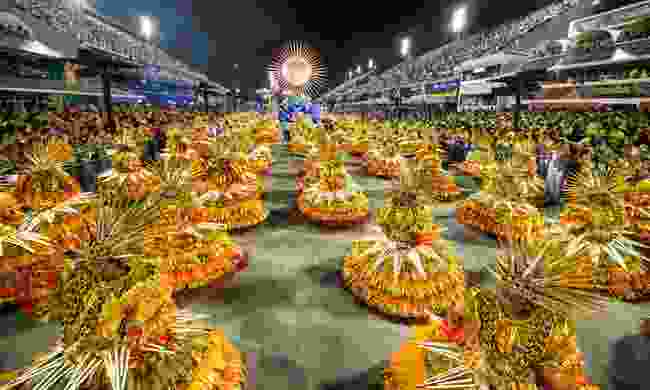 Welcome to the Sambadrome (Shutterstock)

The biggest, most spectacular and most famous celebration in the world, the Rio Carnival has become synonymous with the party spirit of both Rio and Brazil itself. The event usually takes place five days before Lent, however this year it has been postponed to late April. Rio is always guaranteed to become a cacophonous riot of colour and music.

At the purpose built Sambadrome, over 100 Samba Schools fight to be crowned the best, but there are parties, parades and music in neighbourhoods all over the city. 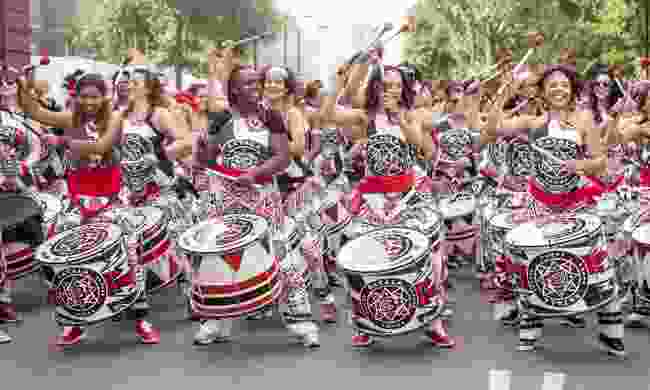 Billed as the biggest street party in Europe, the Notting Hill Carnival brings the colour, music and spirit of the Caribbean to West London every August Bank Holiday weekend.

Like in Rio, the parade is the central focus, but the party continues along the route long after the various Samba schools and drum groups have passed.

Shake your booty to calypso, soca, reggae and dub rhythms from roadside sound systems and tuck into delicious jerk chicken, fresh off impromptu grills. This is a party for everyone.

8 of London's quirkier sites to see during your stay 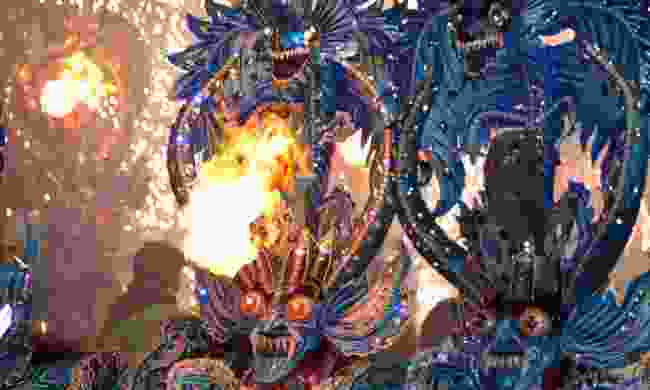 Dancing with the Devils at the Oruro Carnival (Shutterstock)

Held every year on the Friday before Ash Wednesday, the Oruro Carnival is a colourful mix of indigenous traditions and co-opted Christian beliefs, that culminates in a massive parade illustrating good triumphing over evil.

The carnival takes place in the town of Oruro, half way between La Paz and the Altiplano. It was proclaimed by UNESCO to be a 'Masterpieces of the Oral and Intangible Heritage of Humanity'.

Expect fireworks, smoke and noise as Pachamama (Mother Earth) battles Tio Supay (God of the underworld) in the Dance of the Devils. 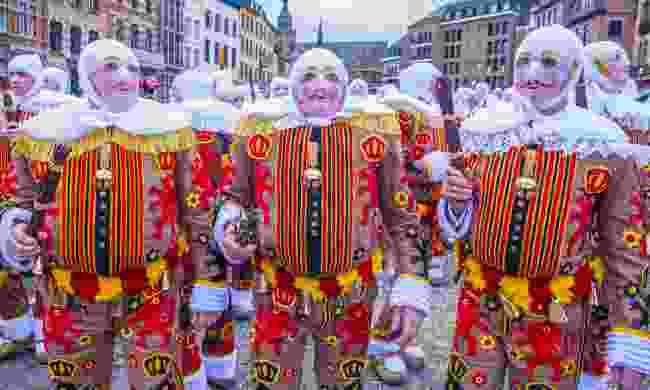 The unnerving Gilles at the carnival in Binche (Shutterstock)

Held every year in the days preceding Ash Wednesday, the carnival in Binche is famous for its Gilles, uniformly masked men who proceed through the city causing chaos is an attempt to scare off bad spirits.

Sticks are shaken, apples are thrown and hundreds of unnerving, unblinking eyes stare out threateningly.

The carnival has been declared a 'Masterpiece of the Oral and Intangible Heritage of Humanity’ by UNESCO, too. Despite the Gilles making the unlikely claim that they are the descendants of 14th century Incas... 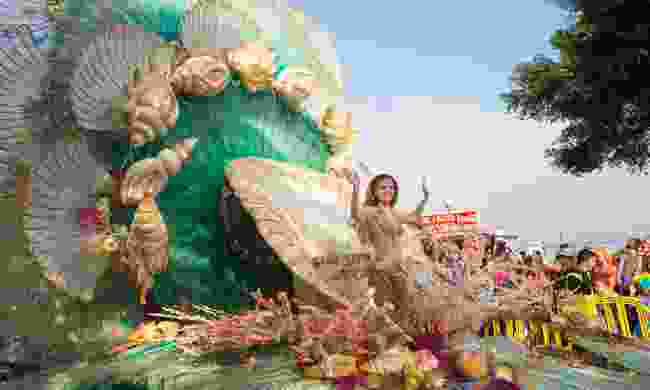 The Carnival Princess of 2018 (Shutterstock)

The Carnival of Santa Cruz de Tenerife is big, brash, loud and second only to the carnival in Rio in size.

Known as the Corso, it features hundreds of musical groups and dance troupes who parade through the streets of the capital playing and dancing.

The centrepiece of the parade is a huge float carrying the Carnival Queen, a huge honour to hold on these small islands. 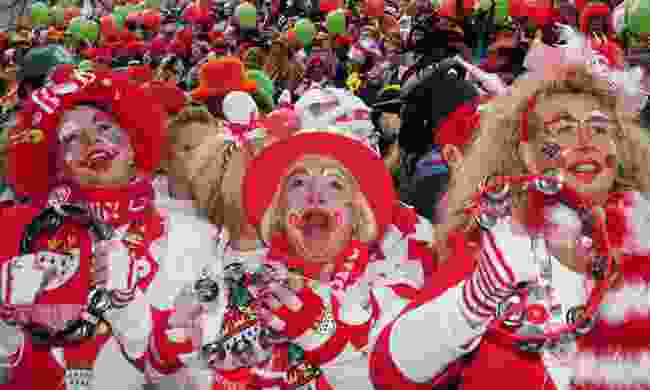 Getting clownish in Cologne (Shutterstock)

Ostensibly a huge fancy dress party through the streets of Cologne, the carnival here starts in November and meanders through the winter until February.

The main event is the parade on Rose Monday (also known as Shrove Monday), when a huge array of floats weave their way along Südstadt in the southern part of Cologne, throwing sweets and trinkets into the crowd, many of whom, inexplicably, are dressed as clowns. 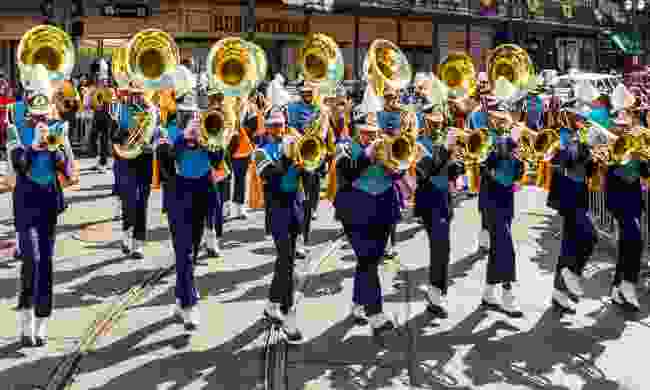 The most famous carnival in the United States, the New Orleans is a non stop cacophony of jazz bands, late night bar-hopping and an over-the-top parade in honour of mythological characters like Bacchus and King Zulu.

Running from early January with the Epiphany Feast on 6 January, all the way until Shrove Tuesday in February - Mardi Gras is famous for its beaded necklaces, thrown by revellers on the French balconies overlooking the parade.

Getting the most necklaces – and wearing them – is a point of pride for many of the party goers.

The things you didn’t know about Mardi Gras 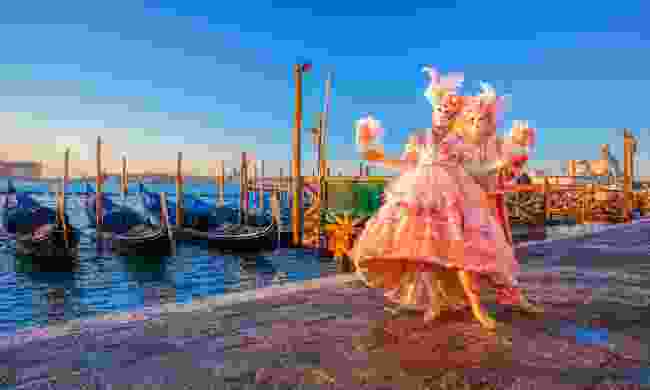 Held each February, in the run up to Lent, Carnevale di Venezia starts with a religious procession through St Mark’s Square.

Now one of the most famous masked festivals in the world, the sight of thousands of people wearing delicate masks made from leather, glass or porcelain is certainly one to behold, especially against the atmospheric backdrop of this grand old city. 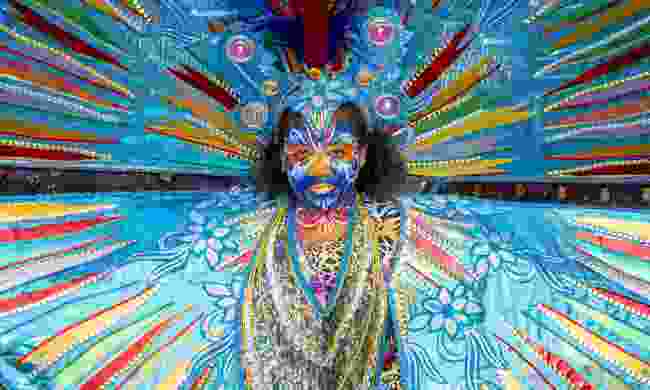 A young reveller at the Trinidad and Tobago Carnival (Shutterstock)

The carnival on Trinidad and Tobago started as a rebellion against slavery, but has transformed into one of the biggest street parties in the Caribbean.

Its heritage is reflected in the official starting time: 4am, a time of the day when slaves could gather without being noticed. Now, it is a joyful blur of steel bands, soca, limbo, calypso, and a whole lot of rum.

More fun festivals around the world:

5 festivals to add to your wishlist