Buckle up! The world’s 7 scariest airports

From mountain top tracks in the Himalaya to the ‘world’s most useless airport’, carved on cliffside in the Atlantic Ocean, these tiny strips of tarmac, dirt and sand are not for fearful flyer! 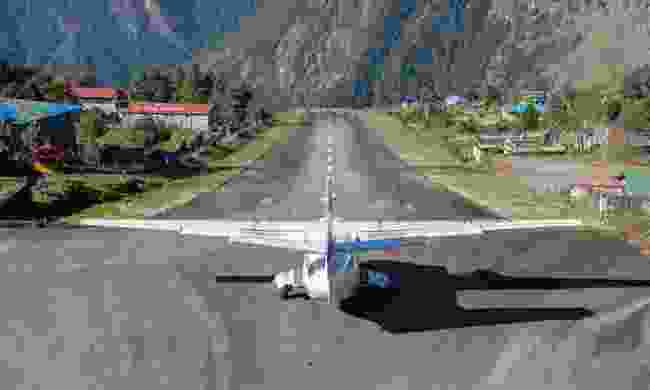 Getting ready for take off in Lukla (Dreamstime)

Tiny, treacherous and perched on the edge of the cliff, the Tenzing-Hillary Airport in Lukla, Nepal is regularly nominated as the most dangerous in the world. It is also interminably busy, especially in spring and autumn, the peak season for trekking and climbing in the region.

The airport was built in 1964 to cut the time porters took carry supplies from Kathmandu to Everest. Sir Edmund Hilary, the first man to climb Everest, originally planned to build the airport on flat land but farmers refused to sell because it was also their most fertile. Instead he bought a steep slope for $US635 and pilots have been dealing with the tricky slope, inclement weather and treacherous winds ever since. At once scary and scenic, the Princess Juliana International Airport is famous for the crowds that gather on Maho Beach, at the end of the runway, to be buffeted and tossed by the jet stream of planes flying low over the aqua blue bay.

The approach is notoriously tricky – pilots have to constantly check their instruments to ensure they maintain the correct altitude – but is nothing compared to taking off. That involves a sharp u-turn as soon as the plane is airborne to avoid the mountains that loom large at the end of the runway. 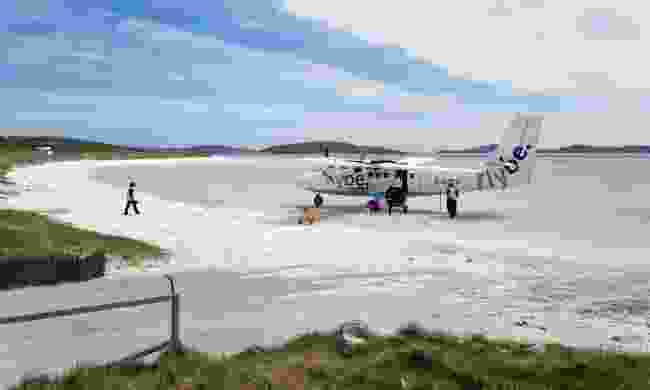 Situated in a wide shallow bay on the northern tip of the island of Barra in Scotland’s Outer Hebrides, the ‘airport’ at Eoligarry is the only one in the world where scheduled flights land on a beach. It has three runways, set in a triangle and marked by wooden poles, that can only be used at low tide. The British Overseas Territory of Gibraltar is only 6.8km² in size, so it is no surprise that its international airport is jostling for space. It’s tightly flanked by a bustling city, a busy harbour and the massive limestone Rock of Gibraltar, looming over the city.

It is also is intersected by Winston Churchill Avenue, one of Gibraltar's busiest streets. It cuts across the harbour end of the runway and has to be closed every time a plane lands or takes off.

Taking off on the runway at Matekane Air Strip in Lesotho is a little like a mother bird pushing its baby out of a nest and hoping it will flying. Perched high in the mountains, the runway is a measly 1,300 feet long. The drop at its end, however, is a staggering 2,000 feet.

The runway is often used by charity organisations and doctors to access remote villages in the area. They take their lives in their own hands to save the lives of others. The airport in Courchevel (Shutterstock)

Apart from it spectacular setting high in the French Alps, Courchevel airport really doesn’t have much going for it. The runway is short (1,788-foot), its gradient is steep (18.5%) and it is surrounded by ski runs. There is also a sheer rock-face drop at the end of it.

What makes landing at Courchevel so dangerous, however, are the Alps themselves. It is surrounded by high mountains on most sides. Once a pilot starts their descent they have to remain committed to it. At Courchevel, there is no ‘go around’. 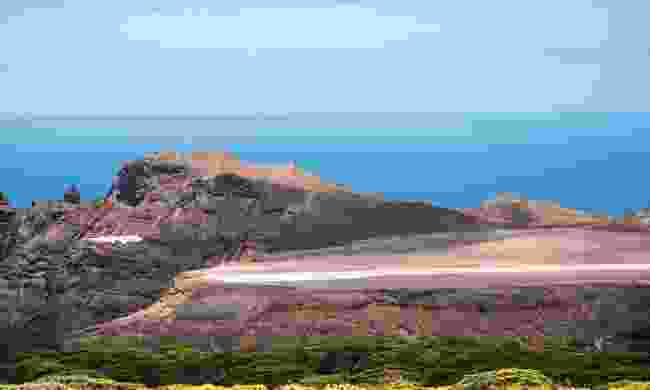 Only opened in October 2017, the airport at St Helena has had a long and troubled gestation. First conceived in 1999, it was finally completed in 2015 and immediately declared ‘non-functional’. Building an airport on the side of a cliff, it seems, wasn’t a particularly smart idea. The winds from the open seas were both strong and fickle and the airport was declared the most useless in the world.

Compromises were made and the plan for direct flights from London abandoned. At first, smaller Embraer jets, flying from Jo’Burg with a maximum of 76 passengers were used, with flights landing at the whim of St Helena’s fickly weather. Even when it is good, pilots effectively have to perform a ‘semi-emergency’ landing, making each flight a nerve wracking experience.