Walk on by: The world’s most iconic streets

From the tree-lined grandeur of Champs-Élysées to the Cajun charm of buzzing Bourbon Street, these iconic streets reflect the culture of their cities in a nutshell. How many have you walked along? 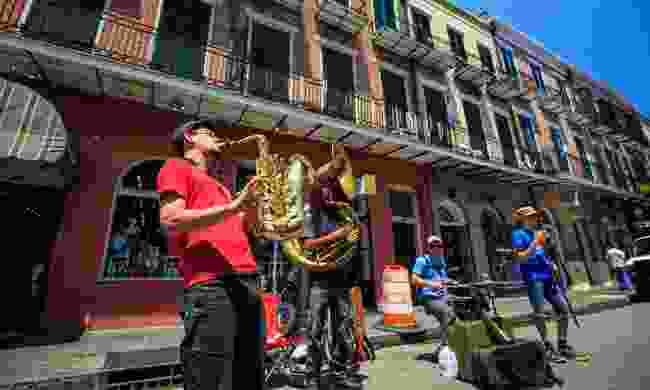 Intense and chaotic during Mardi Gras, lively and buzzing on any other night of the week, Bourbon Street in the heart of New Orleans‘ French Quarter is the city’s party capital. It was the first part of the city to bounce back after Hurricane Katrina hit and the first place visitors head in search of music, food and fun.

The street dates back to 1718 and was named after a French royal family, not the whiskey. It runs for 14 blocks from Canal Street to Esplanade Avenue and is home to some of New Orlean's most historic buildings. These days, most house bars and restaurants. flinging their shutters and doors open each night to enticing passing revellers with bright lights, incredible bands and a non-stop party atmosphere. 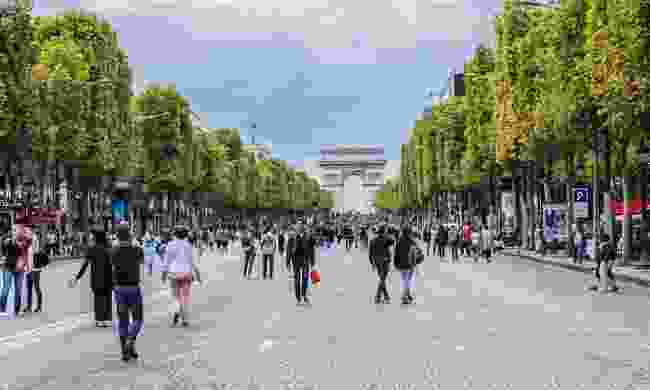 The Champs-Élysées, closed to traffic Dreamstime)

Drawing a perfectly straight line from the Louvre to the Arc de Triomphe, the Champs-Élysées is the most famous – and some would argue the most beautiful – boulevard in the world. Lined by trees, and home to countless cafes, luxury shops and theatres, it has played a central role in Parisian life since 1670.

Passing through the Jardin de Champs-Élysées, with its various museums and monuments, including the Grand Palais and Petit Palais, this boulevard has witnessed the most historic moments in the city’s history. Today it hosts the Bastille Day military parade and the final mile of the Tour de France. On the first Sunday of every month, cars are banned and the Champs-Élysées is reserved exclusively for pedestrians and cyclists; the perfect way to experience this most perfect of streets. 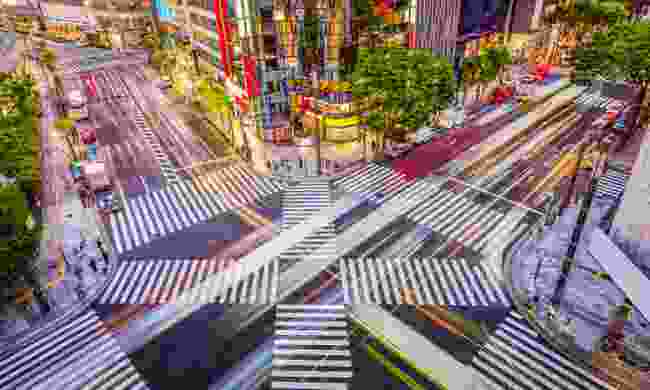 Destroyed by a fire in 1872 and bombed to oblivion during the Second World War, Tokyo’s Ginza district keeps bouncing back. Today it is a forest of blinding neon, futuristic fashion stores and pockets of traditional Japan. It is also home to the city's Kabuki theatre district.

Chuo Street is Ginza's main drag, and it is here, above Ginza Station, where you’ll find the famous Ginza Crossing, where the ebb and flow of countless pedestrians create a beguiling spectacle. Every Saturday and Sunday it is closed to traffic, allowing people to wander the street freely. 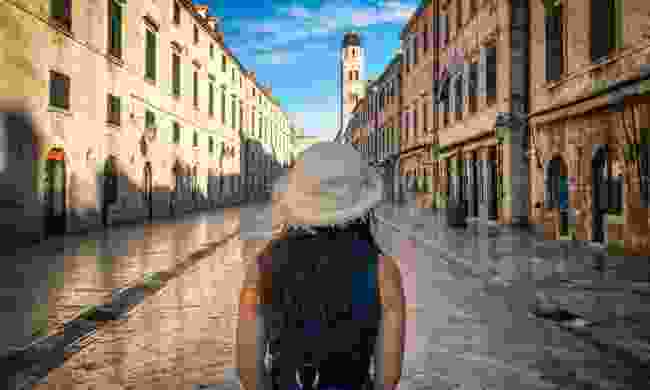 Lined by baroque buildings, made up of huge limestone flagstones, Stradun is the main thoroughfare through Dubrovnik's car-free old town. Uniform in colour and style, it leads between the old town’s two monumental arched gates – Pile to the west, and Ploče to the east. It is Dubrovnik’s most popular tourist attraction and, if the cruise ships are in, its most crowded.

People still live in the ancient houses tucked away in town’s labyrinth of medieval alleys, and if you visit early in the morning or late at night, when the crowds have thinned, you’ll see them walking and chatting on Stradun, going about their daily lives. You’ll also spot the hard core Game of Thrones fans retracing Cersei Lannister’s walk of shame, which was famously shot here. 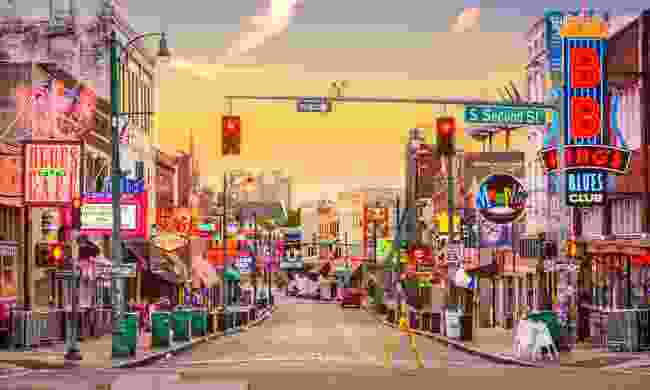 If you’re a fan of the blues then you’ll know Beale Street. In a city rich in musical history it is the epicentre – the place where legends like Louis Armstrong, B.B. King and Muddy Waters practised their craft and created the city’s distinct bluesy sound.

Three blocks of nightclubs, restaurants and shops in the heart of downtown Memphis, Beale Street continues to be a melting pot of delta blues, jazz, rock 'n' roll, R&B and gospel. It has been declared a National Historic Landmark District and remains serious about its music. Jam sessions at many of these clubs go deep into the night. Grab a beer and get ready to hear the best music of your life. 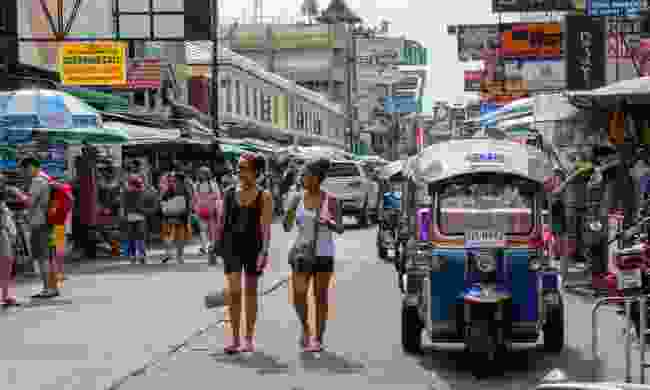 It’s not pretty and there aren’t any famous sights but Khao San Road continues to be the centre of the backpacker universe in Bangkok. Packed into this chaotic 1 km-long strip you’ll find countless budget guesthouses, internet cafes, bars, restaurants, massage parlours, travel agents, bookshops, market stalls, tattoo shops and backpackers. Lots of them.

The vibe, however, is infectious. Grab a window table at any one of the bars and get ready for some prime people watching – from wide-eyed newbies with their shop-fresh backpacks to the seasoned travellers wearing tie-dye and dreads. It’s popular with locals too, especially Bangkok’s hipsters and art students. 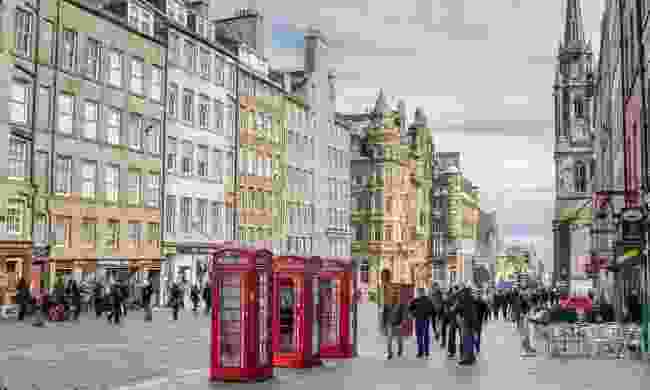 Strolling along the Royal Mile (Dreamstime)

Running through the heart of Edinburgh’s Old Town, the Royal Mile is a great way to see all of the city’s iconic sights. Starting at Edinburgh Castle, perched high on a base of volcanic rock, it leads to the Palace of Holyroodhouse, resting in the shadow of Arthur's Seat. Along the way it passes St Giles' Cathedral and the ultra-modern Scottish Parliament.

The Mile is overlooked by impressive, towering tenements, between which cobbled closes and narrow stairways interlock to create a secret underground world. Here you’ll some of the best eating and drinking spots in the city. During the city’s annual festival, you’ll also enjoy countless impromptu street performances from musicians, actors and street artists keen for you to attend their shows. 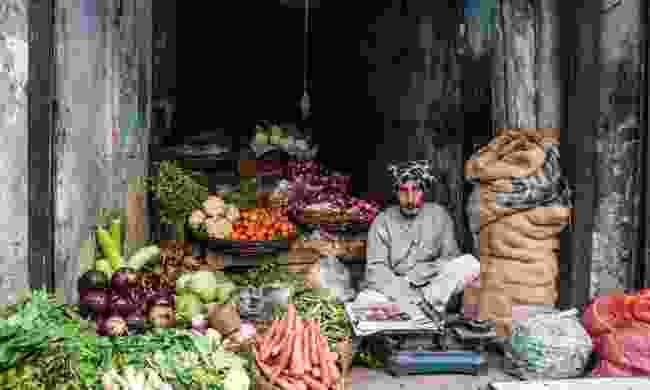 One of the oldest and busiest markets in Old Delhi, Chandni Chowk is mad and chaotic and an intense introduction to Indian life. Here, along with what feels like the entire population of Delhi, you’ll find markets selling spices, dried fruit, silver jewellery and vivid saris. Everyday household goods are found here too, as well as some of the freshest and tastiest street food in the city.

Chandni Chowk is not for the faint-hearted. It is cacophonous, jostling and relentless, an assault on all your senses. Thankfully the 17th-century Jama Masjid is nearby, offering respite within its red-sandstone walls. 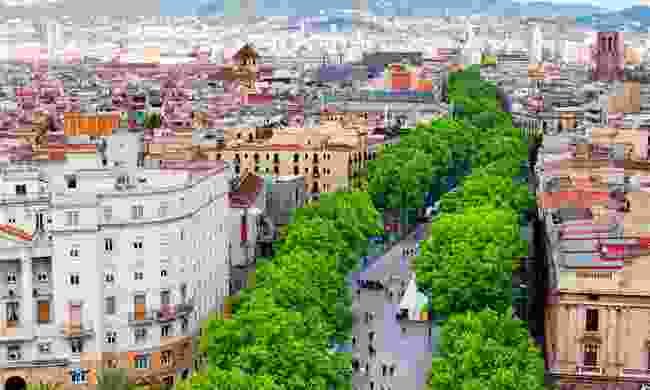 Look beyond the endless parade of the live human statues and crowds of tourists and it’s still possible to see why the Spanish poet Federico Garcia Lorca wrote that that La Rambla was “the only street in the world which I wish would never end.” The massive trees that line it provide cool respite from the harsh Catalonian sun, and dotted amongst the inevitable tourist stalls you’ll find bars, cafes and theatres where local Barcelona folk live their lives as they always have.

La Rambla stretches for 1.2 kilometres, connecting Plaça de Catalunya in the centre with the Christopher Columbus monument at Port Vell. Keep an eye out for the beautiful Joan Miro mosaics set in the pavement, the weekly flower market at Rambla de Sant Josep, and Rambla dels Caputxins, the former Capuchin monastery that is now an opera house. 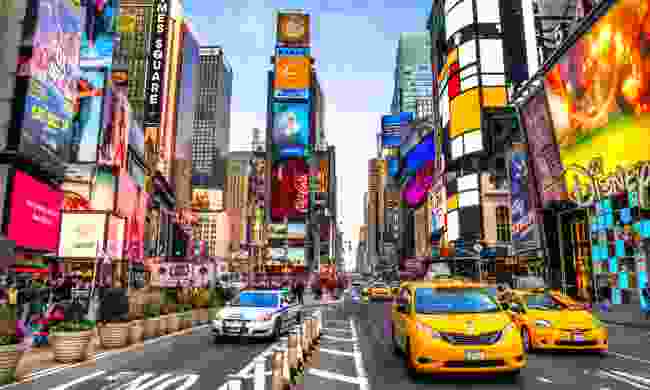 Home to the most famous theatre district in the world, they say that if you can make it on Broadway, you can make it anywhere. Catch a show at any of the theatres between 42nd and 53rd streets, The Great White Way, and you’ll see why.

Broadway is the oldest north-south main thoroughfare in New York City, dating to the first New Amsterdam settlement. Indeed, the name Broadway is the literal translation of its old Dutch name, Brede weg. It is also the home of arguably New York’s biggest tourist attraction, on the corner of Broadway and Seventh Avenue. You probably better know it as Times Square. 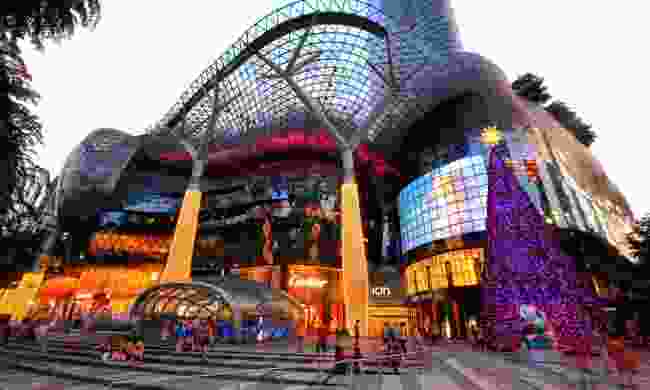 In the 1800s it led to nutmeg, pepper and fruit orchards. Today it is one of the most famous shopping districts in the world. One thing is for sure - spend any time in Singapore and sooner or later you’ll end up on Orchard Road.

The local tourist board claims that it is Asia’s most famous shopping street and they are probably not wrong. Orchard Road is 2.2 kilometres of glittering shopping malls, high-end hotels and countless restaurants, bars and cafes. Get ready for your credit card to take a beating.