The world’s most beautiful botanical gardens

Repositories of rare plants, an oasis of calm and places of extraordinary beauty, these stunning botanical gardens are the living, breathing heart of the cities they serve... 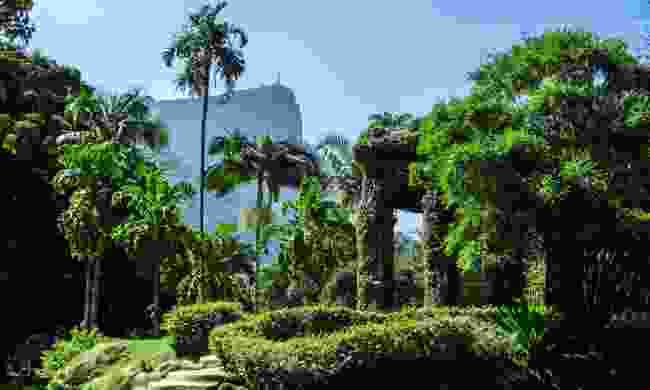 Jardim Botânico. Under the watchful eye of Christ The Redeemer (Dreamstime)

Lying at the foot of Corcovado Mountain, under the watchful eye of Christ the Redeemer, the 140-hectare Jardim Botânico in Rio is home to over 6,500 species of plants.

Founded in 1808 by King John VI of Portugal, the park was originally intended to acclimatise spices like nutmeg, pepper and cinnamon from the West Indies before they were imported to Europe. It was opened to the public in 1822, and continues to be one of the most important botanical research sites in Brazil.

The gardens are also popular with birdwatchers, who come to observe the rare white-necked hawk, which is easier to spot here than in the wild. 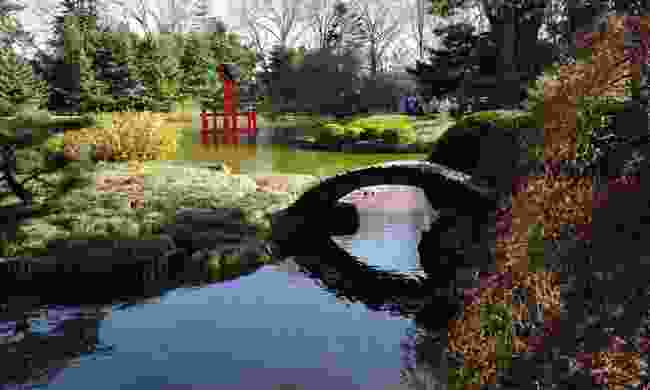 Located in the Prospect Park neighbourhood, this 52-acre garden was founded in 1910 and has over 900,000 visitors each year. It boasts over 200 cherry trees, including 42 different species and cultivated varieties, making it one of the best places outside of Japan to experience cherry blossoms.

The Steinhardt Conservatory houses an extensive collection of indoor plants in three climate-controlled pavilions, one each for tropical, warm temperate, and desert floras. There’s also an art gallery and a Children's Garden that is the oldest continually operating children's garden within a botanic garden in the world. 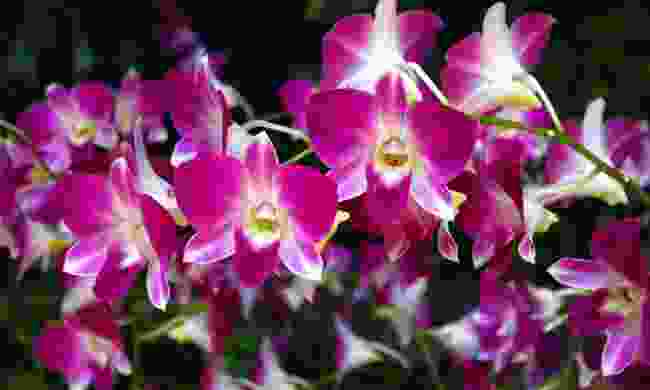 The Singapore Botanic Garden has sat on the edge of busy Orchard Road for over 158 years and is the only tropical garden listed as a UNESCO world heritage site. It is also something of a Mecca for orchid lovers, with over 20,000 examples of this delicate flower dotted around the grounds.

This 183-acre botanical garden also has a children’s garden, an evolution garden, a ginger garden, a rainforest and troops of wild monkeys. It is also one of Singapore’s most popular tourist attractions. 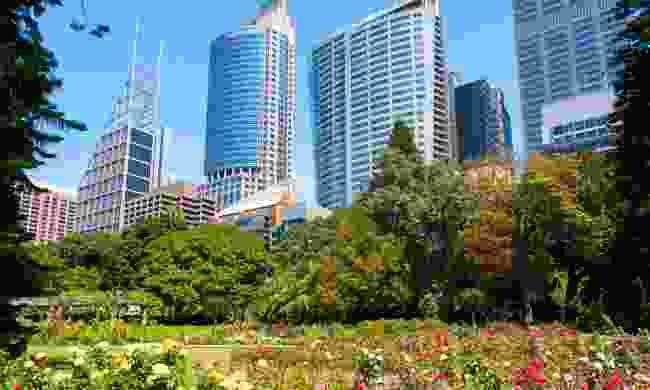 On the edge of the CBD (Dreamstime)

Sitting on the edge of Sydney’s towering central business district, the Royal Botanical Gardens occupy a prime spot on Sydney Harbour, with the city’s stunning Opera House sitting on its western gate. Opened in 1816, the garden is the oldest scientific institution in Australia.

The park was also home to a huge flock of fruit bats, estimated to be over 20,000 strong at times, who were controversially moved on by playing loud music in 2013. Ironically, the bats  moved to native bushland in the north of the city that was earmarked for destruction to make way for a road. The building of the road has been delayed pending an environmental assessment on the welfare of the bats. 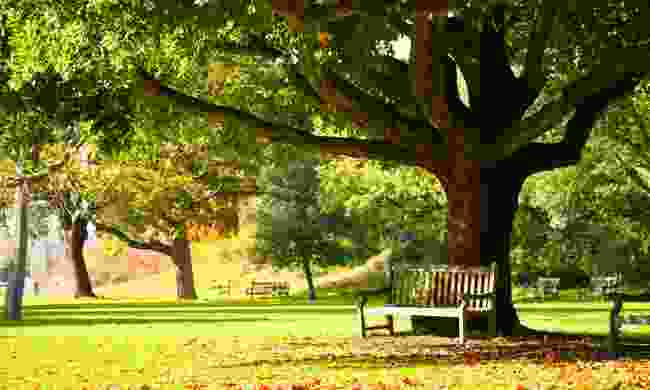 Bench under the tree in the Royal Botanic Gardens (Dreamstime)

The Royal Botanical Gardens, beside the Thames in Kew, is home to the world’s largest collection of plants. Founded in 1840, it has over 30,000 different kinds of plants, one of the world’s largest herbariums and a library with over 750,000 volumes, including priceless texts by famous botanists like Joseph Banks.

The park also includes a Water Lily House, a Temperate House, a Palm House and a Conservatory and one of three botanical gardens that is listed as a UNESCO World Heritage site. 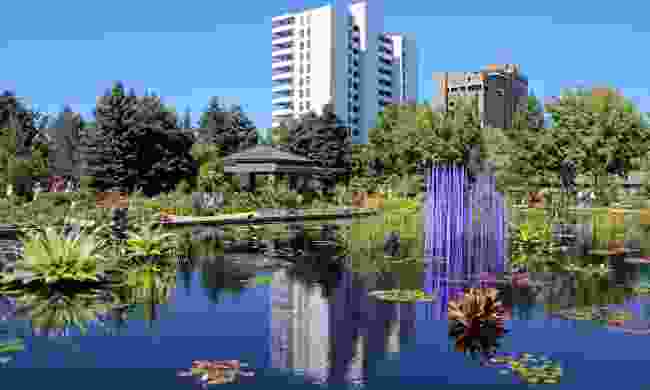 Not only does the Denver Botanic Gardens feature North America's largest collection of plants from cold temperate climates, it also boasts a sunken amphitheatre that hosts concerts during the summer. So after checking out the alpine wildflower garden you could be rocking out with Melissa Etheridge or getting your groove on with Chaka Khan.

The 23 acre gardens are set atop the old Prospect Hill cemetery. While most of the bodies were removed in 1893, some of them notorious bandits from the days of the Wild, Wild West, more have been ‘recovered’ since, including four graves uncovered during renovation of the park's irrigation and sprinkler systems in 2010. 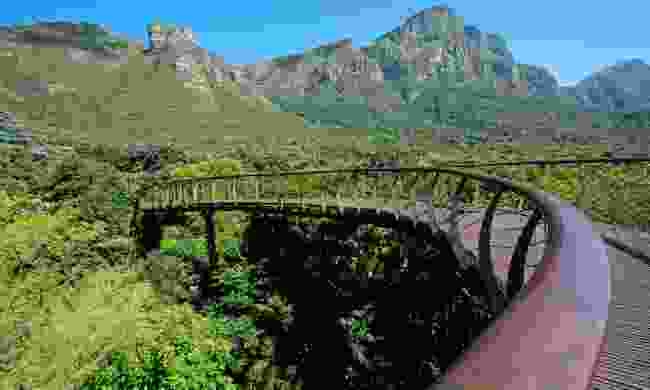 Set against the eastern slopes of Cape Town’s Table Mountain, the Kirstenbosch National Botanical Garden is one of the most beautiful in the world. It was the first to be listed as a UNESCO world heritage site and one of the few in the world to only cultivate indigenous plants. And to think it was once a dilapidated farm, overrun with brambles, wild pigs and rusting farm machinery.

The centenary of the founding of the park in 1913 was celebrated with the building of the Centenary Tree Canopy Walkway, a curved steel and timber bridge that winds and dips its way through and over the trees of the Arboretum. It was inspired by a snake skeleton, and is nicknamed the ‘The Boomslang‘ (tree snake) by locals. 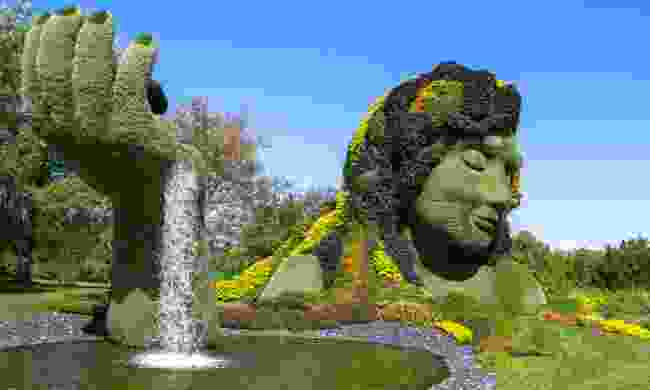 Mother Earth at the Montreal (Dreamstime)

The Jardin botanique de Montréal was founded in 1931 and remains a popular oasis in the heart of the city. It includes a Chinese Garden with a collection of bonsai and penjing, a Japanese Garden which is populated with Japanese plants and a First Nations Garden, populated solely with Canadian plants.

The park is also famous for its quirky art installations. 2018 sees a pathway lined with animal shelters, all of them built to human scale. Visitors are encouraged to step inside and experience the the kind of accommodation favoured by Quebecs mammals, birds and insects. Set on 500-acres of rolling hills and valleys behind Pattaya, the Nongnooch botanical garden is the brainchild of a Mrs Nongnooch, who was inspired by the beauty of world renowned gardens to turn her fruit orchard into a tropical garden of ornamental flowers and plants. Opened to the public in 1980, it quickly became one of the region’s most popular attractions.

The gardens are a beguiling mix of Thai architecture and European-style gardens. There is a French garden and a European garden as well as more tropical treats like a flower valley, orchid garden and ant hill. A Dinosaur Valley, featuring life size replicas of oviraptors, styracosaurus and cyrolophosaurus, is a recent addition to the park’s attractions.

Now discover the best places to see flowers in the world