Known to few travellers, these four outposts are the living essence of the Sahara...

Chinguetti. Ouadane. Tichitt. Oualata. Although they may lack the cachet of that most famous of caravan towns, Timbuktu (only 45 days from Chinguetti by camel), these four outposts deep in the Mauritanian Sahara are no less historical. Situated in a loose arc across Mauritania, they sit at the very fringes of human habitation in the country, pinprick outposts overlooking the plains of rocky desert and shifting erg dune seas beyond.

Known as ksour, these fortified villages derive their name from the Latin castrum – castle – and their high stone walls and narrow pedestrian alleyways more than look the part. Founded in the 11th and 12th centuries, each was once an important caravan town for the trans-Saharan trade, hosting camel trains more than 1,000 animals long ferrying salt, gold and slaves across the great desert. Though today wheels typically outrank hooves, it’s still possible to spot camel trains hauling massive, hand-hewn blocks of salt, particularly in Tichitt, the remotest of the four towns. 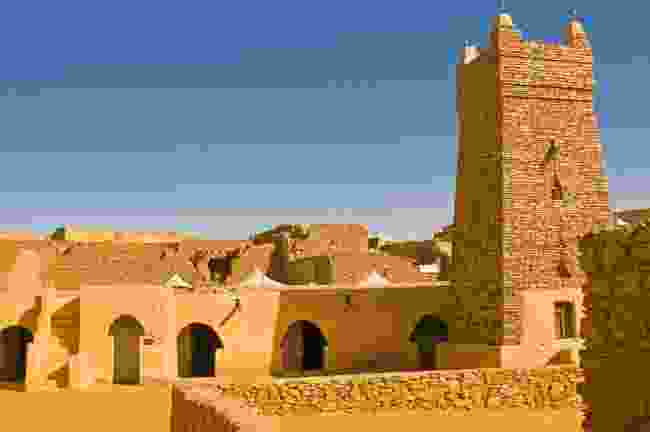 The Chinguetti Mosque was created around the 13th century (Alamy) 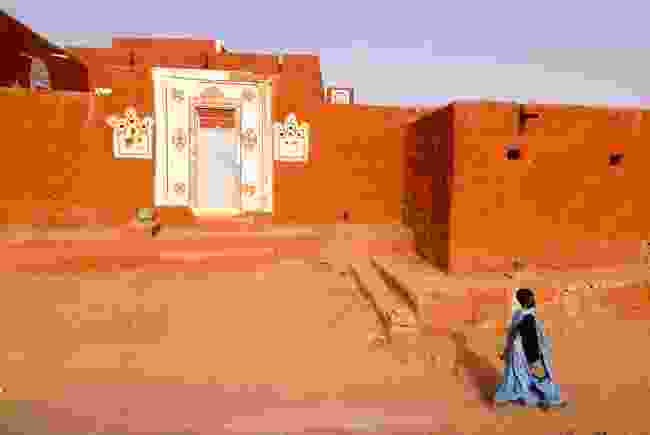 The four ksour were also hubs of Islamic scholarship, and served as the last outposts for pilgrims setting off towards Mecca on hajj. Though would-be hajis today instead head for Nouakchott airport, this rich Islamic heritage lives on in the centuries-old manuscripts kept in private libraries here; the leather-bound texts have been preserved by the bone-dry desert air, yet remain fragile – not unlike the towns themselves.

Indeed, these once-bustling centres of desert life today cut something of a forlorn figure, far from modern trade routes, with many of the traditional buildings having collapsed and dunes lapping at the edges of town. The largest of the ksour,  Chinguetti, once boasted more than 20,000 residents, but today is home to fewer than 3,500. This still makes it the biggest, though, as Ouadane, Tichitt, and Oualata count fewer than 1,500 hardy souls each. Partly in response to their risk of being abandoned – or literally vanishing under the encroaching sands – the ksour were inscribed as UNESCO sites in 1996.

Chinguetti in particular retains an outsized importance in the Mauritanian psyche (and tourism industry) that belies its much-diminished size. The city’s 5-pointed minaret, famously topped with clay ostrich eggs symbolising purity and fertility, remains Mauritania’s most iconic symbol, and Chinguetti is often said to be the 7th-holiest city in Islam (although no one seems to know which is the 6th). The squat stone minaret in Ouadane is similarly crowned, and these unusual ovoid embellishments serve as an elegant reminder of how the desert both connects and divides: ostrich eggs also adorn some of the famed earthen mosques along the Niger River, over 1,100km away.

The ruins of the World Heritage Sight of Ouadane (Alamy)

Though part of the same UNESCO site, the ksour are geographically distant, and it’s a rare traveller who manages to visit them all. Chinguetti and Ouadane sit on the Adrar Plateau, a broad, rocky highland cut through by gorges and wadis that shelter a small archipelago of green oases and orchards. They are readily accessible from the nearby modern city of Atar, or delightfully, you can still spend a week travelling between the two by camel.

Tichitt and Oualata sit far to the south-east, along an 800km escarpment fringing the Aoukar Depression, where along with the two ksour, the stone remains of hundreds of prehistoric villages dot the cliffs. Uniquely among the ksour, Oualata’s buildings are plastered in banco mud and decorated with striking red-and-white bas-reliefs. Getting to either is no easy task, however, and barely a handful of tourists reach either village every year.

But whichever village you choose, the homes and families of the ksour have hosted travellers for centuries, and you’ll be greeted with a heartfelt ‘bismillah’ – welcome. 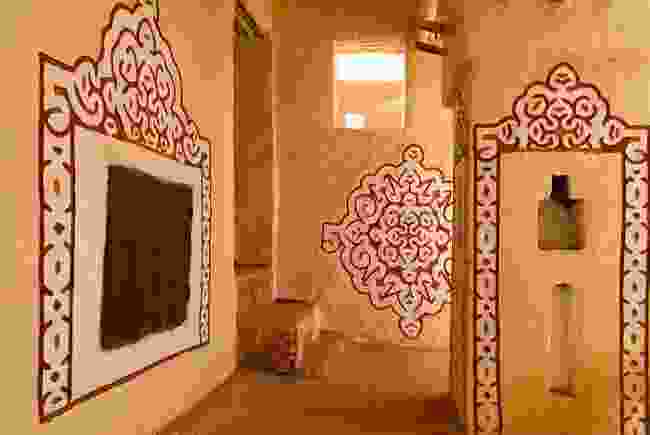 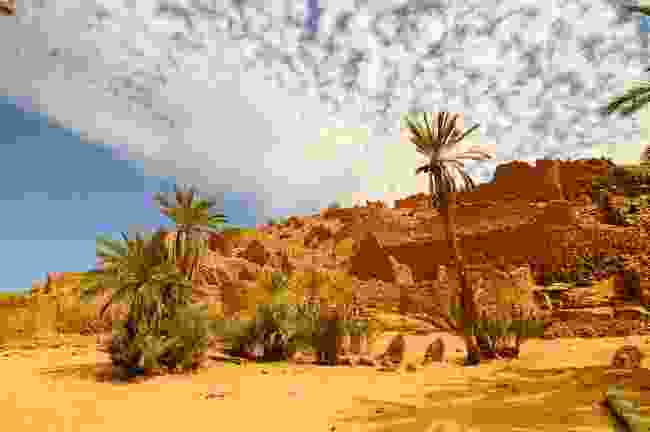 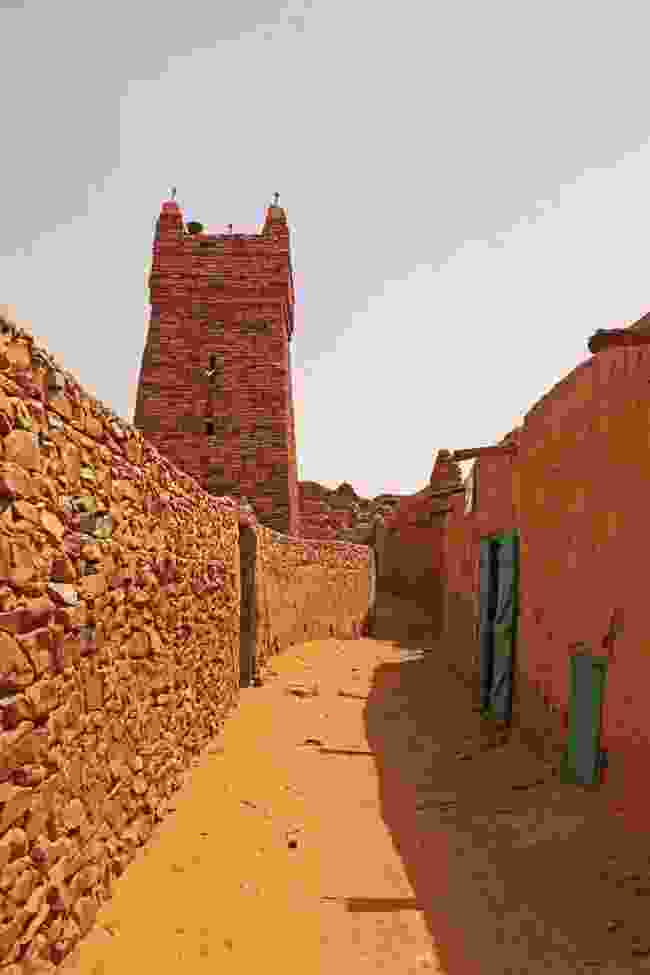 Getting there: From the UK, connect to Nouakchott daily via Paris (Air France) or Casablanca (RAM), or twice-weekly via Gran Canaria (Binter Canarias & Mauritanian Airlines). Connections from London take around 9–12 hours; from £55 return. Weekly (Dec-Mar) charter flights between Paris and regional capital Atar with Pointe Afrique are most convenient.

Getting around: The ksour are remote, and public transport challenging. A good tour agency (and vehicle) can therefore be key. Native Eye and Lupine Travel run scheduled trips, and Time 4 Mauritania arranges custom itineraries.

When to go: Nov-Mar is best, with highs around 30–35° and cool nights – other times can be truly scorching.

Accommodation: There’s at least one guesthouse with basic rooms (under £20) and meals (£5) in each ksour, but many opt to sleep out under the stars, either on the roof or in a khaïma tent.