A UK charity has marked 23 June as the first World Female Ranger Day, shining a light on the vital – and often dangerous – work needed to protect wildlife from poachers

Elephants, rhinos, lions and other wild species are at risk of extinction as a result of poaching and loss of habitat caused by human activity.

According to the International Union for Conservation of Nature (IUCN)’s red list of threatened species, the forest elephant is now critically endangered, while savanna elephants are endangered.

Covid-19 has only made the situation worse, crippling tourism and therefore funding for conservation projects. The knock-on effect of this is huge: as well as reducing vigilance in tourist hotspots – leaving wildlife more vulnerable to poaching – entire communities can be effected from a ranger being made redundant or having a salary cut, as one ranger can support up to 16 family members.

But now there’s hope, as the UK charity How Many Elephants (HME) – founded by Holly Budge – has co-founded the first annual World Female Ranger Day (WFRD) to shine a spotlight on female rangers. The first year will focus on Africa. 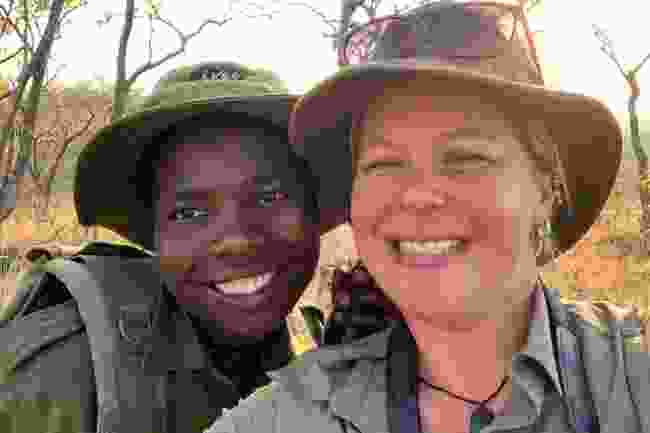 An Akashinga ranger with Holly Budge (How Many Elephants)

Holly says, ‘Having spent time on the front line with multiple all-female anti-poaching units in Africa, it’s evident why the female ranger movement is picking up such momentum. These women are proving to be highly successful as they ease local tension and strengthen relationships within their communities.

‘WFRD will celebrate these women but will also highlight the significant gender imbalance in environmental conservation. Through the WFRD initiative, HME aims to collate gender-specific data about female anti-poaching rangers. This will enable us to identify their needs, find tangible solutions and help build effective policies to contribute towards positive outcomes for female rangers and conservation as a whole.’

Environmental conservation has traditionally been the preserve of men, as the work is often outdoors, dirty and dangerous. 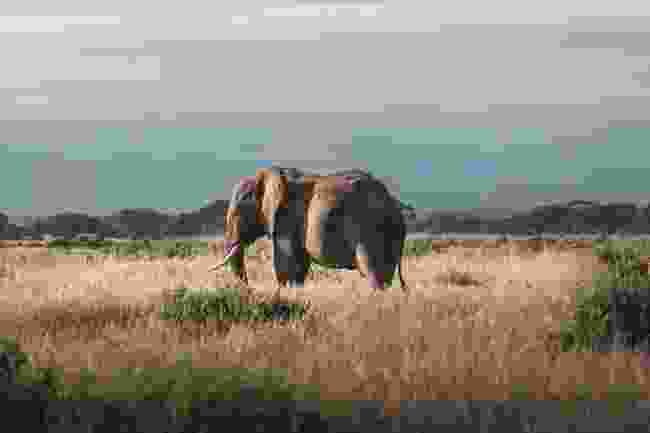 Less than 11% of the global wildlife ranger workforce is female, but female rangers are proving that they are capable of succeeding in traditional male roles – which is transforming attitudes towards the role of women in Africa and beyond.

Leitah Mkhabela, 28, is a ranger from the Black Mamba Anti-Poaching Unit in South Africa. Leitah says, ‘We cannot do it by ourselves. We need more eyes, more people helping us. When I started as a Black Mamba, people were scared of the training we went through. People said this training is for men and we couldn’t do it because we are women. The hardest part was that even women were looking down on us. But people started to come around once the impact of the female rangers was clear. It has helped women in the community to see themselves differently. People have seen how we want to do this and so many women have started to support us.’

As well as saving wildlife and reducing community tension, the project aims to empower women by giving them access to healthcare and higher education and turning them into breadwinners and property owners – making it a win-win initiative.

The initiative has already seen results. Nyaradzo Hoto, 29, was forced to drop out of school and ended up in an abusive marriage – but in 2017, she joined the Akashinga Anti-Poaching Unit in Zimbabwe. She’s now a ranger and studying wildlife ecology and conservation at the Chinhoyi University of Technology. Her regular income has allowed her to purchase land and build a house.

Sithabile Munenge, 33, has a similar story. Sithabile used to sell tomatoes on a dusty road to make money to feed her children – but now she’s a community ranger for National Park Rescue in Zimbabwe. She says, ‘It wasn’t enough to look after them. Usually men are the first preference to be employed by companies. But now I have the respect of my community, and I will be able to build my children’s future.’

Since 2013, the Black Mambas in South Africa has seized and dismantled more than 1,500 snares, and record numbers of poachers’ camps have been destroyed. The number of snaring and poaching incidents in Balule Nature Reserve, where the Black Mambas operate, has fallen by 76%.

Rangers’ work needs to continue, and that’s why Holly has established World Female Ranger Day. As well as boosting awareness and fundraising, How Many Elephants is working to provide a platform to enable female anti-poaching rangers across the world to share their stories and offer and receive advice.

Find out more by watching the video below and visiting worldfemalerangerday.org