Will Millard: "It’s about having new experiences"

Will Millard's searingly honest documentary series on his encounters with a Papuan tribe highlighted ethical dilemmas and a changing society. His next adventure? We reveal all

Will Millard is having a very big year. So far, he’s launched his controversial series My Year With The Tribe, just released his book The Old Man and the Sand Eel – seeing him travel the UK in search of a fishing record – and is currently filming his new series Hidden Wales, exploring his adopted home country. Oh, and he’s just had a kid too.

But it’s My Year With The Tribe that’s really grabbed headlines. Spending time in Papua with the remote Korowai people, Will discovered that previous documentaries had been somewhat economical with the truth about quite how media-amenable the Korowai already were, leading to at least one reputable programme having to publicly apologise. But as Will - and we – get to understand the people he’s staying with, tensions emerge that result in Will and his crew essentially getting robbed in the final episode. It’s a fascinating, brutally honest, often self-lacerating programme, a far cry from the glossy docs that we’re used to.

You can certainly see why Will’s takes refuge in his beloved fishing for The Old Man and the Sand Eel – and in need of a break. When we say ‘Manop Topido’ to the one-time Papua expedition leader, well used to those dense, often-brutal jungles, he’s chilling in a decidedly non-rugged stretch of Lanzarote…

My Year With The Tribe has certainly ruffled a few feathers…

Oh mate, let’s not sugarcoat it. The press has been divided down the middle, and then online…

I’d say 90% has been positive, but then on Twitter some really harsh stuff has been written. But you’ve got to take it on the chin. With a lot of the criticism I could see where people are coming from, totally. Clearly I made mistakes during that year and people are right to go in on me on some of the things that I did. I take shots at myself.

We wanted to film the documentary without people going out there and ironing out the creases before I arrived. We wanted to be as real as possible and more in line with my own experiences of West Papua as an expedition leader on my own. I didn't expect to walk into such a massive story too. I think it’s a lot for the audience to take: it is the unvarnished version of the truth and that’s always going to create some level of controversy. 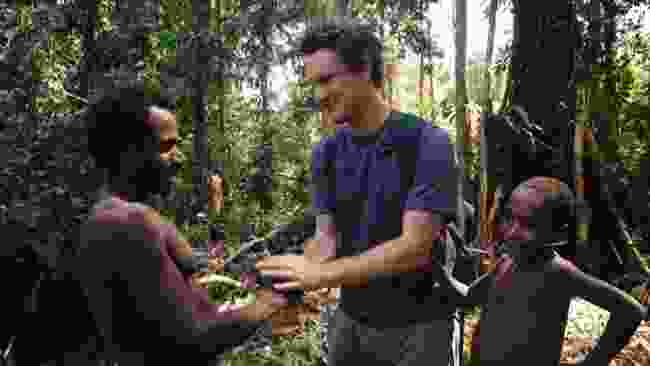 After a positive first meeting, Will promises to return to spend time with August and his son, Sun (BBC/ KEO Films)

“I’ve always accepted that when you go into Papua, you can have an idea of what you want to do but it’s going to change.”

How did the narrative of the documentary change in comparison to your original proposal?

I think if you’re going to make a proper documentary, the onus is on you to obviously tell the truth but also to allow an idea to develop. I’ve never gone to Papua and come back with the satisfying project that I set out to do.

For example, the first expedition that I tried to do in 2007, I was caught in quite a difficult part of the mountain range there; I was interested in intertribal trade and how the major routes in Papua communicate with each other through trade items. But I ended up doing something on the swampland societies on the border of Papua New Guinea. In 2009, same thing happened: I tried to go across the mountain range and got arrested, and ended up making something about salt trade in the far west.

2012 was my biggest disaster though. I ended up walking into a completely uninhabited 400 square-mile patch of rainforest that I thought was part of this intertribal trade route and it wasn’t. My expedition partner and I did a month where we were essentially starving in the forest trying to get ourselves out of this situation where we had no food, in a really hostile forest filled with snakes and really horrendous conditions; we barely walked away with our lives.

I’ve always accepted that when you go into Papua, you can have an idea of what you want to do but it’s going to change.

The year-long premise of the show means you get to see this transition over the course of the year...

The Korowai are very specific people. One of the things that set them apart from the other groups that I've worked with in Papua is that they’re not used to living in a village structure. The Korowai traditionally lived independent from any villages in family units. They lived spread out across this massive patch of rainforest in tree houses – not giant tree houses — in their own family units.

The Korowai are naturally mistrusting of strangers. To them, everyone is a stranger and they’re suspicious of everybody. The reason they live the way that they live is that they’re essentially living between two powerful tribal clans – the highland tribal clan and the Asmat people, who are these notorious headhunters back in the day. And they’ve been pushed into the marginal forest environment where they lived in scatted family communities.

“Some of the things we didn’t show was how chaotic it was just living in that village. The year that we were there, someone burnt down the head man’s house over a dispute over money...”

Scroll forward to the modern era, and the Indonesian government are putting a lot of pressure on Papuan society to become more modern-looking and they’re investing money into building these villages. They’re chucking loads of money at getting these traditional societies to live in these so-called modern ways – but you’re making a group of people that have never traditionally lived together live in a village environment.

Some of the things we didn’t show was how chaotic it was just living in that village. The year that we were there, someone burnt down the head man’s house over a dispute over money; another Korowai got into a fight with another chief, over petrol for his boat. There were constant disputes over these sort of new-fangled technologies, as they become part of a cash economy.

If you went back now, you probably wouldn’t capture what we captured that year. I believe the two biggest transitions – the one of Haup and Halap saying goodbye and leaving life in the forest, versus the chaos of that first generation of people living the village set up – I think that’s really unique. 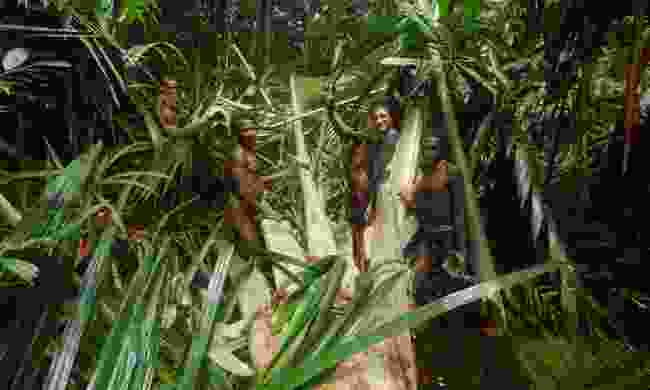 What advice would you give to people wanting a ‘local’ experience in remote places?

We have to question why we hold tribal or remote communities to a different standard to how we hold our own. Does it matter if the San Bushmen in Namibia put on a performance for your benefit of their traditional cultural identity? For me personally, I don’t think it does and that’s one of the things I try to bring out in the series.

I would say be responsible about where you go, but don’t go to places expecting people to act and behave in a certain way because you’ve seen it on TV or you've read about them. Certainly don’t judge people if they don’t behave the way you expect them to.

The funny thing is that if you talk to people who travel, most people don’t turn around and say, ‘oh, I saw the most incredible tribal dance.’ They talk about a friendship that they made or the homes that they stayed in. It’s about having new experiences, not about trying to pigeon-hole cultures and people against an idea that you've predetermined for them. Don’t go out there questioning peoples authenticity, go out there with an open mind.

You’ve been to Papua many times. What would you recommend?

The central highlands of West Papua are great and if you time it around the Baliem festival you’re in for a real treat. The Raja Ampat islands are the jewel in the crown of the whole Coral Triangle, with the best diving and snorkelling you’re ever likely to experience. You can swim with whale sharks out on Nabire Bay, and spot birds of paradise as well. 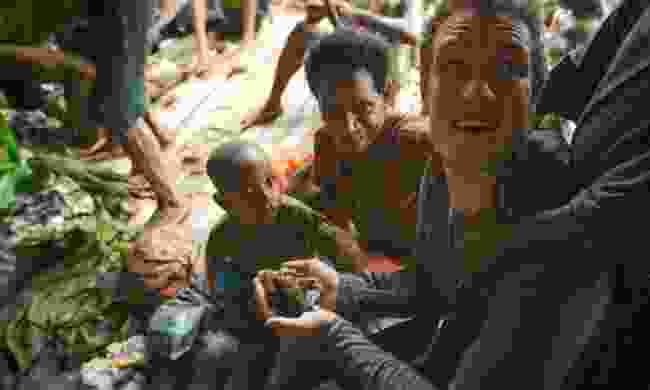 On arriving at a festival, Will is greeted by August and his sons with handfuls of fresh sago grubs (BBC/ KEO Films)

In between filming in Papua, you were travelling around Britain writing your book. That’s a big contrast of experiences, isn’t it?

It is a big contrast but there is crossover. I’ve written an article, which explains it better than I really can. I’ve had a lot of adventurous experiences and fishing is something that grounds me. There’s some interesting research that’s happening now in the UK about the therapeutic benefits of angling. Fishing is the first thing I do whenever I get home from any kind of hardcore expedition. I head to the rivers and lakes, and sort of throw my problems into the water.

The book took two years. I’d lost a British record catch, a greater sand eel off the coast of Dorset and I was gutted. So I've spent two years travelling the length and breadth of Britain and it takes me across the whole spectrum of places that you can fish – everything from crumbling urban docklands, right up to the tweed-covered heart of Scotland and the great salmon fishing rivers.

It’s not just a fishing book, it’s a natural history book, but really it’s a book for anyone whose got an obsessive side to them in terms of their hobbies and the reasons why we often look towards water to solve our problems.

Obviously I finished the Papua series in a major trauma and fishing had never been so important for me. 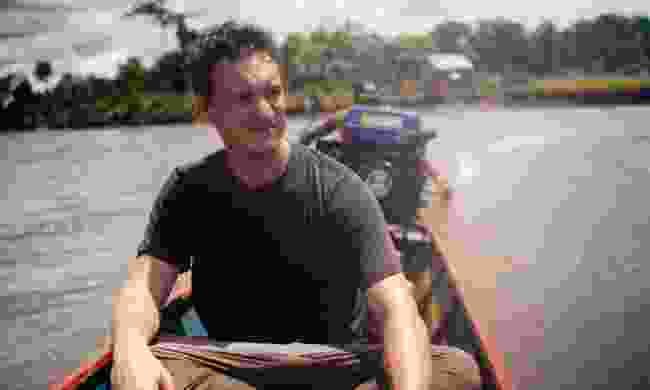 After a dramatic and challenging year with the Korwai people, Will finally heads home (BBC/ KEO Films)

You’re currently filming the follow-up to Hidden Cardiff, Hidden Wales. What secret tips would you recommend for Wales?

But for now I actually like going to nice stately homes. Places like Insole Court in Cardiff – that’s really beautiful. Also Cyfarthfa Castle, which is a really nice old mansion that was owned by a family called Crawshay, who came from humble means and ended up kickstarting the Industrial Revolution in Britain. The iron works themselves are hidden away from the main road, so if you go to the Brecon Beacons for a day from Cardiff you have to drive over the top of them. Well worth pulling off for.

This is secret hidden history that no one ever goes to see and you can actually walk into these incredible iron works and that is amazing. To be stood in that history, and think, ‘bloody hell, all the great industrial cities were built off the back of what happened here.’

Where’s next for you?

North Wales is next for Hidden Wales. We’re going to be diving on the Resurgam submarine, which is something I’ve always wanted to do. It’s a wooden submarine – surprise, surprise it sunk – but it’s an amazing thing to see. It’s going to be focused around North Wales.

Now My Year With The Tribe is out there we’re going to start looking to pitch what’s next. I’d like to learn French and go to the Congo. I think Indonesia still has so many stories out there. I’ve never been to South America. The world’s out there, isn’t it? But with a kid now, your priorities change. We’ll see. 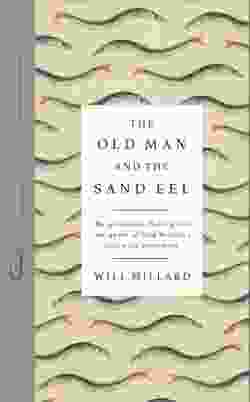 The Old Man and the Sand Eel is out now and available to buy online. Hidden Wales is due to be published later this year.