5 incredible species to find on the Isle of Wight

As a child, I would visit the Isle of Wight every year. My family and I would religiously pack the tent into the trailer and head the short drive South to catch the ferry from Portsmouth. For a young naturalist, these were the days when I cut my teeth exploring. On the ferry over, I would dream, with my head full of butterflies and a bucket list of the things I hoped to experience – which, to be honest, usually consisted of an actual bucket, filled with faces of mysterious sea creatures staring back at me, all found in the isle's rock pools.

The Isle of Wight was special then, and it is still incredibly special now as a destination for anyone seeking the best of Britain's natural landscapes. Over 50% of its land surface is protected as an Area of Outstanding Natural Beauty, and it was declared a UNESCO Biosphere Reserve in 2019 – giving you a real insight into how rich its landscapes truly are, particularly for the wildlife that live among them. Its animal residents are so diverse, it's difficult to sum them up in such a short list. Let's give it a try.

Here are just 5 must-see species on the Isle of Wight... 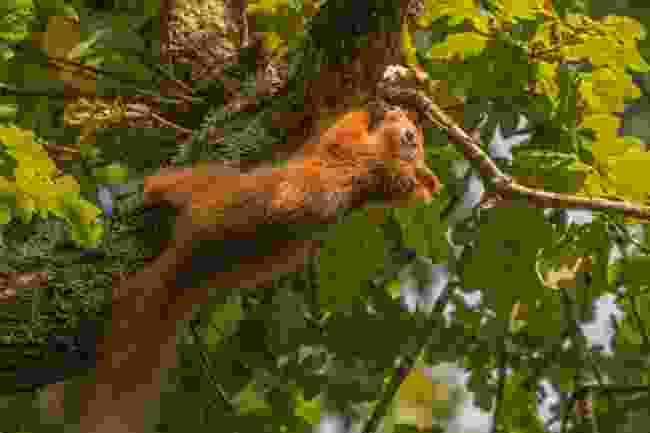 Once you realise around 3,500 endangered red squirrels roam the Isle of Wight, they'll become your number one must-see.

Perhaps considered the island's best-kept secret once upon a time, today you can’t miss the dedicated signposts dotted along the wooded roads, placed there by concerned residents. However, the signs left by the squirrels themselves are much more subtle. Look out for split hazelnuts and acorns, plus pine cones nibbled down to their spindle, particularly in woodland around Newtown and nearby Fort Victoria Nature Reserve, Borthwood Copse, the Parkland Forest and Alverstone Mead Nature Reserve.

There are no greys on the Isle of Wight, unlike on the mainland, but still be sure to tread carefully. When you explore the woods, move slowly and quietly, keeping any dogs out for walks on a lead. Sit still from time to time, and the red will reveal itself to the most patient of wildlife watchers. Listen out for the skitter of their claws on the tree trunks and the gentle rustle of leaves. Given enough time, they'll eventually emerge. When they do, the Wight Squirrel Project is keen that visitors report any sightings to help population preservation and research. 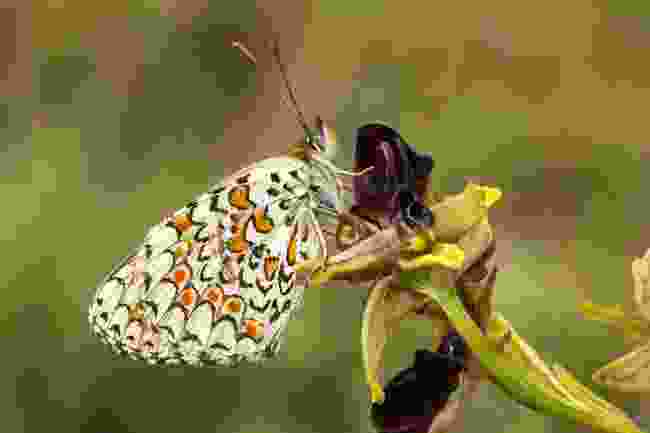 I am a complete butterfly nut, and the Isle of Wight was where all this started for me. The downlands in summer (though not June, which is commonly known as the June gap among butterfly folk) is usually alive with the tiny jewel-esque wings of the adonis and chalkhill blue, and the large and impressive dark green fritillary.

However, there is one species which is famously restricted in its range to a few places on the under cliffs in the Isle of Wight's south: the Glanville fritillary. The treacherous and dynamic geology of this area creates the ideal conditions for this heat-loving insect – south-facing sun traps and wild, unfettered, flower-rich grassland, in which caterpillar food plants can thrive. The Glanville fritillary can, during good years, be spotted fluttering around Sudmoor, on the Mottistone Estate, from May until June.

Its caterpillars – which are rarely sought with the same passion but are just as interesting – can be found clustered on the leaves of its food plant (ribwort and buck’s horn plantain) in spring and late summer. This is when the spiky, black and silver caterpillars with orange head capsules can be seen feeding in twinkling clusters.

If you're wondering what gives the Glanville fritillary its mouthful-of-a-name, the butterfly was named after Lady Eleanor Glanville – an entomologist in the 17th century, notably a time when butterfly watching was largely a male pursuit. 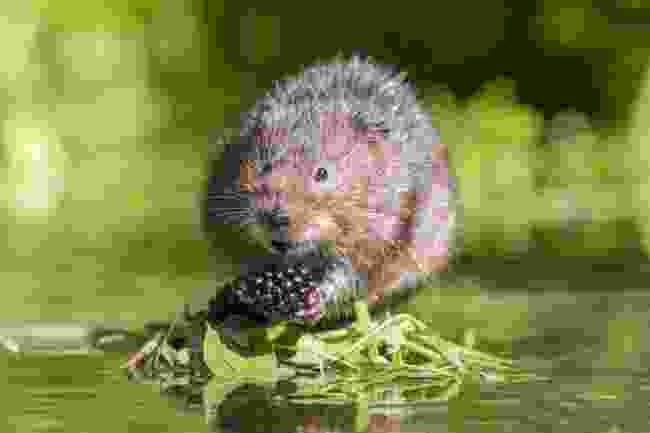 Water voles are some of Britain’s rarest mammals. Prior to the 1950s, water voles were common on the mainland, until American mink released from fur farms annihilated the population. On the Isle of Wight, it's somewhat like a land forgotten in time, and the calm waterways are a natural haven for these riverine rodents. They can be seen striking out for the opposite bank, or more often heard. They make a distinctive ‘plop’ as they enter the water.

Sometimes, confusion arises after an often-too-brief sighting, because water voles are surprisingly about the same size as a brown rat, and indeed both species are excellent swimmers. Just as Ratty, from Kenneth Grahame’s Wind in the Willows, was also a water vole. To distinguish them, see if you can focus on a few features – water voles appear much darker,with very short tails, and have a rounded, blunt head with reduced ears. 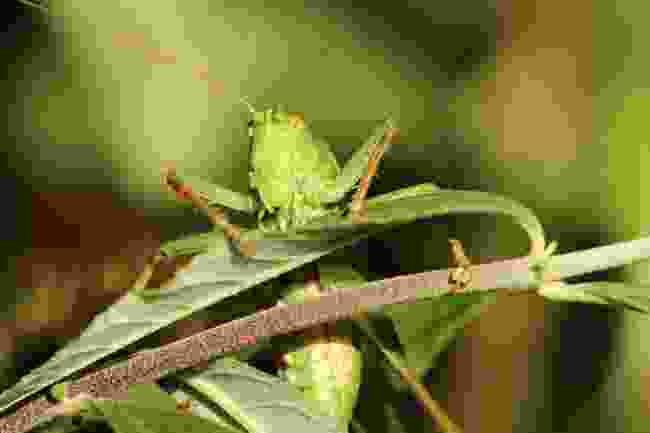 This insect was on my wildlife watching bucket list. I struggled to find them in my local are and so to this day, I associate the sight and sound of this insect with my summer holidays on the Isle of Wight.

Great green bush crickets mature in the summer, and are one of the few insects that you can hear from the car as you whizz by – the grating song of the males as they rub parts of their wings over each other can be heard over the roar of an engine at 60mph. It sounds a bit like your wheel bearings have gone. Listen for them late in the afternoon on warm days, until the first of the frosts. Even better, a stroll through long grass might just reveal one, flopping lazily ahead of your footfalls.

Noisy, but these carnivorous, predatory crickets are handsome insects, and one of the biggest British insects, too. A larger female can be nearly five centimetres long, with an egg-laying tube and wings adding at least another three centimetres. 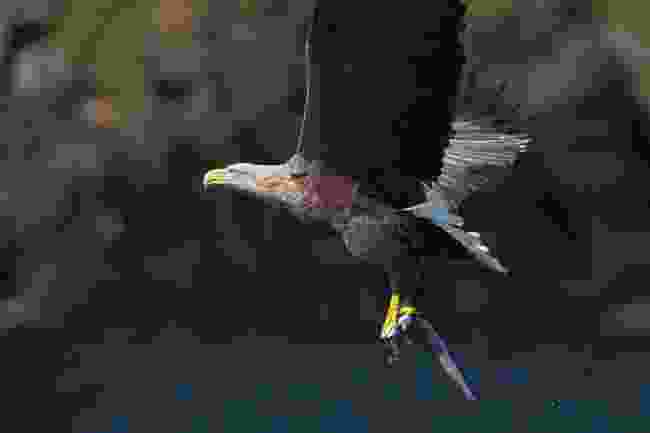 A white-tailed eagle on the Isle of Skye. The species is being reintroduced to the Isle of Wight (Shutterstock)

I’m not sure if I should count this bird on the list just yet, but it's such an exciting, landmark project that it deserves a mention.The Isle of Wight is changing, for the better. Due to its position in the south and its large percentage of natural landscape, it's a prime spot for rewilding.

The white-tailed eagle last bred on Culver Cliffs some 240 years ago, and may do so again one day soon. Starting last year, a long-term project to release young birds from a secret location on the island began, with the aim to re-establish a population of this magnificent raptor.

While the release site remains a well-kept secret, the white-tailed eagle can turn up just about anywhere as they wander freely around the island. Chances of a sighting are far from guaranteed (but with a two-and-a-half metre wingspan, you’ll know when you've seen one) – though its reward in itself for any wildlife enthusiast to know that the eagle is back, out there, somewhere on the island.

And a few more! 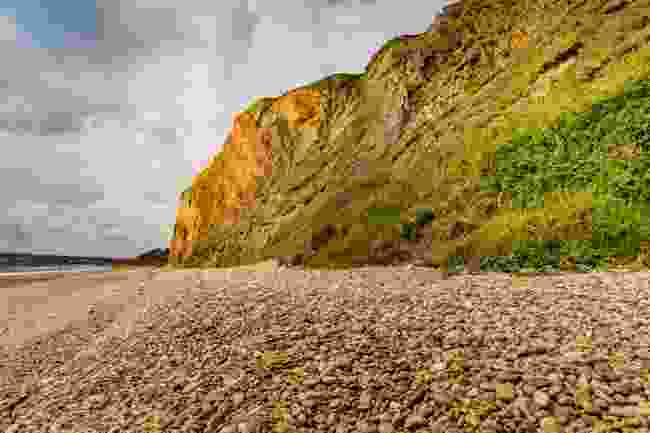 The cliffs at Sandown, Isle of Wight (Shutterstock)

These are just a few feature creatures you can find on the Isle of Wight. I could've easily written more on the teeming marine life hidden in the rock pools, the visiting winter wildfowl waders on the various sheltered wetlands. There's the dormouse, wall lizards (introduced by the Victorians, and glorious in a gleaming green livery in the spring), plus the menagerie of creatures from the past, found in the numerous fossils buried in the island's cliffs...

The best walks on the Isle of Wight

A last-minute weekend on the Isle of Wight

Free things to do on the Isle of Man