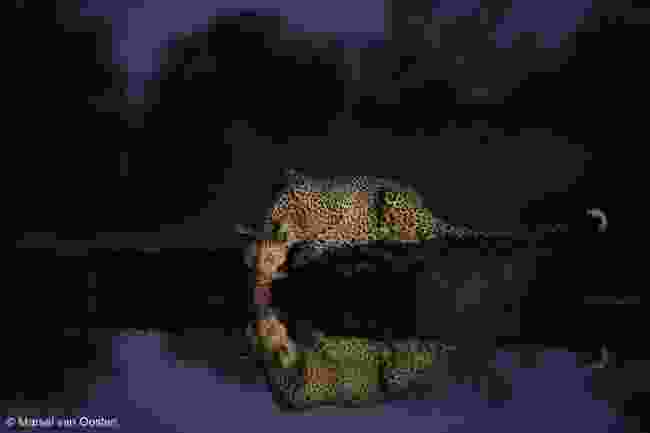 After spending a long afternoon in a hide next to a waterhole in the remote eastern corner of Botswana, it was getting too dark to photograph. As I was packing up, a leopard came down to drink and I quickly got my camera out again. I used a small headlamp and bumped up the ISO to 51200 to get this shot. 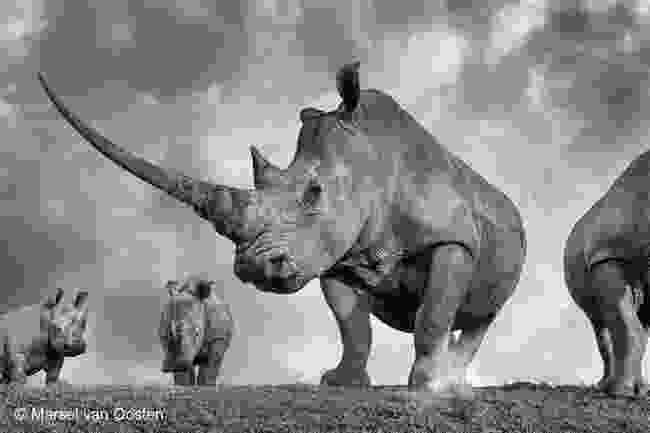 Rhinos' eyesight is quite poor, so they rely on their sense of hearing and smelling. To get this wide-angle, low-viewpoint image of a crash of rhinos, I lay motionless in a narrow ditch in the direction they were heading. When they got really close to check me out, I used silent mode on my Nikon Z7 to not startle them. 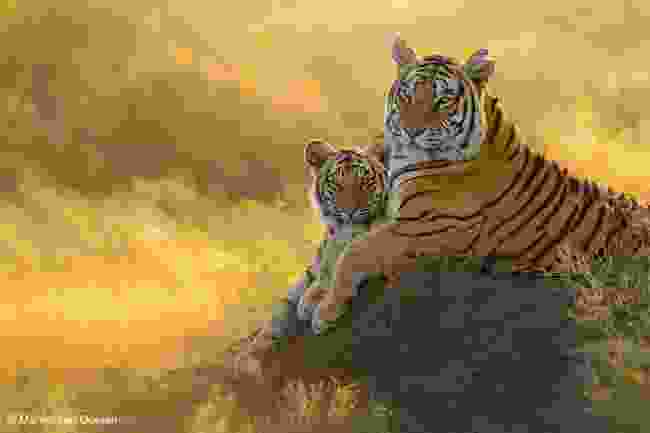 Tigers are like humans — they have different characters and behaviour. Over the years, I have spent a lot of time with this particular female as she was not only pretty, but also relaxed. As a result, her cubs were also relaxed almost from the moment they set foot outside their den for the first time. 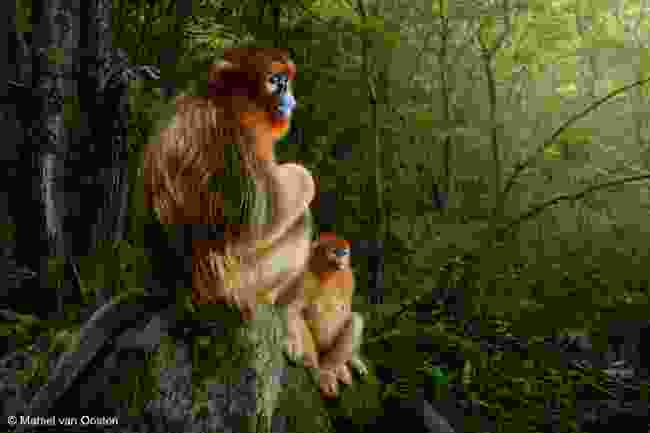 Male golden snub-nosed monkeys have long, golden guard hairs on their back, and I wanted to create an environmental portrait showing how amazing that looks. I used an off-camera flash to bring out their colours and to create this magical atmosphere. This image was the winner of the Grand Title Wildlife Photographer of the Year. 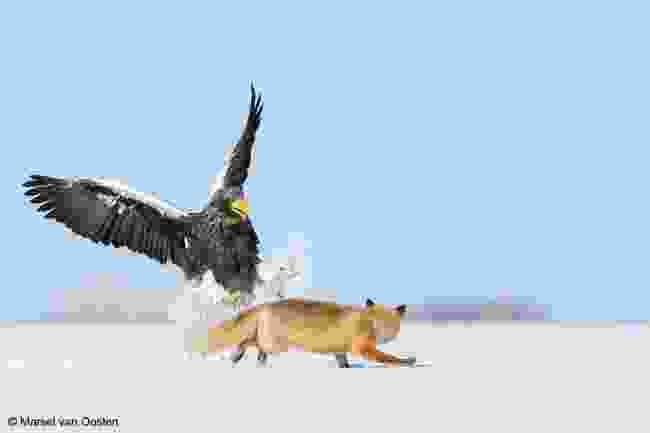 The Steller's sea eagle is one of the largest raptors and the heaviest eagle in the world, weighing between 5kg and 9kg. They mainly eat fish, but sometimes prey on red fox or small domestic dogs because they steal fish from the eagles. 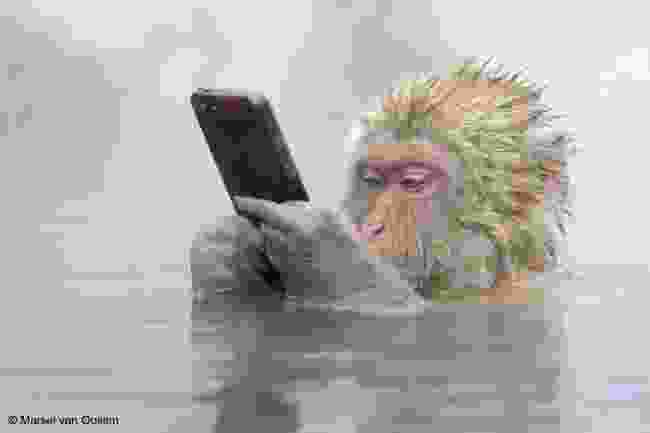 When a tourist got too close to a macaque to get some closeups with her smartphone, the macaque snatched it from her hands and started playing with it in the hot spring. At some stage it held it just like a human. This image has gone viral on the internet, and it is my most stolen image. I won First Prize in the Wildlife Photographer of the Year with it. Glacial caves are among the most inspiring places to photograph. Each year they’re different, but always fascinating and mindblowingly beautiful. It’s hard to beat nature’s architecture. As so often in my landscape photography, I decided to include a human element. Without it, it would be impossible to appreciate the scale here. I shot this photograph on a windy morning when there was a lot of dust in the air, which can create colourful sunrises and sunsets. This giraffe was annoyed by the red-billed oxpeckers that were harassing it. Every now and then it would violently shake its head, which made the birds fly off, only to return a few seconds later. Mother – A Tribute to Mother Earth