Stuck for new travel ideas? We've got our eye on 10 different places – read on for our inside scoop on the best emerging destinations for 2015...

In-the-know Wanderlust readers have been travelling to this Central American destination for years – it's a quieter, less visited alternative to Costa Rica. It gets rave reviews from everyone who visits, and we can see why: take your pick from rustic log cabins in the jungle, well-heeled eco resorts with a luxurious take on sustainability, and quiet beach-side hotels where the powdery white sand comes right up to your door. Swing through the trees on zip wires, hike through wildlife-rich forest to roaring waterfalls, and sip locally-grown coffee in the colonial city of Granada. 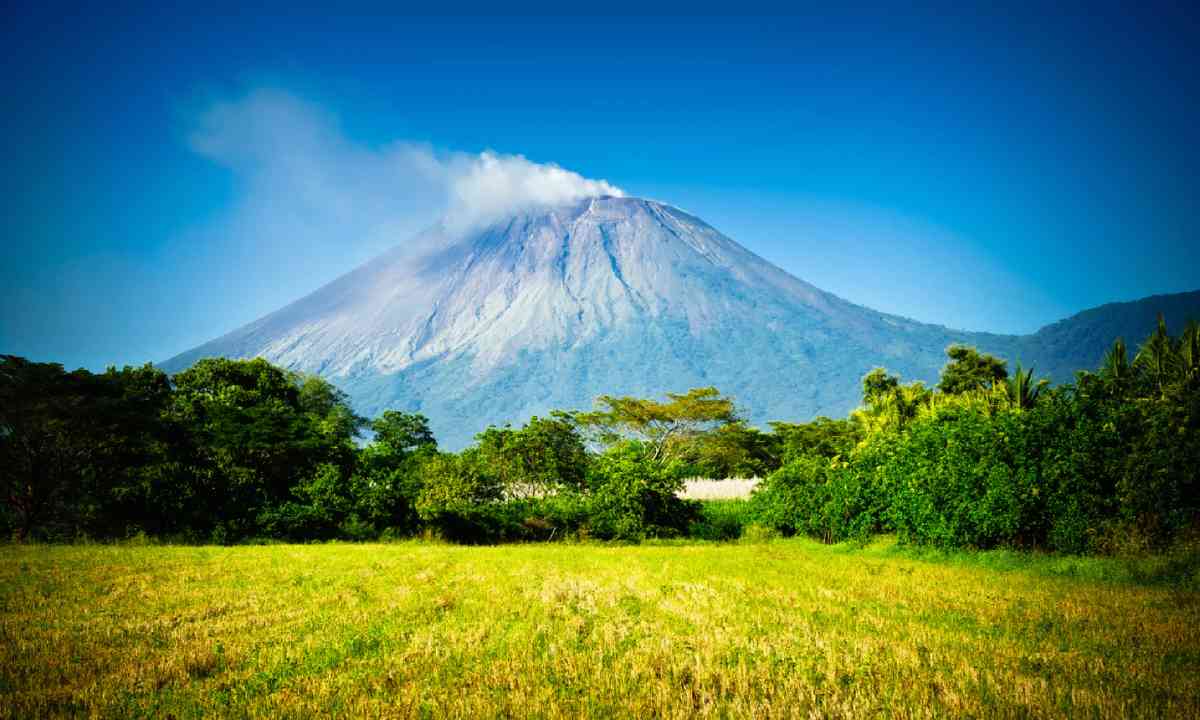 The former dictatorship has a turbulent past, but it's quietly reinventing itself as a haven for eco-tourism and adventure travel. In 2013, Nicaragua won 'Best Emerging Destination' in the Wanderlust Travel Awards (see, we said our readers found it first!), and now the rest of the world is looking this way too: Skyscanner has reported a 13% rise in searches for flights from the UK – so go now, before the crowds arrive.

Few people realise that Ethiopia is rich in untouched historical and natural gems – but quick, they're catching on! According to the Association of Independent Tour Operators, Ethiopia's visitor numbers are growing 10% year-on-year. While Ethiopia has historically lacked the appeal of other African destinations, it actually has countless unique treasures: among them, eight UNESCO World Heritage Sites, the craggy beauty of the Simien Mountains, and millennia-old history that lives on in its architecture and culture. 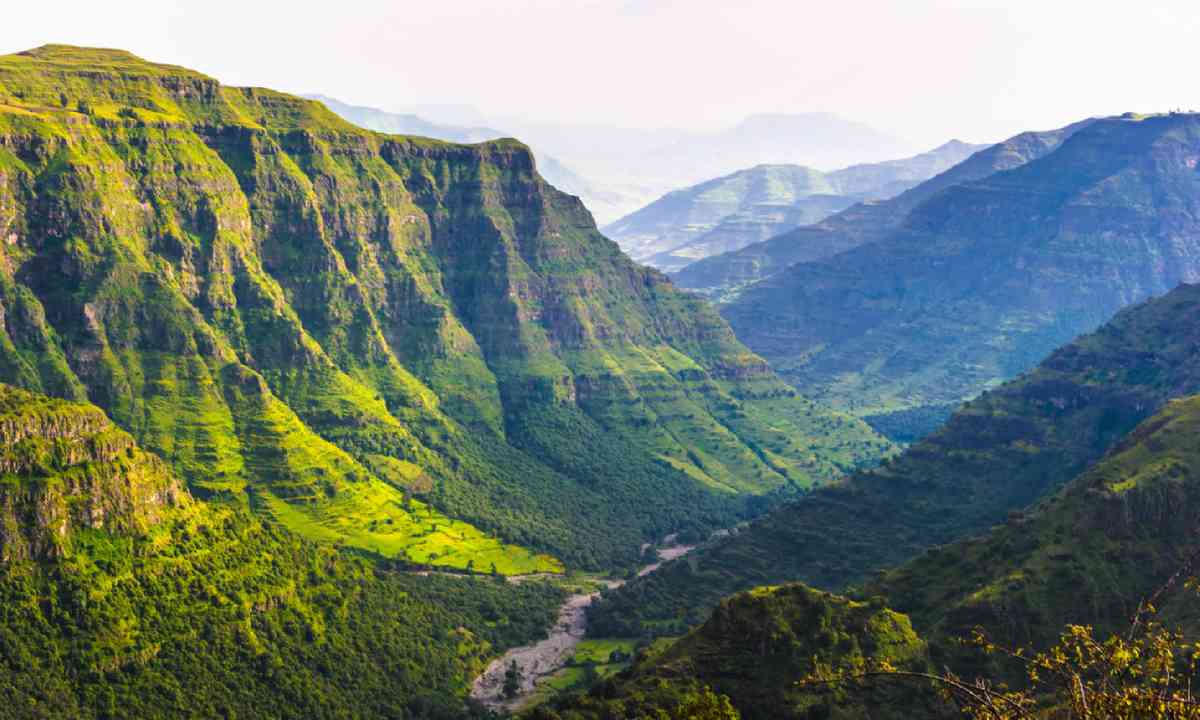 Valley among the mountains in Ethiopia (Shutterstock)

A couple of little-known facts to whet your appetite: Christianity has been practised here for over 2,000 years, making Ethiopia unique among its sub-Saharan neighbours. You can witness this history first-hand, in the ancient rock churches of Lalibela, and St George's Cathedral in Addis Ababa. It's also the source of the Blue Nile: an unassuming spring at Gish Abbay, in the north, which trickles into Lake Tana – the humble beginnings of one of the world's mightiest rivers.

Japan's shinkansen (bullet train) is the best speedy way to get around the country – cutting long drives and train journeys down to just an hour or so, with added novelty factor thanks to its space-age aesthetics. It's actually been around for 50 years (who would have guessed it?), but in March 2015 a new line will open – the first since 2011 – between Nagano and Kanazawa, a historic city on the west coast. 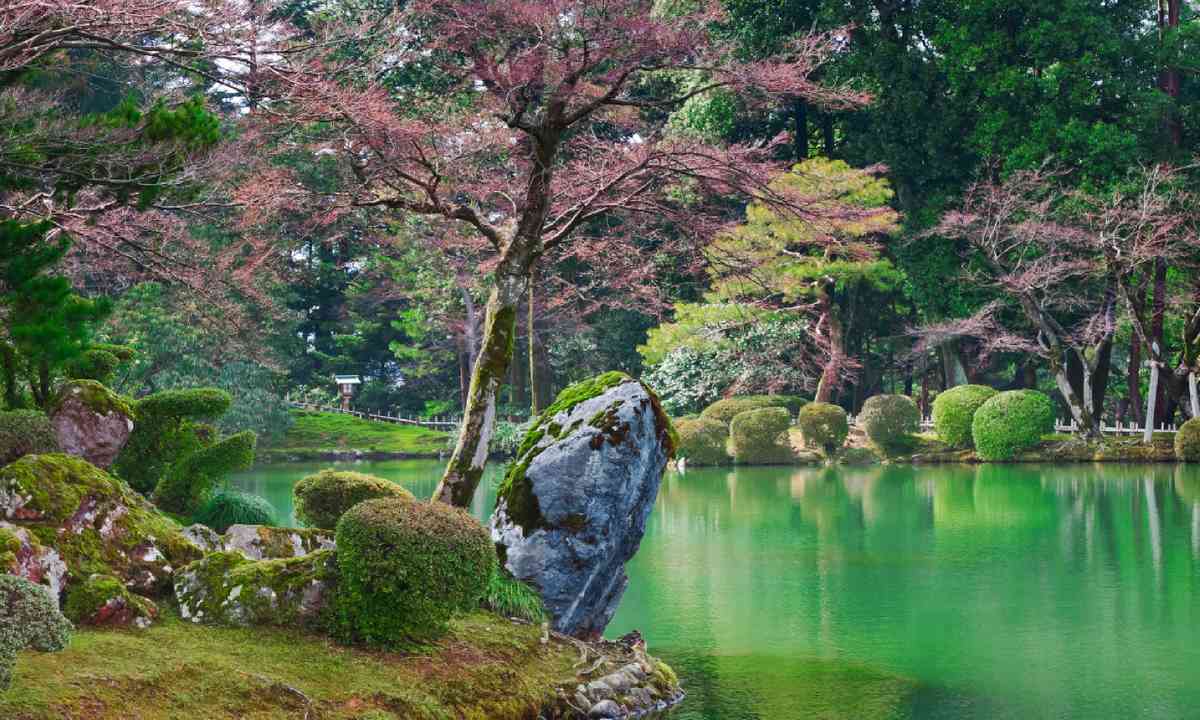 Kanazawa is one of Japan's great lesser-known cities, with an ancient samurai district, the only Geisha community outside of Kyoto, and the exquisite Kenrokuen gardens – revered as one of Japan's most beautiful landscape gardens.

It's the capital of Ishikawa Prefecture, and renowned for its artisans and rich architecture: gold leaf adorns most locally-produced crafts (the city produces most of Japan's high-quality gold leaf), and even gets into its famous gold leaf tea blends. With the new bullet train line, it'll take just 1.5 hours to get to Kanazawa from Nagano – opening it up for short breaks and easy trips.

Unspoiled, cheap, welcoming... finally, the Western Balkans are opening up to tourism, and it's well worth the wait. When Wanderlust editor-in-chief Lyn Hughes visited Albania, Kosovo and Macedonia in 2014, she was astounded by the warm welcome and natural beauty of this overlooked part of the world. If it is untouched wilderness and authentic hospitality you're after, you've found the spot. 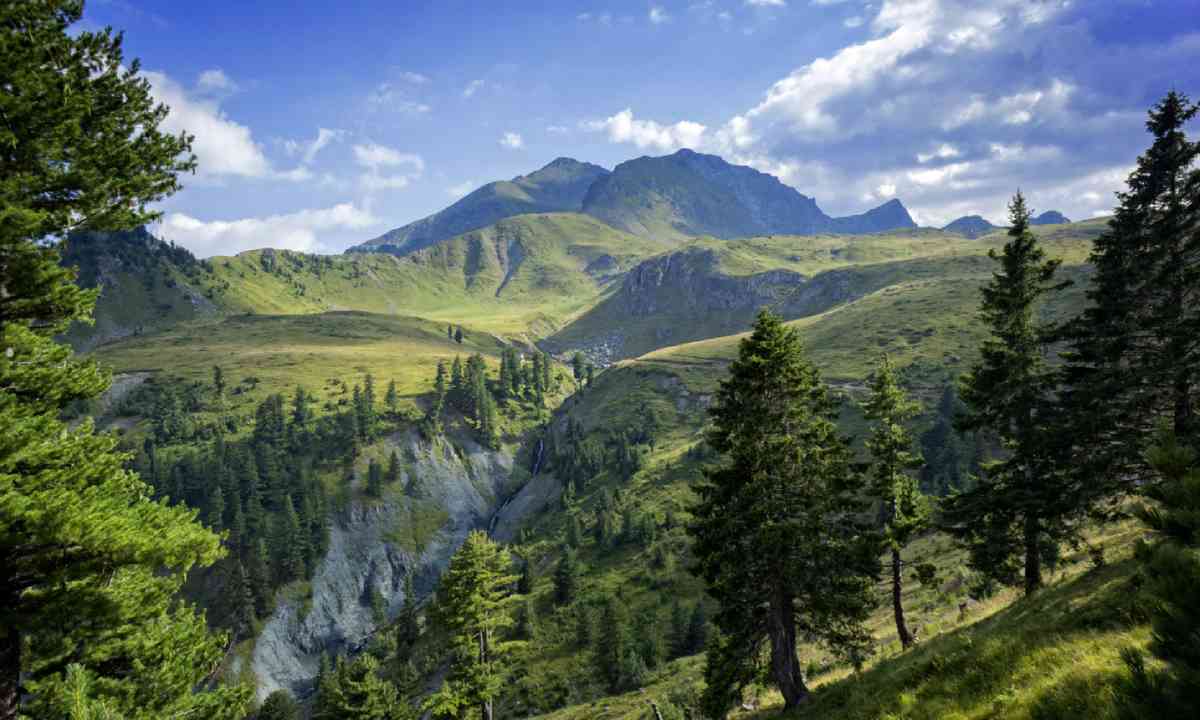 The 'last frontier' of Europe: Albania, Kosovo and Macedonia, with Undiscovered Destinations (15 days)
Hiking and adventure: Peaks of the Balkans, with Walks Worldwide (15 days)
Tailor-made itinerary: A Balkan Adventure, with Regent Holidays (tailormade)

Escape the hassle of Marrakech in the charming city of Essaouira – a short drive away from the capital, or (from May 2015) a few hours away from London Gatwick with Easyjet. It's the first direct flight from the UK to Essaouira – and we'll be hopping on it for a weekend break! 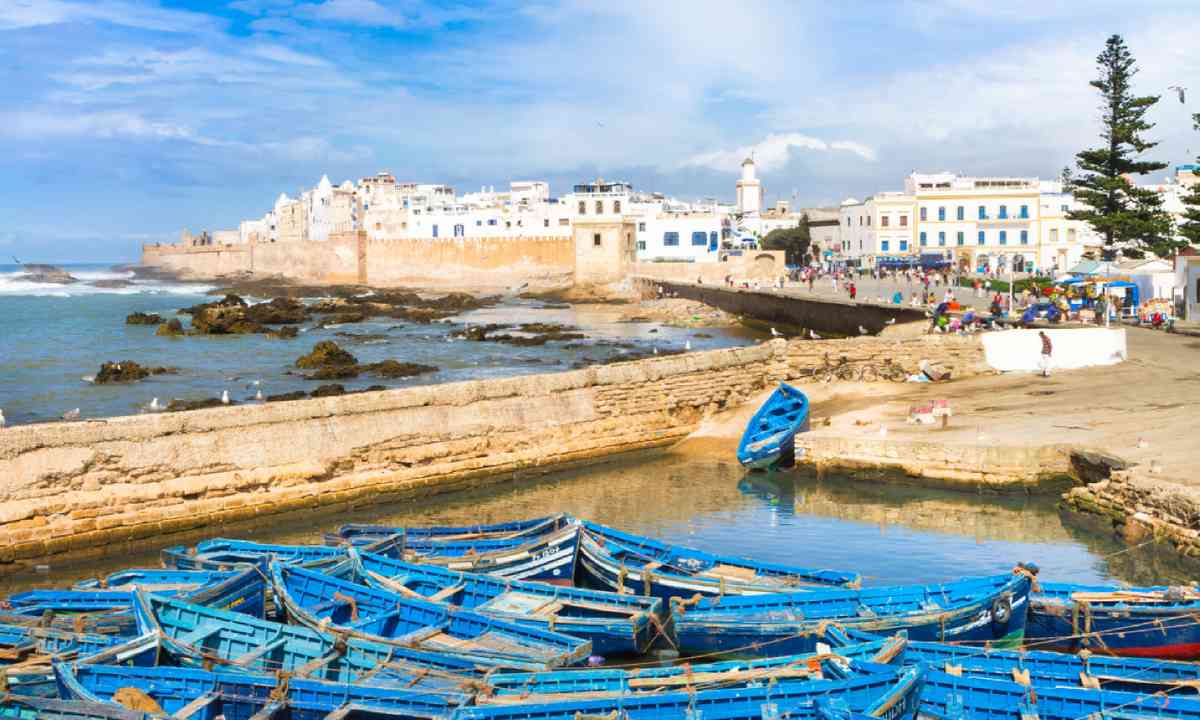 Spend days haggling (and getting lost) in the 18th-century medina, spotting blue fishing boats bobbing in the harbour (Essaouira is known as the 'blue city' for its painted boats, doors and mosques), and scrubbing up in Hammam Lalla Mira (the oldest traditional baths in Essaouira, still very popular with local people). There's a strong tradition of woodcarving in the city, and you can watch artisans at work in the water-side workshops along Skala du Port. If the labyrinthine streets get too much, clear your head on the vast, windy beach; walk south-wards, and you'll find the sand-covered ruins of Borj el-Berod, an old fortress, and the sand dunes of Cap Sim.

By night, watch the sun set over the uninhabited islands of Mogador as you stroll along the beach front, sip mint tea in the sultry cafés near the old medina, or feast on fresh fish at the rickety seafood grill stands next to the harbour.

Andorra, patching over the Pyrenees on the border between France and Spain, is renowned for its great skiing. Once the season is over however, it is often dismissed – rather unfairly – as a commercial vortex, with tax-free shopping bringing in most of the visitors. But this small principality is set to emerge as the new must-go summer destination of 2015. 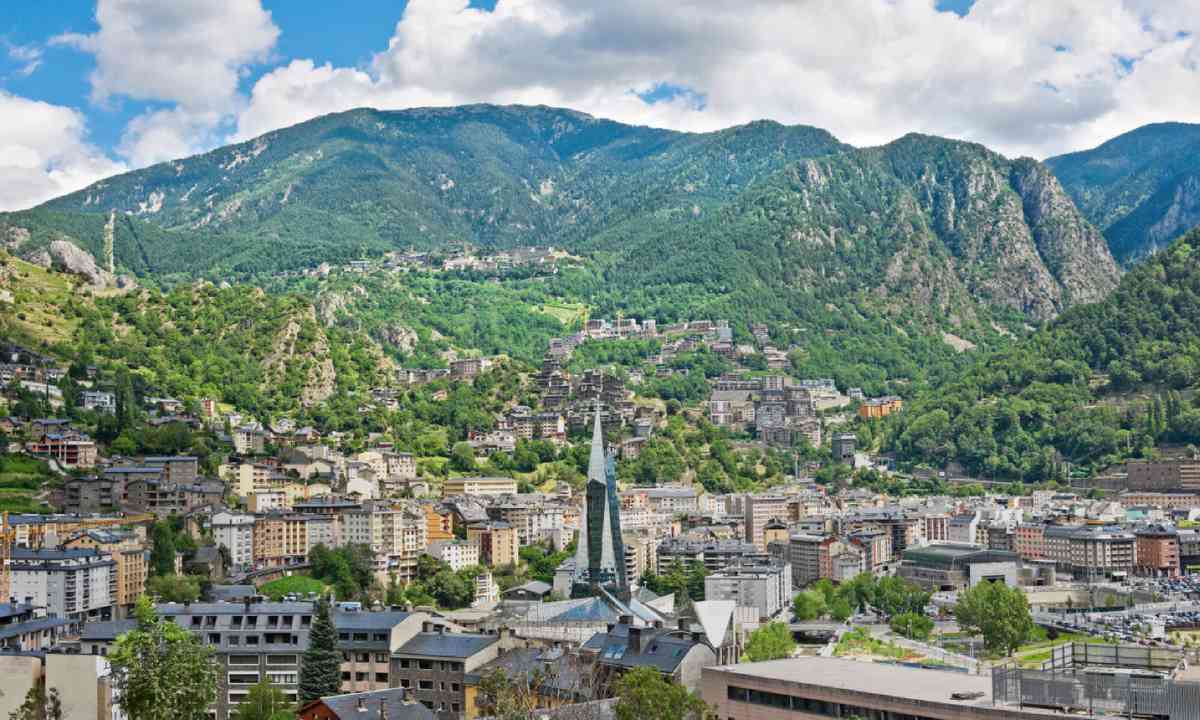 For its 181 square miles, Andorra packs a good punch. The Pyrenees offer the most stunning of panoramas, with breathtaking views across the peaks. And in 2015, the mountains are all set to host a range of fantastic hiking and cycling trails of varying difficulty for varying ambitions! Home to nature, animal and adventure parks, it's also the perfect destinations for families looking for a bit of adrenalin in their summer break – think zip wires, mountain sledging and paintball. So brush up on your French, your Spanish, or your Catalan – they speak all three!

With its sprawling barrenness and wild, untamed beauty, Patagonia has mesmerised visitors for years. The stark emptiness of the landscape, and the silence instilled there, has drama in it that is unlikely to be replicated anywhere else. Though it has attractions in spades – the whales passing by Peninsula Valdés, Torres del Paine National Park, the Perito Moreno glacier – the true magic of the place comes from the masses in between; the infinity of the night sky, the sight of a lone gaucho, and the stillness of the desert. 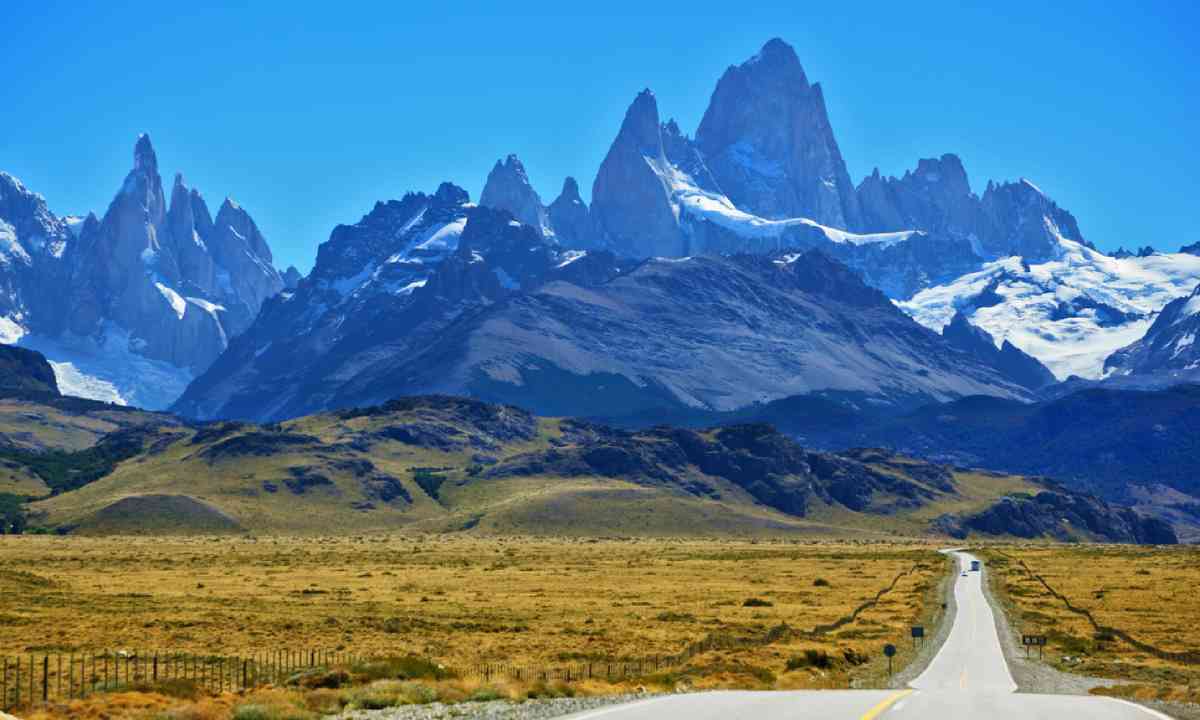 As you make your way south, listen out for pockets of Welsh-speakers. 2015 marks 150 years since the Welsh settlers' journey on the Mimosa. The Welsh-Argentines celebrate the birth of Y Wladfa – the Welsh settlement in Argentina – in and around the Chubut region. In May 1865, 136 people made the journey in search of prosperity – and a chance to freely exercise their own culture in their own language – and today, the population of Patagonians claiming Welsh descent sits at around 50,000. Come and join in the celebrations, and find your own haven in this most beguiling of regions.

Art-lovers and avid cyclists will find common ground this year in the form of all things Dutch. So if you are a little of both, you are in for a treat.

In 2015, the Netherlands will be centre stage of an international programme set to celebrate the life and work of post-impressionist artist, Vincent Van Gogh. Noting the 125th anniversary of his death, exhibitions will be held to display the Dutchman's work, and to give an insight into his contemporaries, friends and influences. If you are interested in the history of European art, there is no better place to be this year. 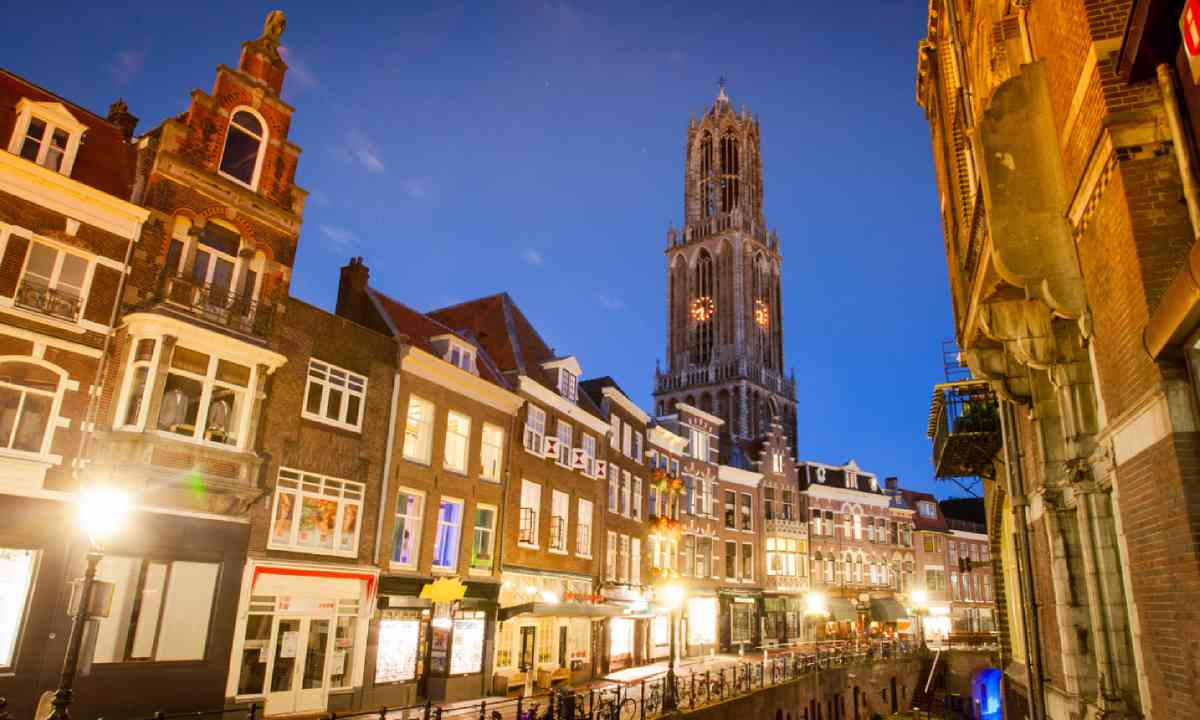 In July, the vibrant city of Utrecht will see the Grand Départ of the 102nd edition of the Tour de France. 10 years after it first applied for the job, the city will see the cyclists off on one of the biggest sporting events of the year – and, to commemorate the occasion, it will open a garage near the train station with room for over 20,000 bikes. So get there early to claim your parking space, or take off on your own trip along the canals and past the famous tulip fields.

After 2010's devastating earthquake, Haiti has steadily rebuilt itself and is now emerging as a second-to-none holiday destination. If you're thinking of a trip to the Caribbean, it might be easy to overlook Haiti and to opt for nearby Barbados, Puerto Rico or Jamaica instead. But as Wanderlust editor Phoebe Smith found when she visited in 2014 (see her article in February's issue of Wanderlust, out January 2), Haiti holds its own against all of its neighbours, offering an alternative, raw and a close-to-the-bone look at the African roots of the Caribbean culture. 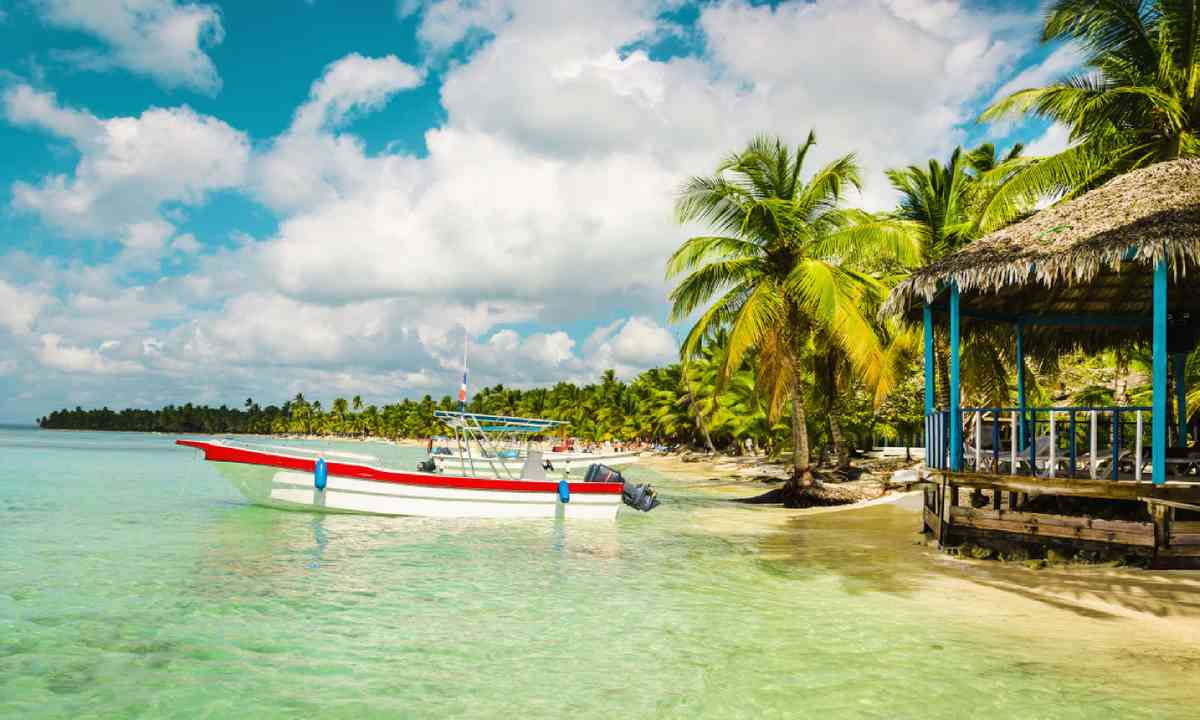 Though the island has all the makings of a paradise getaway, to spend all your time on the beach, cocktail-in-hand, would be to miss the point entirely. The slave revolution has left in its wake a wealth of trails by which to explore its troubled history, such as The Citadelle la Ferriere: a mountaintop fortress that shows the dogged determination and pride of the Haitian people against the once-overwhelming power of their colonisers.

With all of the travel warnings from the UK and the US now lifted, there is little to stop you experiencing Haiti's explosive joy, its exceptional art and the intriguing fusion of the vodou religion.

A city of undeniable contradictions, Athens is one of Europe's most surprising cities – perfect for a minibreak in 2015. With ancient ruins standing unassumingly among the streets, cropping up in-between modern buildings and transient stores, there is no denying that there is a certain charm in the way that the city points towards its affluent past with only half a glance.

Emerging from their recent financial crisis, Greece is now rebuilding its reputation as a holiday destination with gumption. The citizens of Athens are coming together to make their mark on this once-pioneering cultural hub, and to restore it to its former glory – albeit with a more contemporary twist. As a result, it is currently experiencing something of a cultural and an economic renaissance, with new independent shops, cafés and eateries opening at an incredible pace. 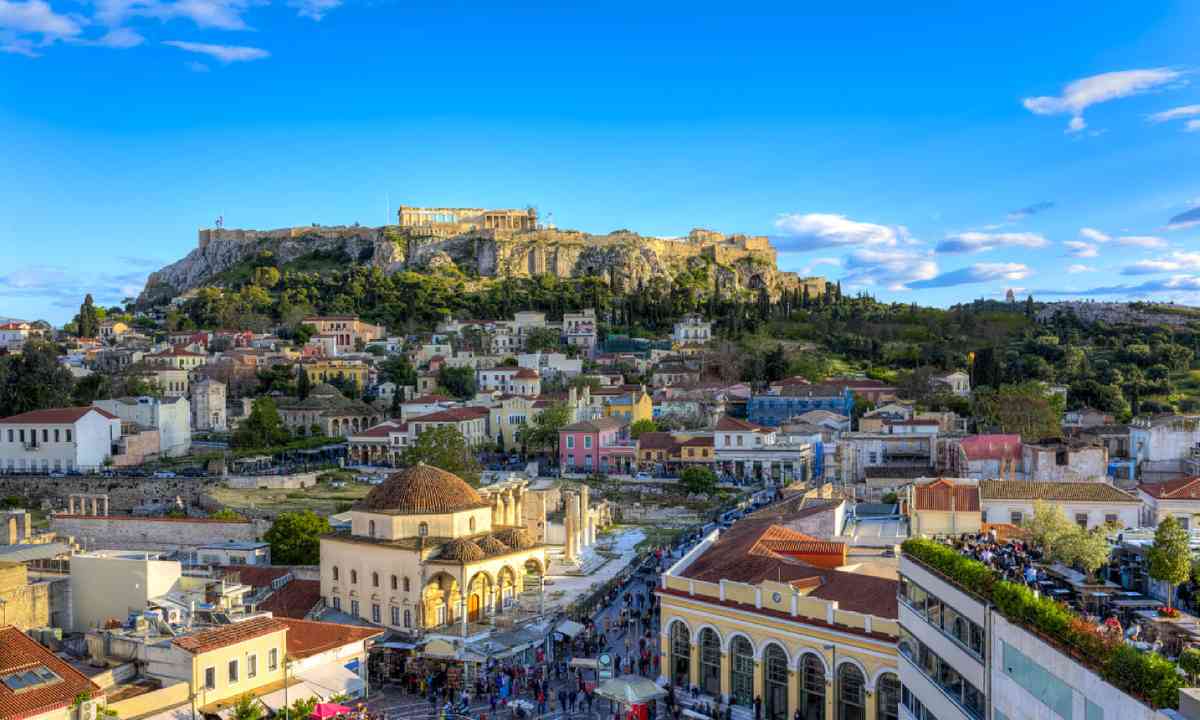 Come and experience the transformation as the city establishes itself once more as a serious contender for holiday destinations. There has been no better time to enjoy the old and the new – enjoy the traditional atmosphere of the Central Market, visit the renowned Acropolis Museum and its highly-anticipated exhibition of the Caryatid statues, or throw yourself in with the locals at one of the city's open air cinemas.


Main image: Evening view of the territory of the tribe Bana in Ethiopia (Shutterstock)