Can't decide where to travel? Your perfect trip may be pre-destined, if you look to the stars and the traits associated with your zodiac sign. Put any scepticism to one side, and find yours here... 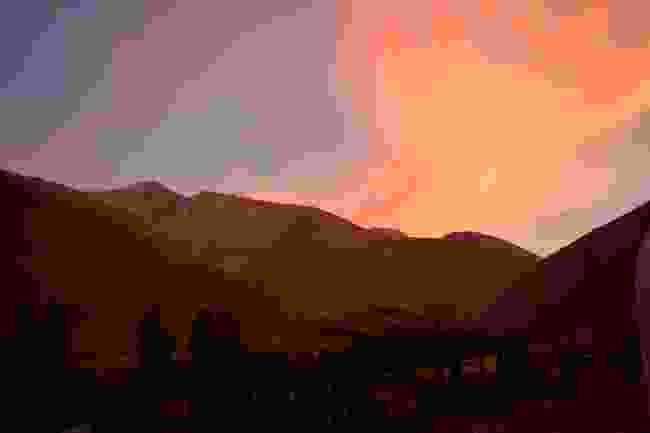 Keeping up with an Aries can be tough. It’s the first sign of the zodiac, ruled by the fiery red planet of Mars – you practically demand a trip that’s as physically challenging as it is energising.

Where else could you satisfy such an itch than Patagonia, currently celebrating its 500th anniversary. Yep, it's been than long since Magellan discovered it. Trek through the Andean foothills, mountains and rainforests of Chile and Argentina, to discover the delights of this truly diverse landscape.

But seeing as you’re so driven, why not go freewheeling down Route 5, Chile’s southern highway, where scenic vistas steal the show? For some much-needed time out, make sure to stop off at Chile’s Elqui valley on your way, and watch as the sun descends over the valley, turning the inky violet sky black.

The best place to do this is at Elqui Domos, where you can fall asleep in a dome, watching the stars gradually – then all at once – fill up every inch of the sky with their shimmering brilliance. Or do as the Incas did and scan the skies for ‘dark constellations’: shapes that sleep in the dark spaces between stars. 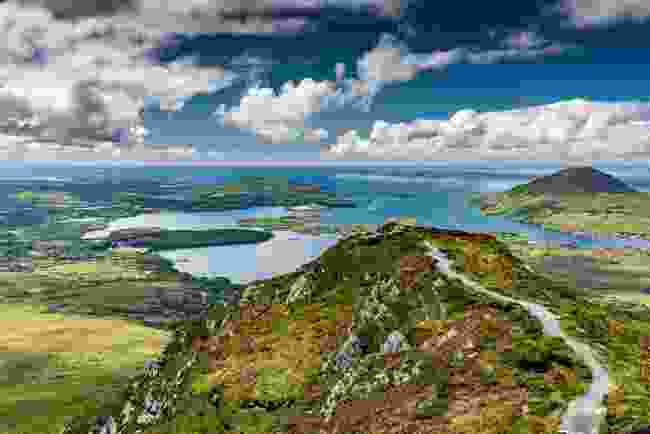 As an Earth sign, you love to feel anchored to your surroundings, and filling your environment with your love of natural wonders. So, consider an adventure in the land where it’s always green – Ireland.

With Galway’s new role as the 2020 European Capital of Culture, you can expect to find some raucous Irish celebrations going down, with events and activities throughout the year.

For a bit of peace and quiet, discover the beauty of the county on coastal drives past ruins of ancient castles, or at Connemara National Park to trek through scenic mountains, grasslands and woodlands, to spot sightings every step of the way.

For an alternative, you might try a leisurely bike ride through the rural French countryside. Cycle between Val d’Isère and Tignes in the Tarentaise Valley, where meadows blossom with wildflowers beneath the Alpine sun, soaking up the soothing warmth of nature on your way. 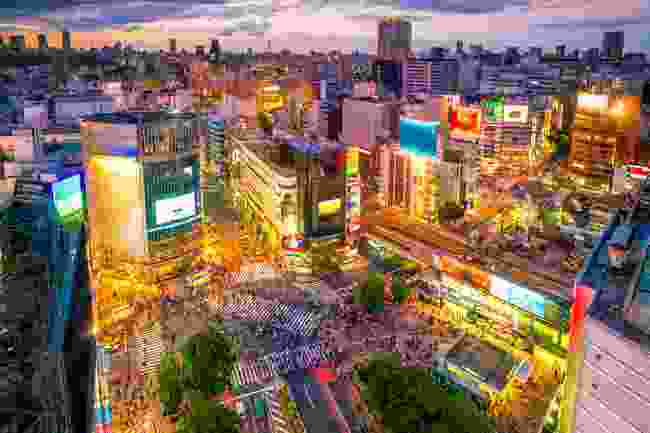 Spur-of-the-moment plans and thrilling adventures go hand in hand when a Gemini is concerned. Things can go right… or not-quite-as-right. Considering the duality of the sign’s symbol, that comes as no surprise.

But in spite of being born to socialise, make it a New Year’s resolution to travel solo to Japan this year – and pick up new friends along the way.

Starting in Tokyo, hurtle past mountains and forests on the high-tech bullet train up to peaceful Kyoto, where you can admire traditional temples and endless torii gates, before circling back to the capital to dine amongst the locals at hidden izakayas or immerse yourself in trippy digital art at teamLab Planets.

One thing’s for sure: the neon cities, hot springs and samurai and geisha districts will give you plenty to talk about with your new Japanese friends, and stories to share with those at home. 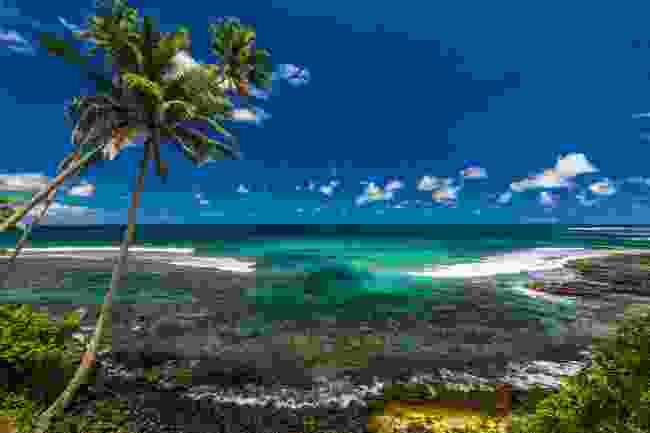 The moon governs your watery whims, Cancer, often leading you to relaxing seaside destinations. Its glow provides you with a little light during darkness, too - for you, and for others.

With six eclipses on the agenda for 2020, you're going to need it. December's eclipse is set to be the biggest, with the moon’s shadow passing over the Pacific Ocean to cover the sun’s surface for a total of 38 seconds.

We’d recommend you listen to your instincts to be on the water and take a cruise through the South Pacific. Feel yourself anchored on the water, as the vast expanse of the heavens opens up in front of you for fleeting moment.

Then when the light returns, you can go back to splashing yourself silly in the warm lagoons of the remote Polynesian archipelagos that surround you. Paradise. 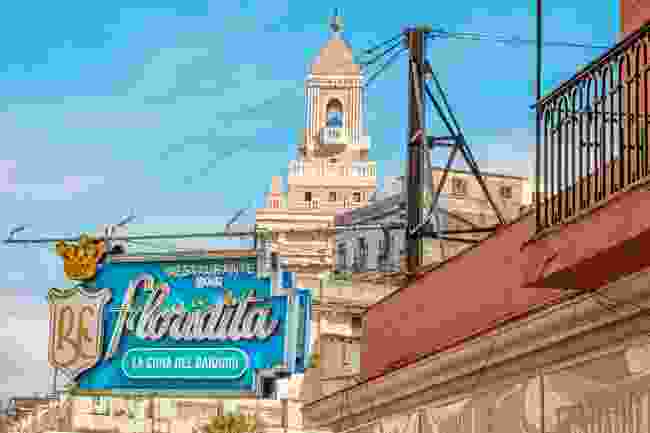 When you’re ruled by the sun, it’s safe to say that you light up the room wherever you go. So, go to a country that will light up with you: Cuba.

Having recently celebrated its 500th anniversary, the city of Havana will perfectly match your fiery personality. Pay your respects to a fellow revolutionary spirit at the Che Guevara mausoleum in Santa Clara, or tempt yourself with Havana nights, a temptation that has proven irresistible to many a lost soul, including writer Ernest Hemingway.

Hemingway’s Cuban home Finca Vigía offers a fascinating insight into his life, but if you'd rather go for a drink with him, head to Floridita – his favourite haunt. Sidle up to his life-size statue after a few daiquiris, a drink he allegedly knocked back 17 times in one afternoon. Challenge accepted... 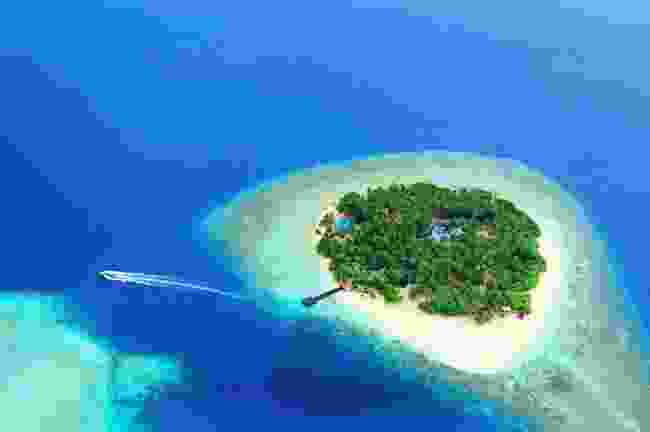 A Maldivian island from above (Shutterstock)

Attention to detail and organisation is often why a Virgo-planned trip goes off without a hitch. Like Geminis, you’re ruled by Mercury, but you don’t leave things to the last minute – especially when the planet goes into retrograde and messes up communication and travel plans.

That said, we think you should take some time for yourself, go off-grid and relax in the Maldives, hopping around islands, sampling local dishes and swimming in jade-green lagoons, before drenching yourself under the sun at the beach.

Go snorkelling and find a myriad of colourful reefs, hosting thousands of tropical fish, spying manta rays and sea turtles on your way. Bliss. (Although you might want to plan this one a year in advance, folks.) 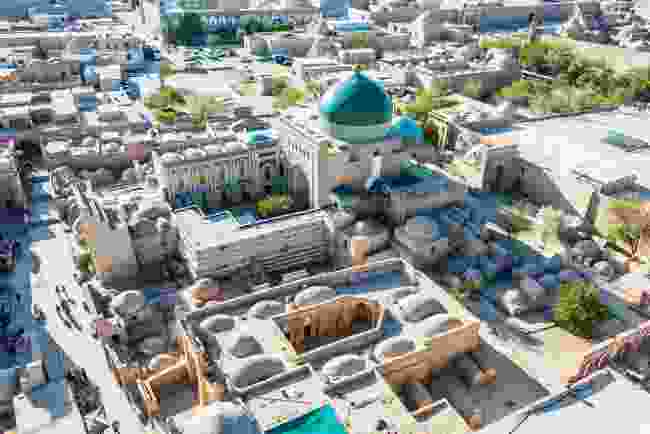 You do love pretty things, don’t you, Libras? The planet Venus has you right under her thumb, so we think a trip to Italy will satisfy your penchant for beauty and love.

Head to dreamy Florence and seek out the beautiful centuries-old Galleria degli Uffizi, where you’ll find therapy in art – and the world's greatest collection of Italian Renaissance works. Speaking of rebirth, this year is 500th anniversary of Renaissance master’s Raphael’s death, so you can expect a number of celebratory exhibitions on the Roman agenda.

But we know you seek balance in everything you do, so let’s weigh up the scales with an equally glitzy alternative – the Silk Road.

Instead of pasta and piazzas, consider a whirlwind road trip through the gateway to Central Asia, passing through the glittering cities of Khiva, Samarkand and Tashkent, while admiring the impressive architecture and artisanal handicrafts at a series of winding bazaars. 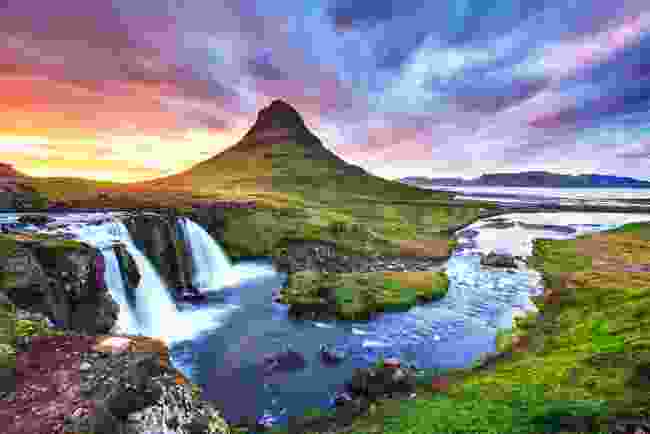 Still waters run deep for Scorpios, arguably the most mysterious sign of the lot. But given that you’re ruled by Pluto, a planet of ice and rock that sits as far away from the Sun as possible, you’ll be naturally drawn to the sweeping scenes and rugged volcanic landscapes of Iceland.

That’s if you haven’t been tempted already. Empty black sand beaches await your lone tracks, while a sailing adventure through the isolated Westfjords offers up company in the form of seals, seabirds and Arctic foxes.

Naturally, as a water sign, you’ll be drawn to the rumble of thundering waterfalls, spouting geysers and the steaming thermal waters of the Blue Lagoon, where you won’t be able to resist a soothing dip after a long day’s exploration of the volcanic landscapes of the Snaefellsnes Peninsula. 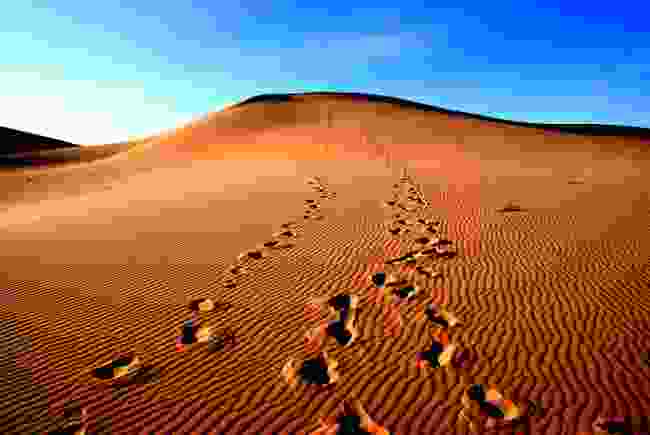 Ruled by Jupiter, the king of all the planets, Sagittarius signs crave connections with the world around you. You’re the explorer out of all the signs, the natural leader of the pack.

So, if you should travel anywhere this year, it should be on the adventure of a lifetime through the epic wilderness of Mongolia.

Chase your own freedom through the wild, vast plains of the Gobi Desert, just like the golden eagles stalking the endless blue skies. Stays in the eco-conscious, solar-powered gers of Three Camel Lodge will captivate you, largely due to their dramatic setting between the flaming Bayanzag Cliffs and the Altai Mountains, where local legends fly like bees to honey.

Visit in October and you’ll be treated to the Golden Eagle Festival, a 20-year-old tradition that celebrates falconry traditions. But you might yet end up somewhere completely different than you expected. The world is your oyster, after all. 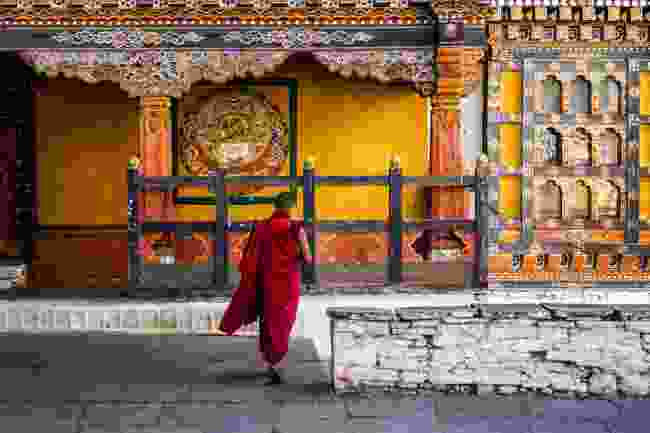 A monastery in Paro, Bhutan (Shutterstock)

You don’t need to look much further than your sign to tell you where to go. Follow the path of the mountain goat and find yourself wandering through postcard-perfect Alpine villages in Switzerland or Austria, soaking up the fresh mountain air and trying local dishes.

But we know you’re not shy of working hard, so if that sounds too easy, try a mindful retreat to Bhutan, the last Himalayan kingdom.

The last Shangri-la is a land fiercely attached to its cultural heritage and happiness, where you’ll discover the ancient Himalayan monastery Tiger’s Nest clinging desperately to the cliffside in Paro, and sacred black-necked cranes stalking the skies in Phobjikha Valley.

You can still challenge yourself with Himalayan treks and trail aplenty, but if you’re looking to smile after all the work you’ve put in, a country that measures productivity in happiness is the right place to be. 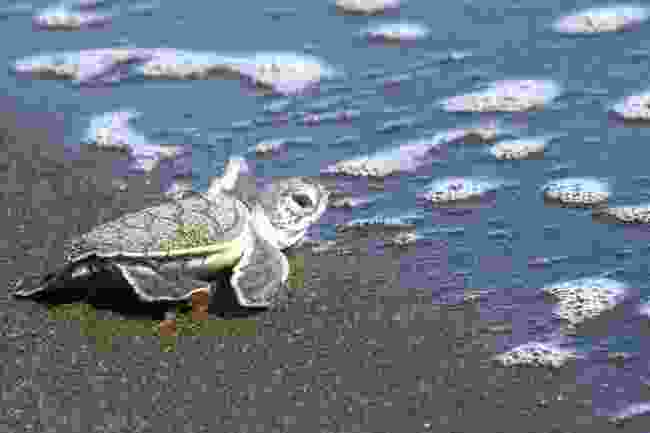 Even when you’re on holiday, a trip where you’ve helped someone in need is time well spent for an Aquarius.

You’re a humanitarian first and foremost, and you’re always looking for a cause – so why not head to the sunny Caribbean coast of Costa Rica and volunteer your valuable time on a sea turtle conservation project?

At Tortuguero National Park, you can satisfy your desire to be near the water and be introduced to the work of the Sea Turtle Conservancy’s research station, where you can delve inside the visitor centre to find exhibits on turtles.

Hundreds of green turtles nest on the beaches here, but if you look branch out a little further, you’ll find treks through tropical wetlands and rainforests will stir your curiosity, hiding all sorts of wildlife in the shadows – including jaguars. Sounds right up your street. 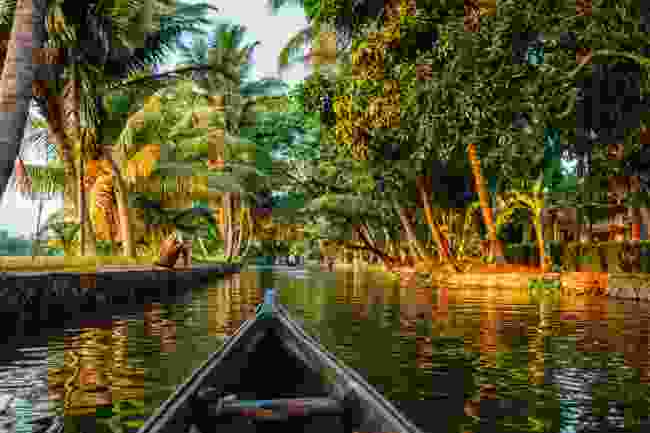 Last but not least, we have Pisces. Long associated as the dreamers of the bunch – the mystics, the spiritual, the visionaries – we see a spiritual retreat to India on the cards this year.

You’ll want to go straight to the Ganges, also known as Ma Ganga – a sacred river that symbolises life, death and rebirth all in one.

Fire is the most common offering you’ll find here – watch the ganga aarti illuminate the river and the ghats (flights of steps) in Haridwar, Varanasi, or Rishikesh. In Rishikesh, you can rediscover your spiritual side at the peaceful Parmarth Niketan Ashram – the ashram dwellers and young students of the Vedas lead the aarti’s proceedings on the riverbanks.

But if you’d rather tune in to your scaly sensibilities, go south to Kerala, and explore the muggy backwaters, navigating the labyrinthine network of lagoons and lakes by houseboat. One way or another, you’ll be leaving India a believer.

Decide your next trip by month:

Where to travel in June

Where to travel in July

Where to travel in August