The best places to see polar bears in the wild

They say you never forget your first encounter with a polar bear, the world’s largest land-based carnivore and undisputed king of the ice. Here's where to see this Arctic icon out in the wild... 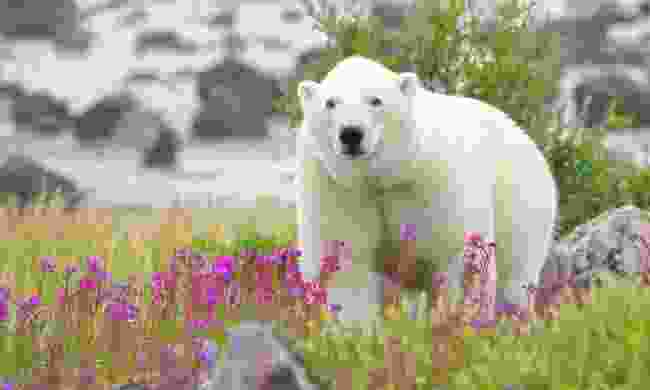 Polar Bear walking in the arctic tundra near Churchill (Shutterstock)

Known as the 'Polar Bear Capital of the World', the small town of Churchill on Hudson Bay in Manitoba is probably the most accessible place to see polar bears. The small airstrip is served regularly by flights from Winnipeg, and there a number of lodges providing accommodation and services available for keen polar bear watchers.

The bears gather here at the end of summer, waiting for the waters of the bay to freeze so they can head out onto the ice and hunt for seals. Mothers shepherd their cubs away from the boisterous males, who spend much of the time sparring. Those that wander into town in search of food are rounded up and put in the town’s unique Polar Bear Jail until they can be relocated back into the wild.

Lots of companies offer tours to see the bears, including Audley Travel’s The Great Polar Bear Gathering. The bears are best viewed from tundra buggies, specifically modified trucks that can handle the rough, icy terrain and provide safe viewing of the bears. 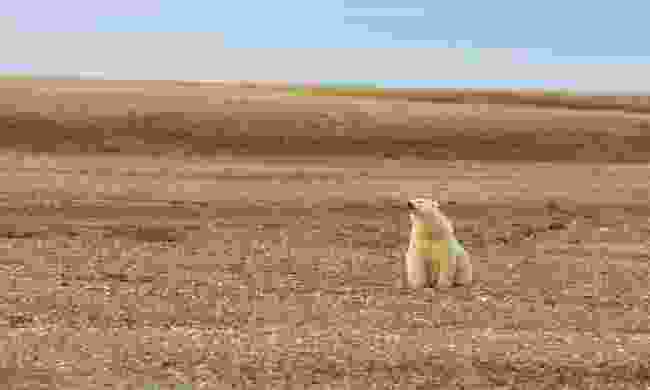 Sitting high in Russia’s Arctic Far East, Wrangel Island isn’t called the Polar Bear Maternity Ward for nothing. It has the highest density of polar bear dens in the world, with over 500 mothers giving birth to cubs here each year. If it’s cute cubs you want to see, this is the place to visit.

Getting to Wrangel Island is not easy. It is isolated and remote, and you’ve got the pleasure of dealing with Russian bureaucracy, too. Thankfully, a number of well-respected tour companies run expeditions to Wrangel, including Wildlife Worldwide, who offer a trip to the island led by world-renowned wildlife photographer and friend of Wanderlust, Mark Carwardine. 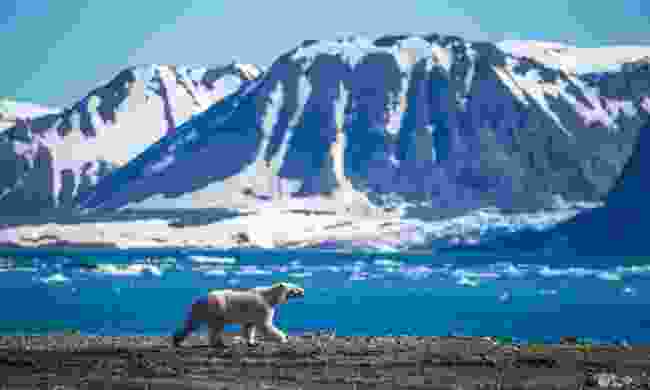 A polar bear roaming the shoreline on Spitsbergen (Shutterstock)

The chances of seeing polar bears in the Norwegian archipelago of Svalbard are amongst the best in the world. Polar bears live here all year round, boasting a population higher than that of humans.

In all probability, you’ll spot polar bears here from a ship rather than land. In winter, the bears spend their time hunting on the ice floes. In summer, they spend their time roaming isolated shorelines looking for food, in areas without access by road and a long way from human settlement.

Tours like Intrepid’s Spitsbergen In Depth cruise circumnavigates the island and offers plenty of opportunities to spot polar bears, as well as other Arctic wildlife including walruses.

"Svalbard is an extraordinary and awesome destination to meet and photograph polar bears," confirms wildlife photographer and Polar Bears: A Life Under Threat author Michel Rawicki. "I’ve been back eight times and never been disappointed." 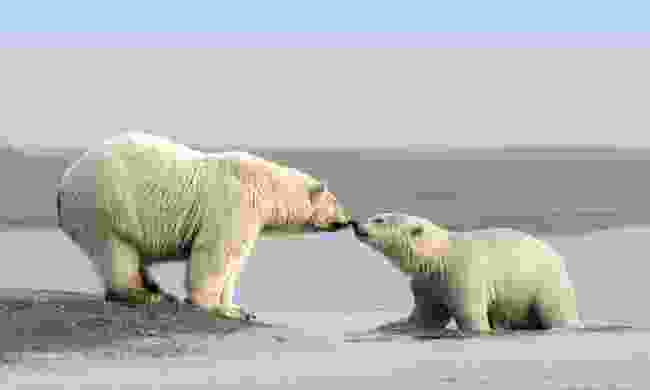 The impact of climate change on sea ice in Alaska has caused a huge increase in polar bears living in the tiny Iñupiat Eskimo village of Kaktovik.

Where the bears once spent most of their time out on the ice hunting, locals have noted more mothers building dens on shore. Polar Bear encounters aren’t new in Kaktovik. They’re just more regular.

Kaktovik Tours are one of the handful of indigenous-run companies offering polar bear viewing trips by boat during the summer months. The local community is permitted to catch a limited number of bowhead whales, and the hunter-harvested carcasses left on the beach prove a popular gathering spot for the hungry bears. Polar bear and cub on an ice floe in Greenland (Shutterstock)

The government of Greenland uses the polar bear in their national coat of arms, but they're not easy to spot. For one thing, Greenland is huge. And the polar bears tend to live in the northernmost parts of west Greenland and north-east Greenland, some of the most inaccessible parts of the country. It is rare for a local or a visitor to spot one by accident.

Your best bet for seeing a polar bear in Greenland is by ship, probably aboard one of the expedition ships used by tour operators here, like Polar Routes on their Inuit Arctic & Beyond tour. The good news is that they are relatively easy to spot once you're on board. Their off-white fur is clearly distinguishable against both pack ice and the landscape. It's a truly wild encounter. Part of the Russian Arctic National Park, this nature reserve/Cold War-era military base is the northernmost island in the Arkhangelsk Oblast, just 560 miles below the North Pole. There is no permanent human settlement here, so wildlife has thrived, making it one of the best places to see not just polar bears, but Arctic foxes and walruses, as well.

Again, getting to Franz Josef is a tricky business. Most visitors visit the island via the nuclear-powered Russian icebreaker 50 Let Pobedy (50 Years of Victory). There are other options, though: Intrepid use the Ocean Adventurer out of Murmansk for their Jewels of the Russian Arctic tour. Polar bears can be spotted from deck or more intimately on Zodiac excursions close to the shore. 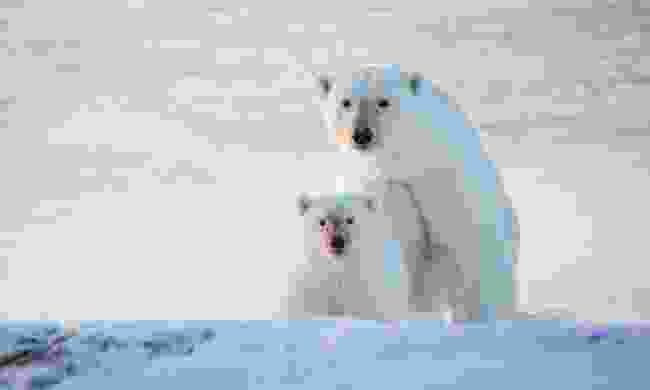 Mother and cub in Nunavut (Shutterstock)

Nunavut is where English comedian Romesh Ranganathan spotted polar bears on his travel series, The Misadventures of Romesh Ranganathan. Sitting high on the west coast of Hudson Bay, it is the final stop for the bears on their journey in search of sea ice along Canada’s 'Polar Bear Alley'.

This small, indigenous settlement is reached by a 50-minute flight from Churchill and offers the chance to see polar bears in their natural environment, at the very edge of the ice floe. In summer, you can watch them hunt seals. In March, you can watch polar bear cubs emerging from their dens for the very first time.

There is plenty of other wildlife on the edge of the floe, too, including the narwhal, sometimes touted quite rightly as the 'unicorn of the sea'. Audley Travel’s Nunavik: Wildlife & Inuit Culture tour is a great introduction to all the area has to offer.

How to spot more Arctic wildlife:

Everything you need to know about Arctic foxes