Alternate Amazon: Where to experience the rainforest beyond Brazil

Brazil is home to 60% of the Amazon Basin, but you’ll find large swathes of the Amazon rainforest in seven other countries – and one overseas territory – each with their own biodiverse personality... 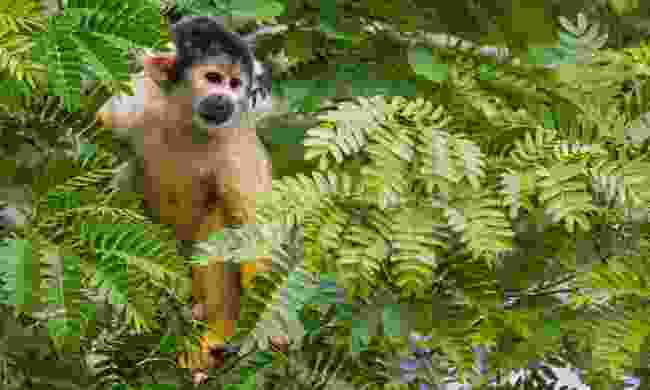 Tucked away in the north of the country, the Bolivian section of the Amazon is relatively easy to reach and the most affordable part to explore. Most tours leave from the frontier town of Rurrenabaque  – a bumpy 30-hour bus ride from La Paz – and offer the choice between a pampas and jungle experience.

Pampas tours are cheaper and take you through a wetland savannah on the edge of the Amazon basin. The wildlife viewing is excellent – you’ll see more alligators, squirrel monkeys and capybara than you can point your camera at.

But for a real Amazon rainforest experience, you need to take a jungle tour. A three-hour motorised canoe ride will take you deep into the forest, where there is a choice of eco lodges and treks.

The wildlife maybe harder to spot. The mosquitoes are voracious. But it’s a great way to experience the Amazon without taking out a second mortgage. 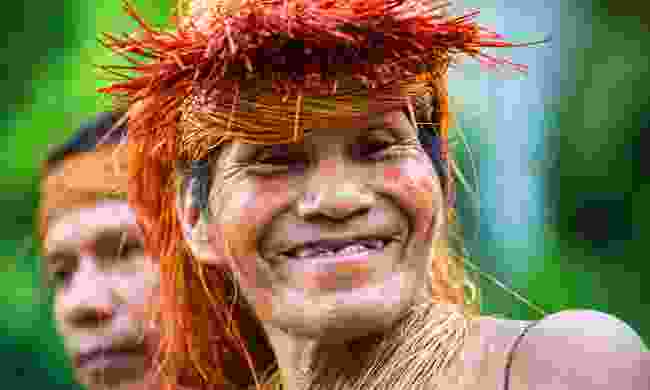 A cheerful local in the Colombian Amazon (Shutterstock)

The Amazon makes up over a third of Colombia but it remains the least explored area of the country. There is an infrastructure, of sorts, in Leticia, the capital of the Amazonas Department, and close to where the borders of Colombia, Brazil and Peru meet. But the rest of the Colombian Amazon is wild and untamed.

Using Leticia as your base, you can explore Tarapoto Lake to swim with pink dolphins and fish for piranha or visit Puerto Nariño, an eco-village run by indigenous people, two hours up stream. You’ll find Parque Nacional Amacayacu here too, home to hundreds of Amazonian species including 468 species of birds.

Those looking a truly unique Amazonian experience should head to the the Mavecure Hills in the isolated Guainía department in the east. These giant granite monoliths loom large over the jungle and can only be accessed by plane. 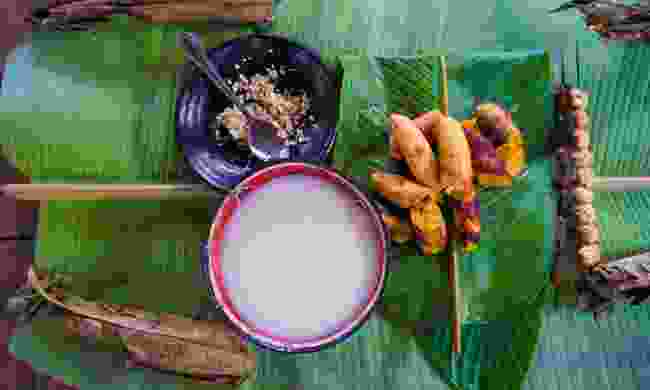 Despite making up only a tiny percentage of the overall Amazon rainforest, the Ecuadorian section packs quite a punch. Sitting at the base of the Andes, Yasuni National Park is regarded as one of the most biologically diverse regions on Earth. It is home to 121 species of reptile, 150 amphibians, 200 mammals, 382 types of fish and close to 600 different birds.

The Ecuadorian Amazon is also one of the best places in the basin to meet and interact with local Indigenous tribes, such as the Huaorani and the Shuar and the more integrated Quechua.

Local communities offer accommodation at basic lodges along the banks of several tributaries, as well as guided tours into the jungle. You’ll learn about medicinal plants, get instructions on how to use a blowgun, experience a shaman ceremony and trek to San Rafael Waterfall, where the water cascades 500ft through a clearing in the rainforest. 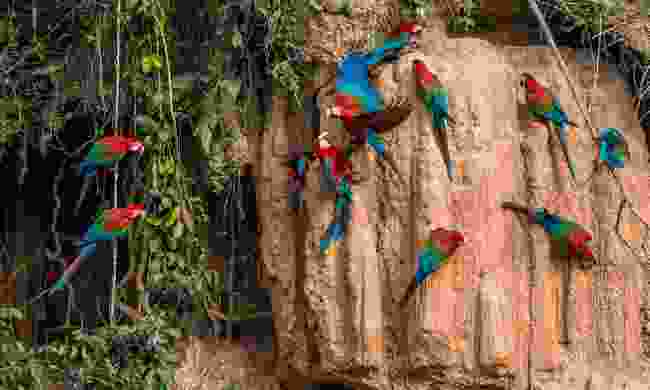 Macaws on a clay lick in the Peruvian Amazon (Shutterstock)

With 12% of the Amazonian basin within its borders, Peru is home to the largest section of Amazonian rainforest outside of Brazil. The isolated city of Iquitos makes the best base for excursions into the Peruvian Amazon proper.

It is not connected to the rest of Peru by road and perversely, is most easily reach by boat from Manaus in Brazil. From Iquitos, you can catch a boat to the Pacaya Samiria Allpahuayo Mishana National Reserves or visit one of the Yagua villages that dot the river.

Manu National Park, a UNESCO World Heritage Site, can be reached within a day, and contains incredible levels of biodiversity including 15,000 species of plants, 1,000 species of birds and 400 species of mammals, reptiles and amphibians. Tourism is restricted to the Reserved Zone and the Cultural Zone which both flank the park.

Tambopata, close to the border with Bolivia, is another ‘all round’ option, offering affordable lodges and wildlife experiences, but note that it is located on a tributary of the Amazon rather than the mighty river itself. 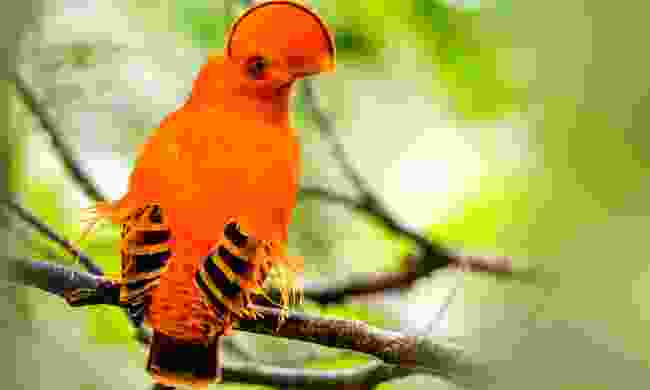 Guyana is home to one of the last unspoilt stretches of the Amazon. 80% of the land remains virgin tropical rainforest. Part of that success is down to involving the local Amerindian community to preserve the forest and implement conservation projects. The other is that it is incredibly difficult to reach. Located deep in the south of the country, you’ll need to charter a boat or hire a 4WD to reach it.

Having said that, a rudimentary infrastructure is springing up. Local companies offer tours to the region, staying in locally-run eco lodges and going on indigenous-led rainforest tours. It’s not easy – and it’s certainly not cheap – but the rewards are immense.

The rainforest and rivers in the Guyana Amazon are home to giant river otters, black caiman, tapir, eight species of monkey and over 800 species of birds, including the harpy eagle, one of the largest in the world, and the stunning Guianan Cock-of-the-Rock. It’s also the best place to spot in the Amazon to spot an elusive jaguar and your best chance of catching an Arapaima, the world’s largest scaled freshwater fish, which thrives here. 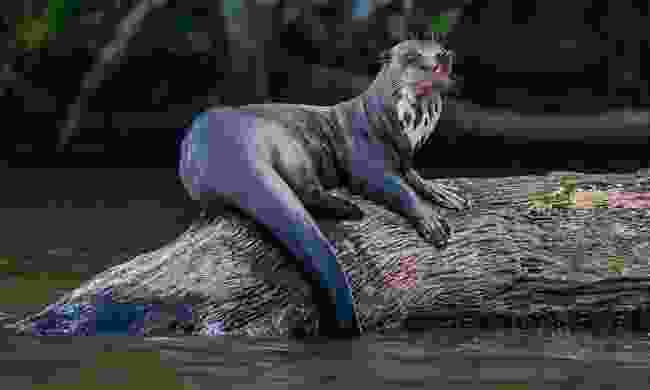 Not a country as such, but rather an overseas territory belonging to France, French Guiana has the bizarre distinction of being home to the largest national park in the EU.

At 34,000 sq km, the French Guiana Amazonian Park is bigger than some European countries, and preserves a forest of exceptional diversity, as well as the cultural heritage of the Amerindian, Bushinengue and Creole that call French Guiana home.

The park is accessible only by air or canoe along the Maroni River and Oyapock River. At the tiny village of Saül, a 45 minute flight from Cayenne, a series of well-posted trails have been created part of an 'Amazon for All' programme.

At Memora Creek, down near the border with Brazil, local boatmen will take you out on a pirogue to spot giant otters. Nearby, the granite inselberg, Susu Bella, emerges from the tropical rainforest, a challenging climb and home to rare orchids and birds. 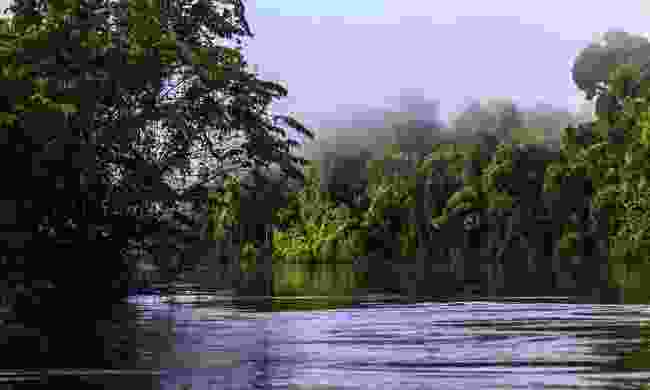 The Suriname Amazon at dawn (Shutterstock)

Known as the ‘Beating Heart of the Amazon’ Suriname’s small slither of Amazon rainforest is remote and largely inaccessible. Covering three administrative districts, Brokopondo, Para and Sipaliwini, the rivers here are the highways, an intricate web that locals navigate by boat to get from Point A to Point B.

The area is almost entirely covered with tropical rainforest, with mountain ranges in the south and east. At 1,280m, Julianatop is the highest peak. And nearby Lake Brokopondo, is one of the largest reservoirs in the world. Most of the local Amerindians and Maroons live in this region. 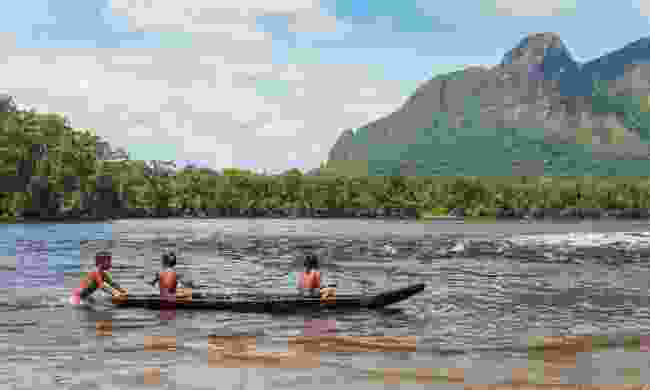 Troubled Venezuela has over 18 million hectares of Amazon rainforest in the southern state of Amazonas. Surprisingly, it has one of the lowest deforestation rates in the Amazon Basin, with much of the area still uncharted and unexploited.

Getting there is not easy and hence it has remained isolated. Most independent travellers catch a bus to Santa Elena near the Brazilian border and start exploring from there.

Local companies offer Amazon tours in both Ciudad Guayana and Ciudad Bolivar.  And in Mérida, you’ll be able to find trips to the Los llanos section of the Amazon. Whichever option you choose, you’ll discover a part of the Amazon that remains relatively untouched.

Note: This article was published in September 2019. For up-to-date travel advice regarding the Amazon, please visit the UK Foreign Office's official travel advice