13 of the best places to see African wild dogs

Spotting African wild dogs on safari requires luck and patience. But you can boost your chances of a brush with the ‘painted wolf’ by heading to one of these reserves…

The African wild dog (also known as the African painted dog or 'lyacon pictus') is one of the world's most endangered mammal species. These animals live in Southern Africa, or on the Eastern coast of Africa, and can now be found in nature reserves and national parks across places like Tanzania, Botswana, Zimbabwe and Mozambique.

However, with so few African wild dogs left, it's hard to say for sure just how many you'll be able to see with your own eyes, on safari. While the population figures quoted in this article have all been carefully sourced, African wild dog numbers in individual national parks and reserves are prone to fluctuate due to various factors such as disease outbreaks, predator competition from lions and hyenas or displacement by rival packs.

Here are the best places in Africa to see African wild dogs... 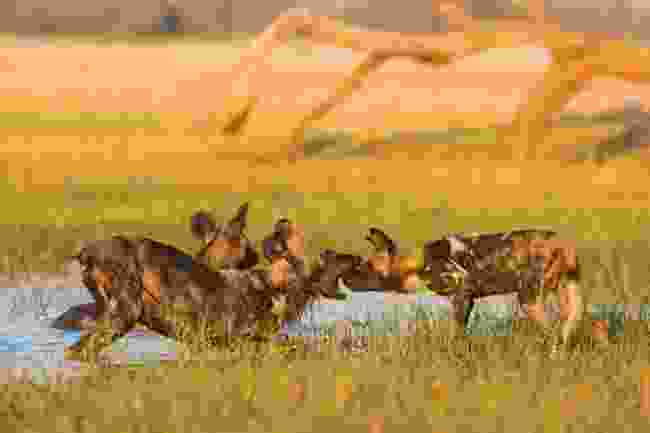 Once widespread across sub-Saharan Africa, this charismatic canid, with its mottled russet, black and white coat, Mickey Mouse ears and a reputation as a voracious pack hunter, has been eradicated from much of its former range. Mana Pools and the mid-Zambezi Valley support a population of around 100 adults – two packs led by alpha female Tait and her daughter Blacktip starred in the BBC’s Dynasties series. Visit in the dry season (July to October) when wildlife gathers around pools on the floodplains of the Zambezi River. 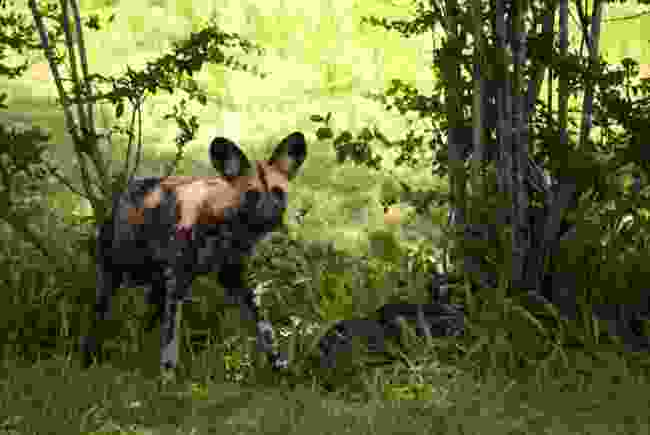 An African wild dog in the shadows in Selous, Tanzania (Dreamstime)

Sprawling over 45,000 square kilometres, the Selous is a stronghold for African wild dogs with up to 800 roaming the reserve’s open grassland and miombo woodland. They need space – and the Selous has it in abundance. But sightings aren’t guaranteed even here. Wild dogs can turn up, only to vanish again for months. Your best chance to spot them is when they den, settling down to raise pups and hunt in one area – and that’s where local knowledge from guides at camps like Siwandu can prove invaluable. 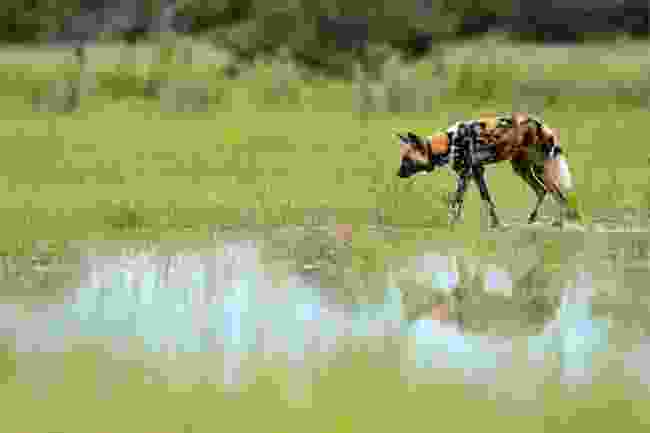 The total number of African wild dogs is thought to be 5,000-7,000, with the IUCN Red List totting up a mere 1,400 mature individuals. Habitat loss, conflict with farmers and contact with domestic dogs carrying diseases like rabies and canine distemper underlie their decline. Protecting the core of the Okavango Delta, Moremi Game Reserve offers sanctuary to several packs of African wild dog. Prime time for establishing dens, the dry winter months of May to July offer some of the best opportunities for sightings. 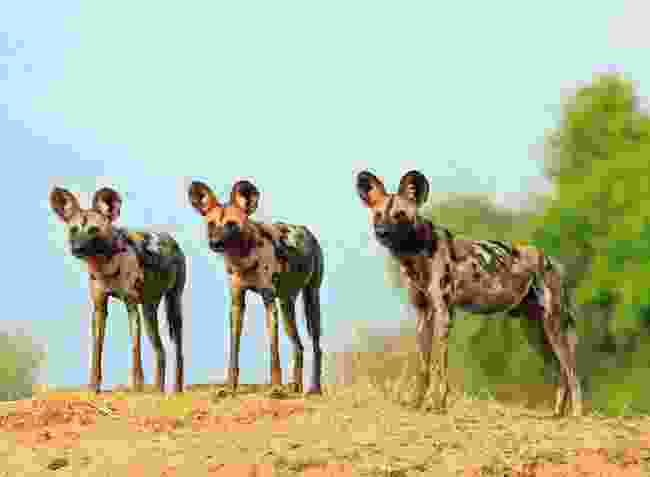 With an estimated 350 adults and yearlings in the Luangwa Valley, the fortunes of the African wild dog have been given a boost by the Zambian Carnivore Programme’s strategy of de-snaring, land-use planning and vaccinations in local communities to prevent the spread of disease from domestic dogs. Head to South Luangwa National Park between June and October (prime season for walking safaris) and you can set off on foot with an armed guide, tracking wild dogs through a wildlife-rich mosaic of woodland, grassland and wetland. 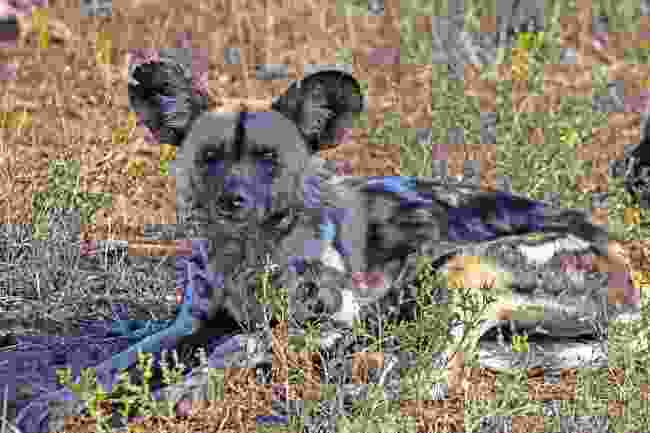 Madikwe may be small compared to other reserves on our ‘wild dog hotlist' at 750 square kilometres, but despite its modest size, you have a big chance of seeing African wild dog here. A fenced reserve northwest of Johannesburg, it underwent a modern-day Genesis during the 1990s when thousands of animals were reintroduced into old, unproductive farmland. Once herbivores like impala, wildebeest, zebra, giraffe and elephant were established, predators followed, including six wild dogs in 1994. Now three packs (a couple of dozen dogs in total) can be seen on game drives from the reserve’s excellent range of camps and lodges. 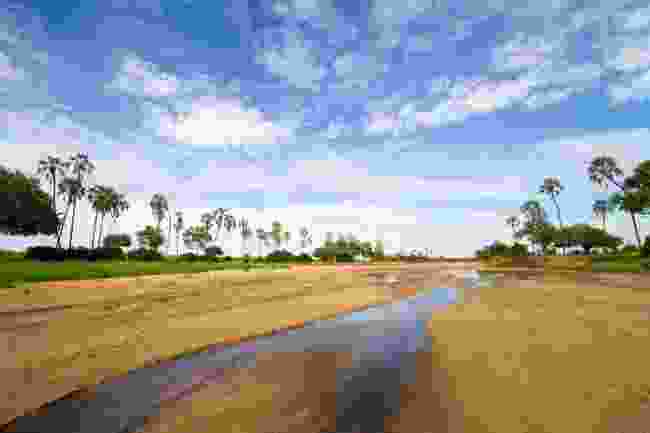 Often combined with the Selous on a ‘fly-in’ safari of Tanzania’s southern circuit, Ruaha is the country’s biggest national park and supports Africa’s third largest wild dog population. Several hundred of the endangered canids live here, but with only a handful of camps and over 50,000 square kilometres of baobab-dotted savannah and dense woodland to cover, you’ll need a good pinch of luck to see them. Try visiting late in the dry season (September to October) when packs might be encountered resting in the shade of trees or drinking in pools along the sandy riverbed of the Great Ruaha. 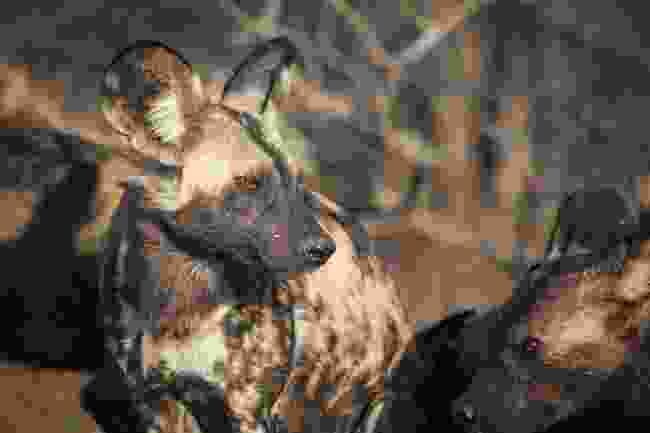 The painted wolves of Mana Pools might have stolen the limelight during the BBC’s Dynasties series, but Zimbabwe’s flagship national park, Hwange, actually has twice as many wild dog – around 200 in some 32 packs. The park is home of the long-running Painted Dog Conservation Project – visit their Interpretative Hall near Main Camp to learn about wild dog conservation, view individuals housed in the adjacent rehabilitation facility and buy souvenirs made from snare-wire removed from the park. 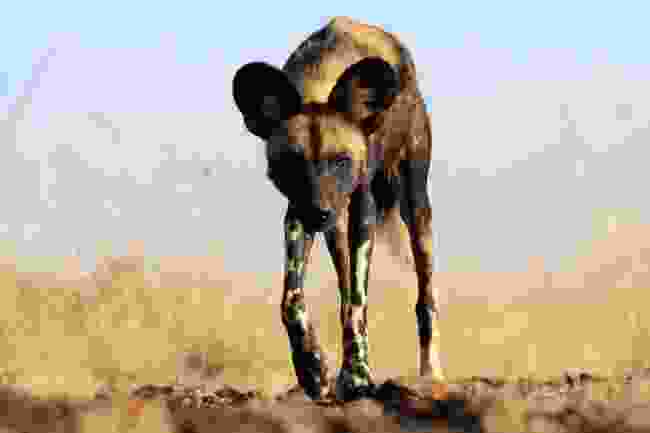 This semi-arid wilderness north of Mount Kenya is renowned for its community-run conservancies. Several endangered species have benefited, including black rhino and reticulated giraffe. During 2017, however, the wild dog population was decimated when around 10 packs were wiped out by canine distemper. But they’re making a comeback. Towards the end of 2018, wild dogs were once more spotted in Loisaba Conservancy – helped by an ambitious vaccination programme for domestic dogs in the area. 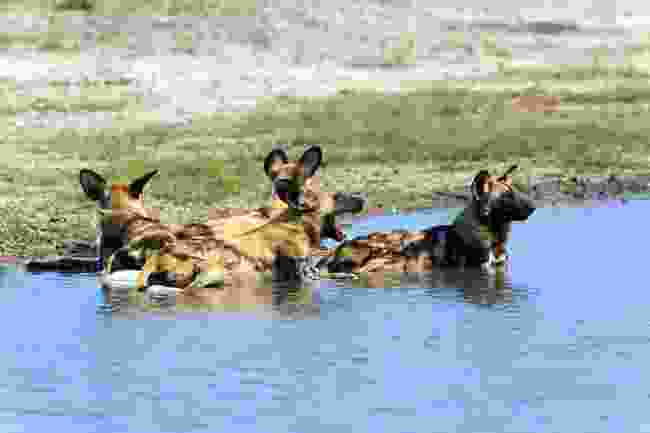 Anywhere in northern Botswana is a good place to head for wild dog sightings – including this trio of concessions sandwiched between the wetlands of the Okavango and Caprivi. 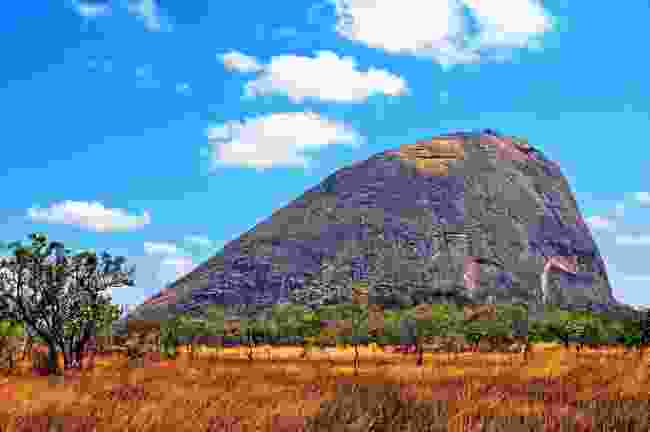 Granite hill in the Niassa province of Northern Mozambique, home to a variety of wild animals (Dreamstime)

Difficult to reach, with only one or two wilderness camps, this remote reserve is connected to Tanzania’s Selous by a wildlife corridor – excellent news for wide-ranging wild dogs. 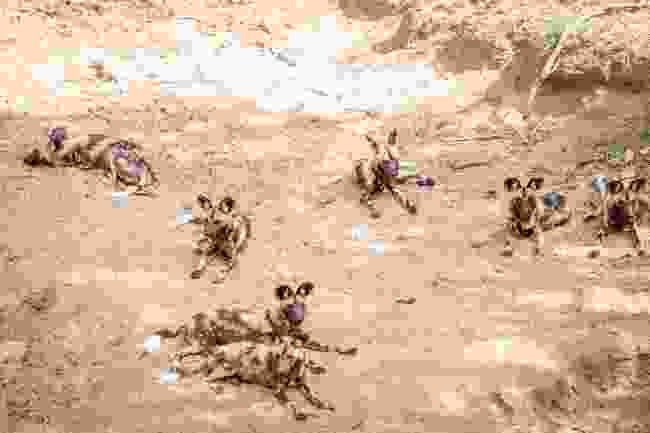 Around 250 wild dogs, widespread and rarely seen. Fortunately, this photographer was lucky enough to catch a few having a rest, back in 2015. 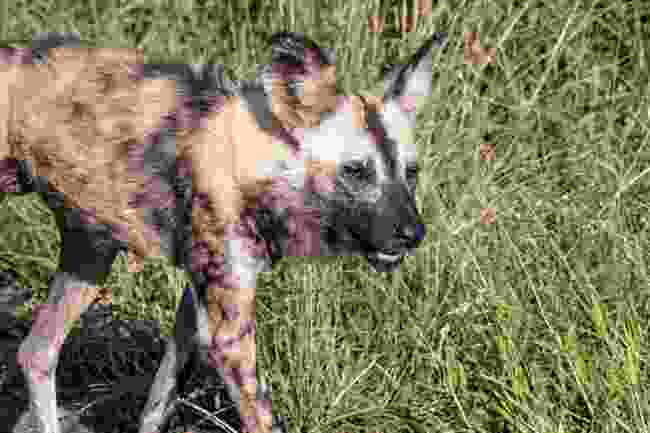 One of several reserves in KwaZulu-Natal to have reintroduced wild dogs, tracking and monitoring them on a daily basis. 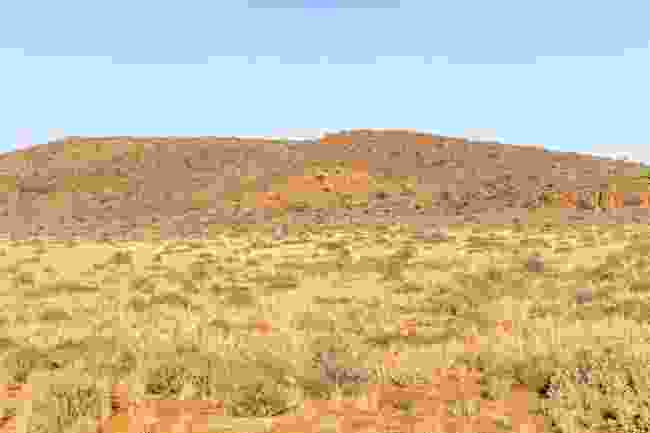 Between Kliprand and Nieuwoudtville, in the Northern Cape (Dreamstime)

This Kalahari reserve lost its wild dogs to canine distemper in 2016, but two packs are now established and regularly sighted.

Can you see African wild dogs in the Serengeti?

Why the Serengeti fell silent in 1991 to the yelps, whines and other social calls of African wild dogs is still a mystery. The wide-open grasslands and plentiful gazelle seemed like perfect territory for a hunter that’s adapted to running down prey over long distances. Whether it was due to human interference or increasing numbers of lion and hyena, the fact remains that wild dogs rarely roam the Serengeti. For your best chance, head to the Singita-Grumeti Concession in the west, or to Ngorongoro and Loliondo in the east.