5 gorgeous European countries you can visit this summer

With the shocking news of the UK updating its advice against all non-essential travel to Spain, we take a look at five places where you CAN travel this summer, according to the latest guidance...

With the shocking news that Spain is now on the 'essential travel only' list, and rumours that France and Germany will soon follow, there’s every reason to look further afield for a European short break.

Here are 5 brilliant countries to explore (safely) in Europe this summer... 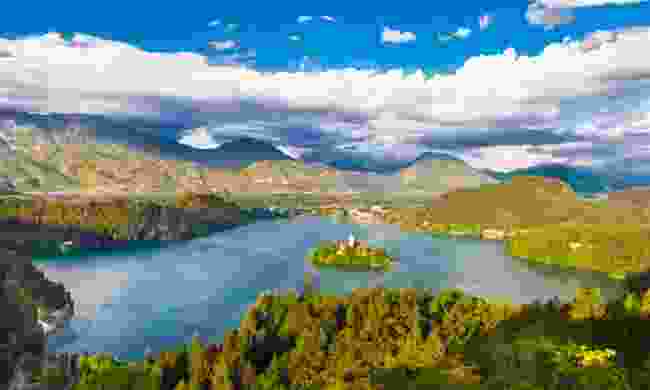 With soaring mountains splashed with blue lakes and cloaked in greenery, Slovenia in central Europe makes for a fine place to enjoy the great outdoors this summer.

The most popular summer activity? Hiking in the Alps, where valley views and meadows of wildflowers await. Around 10,000km of marked hiking trails are waiting to be trekked, and with plenty of mountain huts along the way, you won’t be short of places to stay. For a high-octane outdoor escape, try caving in the Postojna Caves, or kayaking a glacial lake. To cool down after a whirlwind of adventure, a spot of swimming on the Mediterranean coast is in order.

For those who prefer to take it easy, a short break in the riverside capital, Ljubljana, fits the bill. With cobbled streets and pastel-hued houses, this attractive city is bursting at the seams with art, culture and delicious cuisine.

Discover more incredible things to do in Slovenia 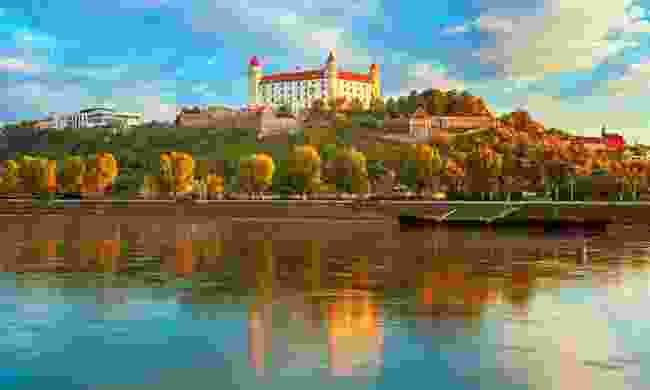 Slovakia, also new addition on England’s quarantine-exemption list, offers plenty of summer must-dos. Hiking in Slovak Paradise National Park is one, and with so much to see and do here, it will take you a while to get from A to B. Don’t miss the UNESCO-listed Dobšinská Ice Cave, the Kláštorisko ruins (dating back to the 13th century) or the spectacular Zavojovy Waterfall.

And then, of course, there are the views. Climbing 1,156m to the summit of the highest peak in the park, Havrania Skala, is worth it for even a moment at this vantage point – it's a verdant eyeful of tree-covered mountains rolling out into the horizon. Slovak Paradise National Park is just one of nine national parks in the country, so there’s plenty of places to get your fill of nature.

Away from the mountains, Slovakia’s castle-strewn capital awaits. With gilded palaces and grand fortresses fighting for space on the skyline, walking the streets of Bratislava is a step through time. But it’s not all about the past – boutique eateries and lively beer halls creating a bustling atmosphere that’s decidedly modern.

Finally, go laid-back in Slovakia’s rural villages. The medieval town of Bardejov in the north-east is one of the oldest in the country, and is particularly impressive, for its cultural monuments remain completely in tact. Study its wooden church carefully and you’ll see that not a single nail has been used to build it. Unsurprisingly, Bardejov was inscribed as a UNESCO World Heritage Site in 2000.

How to spend a long weekend in Bratislava, Slovakia 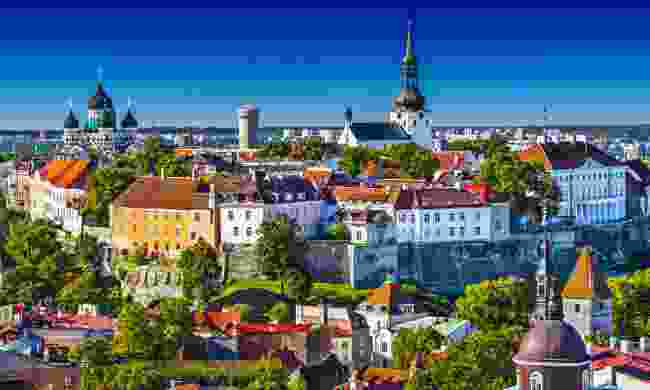 For an island-hopping holiday without the crowds, look no further than Estonia. First, head to the west coast and ferry around the various islands. Saaremaa and Muhu are both catnip for birders, with Viidumäe Nature Reserve and Vilsandi National Park boasting an impressive variety of migratory birds.

Quieter Hiiumaa island is perfect for those who want to mix a day at the beach with history. Pristine sand can be found on the coast popular with surfers, and its 16th-century lighthouse – one of the oldest in the world – is well worth exploring. Kihnu island is ideal for soaking up the culture and meeting the locals. This small community of inhabitants, many of them fishermen, hark back to a more traditional way of life, making their own clothes and singing, dancing and playing games.

Back on the mainland, the capital city of Tallinn’s sandy coastline is perfect for a summer day out, particularly since its usually quiet. Away from the beach, history awaits at the popular Old Town, where beautiful medieval buildings and churches offer an insight into Estonia’s past. For a glimpse into the 'new', make a stop at the creative hub Telliskivi.

10 things you didn't know about Estonia 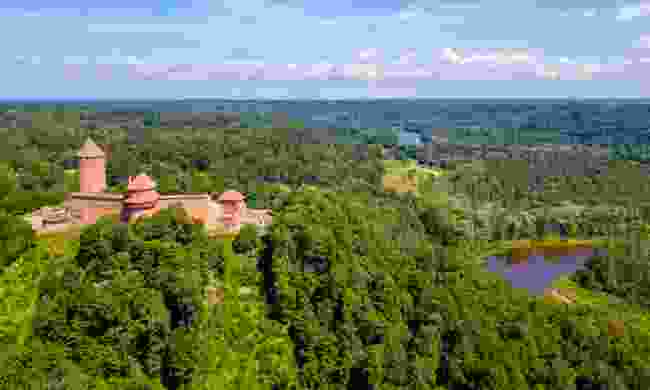 Latvia is big on nature: expect golden sand beaches for summer days by the sea, long walks through thick woodland and pristine lakes for peaceful kayaking.

For true wilderness, head to Gauja National Park in Vidzeme, in the country's north-east. Here, a thick blanket of forest wraps itself around ancient castles and mirror-like lakes. Hiking in the woodland and along the banks of the Gauja River will reveal myriad birds and forest animals. The Turaida stone castle has been turned into a museum, so you can learn more about the trading history of the river, while still enjoying views from the castle tower.

Wild swimming enthusiasts should head to Venta Rapid, officially the widest waterfall in Europe, and take a dip under the long row of short showers, which fall off a tier and into a vast pool. Better yet, visit in spring and you may be joined by jumping vimba. This type of migrating fish reaches such heights from the water that they often draw a crowd.

Although most of Latvia is vast, untouched wilderness, its cosmopolitan capital Riga makes for a charming (and lively) city break. Grand buildings show off their colourful facades, while atmospheric eateries hide on the cobbled corners of the Old Town. Incredible architecture can be gawped at in the Art Nouveau district, while neighbouring Bastejkalna Park, with its tall trees and quaint canals, is the perfect place for a shaded city walk. 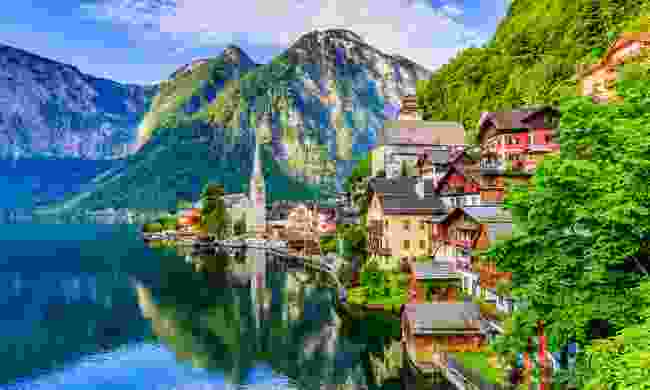 Hallstatt, one of Austria's many picturesque Alpine villages (Shutterstock)

While Austria has been on the UK’s quarantine exemption list for a few weeks, it has only just been announced that UK travellers can go to Austria without needing to take a test or isolate on arrival.

Most associate the Alpine country with skiing in winter, but Austria is a  playground for outdoor adventurers during summer, too. Once the snow melts, rolling meadows filled with wildflowers are revealed. And with pathways meandering through the peaks, it’s easy to explore by foot and by bike. Expect to discover many charming Alpine villages, too. The village of Alpbach, for example, has been officially recognised as the most beautiful village in Austria, thanks to its chocolate box houses perched on an emerald slope.

Come down from the mountains and reach the capital, Vienna, for a completely contrasting vibe. With spectacular palaces, grand streets and a skyline of tightly-packed buildings, it’s almost impossible to believe that all that open Alpine space is just next door. The only reminder is the glorious mountain backdrop behind the city.

But that doesn’t mean Vienna is any less appealing than the countryside. The city is home to world-renowned art galleries such as Belvedere Palace, which houses the largest collection of Gustav Klimt’s work, including The Kiss. Approximately 50% of Vienna is green space, so you won't miss out on nature in the city, either. Botanical gardens, impressive fountains and statues galore all peek out from the greenery.

Stay up to date on the latest travel news:

Updated daily: Which borders are open and closed?

The latest: Which countries are exempt from quarantine in the UK?

Lyn Hughes: Why the world still needs us to travel