What Malawian orphans taught my children on our travels

The Cagols continue their family adventure across Africa, camping in an orphanage in the heart of Malawi

One of the things our kids have really enjoyed on our journey through Africa is meeting other kids. So when we heard about a campsite in Rumphi in Malawi, run by an orphanage, we decided to break our journey there on our way to Nyika National Park.

The campsite was called Makunamata, and when we arrived it was shuttered and closed. A man lingering near the entrance suggested we should call the owner, and after a quick chat on the phone we were allowed in. There were plenty of kids about, so Luca grabbed the handmade football he had purchased the day before and ran off to join them. Edwina and the girls decided to join in too, leaving me to set up camp.

A guard pointed me towards a patch of grass at the back of the orphanage, but when I got out of the car the ground squelched under my feet.

He pointed to another patch of grass about 100 metres away, but it was worse. Almost immediately, I felt the car sink into mud. I was well and truly bogged. 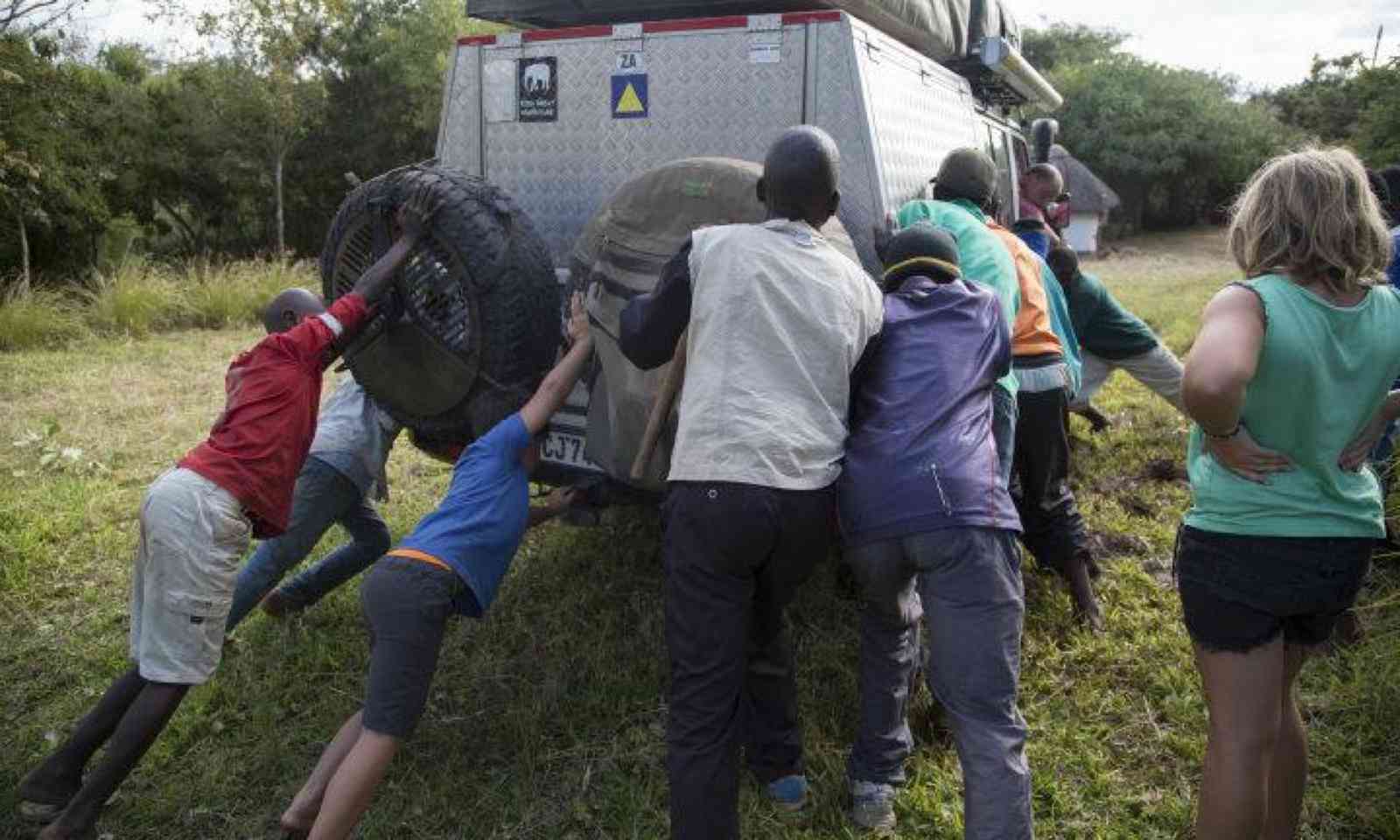 Stuck in the mud (Edwina Cagol)

This being Africa, I was soon surround by ten villagers, all discussing the best way to get the car out of the mud. They spoke in their local language, so I waited, bemused, for a course of action to be decided upon. After a heated discussion, it was decided we should stick some wood under the wheels and push.

The first few attempts were not successful, but the revving engine soon caught the attention of the orphans and they swarmed over to help. After three or four attempts, the car was out of the mud and parked up on a drier site.

The orphans, of course, thought it was hilarious and were soon falling about laughing. Edwina and the kids were laughing too, and although I was the brunt of the joke, I was pleased to have brought some amusement into the tough lives of the orphans. 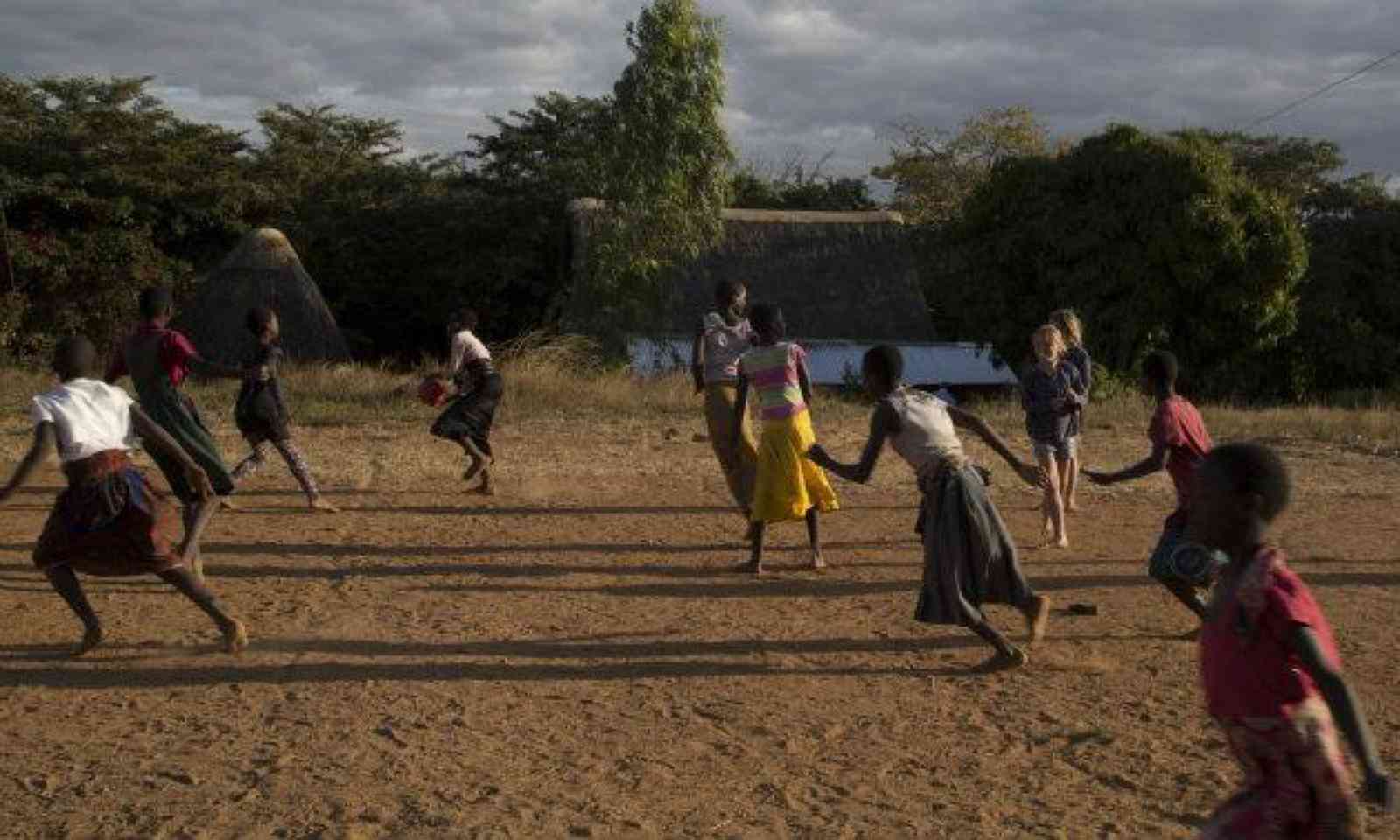 Netball at the orphanage (Edwina Cagol)

Luca ran off again to play football with the boys. The girls joined in on a netball match, but only after much hugging and shaking of hands with the girls playing. As the sun set, the orphans drifted off into the night.

“Where are they going?” asked Edwina.

“Back to their families,” explained Arabella.

“I thought they were orphans,” said Edwina.

“They are,” said Arabella. “But they live with their aunties or uncles. They come here for school and for help about losing their parents.” 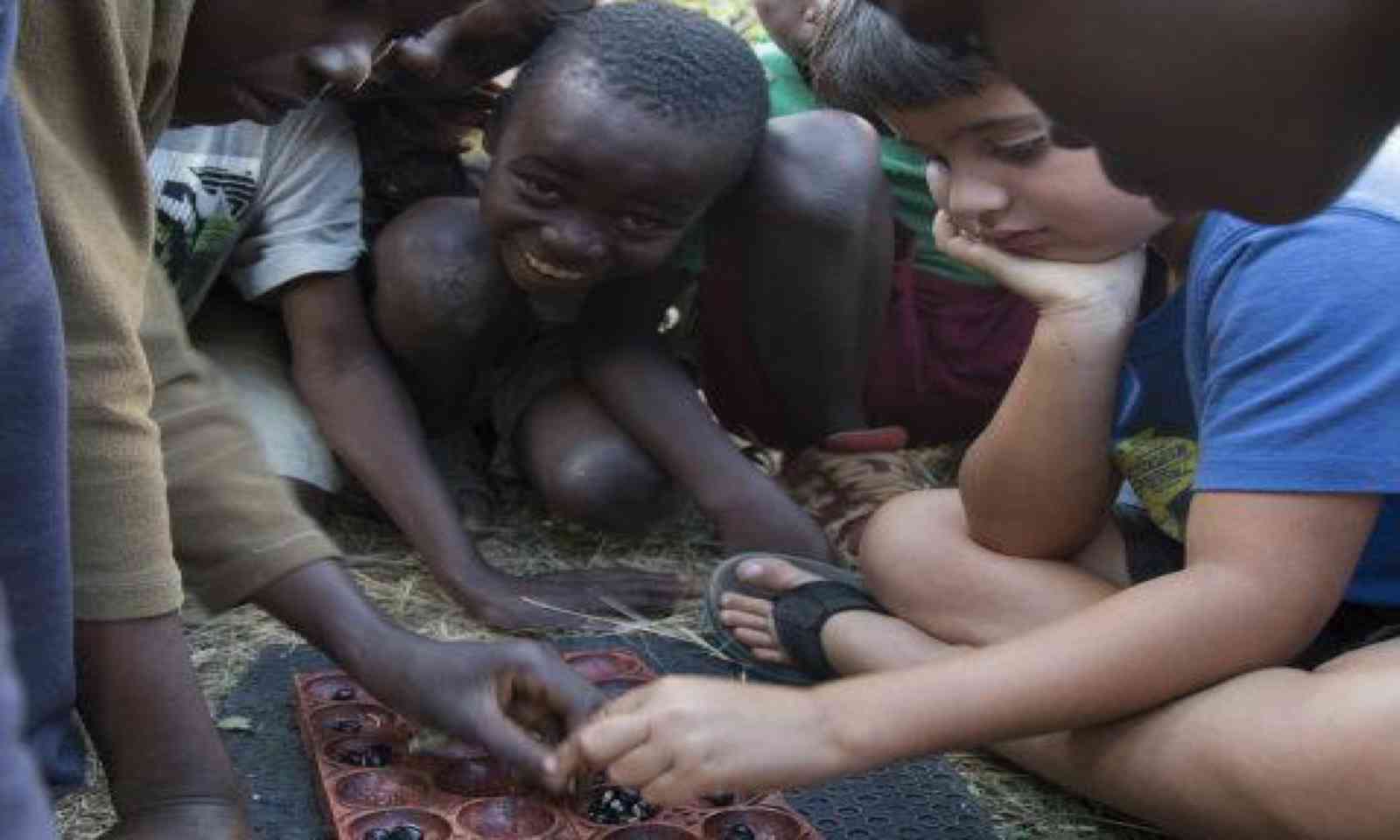 Edwina gave me a little smile and I knew what she is thinking. In the six months we have travelled through Africa, our kids have seen and experienced so much, not all of it fun or good. They have seen the hardship some children live with and the optimism they approach life with regardless.

They have become kinder, more empathetic and more curious.

“I think I’m going to leave my new ball with the security guard,” said Luca. “That way the kids can play with it when we’ve gone.”

It was my turn to smile now.