Cool down Britannia: 7 ways to escape the heat in London

With London experiencing heatwave conditions and no end in sight for the record temperatures, we look at ways to keep your cool in the sizzling British capital

1: Dance amongst the water jets at Granary Square 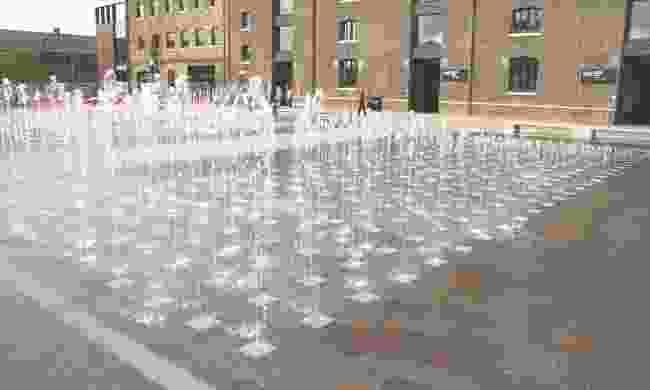 With temperatures constantly nudging 30 degrees, the fountains at Trafalgar Square may look like a tempting place to cool down. Indeed, it was something of a tradition, especially after a few drinks. Sadly, the practice was banned after the Great London Authority passed an ordinance in 2005.

Just remember to bring a change of clothes.

2: Take a dip in the UK’s largest unheated lido 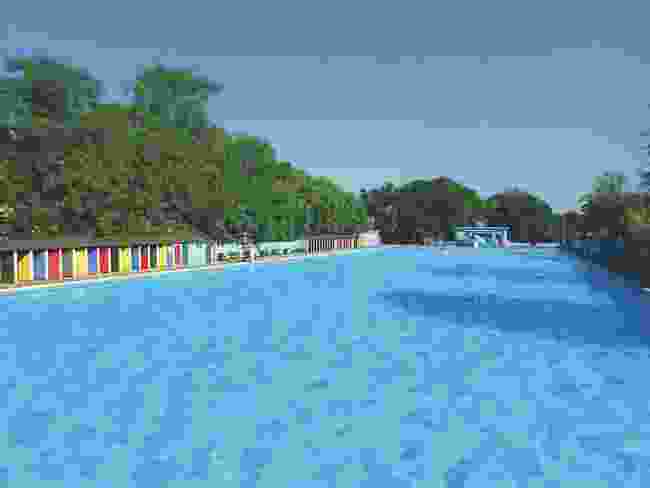 Take a trip back to simpler times and cool down like they did in the early 20th Century with a visit to the UK's largest outdoor, unheated lido on Tooting Common.

Built in 1906 and still the largest freshwater pool in England, the Lido is famous for its iconic, brightly-coloured changing rooms. Do a couple of laps, splash amongst the kids or simply sit in the shade of one of the mature trees that surround it. It’s the perfect way to escape the stifling south London heat. 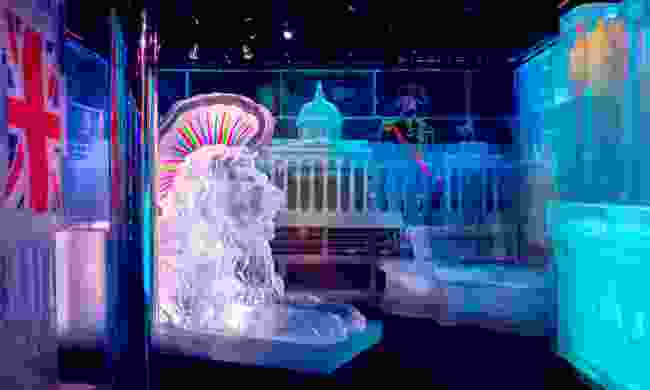 Imagine a place in sweltering London where there isn’t just ice in your drink, but the glass and bar you’re served from is made from ice as well. Not only that, the temperature of the said bar is a frosty -5°C all year around.

That place is the Below Zero Ice Bar on Heddon Street, just off Regent Street. Each year, a team of crack team of ice artists, designers and mixologists create an entirely new concept for the bar.  Decorated by fabulous ice sculptures it is, quite literally, the coolest place in town. 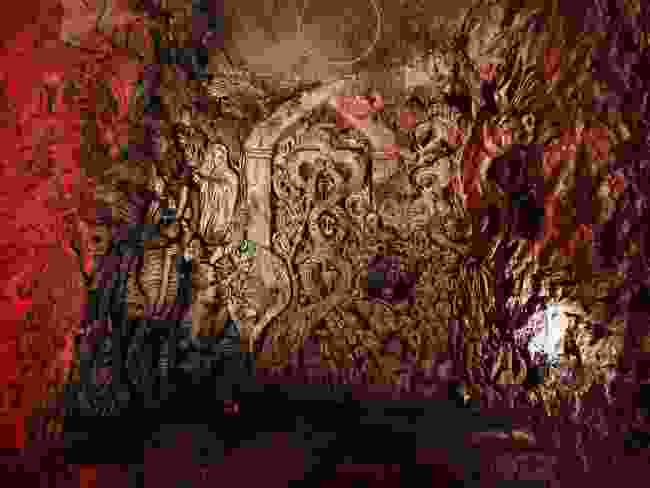 Not the London Underground, which every Londoner known is hotter that Hades. Rather the Chislehurst Caves in south east London, where the temperature is a constantly cool 10 degrees Celsius.

The caves are a labyrinth of man-made tunnels, forming a maze covering over 6 hectares and up to 30 metres deep. They were dug for chalk, used in lime burning and brick making for the Building of London, also for flints to fire the tinderboxes and flintlock guns of years ago.

The caves are open Wednesdays to Sundays and Bank Holidays and everyday during local school holidays, and easily reached by train from London Bridge. They can only be visited on a guided tour. 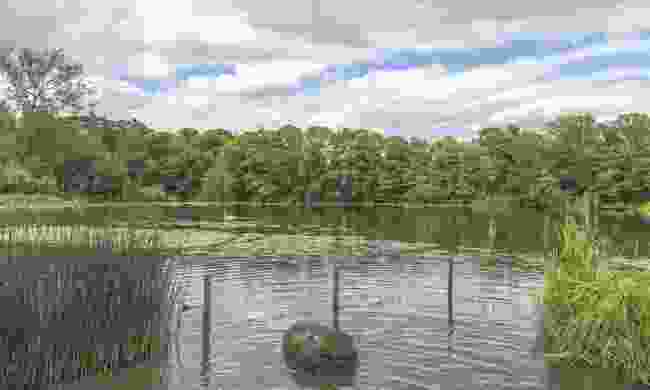 A pond on Hampstead Heath (Dreamstime)

The Thames is one of the world’s great rivers, but taking a dip in it, especially as it runs through the centre of London, is extremely unadvisable. Instead, get your wild swimming fix in the altogether more salubrious environs of Hampstead Heath.

Here, in one of London’s most beautiful parks, you’ll find a series of lovely swimming ponds. Originally clay pits, they were transformed into idyllic stretches of water where swimmers are encouraged to take a dip amongst nature. There are three ponds – a Men’s, Ladies’ and Mixed. Chose the right one for you and dive into the refreshing green waters, just a stone’s throw from Highgate village.

6: Glide across the ice rink at Ally Pally 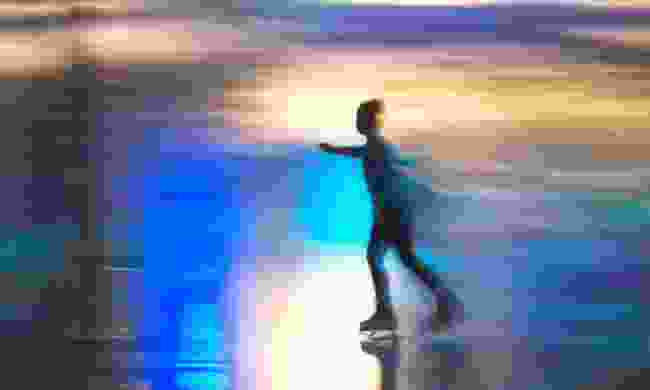 The ice skating rink at Alexandra Palace has been the go-to place to cool down in north London for decades. A recent refurbishment has transformed the Palace, recapturing its former grandeur and enticing a new, hipper crowd to the joys of skating under its immense vaulted cielings.

The rink is open year-round for general skating sessions, figure skating classes, ice hockey training, children's sessions and parties. Friday and Saturday evenings are Disco Nights, and there’s late opening on Sunday too, when more chilled out tunes provide the soundtrack for languid loops around the ice. 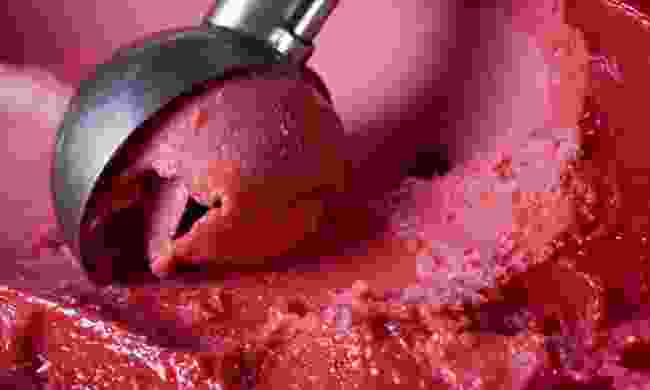 Known for its fresh artisanal produce and exotic fare, Borough Markets is the the first stop in London for serious foodies. Should that foodie also be a little sweaty, they would do well to drop by Gelateria 3bis, currently rated as the city’s best ice cream purveyor.

Set behind a distinctive green frontage, with a bright, spacious dining room with full-length windows that open on to the pavement when the weather heats up, Gelateria 3bis is the perfect sweet summer treat. All the gelato is made on premises, to strict recipes developed in their Italian headquarters. Creamy or fruity, each flavour is masterpiece and the drop of melted gianduja chocolate at the bottom of your cone is an unexpected and refreshing delight.