Wandersleeps: 7 of the best ryokans in Japan

These traditional inns come in all shapes, sizes, ages and areas. Our diverse selection all have one thing in common: authentic, soothing Japanese hospitality… 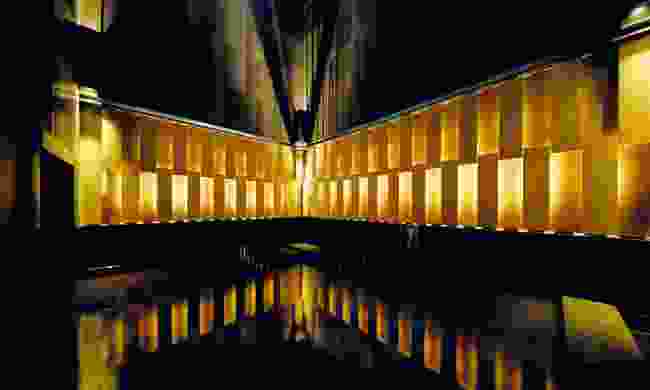 The very essence of a ryokan – to provide space, serenity and seclusion – means many of them are found in the countryside. Not this one. Open since mid-2016, the upscale Hoshinoya gives you the chance to sample a high-end ryokan right amid the pulsing hubbub of Tokyo. You can still expect key traditional elements such as tatami matting and spring-fed baths, but they’re tucked into a skyscraper. It’s a substantial property, with 84 guestrooms split over 14 floors, but for travellers in search of a sanctuary in the capital, it’s a fine bet. 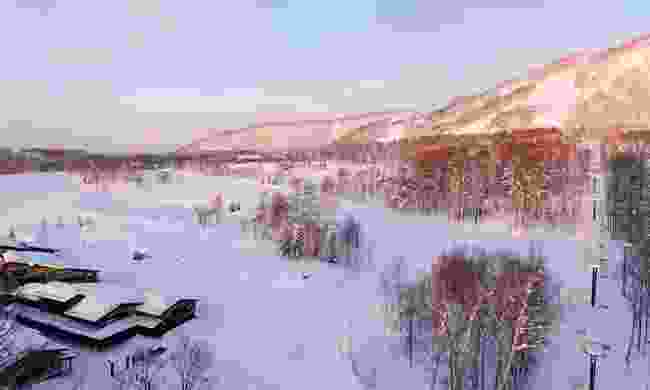 Japan’s ryokans might be founded on more than a millennium’s worth of history and tradition, but that’s not to say they don’t move with the times. This intimate 15-villa retreat in the woodland of Hokkaido, the country’s northernmost island, is a case in point. Each villa has two private onsen (thermal baths) – one indoor, one open-air – while the presence of a New York and Tokyo-trained executive chef means an innovative approach to customary kaiseki (multi-course) cuisine. To round off the luxury element, some of Japan’s finest skiing locations are found close by. 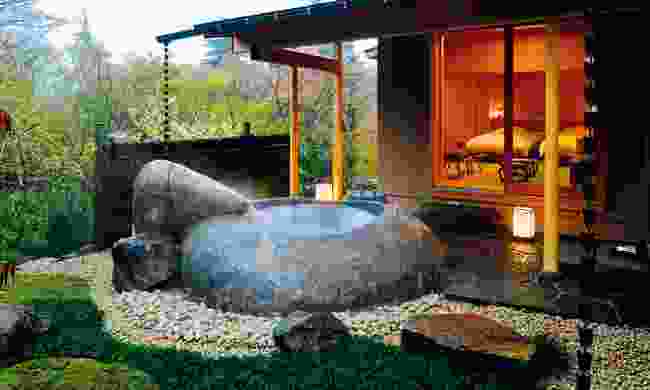 Few, if any, Japanese ryokans can rival Gôra Kadan for reputation. Once the summer residence of a branch of the Imperial family, it now functions as an exquisite old-meets-new retreat with manicured gardens, fabulous onsen and deep views over the surrounding Fuji-Hakone-Izu National Park. These days it’s actually affiliated to European hotel brand Relais & Châteaux, but Japanese elegance, understatement and precision underpins everything from the décor to the food. There’s also a spa, for those who want to take the relaxation levels to an even higher stratosphere. 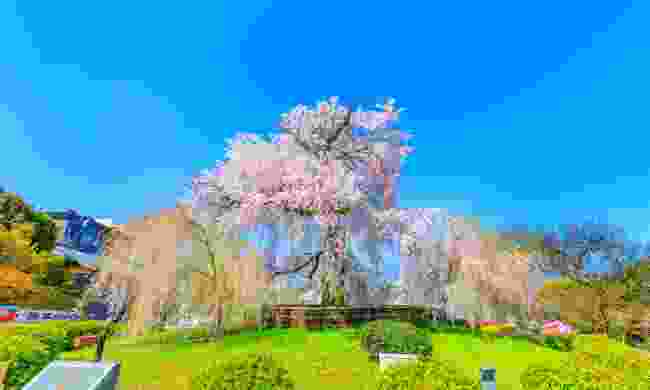 A well-priced alternative to some of the big-bucks ryokans is this serene option in Kyoto. It’s close enough to the heart of the city to explore the key sights, but a location among the bamboo and maples of Maruyama Park means it offers respite from the crowds. Breakfast, a largely organic affair, is included in the rate but not dinner – although if there’s anywhere that isn’t lacking in options for meals out, it’s Kyoto. The ryokan has just nine rooms, so it’s wise to book ahead. 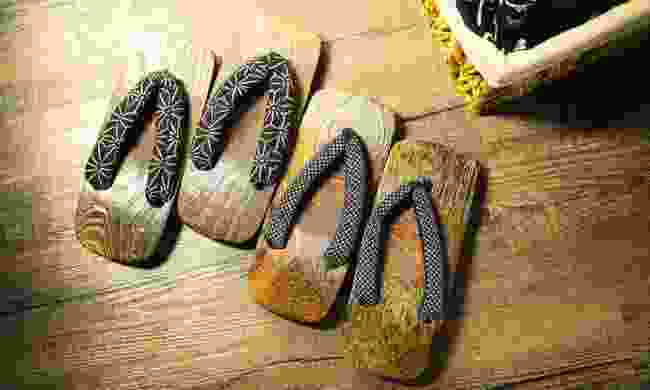 The thatched roofs of this budget ryokan are pitched at an improbable 60-degree angle: it’s a gassho-zukuri, or ‘praying hands’ house, one of many such structures in the UNESCO-listed villages of Shirakawa-go and Gokayama in central Honshu. The roofs are thatched with the region’s susuki grass, which needs replacing every two or three decades. Koemon offers an authentic Japanese experience with traditional bedding, home-cooked food and honest hospitality. 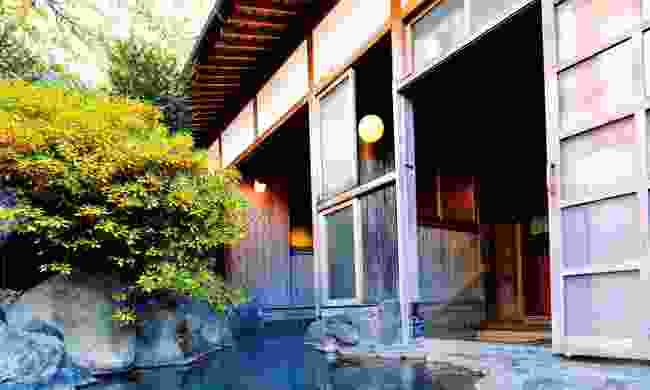 Located close to the Nagano district’s Jigokudani Yaen-Koen – home of those endlessly photogenic, onsen-soaking snow monkeys – this six-room ryokan has been welcoming guests since 1901, among them a number of eminent Japanese writers and artists. There are outdoor and indoor baths (no simians allowed) and the overnight rate includes a shabu-shabu (hotpot-style) meal of thin cuts of shinshu beef – let them know in advance if you’re vegetarian. Mountain views add to the overall appeal, and winter sport enthusiasts will find one of Japan’s largest ski areas on their doorstep. 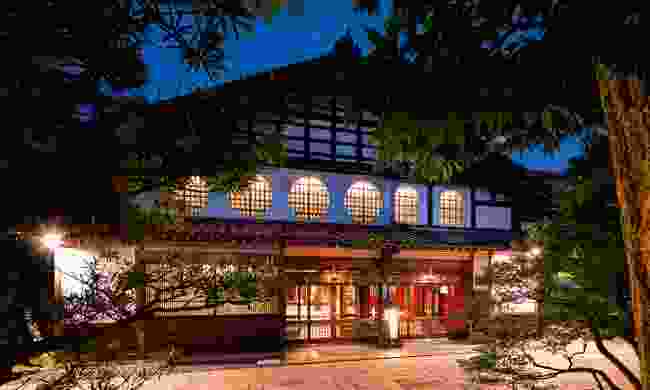 No fewer than 46 generations of the same family have overseen the fortunes of this extraordinary ryokan, now officially recognised as the second-oldest hotel in the world (inevitably, the oldest is another Japanese inn). Welcoming guests since the early 8th century, it still keeps the focus squarely on omotenashi, the particular style of hospitality that helps define ryokans. It has a Japanese garden, exquisite cuisine, traditional rooms inspired by the seasons and a historic onsen, founded by the monk Taicho Daishi over 1,300 years ago.