Wanderlust 2018 Gear of the Year awards: The results

Happy New Gear! The results of Wanderlust's 2018 Gear of the Year awards are now in: here's the definitive list of the best kit that every traveller needs to take on their next adventure… 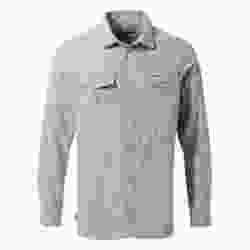 Lightweight – check! Sun protection – check! No need to iron – check! Usefully-placed pockets – check! Ventilation for hot climates – check! A lifetime’s protection from biting insects – again, check! Hard as it is to believe, all these things can be found in one well-designed travel top – and Craghoppers NosiLife Adventure Long-Sleeved Shirt is it. With all those extras there’s no reason you’d go with anything else.

Judges' comments: “It’s clear that adding in all these features while retaining an enviable weight has meant years of thinking specifically with travellers in mind. Well done, Craghoppers!”

Special mention: In second place, BAM’s Jersey shirt wowed judges: it’s made from bamboo and offers anti-bacterial (non-smelly) protection, excellent temperature control, and the ability to move sweat away from the body. Rohan’s Trail Hooded Top – with in-built Insect Shield and a casual look, was a very close third. 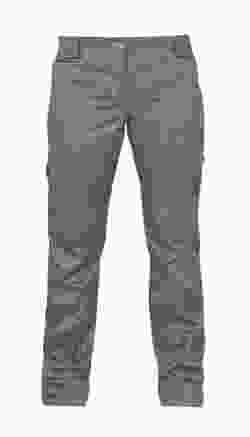 Some technical trousers – with key things for travellers such as articulated knees for comfort and robust fabric for durability – look way too sporty and, though fine on the trails, can look a bit OTT in a restaurant. Enter the winner of this year’s Best Travel Trousers: Páramo’s Acostas. Using a special windproof denim that is proofed with Nikwax – meaning they’re shower-resistant – they look good no matter where you find yourself. Added extras including discreet vents (for breathability), stretchy fit (for comfort) and UV protection make this a fantastic combination and still incredibly light.

Judges' comments: “You’d never know these were technical trousers, which makes them a superb choice for travellers.” 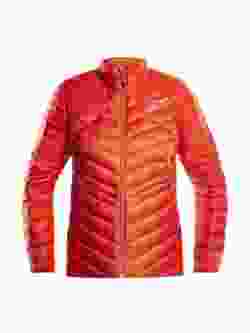 A must-have layer for keeping you warm in colder conditions, the only problem with insulated jackets can be the extra bulk in your back, so a good warmth-to-weight ratio is key: maximum heat for minimum grams. Also important are finishing touches that stop heat escaping – from adjustable hems to elasticated sleeves. The Berghaus Tephra Down Jacket does all this with their special waterproof Hydrodown, which will still keep you warm for around 16 hours even if it gets wet, but also offers stretch cuffs for a great fit and hand-warming pockets to boot.

Judges' comments: “It’s not only a great jacket with good features but also at a very competitive price – making it a winner on all fronts.”

Special mention: The runner-up is the incredibly good-value Alpkit Filoment Hoody, which offers an active cut – great if you're packing in multiple adventures. Montane’s Icarus Jacket with its PrimaLoft Black synthetic insulation came in third, offering a great alternative to traditional down. 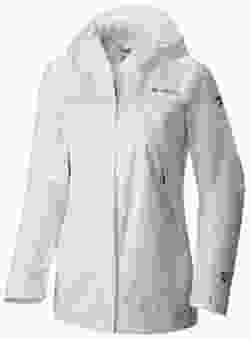 Staying dry when the weather turns is vital. But something that should be equally important is how your jacket contributes to environmental problems through its manufacture. Breaking the mould this year is Columbia with its PFC-free (water-repellent treatment that is hazardous to the environment and wildlife) outershell. Made from 100% recycled material – including all trims, it is also undyed, meaning that on average 51 litres of water are saved in the manufacturing process per jacket. Now you can be dry and responsible at the same time.

Judges' comments: “It’s heartening to see a brand put sustainability so clearly at the forefront – some may baulk at the colour, but when they hear the story they’ll soon realise that white is definitely the new black (or should that be green…?).”

Special mention: Berghaus’ Hyper 100 Waterproof Jacket came in second place, offering the world’s lightest waterproof three-layer fabric jacket that’s breathable too, and packs down to a miniscule size. In well-deserved third place is Páramo’s Velez Jacket – another great sustainability story given that Páramo have been PFC free for years – with its soft feel, clever waterproof technology and fair trade credentials. 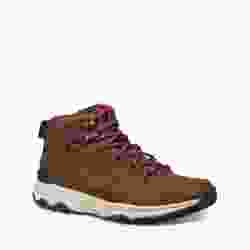 With airline luggage limits decreasing seemingly every month, travellers need to take footwear that can be used for more than one purpose. Perfect for walks from peaks to pubs, from countryside to city, are Teva’s Arrowood mid-height footwear. Not only do they look more high street than high peak, but they also hide a range of technical features – including a waterproof upper, super comfy sole, and all at a light weight.

Judges' comments: “Footwear that you can wear for walking and when travelling – without them shouting, ‘I’m sporty, look at me!’ – makes this a winning combination.”

Special mention: In second place Danner – a new brand to the UK market – ticked the right boxes with their classic leather walking boots, which are comfortable straight from the box. KEEN’s classic Newport Sandals deservedly make third place for their versatility and supreme comfort. 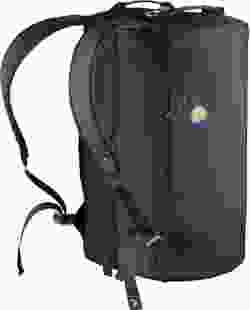 Lots of travelling means lots of conveyor belts and people manhandling your luggage – so you need to choose something that is durable. But it must also be easy to carry and, just as importantly, simple and straightforward to pack. Fjällräven’s Splitpack impressed with its durable and water-resistant outer fabric and the ability to carry it as a rucksack and a duffel bag. But its finishing touches also helped it to stand out: not only the inventive opening that helped compartmentalise the inside with handy mesh dividers (clean vs dirty or smart vs casual, anyone?) but also the light-coloured lining that made it easier to find things inside.

Special mentions: Eagle Creek’s Global Companion 65L came in second with its inventive and tough design while Osprey’s Europe Transporter came in third for its rugged exterior – perfect for the rigours of travel – and multiple carry options. 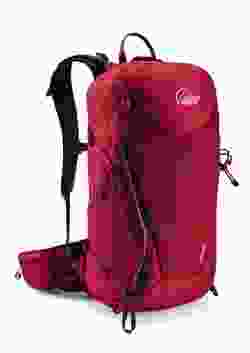 Versatility is key for a good daypack as you’ll be using it on trains, planes, trails and tours. Congratulations to the rucksack maker Lowe Alpine, who have been designing daypacks for more than 50 years. Judges liked this one for its light weight – that doesn’t eat into your luggage allowance on planes and trains – and a great airflow back system that stops you getting too sweaty, whether touring the town or the mountain tops.

Judges’ comments: “A well-designed and rugged pack, sure to last through many years of adventures.” 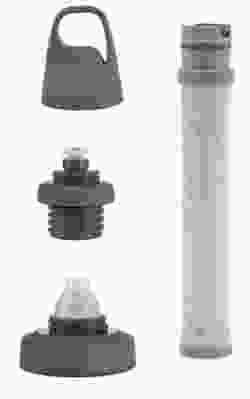 Let’s be honest, there are tonnes of travel accessories out there – but do we really need them? I mean, really? Enter this category. We aim to sort the necessary from the indulgent, choosing the top tech that will actually improve your travels and not just look pretty. This year the winning item went to LifeStraw’s Universal Water Filter, a truly incredible device that you can use with any wide-mouthed water bottle to enable you to fill it up from anywhere and drink straight away as it removes illness-causing protozoa as you drink. Small, good value (£30), and something you actually need.

Judges’ comments: “Foolproof and simple, this is a vital accessory for travellers heading off the beaten track and even for those just staying in hotels with questionable water quality.”

Special mention: Exped Transfer Wheelie Bag, for gifting travellers with the ability to transform a normal rucksack or duffel into rolling luggage for easy transportation. Coming in third is Storm’s Tear-Aid Pack: a little handy repair kit that will re-seal any tear in your kit and keep it waterproof too.

Wanderlust magazine editor Phoebe Smith is as passionate about travel as she is about the outdoors. She likes nothing better than discovering a place on foot, gazing over giant precipices for fun, and wild camping – preferably in the mountains. She is the author of several books about Britain's wild places including Extreme Sleeps: Adventures of a Wild Camper. When not sleeping on top of mountains, she can be found having long conversations with anyone who will listen about the pros and cons of Gore-Tex.

Paul is the founder and CEO of Nomad Travel, the leading store for travel equipment, rucksacks, clothing and of course home of the Nomad Travel Clinics. He has been pioneering the art of travel preparation since 1990, over which time his original market stall in Reading has grown to 10 stores across the UK. He has also worked as Logistics Assistant for the TV production company who made BBC's Beyond Boundaries, where he helped 10 physically-disabled teenagers cross the Andes, one of the highest mountain ranges in the world.

Dave Cornthwaite is an adventurer, author and motivational speaker. Since quitting his life as a graphic designer in 2005, Dave got busy completing eleven non-motorised journeys each over 1,000 miles, including skateboarding across Australia, paddle-boarding the Mississippi and swimming the Lower Missouri. He has written three books, entertained audiences on six continents, broken nine world records, made hundreds of short films, completed countless quirky projects and is the founder of 'SayYesMore' - a life-affirming message and a reminder that small lifestyle changes can make a big difference.

Daniel is a freelance writer and editor specialising in adventure travel. He has edited more than 20 guidebooks for Time Out and contributed to national newspapers and magazines including Wanderlust, The Guardian and Sidetracked. He has reviewed gear for The Great Outdoors magazine for more than five years.