Wander Woman: Fantastically small beasts and where to find them

Scuppered by bad timing on a trip to see some of Britain's biggest and most thrilling wildlife specimens, Wanderlust's Phoebe Smith goes on a 'micro-safari' to find the joy in the little things...

“You’re too late for the puffins, and the seals haven’t started pupping yet. We do have the Manx shearwaters – but then you can only see them when they emerge from their burrows at night...” The ranger’s words hit me nearly as hard as the rain that was pelting down on my windscreen.

I was in Pembrokeshire, the south-westernmost county of Wales, surrounded on three sides by the sea, hoping to take a boat out to the isle of Skomer. Work had taken me to this part of the world that, despite growing up in the north of the country, I still had only visited on a handful of occasions. As soon as I mentioned it to a friend they urged me to take a boat to this barely 3km² island to check out some of our native wildlife. It’s here that half the world’s population of the aforementioned burrowing birds calls home.

Not only that, it’s also the place where the rainbow beaks of puffins can be seen between May and July while they breed on its shores and, come autumn, the female grey seals give birth to their cute white-furred pups. So despite waking up to heavy rain I was determined to take the drive down narrow and winding roads to reach the harbour – but I wasn’t going anywhere. Not only had the forecast thrown the ferry times into disarray, but my own timing couldn’t be worse – a slim three-week window (pretty much the only three-week window) when there’s not that much to see. 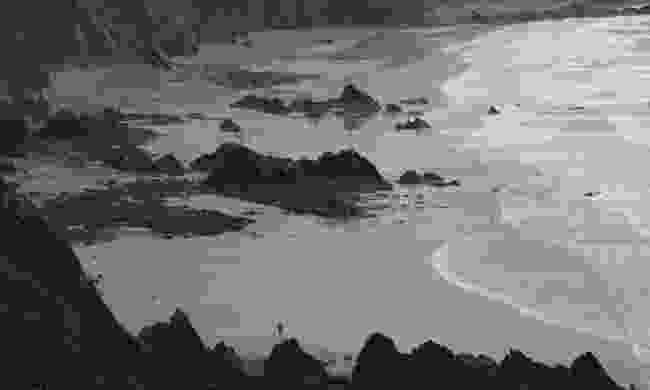 A view of Marloes Sands from the clifftop (Phoebe Smith)

With time to kill and a camera by my side, not to mention a yearning for some fresh air, I decided I would not be beaten so easily. And so I drove a few miles to the car park for Marloes Sands.

Pulling on my wellies, I made my way along the footpath, deciding on a loop down to the beach through lesser-used fields. If I’m honest, I was feeling a little defeated when I started, looking down at my boots, just going through the motions of putting one foot in front of the other. But then I saw it – just in the nick of time.

It was a snail, and though I’d seen a great many of them in my life before – usually as I’m playing snail leap frog in my garden after a storm – something about it made me stop. Perhaps it was its shell – a deep yellow with spiralling lines of dark and light brown. Or maybe it was its vulnerability – of being well hidden from the birds who might feed on it, only to have placed itself in prime stomping ground of a clumsy or fast-walking human. 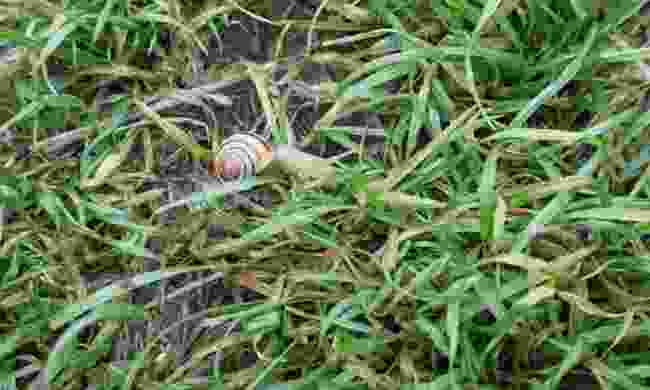 Either way, it made me stop – and I found myself kneeling down next to it, and for the first time since I was a child, really taking the time to study it. I watched as it slowly and meticulously moved its body across the blades of grass and how its tiny little eyes seemed to look at me on their moving stalks.

As I lifted him out the way, something else caught my eye. This time it was a beetle. Before I may have dismissed it as just a run-of-the-mill black insect, but observing the snail had trained my eye differently – I now saw that it was not one colour but an iridescent glow of greens and blues that shimmered over its dark body. I looked it up on my phone and saw it was a bloody nosed beetle (named for the red liquid it drips from its mouth if it feels threatened). 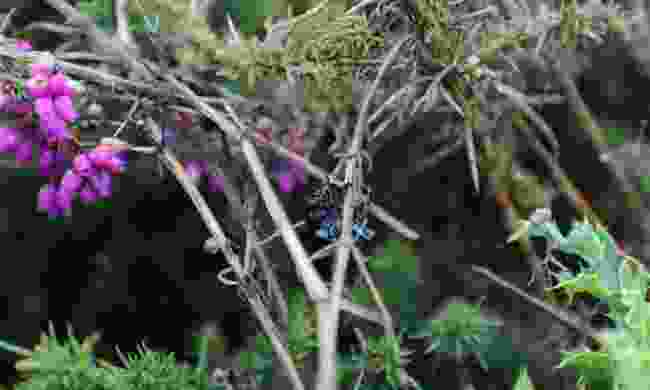 As I stood up, two ladies walked passed me and looked at me curiously before continuing on their way. I guess I must have looked a little odd, so decided to carry on to the beach. But no more than a few steps further, the bright purple flowerheads of spear thistles distracted me once more.

I took out my camera to photograph one, and as I did a carder bumblebee landed on it and began to suck at the juicy nectar. I was enchanted and couldn’t stop watching it hard at work, unperturbed by my presence. Acting as a foil to the bright colours of the petals were a neighbouring patch of wheat grass that moved in the wind, sounding like the faint shake of a musical rattle.

On the brambles next to my leg a tiny hoverfly, smaller than even my little fingernail, landed and watched me as I aimed my lens in its direction. Then a seven-spot ladybird decided to approach me too, seemingly posing. 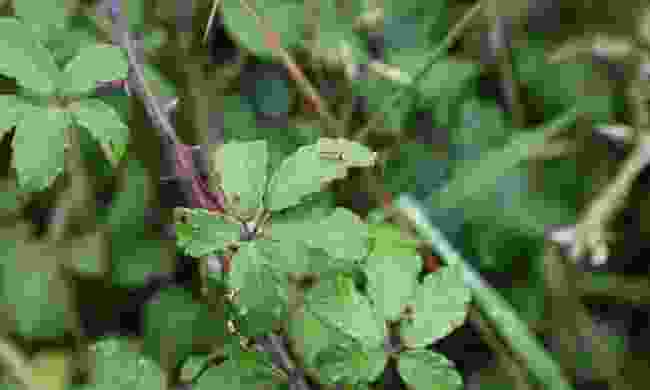 A tiny hoverfly on the brambles (Phoebe Smith) 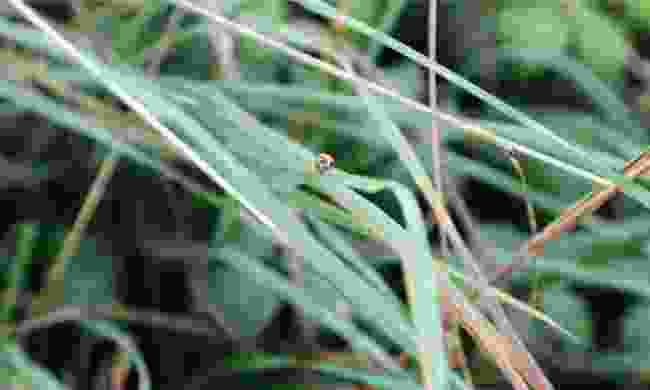 When I reached the cliffs above the beach I noticed not just the waves, thrashing hypnotically against the orange sand, but also the way the light caught the pools of water left behind and served to highlight the people below – who, from where I stood, looked as tiny as the hoverfly on a leaf. I regarded the black rippled pattern that seemed to glow from the volcanic rocks in the sand – formed over 400million years ago; I marvelled at the cluster of tiny black bryony berries, glistening red, orange, yellow and green in a coat of rain water; and I studied the way the dew clung to the elaborate tapestry of a spider’s web on a nearby bush. 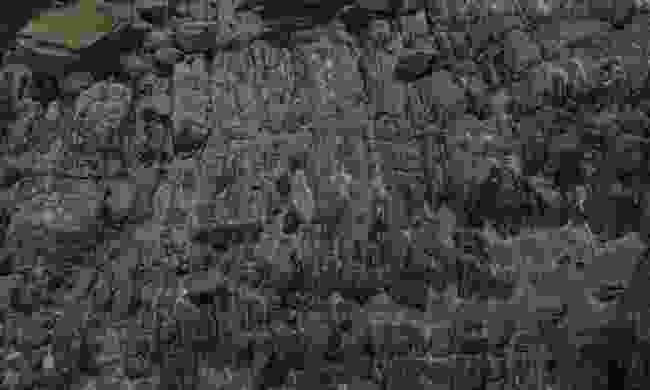 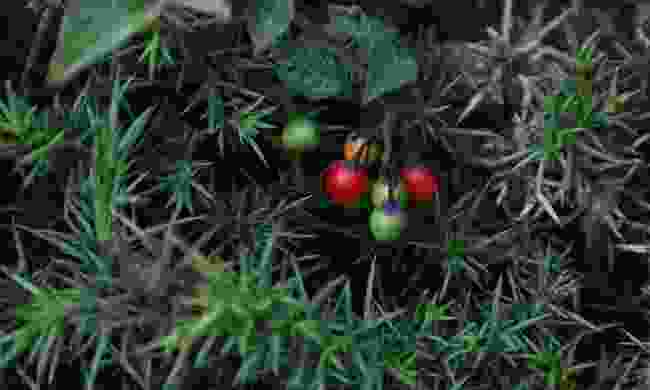 The rain began to fall harder and it was time to head back to the car. Despite the fact I had not visited my wildlife-rich island, or even completed the walking route I had planned (micro safari-ing is a slow business), I felt as though I’d been on a trip to a parallel world – one that had always existed when I’d gone out walking, but that I had somehow failed to see. Now I was viewing everything as though through a macro filter, resolutely noticing the little things, discovering that they were actually the big things. 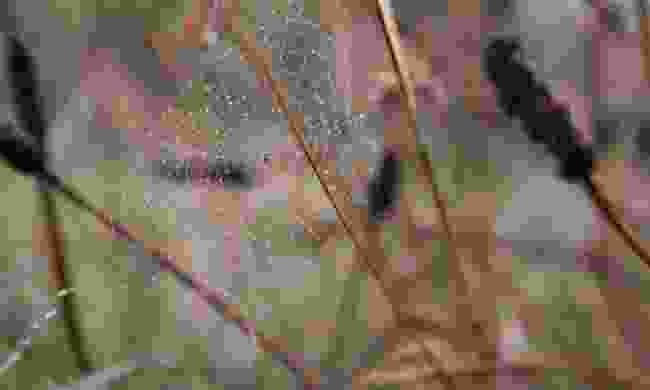 Phoebe stayed in Pembrokeshire at Monk Haven Manor B&B. For more details about Skomer Island and the surrounding area, check out welshwildlife.org.

8 tiny creatures to spot on your travels 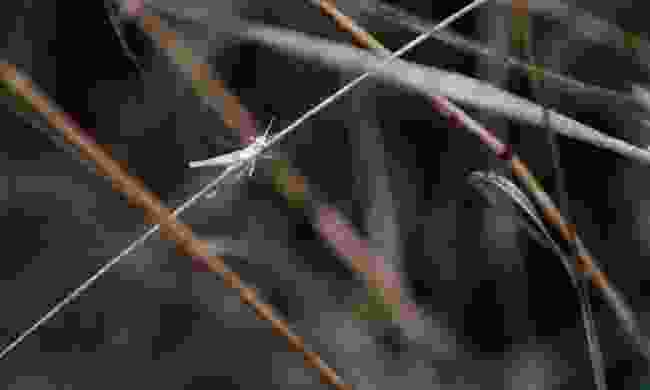 A tiny creature spotted on a walk in Pembrokeshire, Wales (Phoebe Smith)

Sharing the title of smallest mammal in the world with the Thai-Burmese bumblebee bat, this little critter hits the scales at under 2g and is just 4cm in length. It’s not too social, preferring to live alone, and spotting it can prove tricky as it tends to be most active at night – so you’ll need a good guide and to keep your eyes peeled.

Nabbing the top spot for most petite primate is this big-eyed, long-tailed fur ball. Its name comes from a Malagasy primatologist and conservationist, and it’s found mainly in Kirindy Forest (in western Madagascar) where it likes to sleep and nest in trees. With deforestation a real issue in the country, it is an endangered species, so spotting it could be a real ‘last chance to see’ moment.

If rodents are more your thing, then you need to head to Pakistan where this three-toed creature inhabits the sandy deserts. It is best seen at night when it heads out to feed on vegetation using its kangaroo-like legs to avoid its snake, lizard and feline predators. It should be noted it has a rival for its title though: the African pygmy mouse found in sub-Saharan Africa.

With a fully-grown specimen measuring about the same size as your thumb, this minute marsupial is the tiniest on Earth. It uses its flattened shape to move through cracks in the soil up in the northern half of Australia. Once more – as is common with small (aka vulnerable) species – this type of planigale hunts at night, and has learned to avoid monsoons by (sensibly) seeking higher ground. 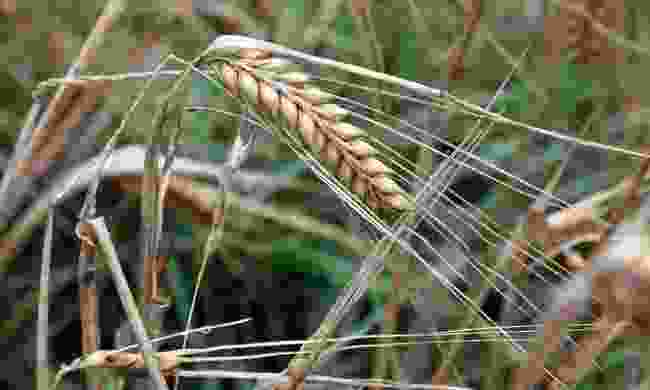 The first time I saw a hummingbird I thought I was being attacked by a large insect, only to realise it was in fact a hovering feathered friend. But in the case of this particular variety, a mere 5-6cm in length, it is a more forgivable error to make: as its moniker suggests, it is only just larger than a big bee. Its blue and green feathers can only be seen on this Caribbean island – the perfect excuse for a visit.

At just 29mm (that’s just under 0.3cm – around the size of a matchstick head) you’d be hard pressed to see this little chameleon in the wild. It’s a subspecies of the other thumbnail-sized brookesia chameleons found throughout the rest of the country, but this one is found on the island of Nosy Hara in Madagascar’s far north.

Found swimming in the swamps on the isle of Sumatra, these fish are just over three-quarters of a centimetre in size and part see-through too – making them doubly hard to spot if wading through the forested wetlands. Not that you would: the water they choose to inhabit is highly acidic.

Translated into English as ‘little cow’, this miniscule marine mammal not only holds the title as smallest but also, sadly, most endangered. With counts early this year suggesting there are just 12 left (the maximum guess being fewer than 30), the reason is due to fishing nets which capture these grey cetaceans, recognisable by the panda-like black rings around their eyes. Your best chance of seeing them is not only going to the Gulf of California where they live, but also by lobbying to save them.