Wander Woman: 7 incredible natural wonders – how many have you seen?

Dazzled by her umpteenth sighting of the northern lights, Wanderlust’s editor-at-large, Phoebe Smith, reflects on why natural spectacles are so mesmerising…

The sky was on fire. Not in shades of red, but in a dazzling burst of white, green and purple, swirling as though flames had inexplicably been ignited by an invisible combustible energy source. The more I stared at it, the more it seemed to grow in size and intensity and, just when the whole horizon was engulfed in this emerald blaze, it faded away into nothing, the entire sky now black as coal.

Now disappeared completely, it felt as though it might not have happened at all. That it could just have taken place inside my head – a temporary illusion brought on by being quite alone in the middle of the ocean. Yet because I had been photographing it, and could instantly recall these strange beams in the sky on the back of my camera, I knew it must have happened.

I was on an expedition ship, in the icy waters of the North Atlantic, floating around 100 miles off the coast of Baffin Island, Canada, having departed Greenland a few days before. It was the early hours of the morning – around 2am – and I had stood on the top deck of the Akademik Sergey Vavilov, a Russian research vessel, for many hours waiting for a glimpse of the aurora borealis, long after my fellow passengers had gone to bed. 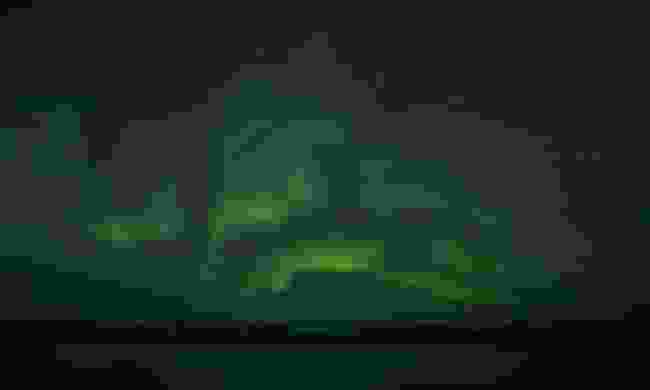 It wasn’t the first time we had been blessed with a natural light show that trip and it wouldn’t be the last. The first had been several nights earlier, when we departed Greenland. They came around 11pm when a few hardy souls braved the freezing conditions to sit and watch from the upper deck. The reward was a swirling lightshow that resembled water spiralling down a plughole, beautifully reflected on the water’s surface. The second time had been while crossing the Davis Strait, when not only had we seen the lights as early as 8pm, spread across the horizon like a smeared on yellow-green piece of frosting on the edge of a cake, but also been treated to a myriad of meteors shooting through the sky while trailing neon scratches of light behind them. On the last night we would see them again, coming out even while the sun set, blistering the sky in verdant-like luminosity.

However, on that particular night, having already put in an appearance several hours before which, compared to the other couple of sightings to date had seemed much more muted, many opted to have an early night. But not me.

I can’t explain why the northern (or indeed southern) lights have such a profound effect on me, but each and every time I’ve seen them – so numerous that I can no longer count the occasions even on both hands – they stir something inside me.

Perhaps it’s their unpredictability. The fact that what looks as though it may turn out to be a poor (or even non-existent) showing, can suddenly surprise you and turn into the most active display of your life.

It could be the fleeting nature. Many a time I’ve seen them begin to move and glow and so run indoors to tell someone, only to re-emerge into a pitch black night with no hint left that they were even there at all.

Or maybe it’s their uniqueness. In all the aurora I’ve seen in locations around the world, from Norway to Finland, Alaska, Canada and even New Zealand, one thing and one thing alone has been consistent, and that is the fact that no two light shows are ever the same. 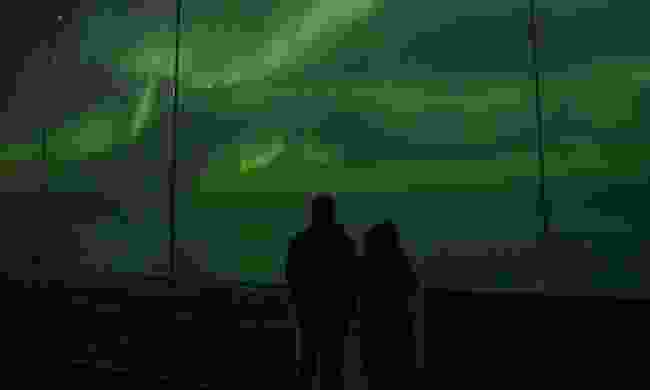 It’s all too easy as a travel writer to become jaded; witnessing incredible wonders is, after all, part of the job. But I never let myself forget that it is a true privilege to be able to see the northern lights – and indeed any natural phenomenon – even if just once.

And that’s why, despite it being so cold I couldn’t feel my toes, I stood, when everyone else had called it a night and asked not to be woken again, and waited patiently. When my reward came in the form of one of the most sky-filling performances I have ever observed, I felt tears uncontrollably streaming down my face. It may sound conceited, but it was almost as though nature had put on that display just for me. My own personal light show.

I may have been tired the next day but then I was alive with the experience I had enjoyed. Sleep can be had anywhere and is never memorable. But those lights, those phosphorescent lights, will stay with me long after the sky returns to darkness.

Phoebe was onboard One Ocean Expeditions 10-night West Greenland and Baffin Island Explorer as Storyteller-in-Residence.

7 incredible natural wonders to take your breath away 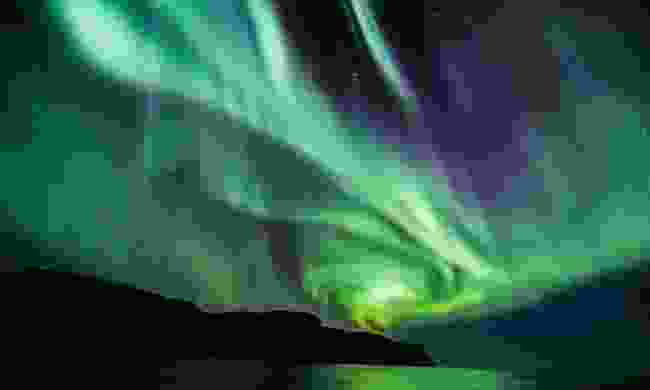 Whether you see them on land or at sea, in the northern hemisphere (Alaska, Canada, Greenland, Iceland, Norway, Sweden, Finland or Russia) as the aurora borealis or in the southern hemisphere (New Zealand, Patagonia, Antarctica) where they are known as the aurora australis, nature’s light show is simply unforgettable. 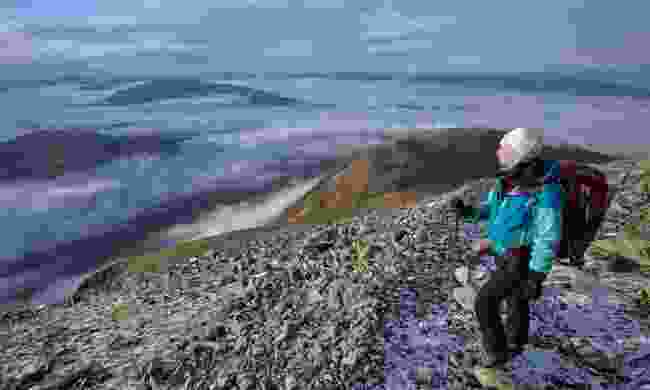 When you set out, the day is likely to look like a write off. In the valleys it's dark, damp and misty, filled with a thick mist of rain – aptly described by the Scottish as dreich. However, head up to the hills or mountains and you could emerge, as if by magic, above the clouds and find yourself standing on what appears to be an island surrounded by a fluffy white sea. Caused by cold air being trapped beneath a layer of fog or cloud while warmer temperatures are capped on top of the summits, winter is by far the best time to catch this magical phenomenon. 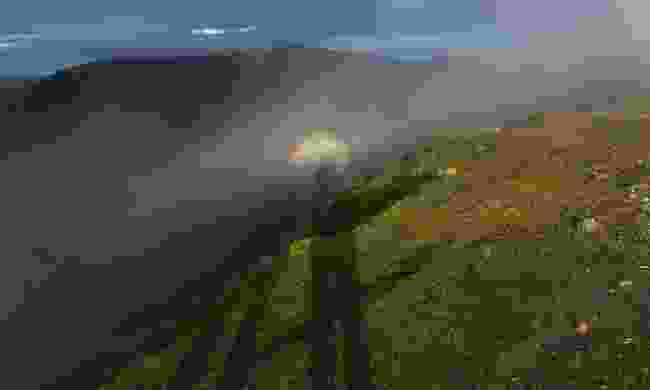 Named after the peak in Germany’s Harz Mountains where a man called Johann Silberschlag first recorded its occurance – it is essentially your shadow magnified onto a layer of mist and ringed by a halo-like rainbow. It happens usually when you are high up on a peak; the sun has to be behind you and there needs to be water in the air (mist or fog), which the sunlight can reflect off causing the colourful spectrum. It is an optical illusion, altering your perceived sense of distance – and is also called a ‘glory’ by meteorologists. If flying in the right conditions you can even see this effect happen around the shadow of your plane. The strangest part? Even if you’re in a group you can only ever see your own ‘glory’: it will never appear on your companions. 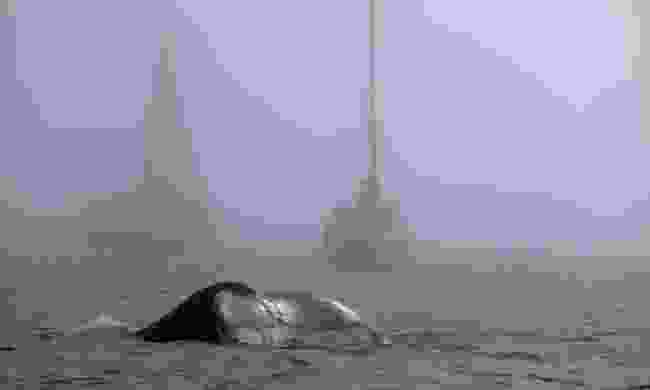 Watching a whale fluke can be an emotional experience (Phoebe Smith)

I grew up with a poster on my wall of the classic whale tail fluking at sunset and knew that one day I would have to see it with my own eyes. What I wasn’t prepared for was the reaction I had when it happened. I was in Quebec, at the Bay of St Lawrence, speeding along readying to see my first blue whale. Wanderlust’s contributing editor and whale expert Mark Carwardine had often said how life-changing it could be to see the world’s largest mammal (which is the same size as a Boeing 737) but I hadn’t truly believe him until it emerged just inches from my zodiac. The size was remarkable. The fact that it came so close to us when humans have nearly hunted it to extinction was humbling. And the appearance of a second one was what caused me to cry. Every wildlife encounter is as unique as the northern lights – from hearing wolves howl in Sweden to watching puma hunt in Patagonia and having penguins peck your boots in Antarctica – and every one unforgettable. 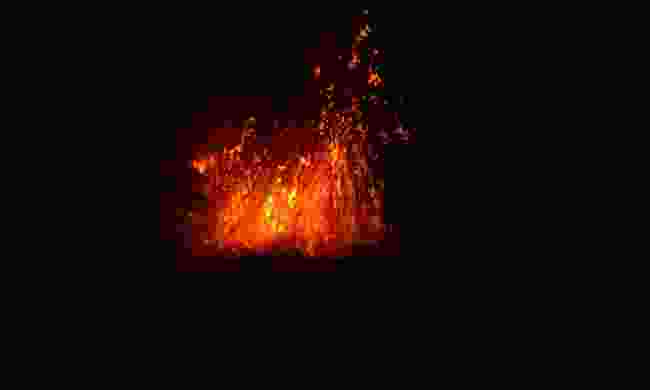 The volcano erupts on Barren Island in the Andamans (Phoebe Smith)

No one wants to be too close when a volcano erupts, but if you’re at sea, in the safety of a huge expedition ship, any fear is replaced by wonder. Although I’d seen lava flowing from a distance in Hawaii many years previous, my most memorable experience of seeing nature’s raw and explosive work was floating around the Andaman Islands. The expedition leader, Conrad Combrink, woke everyone in a whisper in the early hours of the morning as we passed Barren Island, just in time to see it spew bright red streams of hot magma. Seeing it in the day is one thing, but viewing it at night, when every speck of red is virtually illuminated, made the power of the earth’s tectonic plates converging mind-blowingly clear. 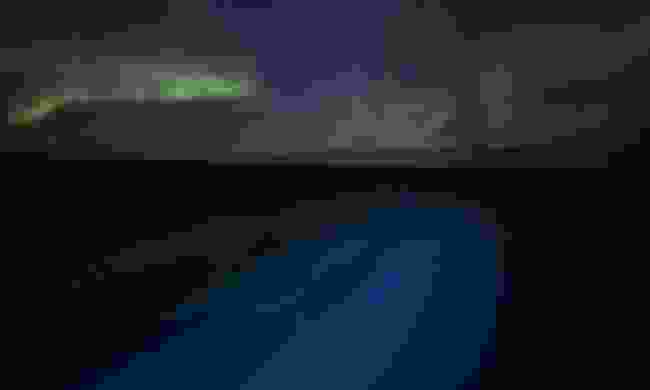 Produced by living organisms that effectively have a chemical reaction that cause a blue-like glow, it is most often seen in the water when invertebrates and vertebrates such as plankton are disturbed by a kayaker’s paddle or the propellers from a ship’s engine. It can even occur in a boat’s seawater supplied toilet, when you flush it! Whether floating on the surface of a lagoon or standing high on the back of a ship, seeing the water turn impossibly blue will feel is as if you are stood in space, surrounded by nothing but twinkling stars. 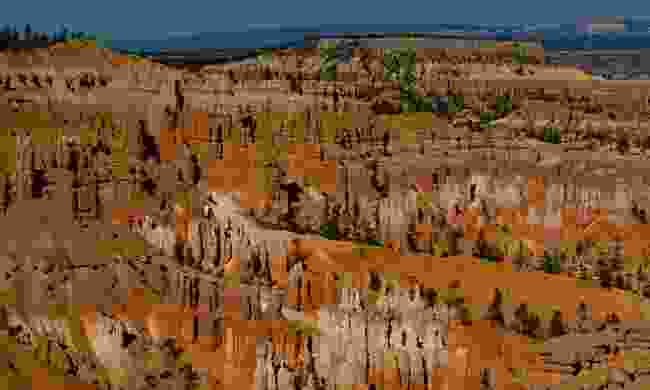 Thanks to millennia of weathering and erosion – from wind to ice, rain, water and volcanoes – our planet is full of weird and wonderful rocky outcrops that look as though they were sculpted by aliens. And the best thing is they are found in countries worldwide. Madagascar has the Tsingy (limestone columns), Northern Ireland – the Giant’s Causeway (huge hexagonal basalt columns), Yorkshire boasts the Limestone Pavements that appear like giant dinosaur bones, New Zealand houses the Moeraki boulders (formed by carbonates over 60 million years), Australia is home to wave rock, the USA has hoodoos (caused by sedimentary rock erosion) and China the rainbow mountains – the list is endless. You may not be a geologist, but seeing some of these natural sculptures will have you convinced – nature truly rocks.