With Wally, a friendly but lost walrus, recently spotted in Ireland, Wales, Cornwall, and now Scilly, we reveal the best places to usually see the spectacular blubbery beasts ... 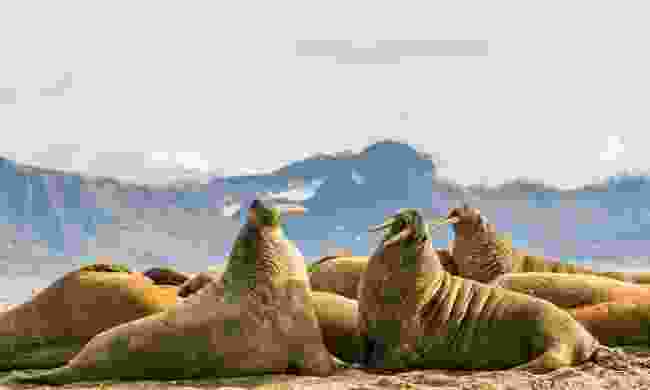 A group of walruses on Prins Karls Forland (Shutterstock)

The Arctic archipelago of Svarlbad in Norway is arguably the best and easiest place in the world to see walruses. There are plenty of haul out sites, the places on land where large numbers congregate, as well as a solid infrastructure of companies offering tours to see these magnificent beasts.

One of the best known colonies is on Prins Karls Forland. Sitting off the west coast of Oscar II Land on Spitsbergen, the entire island and the surrounding sea area forms Forlandet National Park. The walruses congregate at Poolepynten, with many of the local rib boat tours landing on the beach to give you a closer look.

There’s another large colony on the southern tip of Moffen Island. During late spring and early summer these cinnamon-coloured mammals can also be spotted in the fjords along the shorelines near Longyearbyen. 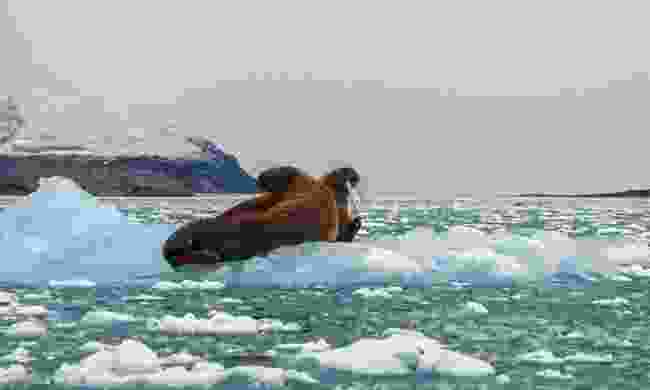 Walrus and her pup floating on ice in Eastern Greenland (Shutterstock)

Walruses can be seen on land and along the coast throughout all of East Greenland and in the Davis Strait, Baffin Bay and the Thule district in the north. It’s rare to see a walrus on land in West Greenland. They tend to drift by on ice floes here, using the icy platforms to dive to pick up mussels and molluscs, which make up much of their diet. Check with tour operators in Nuuk, Greenland’s capital, for the best way to see walrus here. 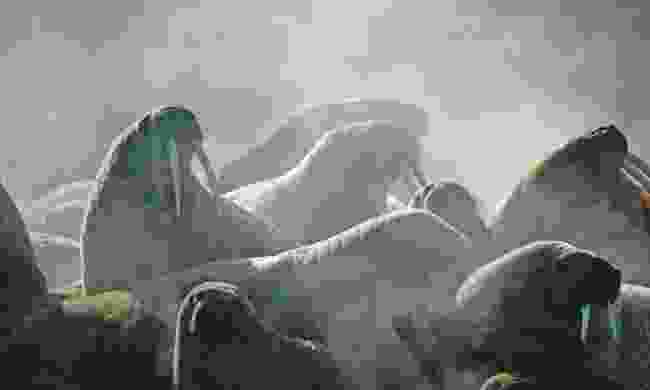 Walrus in the mist, Canada (Shutterstock)

Atlantic walrus are quite common, particularly around Coral Labour in Nunavut. A great way to see walruses is to take a boat from Coral Harbour and go south to Coats Island and Walrus Island in the north of Hudson Bay. Or you could visit Nunavut’s other waterfront communities like Grise Fiord, Hall Beach, and Igloolik and hop on a boat tour and visit walrus where they spend their time, out on the ice.

Spotting a Pacific walrus is an altogether trickier option. They are seen very occasionally along the coast along the northern section of Ivvavik National Park, but gather in much larger numbers next door in Alaska. 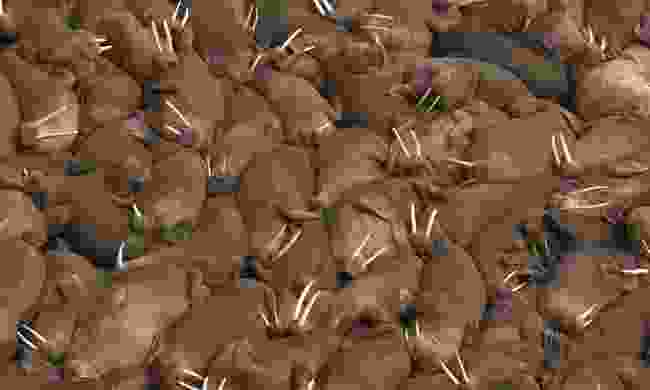 Summer is the best time for spotting walrus in Alaska. Thousands of males leave the ice and come to land, gathering at a handful of beaches and islands in Western Alaska. Cape Seniavin, Round Island and Cape Pierce are the favoured haul outs

Visiting these haul outs isn’t easy. You have to fly from Anchorage to small fishing communities near Bristol Bay, then travel by bush plane or boat to remote lodges or camping outposts. The rewards, however, are immense.

Recent reports have suggested that over 2,000 walrus have begun hauling out at Cape Grieg, near the mouth of Ugashik River, close to a number commercial nature lodges. 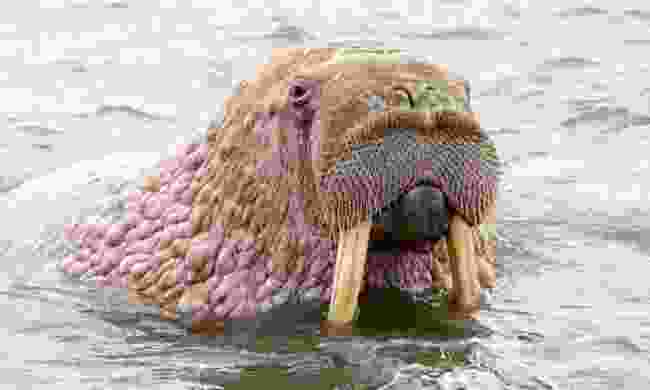 Pacific walrus love the Chukotka Peninsula, located on the north-east tip of Russia. Bordered by the Chukchi Sea, the Bering Strait, and the Bering Sea, it offers both ample, secluded haul outs and a steady supply of the molluscs they love to eat.

Wrangel Island, just to the north, is home to the world’s largest population of Pacific walrus. In ice-free years, between 80,000 and 100,000 walruses gather in coastal rookeries. Taking an expedition cruise, eg with Wildlife Worldwide, is arguably the best way to view walrus here. 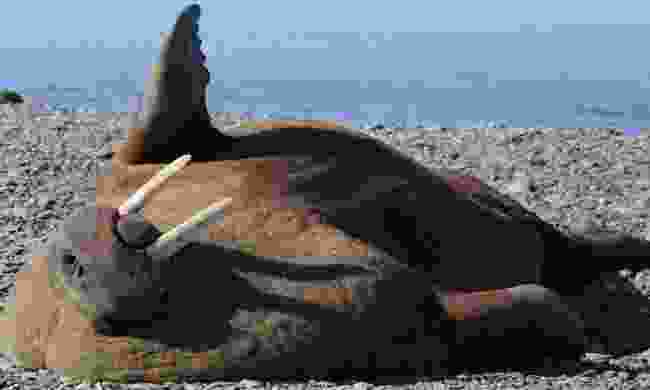 Perhaps one for the future, a WWF-led research team recently studied a colony of walrus in Russia’s Laptev Sea in northern Siberia. Their research concluded that the walruses here were sufficiently different enough from their Atlantic and Pacific cousins to warrant their own classification.

This remote high arctic region is largely unpopulated and unused by people, with the nearest village a 15-hour boat ride away. More Russians are coming to the area for sport hunting and adventure travel. However, an infrastructure, of sorts, is beginning to develop.

For the moment, intrepid walrus spotters should head to Khatanga and make their way north from there.