8 walks along the Welsh coast 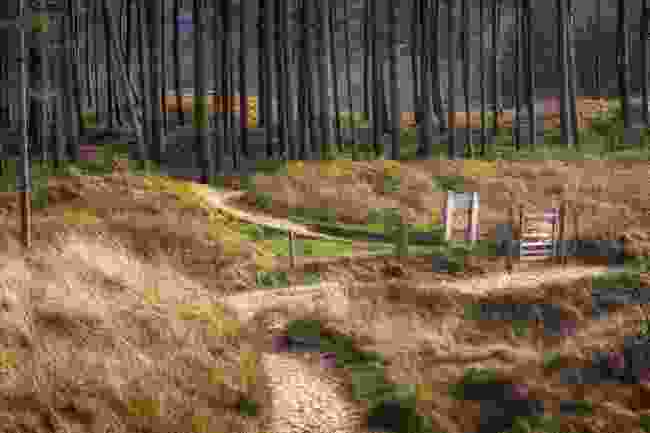 Starting from Llanmadoc Church and finishing in the pretty village of Llanrhidian, this easy walk takes between two and four hours (8km-16km) depending on whether you choose to include Whiteford Sands’ circular walk.

The route guides you around the under-appreciated and peaceful north side of the Gower Peninsula, crossing the largest saltmarshes in Wales. Along the way you’ll see Weobley Castle and the churches of St Rhydian and St Illtyd.

The trail is easily accessible even if you don’t have you own wheels as the 116 bus runs between the start and finish. If you’re driving, you can park between Llanmadoc and Cwm Ivy (pay at an honesty box), on the street in Llanrhidian or at various points along the walk. 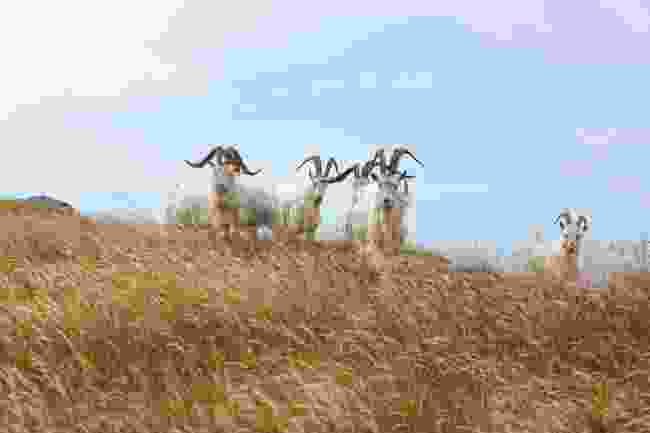 Starting from the shore at the western end of Deganwy, this easy 11km walk to Llandudno Pier takes three hours.

While in Deganwy, look out for the ruins of the 13th century Deganwy Castle atop Vardre hill. Head north towards West Shore beach to the Coast Artillery School, which was used during the Second World War. Once you’ve looped around the limestone headland of Great Orme – which is home to 200 Kashmiri goats – you’ll arrive in the seaside town of Llandudno, where you can visit St Tudno’s Church and Happy Valley Botanical Gardens, which has a trail of sculptures themed around Alice in Wonderland. The section between West Shore beach and Llandudno is suitable for wheelchairs and pushchairs.

There are regular buses between Deganwy Station and Llandudno Pier. You can also park near both for a fee. 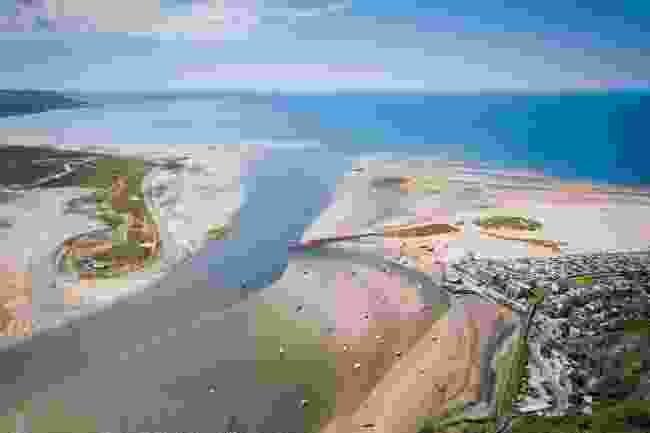 Starting in Fairbourne village on the edge of Snowdonia National Park, this easy 14.5km walk follows the Mawddach Estuary along a section of the Mawddach Trail to the pretty village of Penmaenpool. It takes around four hours.

In Fairbourne you can see anti-tank defences and take a trip on the miniature Fairbourne Railway. You will also pass ancient ship moorings along the Mawddach and see the wooden Penmaenpool Toll Bridge. 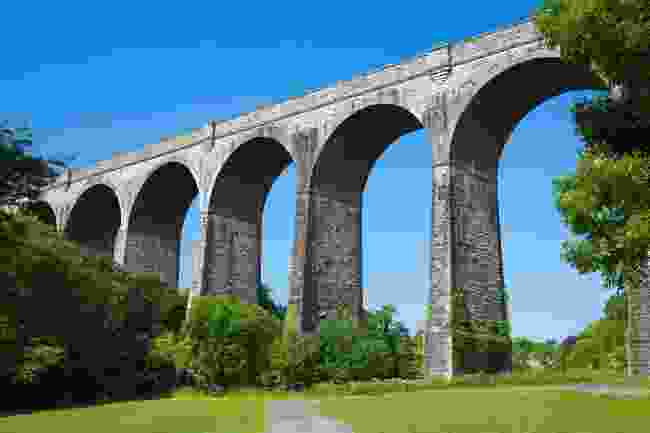 Starting from the viaduct in Porthkerry Park, this easy, three-and-a-half hour walk covers 16km and ends at the beach in the historic town of Llantwit Major, one of Britain’s most important religious towns.

Along the way you’ll explore the wildlife-rich scenic area of Rhoose Point – the most southern point in Wales – Second World War military defences and the pebble beaches of Fontygary Bay and Summerhouse Bay.

Using public transport? Then hop on the 303 bus which runs between Rhoose and Barry Station (either side of Portkerry Park) and Llantwit Major. Drivers can park for free at Llantwit Major beach and Porthkerry Park; you only pay only on Sundays. 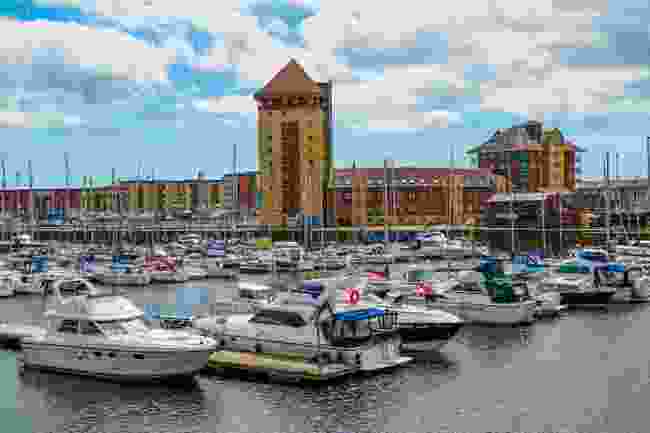 Another easy, four-hour walk, this route is around 16km. From Aberavon Sands in Port Talbot, head west along the Wales Coast Path to Swansea Marina. Along the way you’ll ramble over Baglan Burrows’ dunes and along sections of Neath River, where you can visit Brunel Tower and the Brunel Floating Dock, both named after the engineer Isambard Kingdom Brunel.

After meandering along Tennant Canal, visit Crymlyn Bog – one of Europe’s most important wetland sites – then stop for a break in the Norwegian Church in Swansea Marina. The walk ends at Pilot House Wharf in Swansea’s Maritime Quarter.

A First Cymru X1 service runs between The Elms in Aberavon (4km from Aberavon beach) and St Thomas, less than 1km from Swansea Marina. Alternatively, you can park for free at Aberavon Sands or pay to park around Swansea Marina. 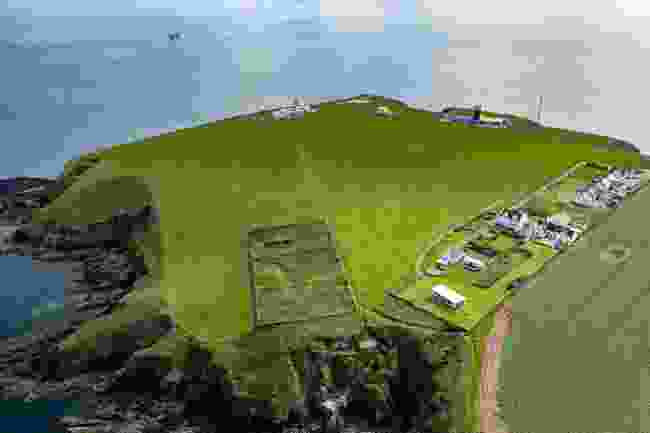 If you prefer a circular walk, then loop around St Ann’s Head, a peninsula in the south of Pembrokeshire. This moderate, 11km hike takes three hours. Start from the shingle and sand beach in the village of Dale and walk clockwise before finishing in Westdale Bay, 20 minutes from Dale.

To access the area by bus, take the Dale 315/316 or the hail and ride Puffin Shuttle 400. Otherwise you can park at Dale beach for a fee. 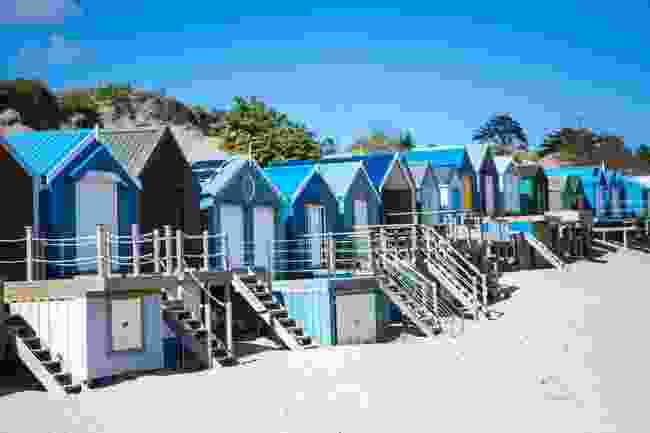 From the dunes at Porth Neigwl, you’ll head south up and around the Mynydd Cilan headland and around the pretty cove of Porth Ceiriad before heading north to the seaside resort of Abersoch. You’ll also see St Tudwal’s Island and Penrhyn Du Engine House en route. A bus runs between the village of Llanengan – less than 1km from Porth Neigwl beach – and Abersoch. In summer there is also often a coastal bus that stops at Port Neigwl. Alternatively, you can park for free at Porth Neigwl or pay to park in Abersoch. 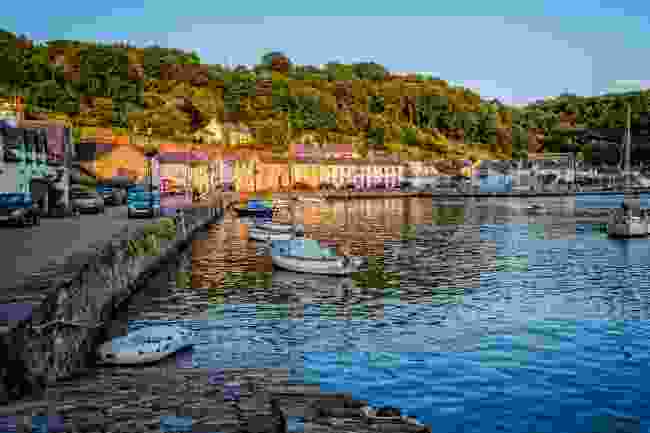 Another moderate walk, which takes around four and a half hours, starts at the 12th century Norman harbour of Parrog in Newport and finishes in Fishguard Harbour. It’s 16km, or 21km if you include Dinas Island.

Hikers will be treated to views across the headland overlooking Cat Rock, Cwm yr Eglwys and Pwllgwaelod beaches, Dinas Head and the 18th century Fishguard Fort. Take a picnic or have a pitstop in the cafes at either beach.

If you’re relying on public transport, take the Poppit Rocket 405/T5 bus, which runs between Newport and Fishguard. The service is limited in winter. Drivers can park for free at Parrog, Newport Sands or next to the quay in Lower Town, Fishguard. 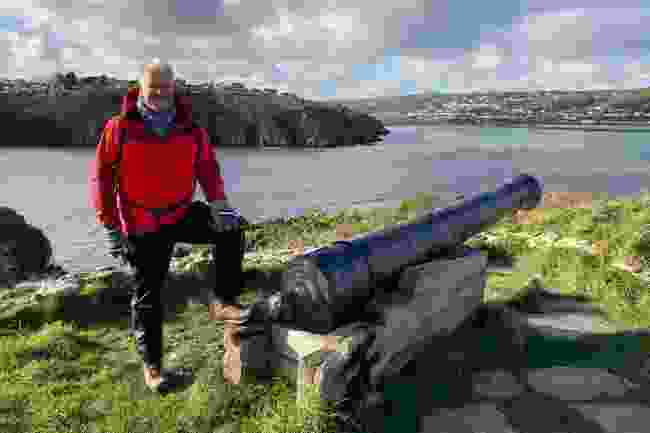 The eight-part series Weatherman Walking: The Welsh Coast starts at 7.35pm on 9 April on BBC One Wales and will then air the following seven Fridays. It’s also available to stream on BBC iPlayer. For more detailed guides on each walk from the new series, as well as previous series, visit Weatherman Walking.

The Wanderlust Guide to Wales

The top 5 hills in Wales to explore