Travel's Biggest Bang: 10 incredible volcanoes that are great to climb

Ever wanted to know what it's like to hike up a volcano and peer into its crater? Wonder no longer. These ten behemoths offer all that excitement and some are easier to scale than you think ... 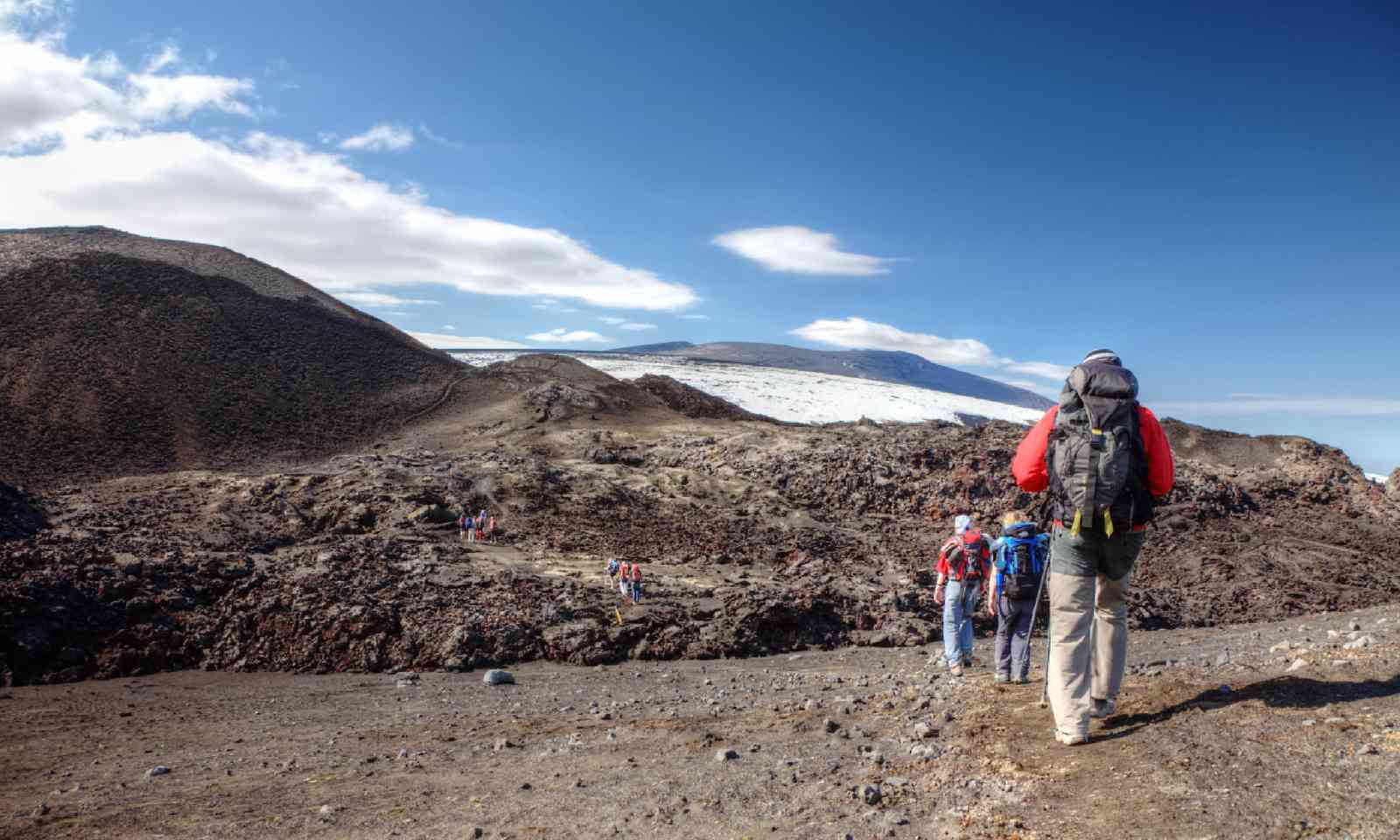 Walking on top of Eyjafjallajokull (Shutterstock)

Eyjafjallajokull caused thousands of flight delays when it erupted in 2010, so it may not sit happily in many people's memories. Today, however, it offers a spectacular hike across an Icelandic ice cap.

Take some time to admire the Skógafoss waterfall, a thundering cascade, at the base of Eyjafjallajokull. Before long, you'll be trudging through snow and ash, past glacier streams and the site of the 2010 eruption.

This hike takes between 8-10 hours and puts you in an ideal position to spot some of Iceland's most spectacular sites, ncluding glaciers, canyons and mountain valleys. Upon reaching the summit, the Myrdalsjokull and Tindfjallajokull glaciers can be spotted, whilst the Vestmannaeyjar Islands wink at you from the distance.

You should only climb Eyjafjallajokull with a guide and it is recommended that you climb between mid-June to late-August. Outside of these months, the weather can drop to dangerously low temperatures. 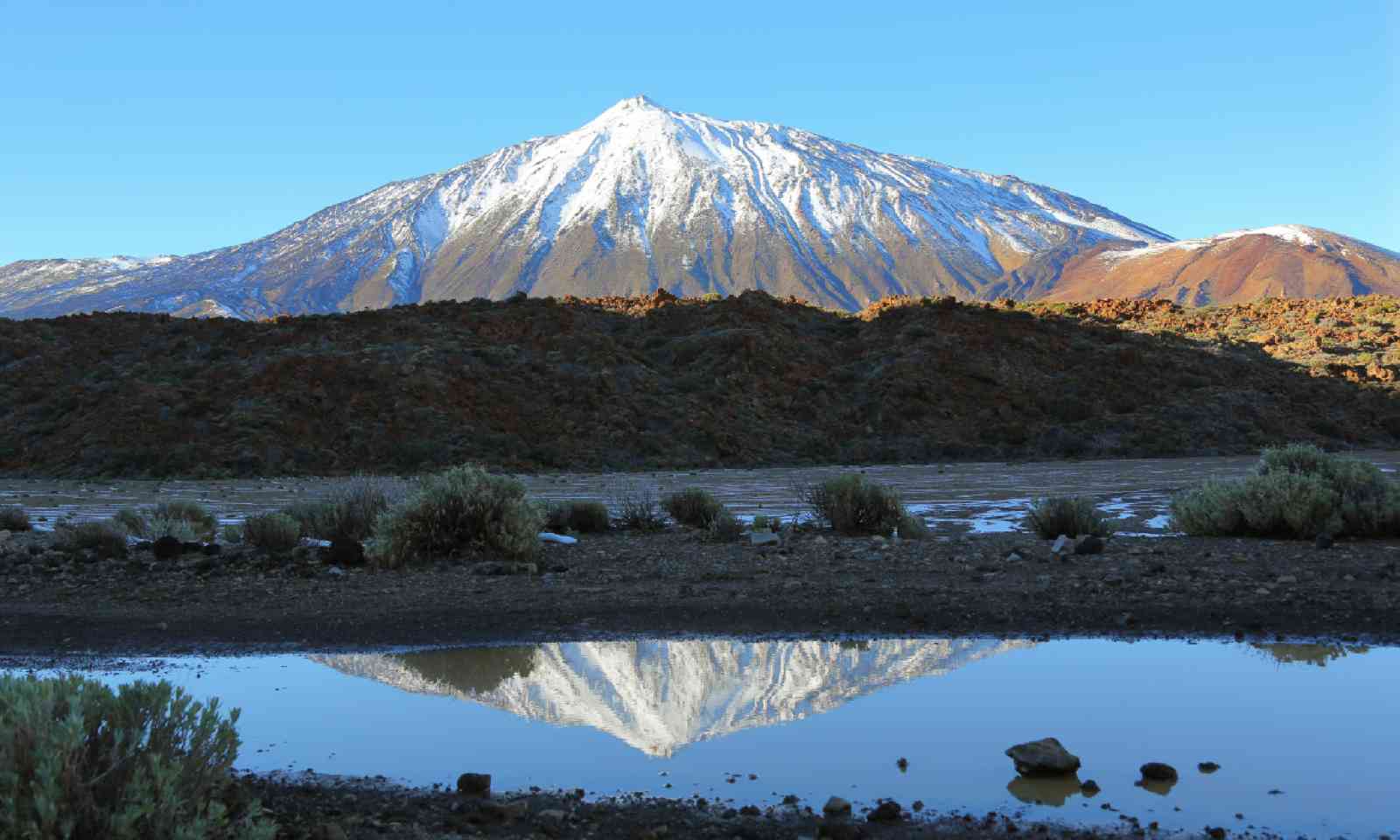 Europe's highest volcano sits 3,718 metres above sea level on the largest island in the Canaries. Last erupting in 1909, Mount Teide is now a dormant volcano that attracts eager climbers each year.

Expectant hikers can attempt to reach Teide's summit throughout the year, but, due to the scorching summer heat, it is best to embark on this climb during the spring (April-May) and autumn (September-October) when the weather is at its mildest.

Teide's not-too-treacherous terrain means the low altitude trails are accessible to climbers of all abilities. We recommend hiking during The Tenerife Walking Festival that takes place annually in early spring.

The 5-7 hour trek to the summit is a challenging expedition. But once you reach Teide's summit and gaze down at Tenerife and its neighbouring islands, all of your efforts will be worthwhile. 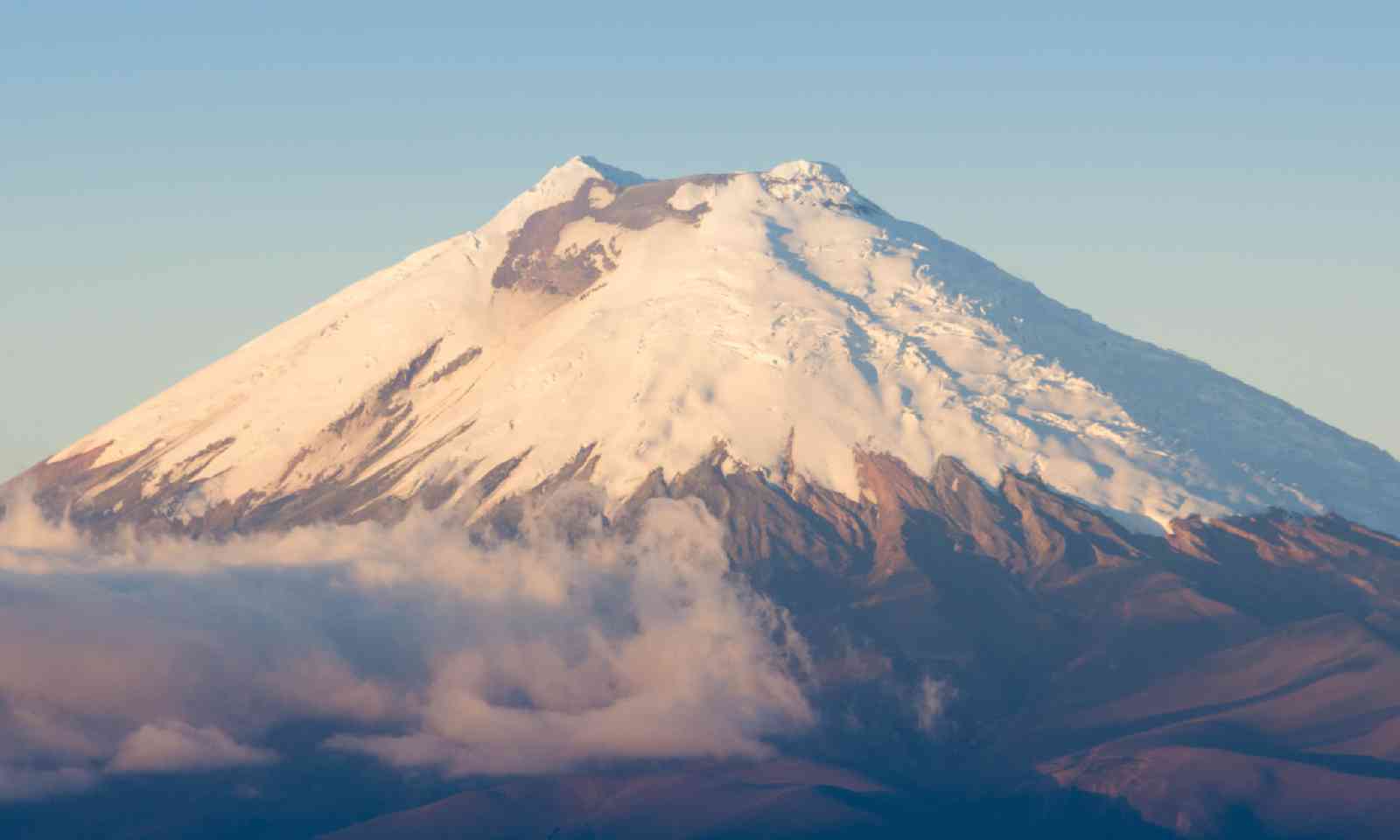 Cotopaxi sits on the Pacific plate known as the 'Ring of Fire'. Peaking at 5,910 metres, it is one of the world's highest volcanoes. Despite its history of violent eruptions, Cotopaxi has shown little activity since 1904, with just two minor eruptions in 1940 and 2015. But it is always important to check recent volcanic activity before you visit.

You must employ a guide if you want to hike on Cotopaxi. After two challenging days of climbing, the final ascent to the summit (dubbed the 'heart-breaker') is a strenuous 2-3 hour hike with few resting spots. But the chance to stand above the clouds atop Cotopaxi's crater is all the motivation you'll need.

Thanks to the clear Ecuadorian weather, Cotopaxi is open for climbing throughout the year, although June and July are the driest months and the wind is less wild during December and January. 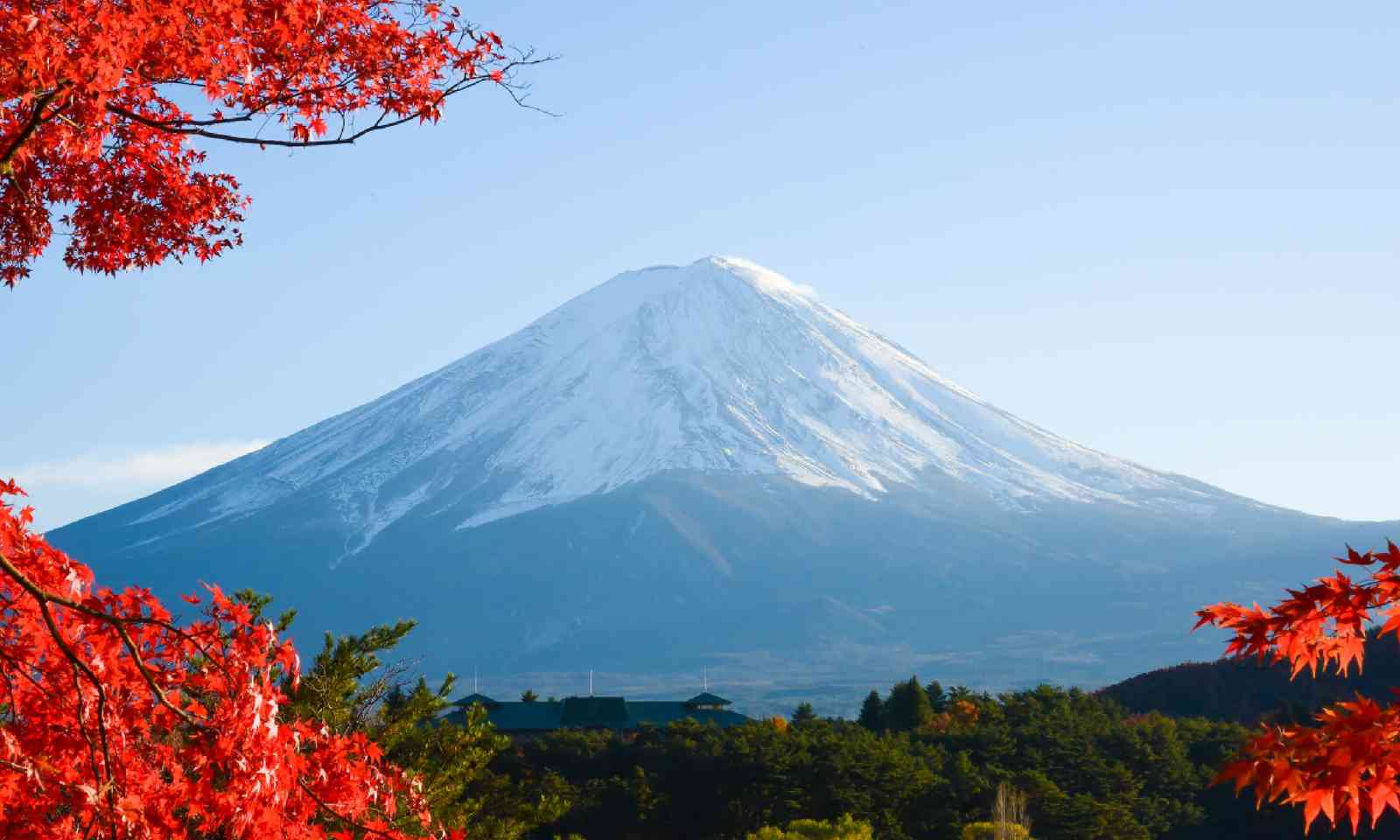 One of Japan's most recognisable icons, many admire Mount Fuji from a distance but fewer people attempt to reach the summit of the country's highest mountain.

Official climbing season lasts from early July to mid-September when the weather is mild, snow is often non-existent and mountain huts are open for business. You will not need a guide to climb during peak season.

If you fancy breaking from tradition, there are some hiking opportunities out of season, although due to the dangerous weather conditions this should only be attempted by experienced mountain climbers.

You do not need impeccable climbing skills to tackle this mountain, although you may have to fight off altitude sickness. Ideally, you should opt for an early morning hike when crowds are low and visibility is clear.

If you thought the view of the mountain was an unmissable sight, wait until you look down on the island from Fuji's summit. 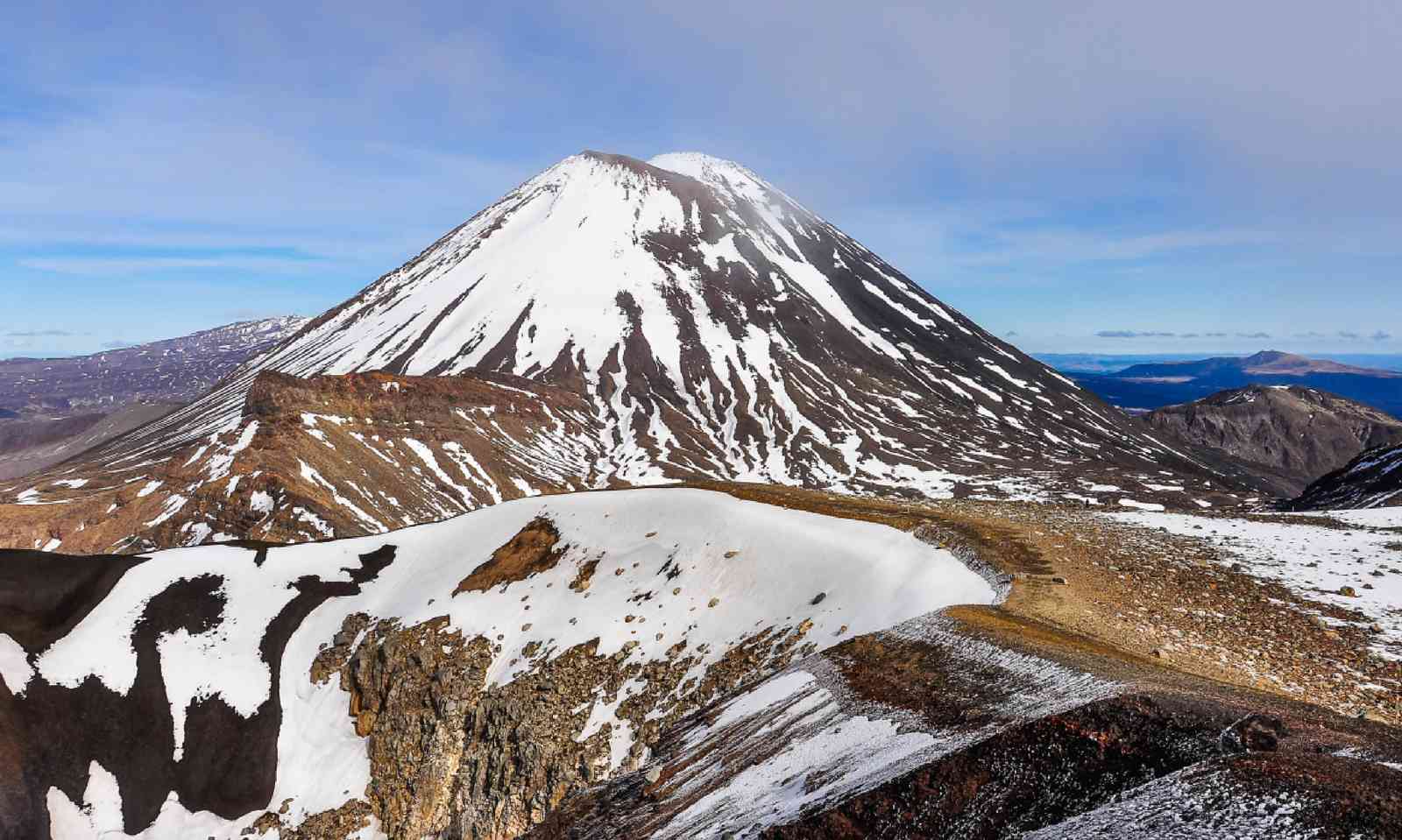 Situated by the active volcanoes Tongariro and Ruapehu, Mount Ngauruhoe has become one of New Zealand's most popular climbing locations since its star turn as Mount Doom in Peter Jackson's The Lord of the Rings trilogy.

After its last eruption in 1975, Mount Ngauruhoe's Volcanic Alert Level has dramatically reduced, although it is still listed as an active volcano and earthquakes in the surrounding area are common.

A 90-minute walk takes you to the base of the volcano (the first 45 minutes are suitable for children and the elderly). The climb then takes a dramatic turn with a steep 45-degree slope and few opportunities to rest. You will also need a guide. This challenging hike across loose rock surfaces, ice caps and at times sub-zero temperatures (even in summer) is one to satisfy adrenaline seekers. 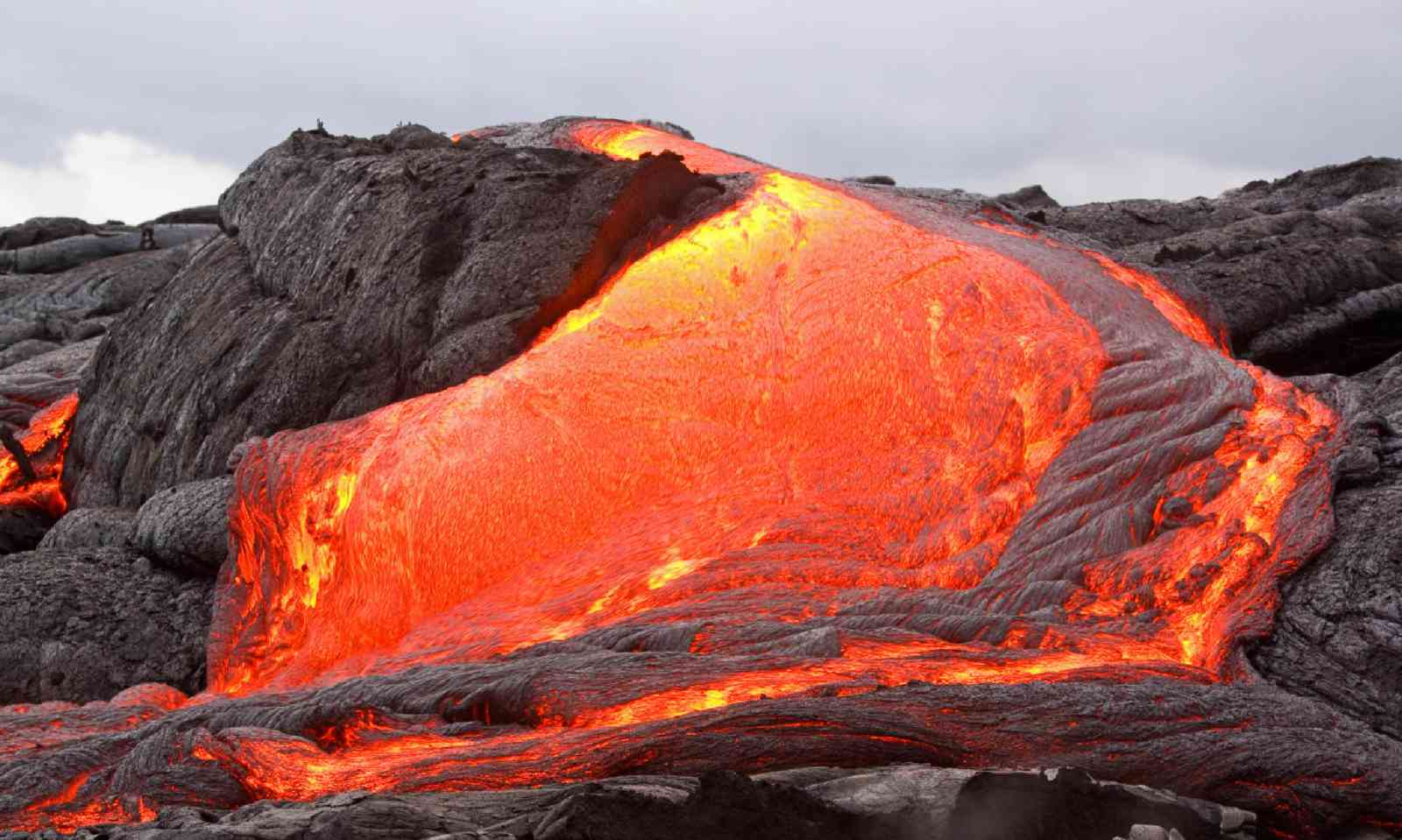 The continual flow of oozing magma and the chance to spot a magnificent lava lake, the product of a 1959 eruption, gives climbers a rare opportunity to experience one of nature's most dramatic phenomena on Kilauea.

The peak is just 120 metres high, but the steep and rocky terrain makes this a challenging climb. Kilauea is open to hikers year round, and it is important to take note of recent volcanic activity before attempting the climb. 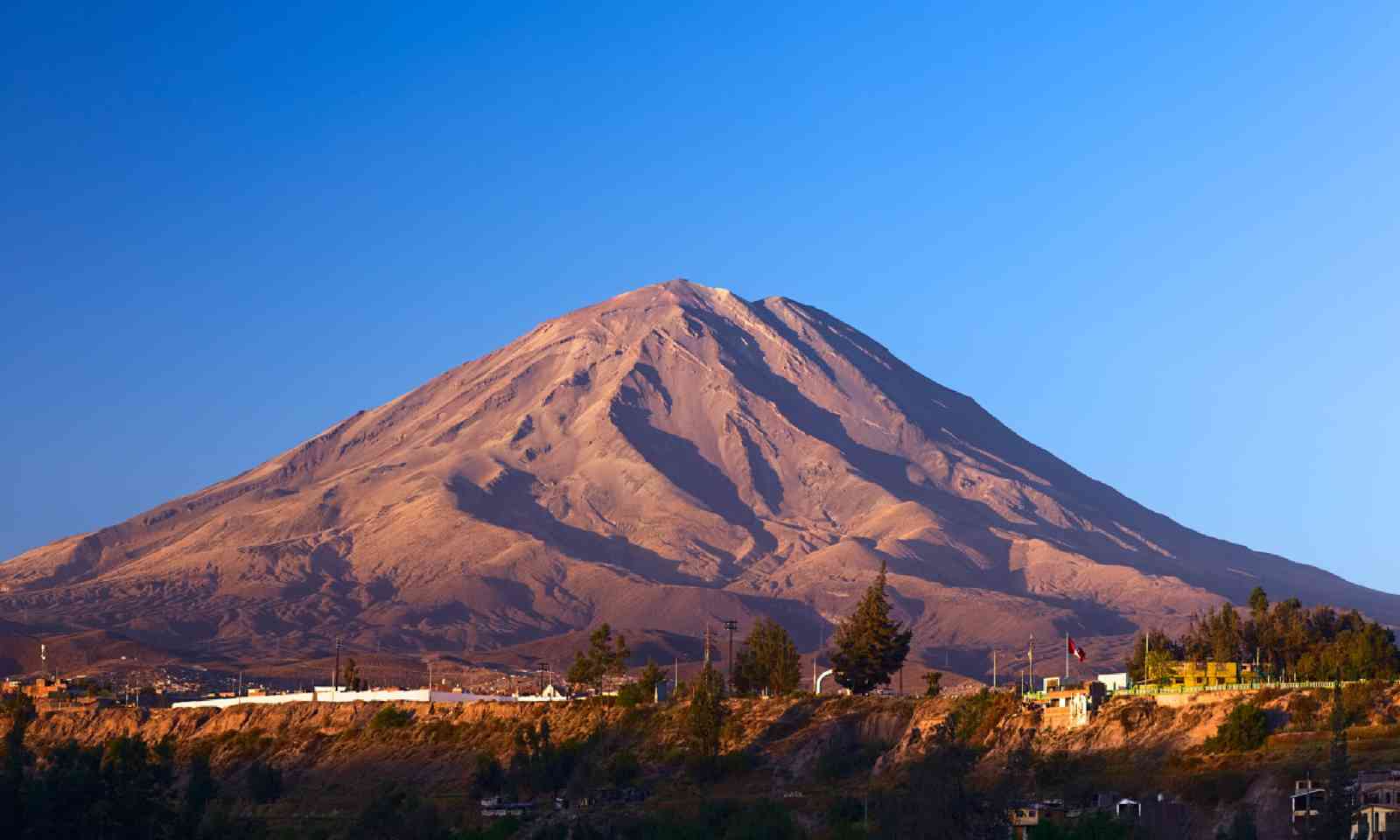 Peru's most famous volcano is also its most active, so climbers must be aware of any eruption threats before attempting this exhilarating two-day hike to Mount Misti's summit.

Due to the challenging environmental conditions, few make it to the volcano's peak, which stands at 5,821 metres. On the top, ice picks and crampons are often a necessity, making this a difficult hike for a climbing novice, but a welcome challenge for anyone wanting to test their limits. You will also need a guide, who will provide you with safe overnight accommodation.

Spot hissing volcanic fumaroles along the way, before reaching Misti's summit where you can peer down at the city of Arequipa and spy on neighbouring volcanoes Chachani and Pikchu Pikchu. 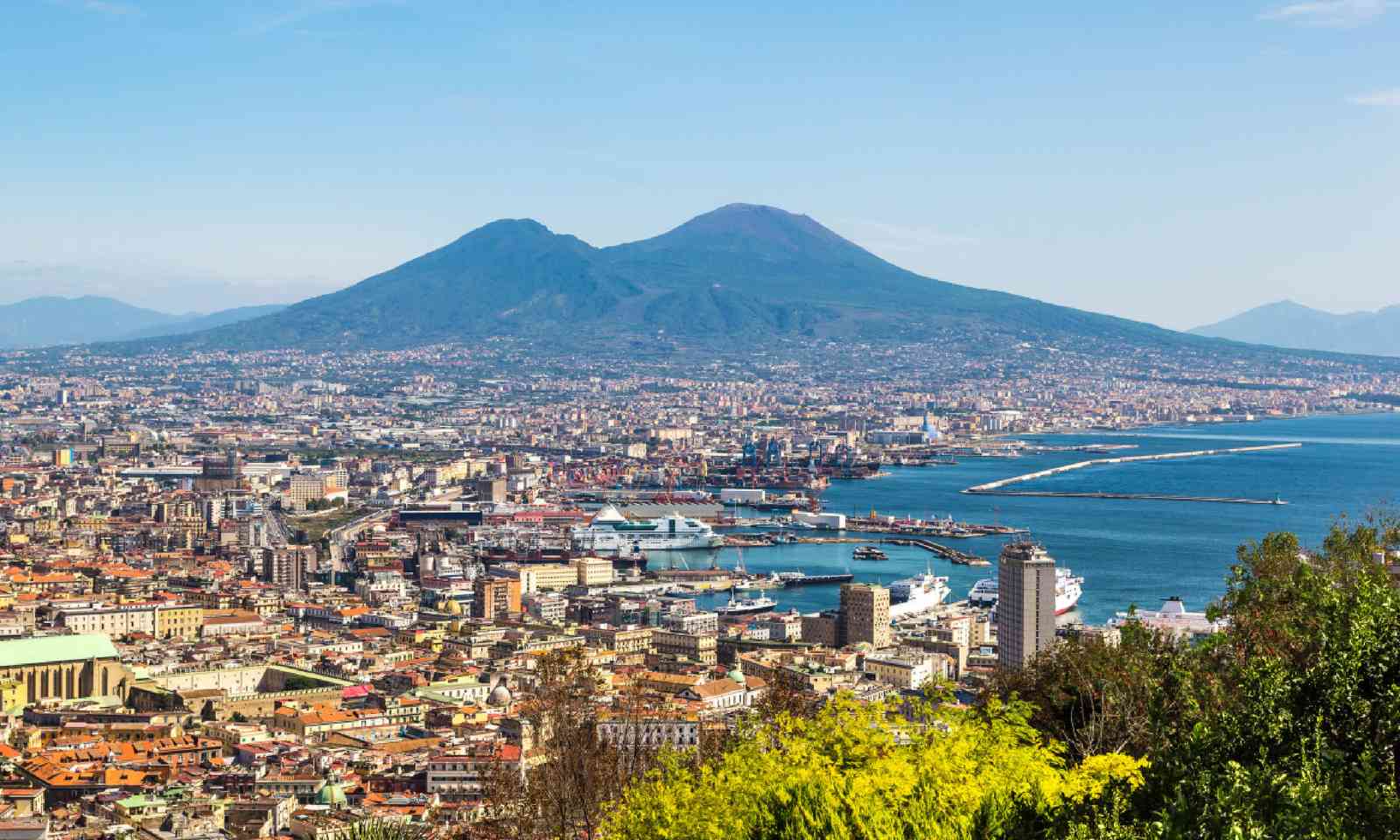 The notorious volcano that buried the entire city of Pompeii and its neighbouring town, Herculaneum, in a cloud of ash when it erupted in 79AD is open to hikers year round. While tourists flock to Italy's west coast to see the ruins of Pompeii, Mount Vesuvius (the cause of Pompeii's fame) is also well worth a visit.

Peaking at 1,280 metres, Mount Vesuvius is easily accessible to most hikers. Guided tours lead climbers to the summit of the volcano in just 50 minutes, where you can peer into Vesuvius's crater, take in the view of the Bay of Naples and catch a glimpse of the Apennine mountains. Alternatively, simply join the crowds making their way to the top.

Vesuvius is one of the world's most active volcanoes and it is long overdue an eruption. It is always important to check safety updates before attempting the climb. 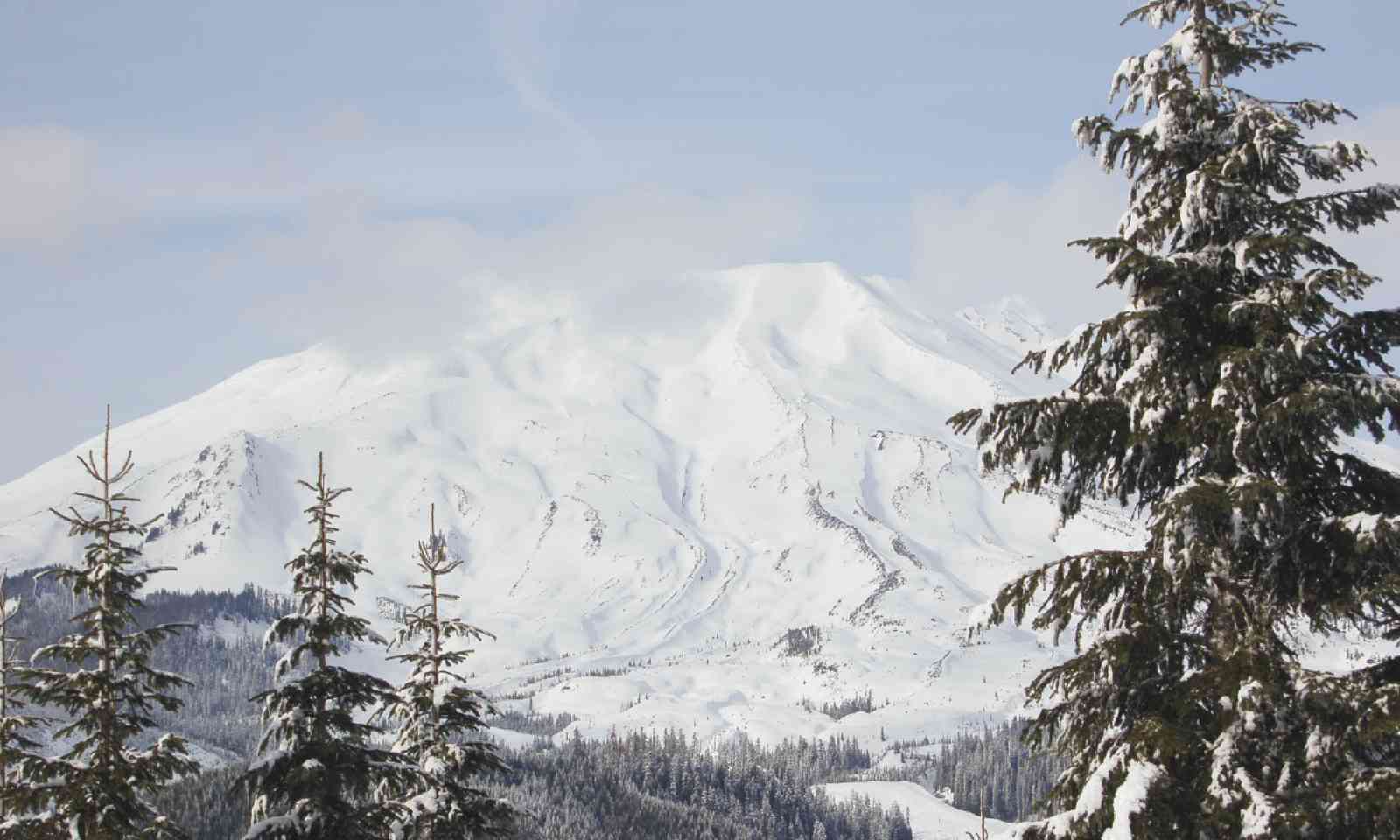 Situated in Skamania County, Washington, Mount St. Helens is open for climbing year-round. With various hiking options, it is accessible to both new and experienced climbers.

Visitors can choose a route suitable to their own abilities. A hike to the top of St. Helens takes 7-12 hours. All trails are clearly marked and a guide is not essential.

If you do manage to complete the difficult ascent to St. Helens summit at 2,549 metres, a mesmerising view awaits. Just be sure to keep your distance from the crater rim where rocks can be loose. 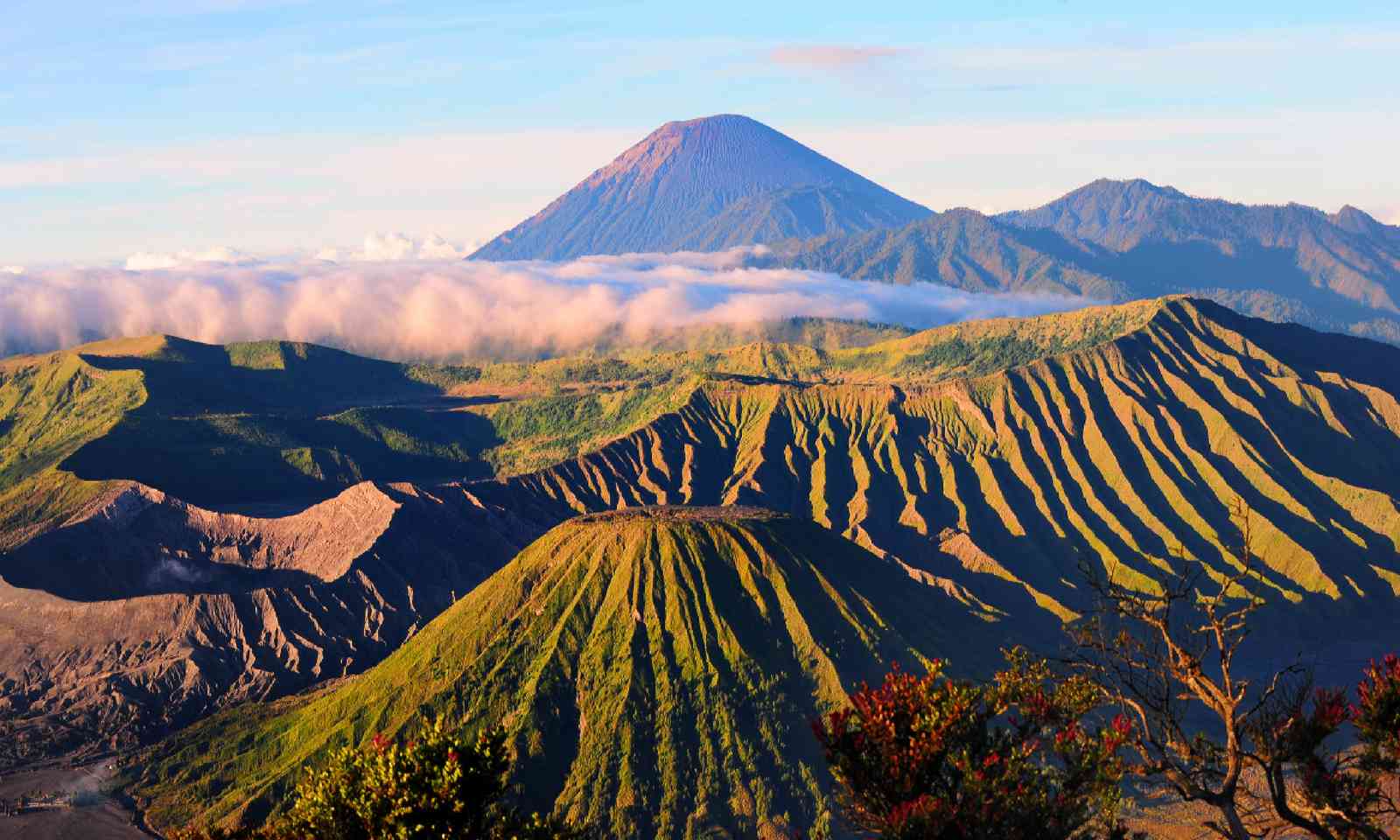 At just 2,393 metres, Mount Bromo is one of Indonesia's smallest mountains, but a hike to its summit is no less impressive because of it.

Walk, drive or horse ride through the Ash Desert to reach the base of Mount Bromo, situated in Bromo-Tengger-Semeru National Park. As one of the world's most active volcanoes, it is essential that you ensure the volcano is safe to hike.

The hike takes just 1-2 hours depending on your fitness level, so it is easily accessible to climbers of all abilities. It is a treacherous climb so you should hike with a guide. If you want to beat the crowds, try to reach the summit in time for sunrise.

If you choose to climb Bromo in August, you may witness the annual Kasada Festival, in which the locals honour the mountain gods by throwing offerings of chickens, vegetables and money into Mount Bromo's sacred crater.