Discover your inner Norse: 8 amazing Viking experiences from around the world

From Newfoundland to Poland and right across Scandinavia, these extraordinary sites and attractions bring the days of the Vikings thrillingly to life. 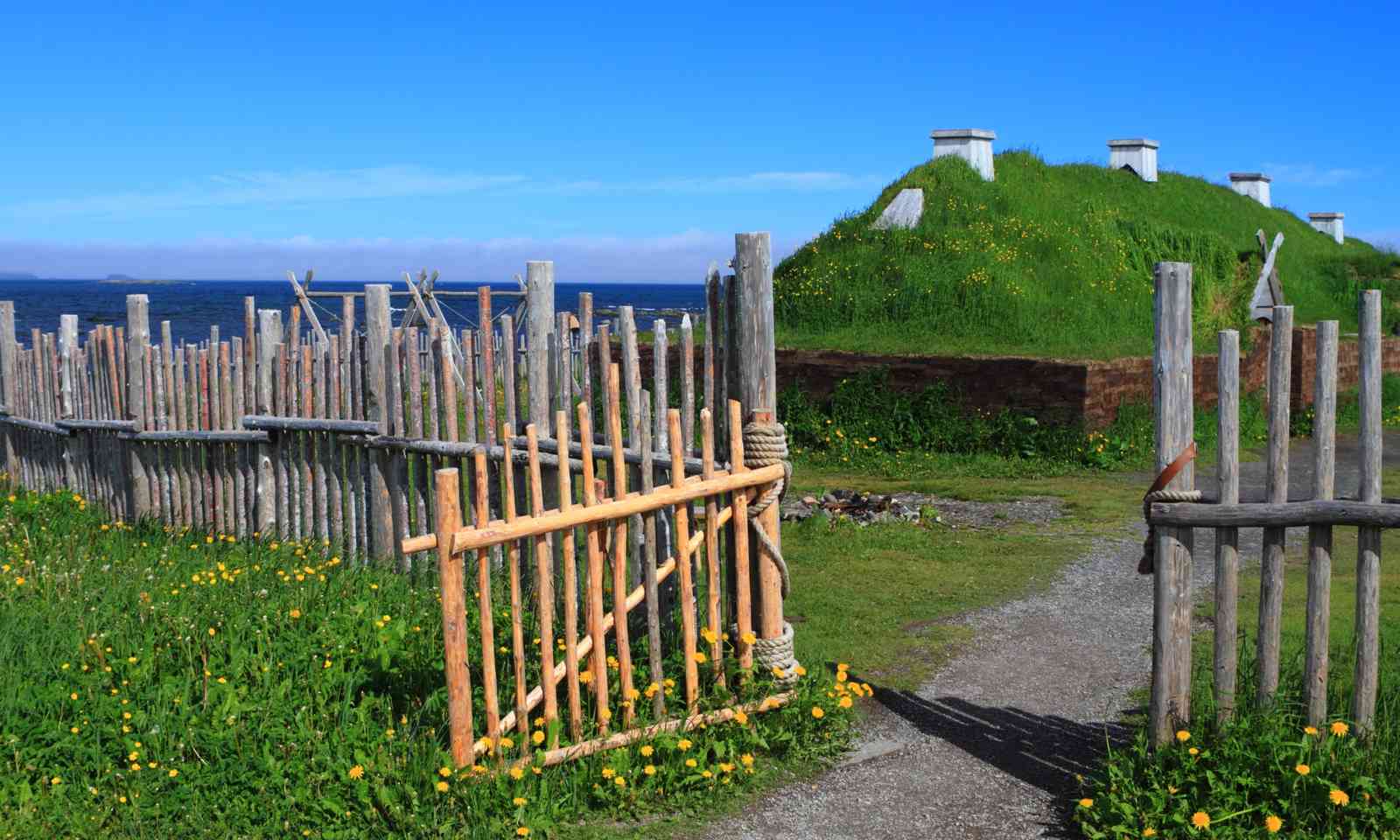 Long believed to be the remains of an old Indian camp, it wasn’t until the 1960s that the mysterious mounds on the tip of Newfoundland’s Great Northern Peninsula gave up their long held secret. Historians had speculated for some time that Vikings had visited the ‘New World’ long before Columbus. When archaeologists discovered that the mounds were the remains of a small Viking encampment, they had their proof.

The site is the first known evidence of European presence in the Americas and declared a UNESCO World Heritage Site in 1978. Today, visitors can wander around the remains of timber-and-sod buildings that are over 1000 years old.

Costumed Vikings guide you around the recreated base camp and reveal original artefacts found at the site, all  set against the cliffs and bogs of the rugged coastline there. 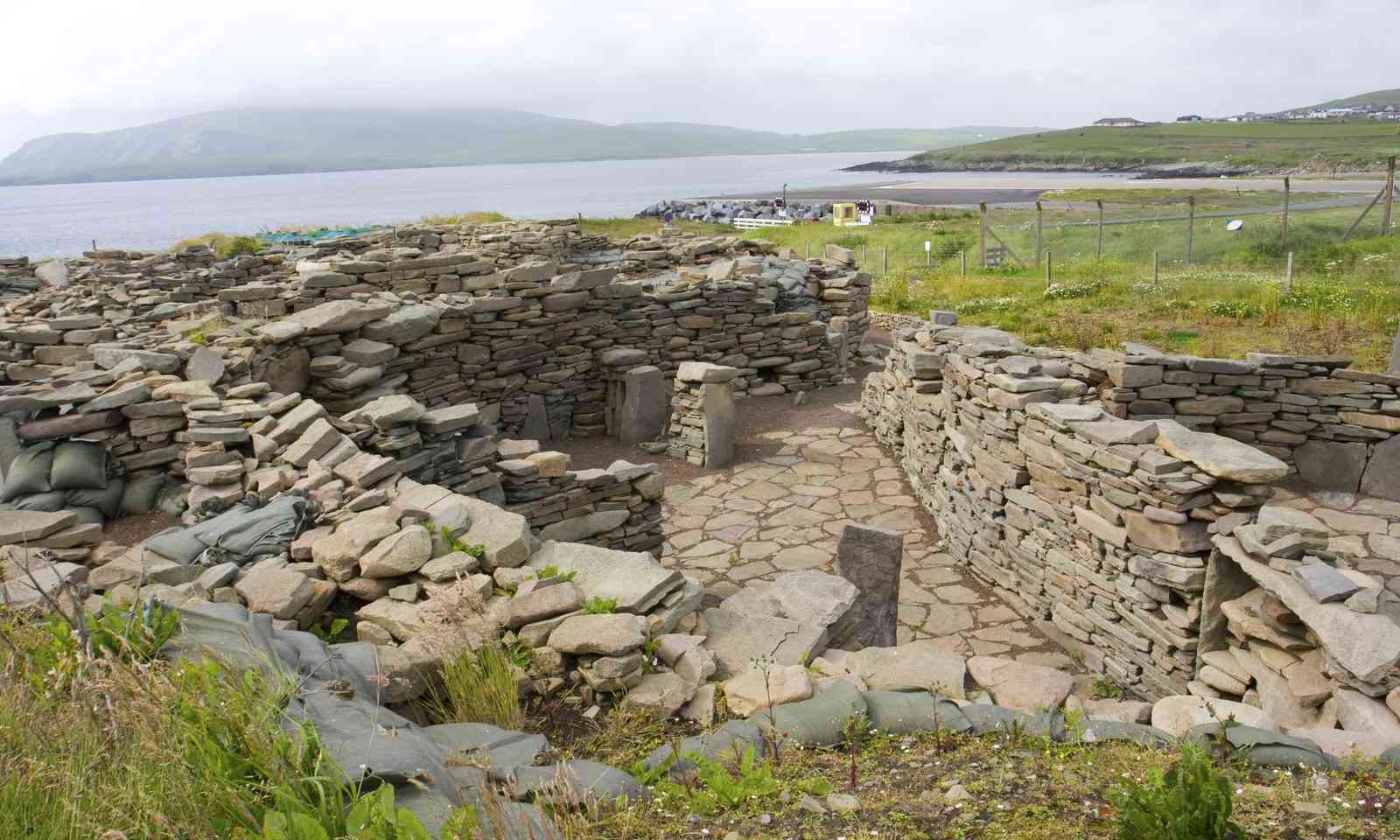 Discovered during the construction of an airport access road in 1975, the Old Scatness Broch in the Shetland Islands proved to be a treasure trove of medieval, Viking, Pictish, and Iron Age remains.

The site is open every year, between May and September, and during the summer months, costumed guides provided tours of the what remains. Visitors are invited to spend time by the fire in the reconstructed buildings (fuelled by peat), or try their hand at Iron Age and Viking crafts. 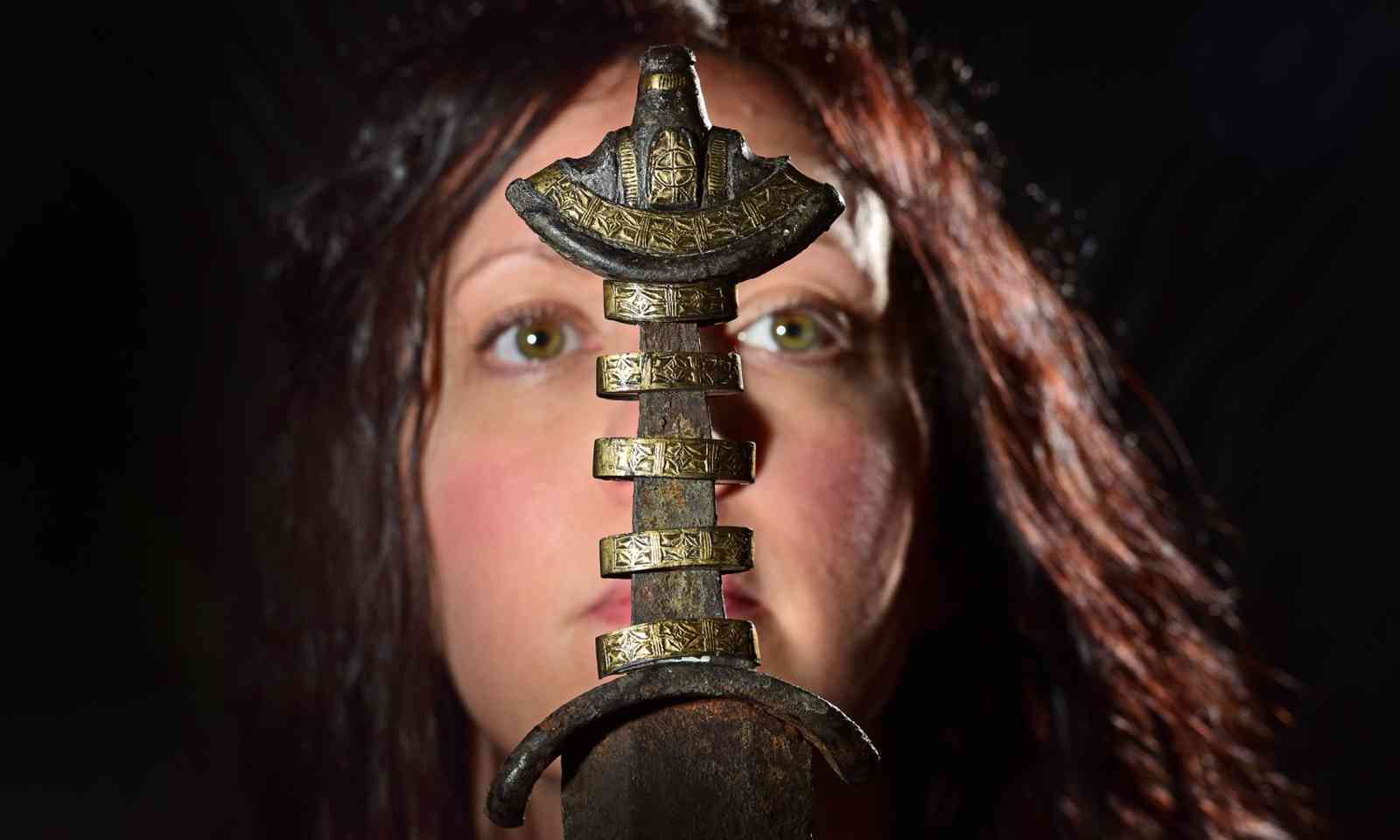 Built on the site of a Viking-Age city called Jorvik, the Jorvik Viking Centre is a hi-tech recreation of what life would have been like in 10th century York. The newly re-imagined ride experience sees visitors whisked into the sights, sounds and smells of Viking Britain.

In 2017, visitors are in for added treat, with the British Museum’s most precious Viking treasures coming to Jorvik in a special exhibition. The trove includes coins issued by King Canute, a pattern-welded sword found near Windsor, axe heads and stirrups and exquisite jewellery discovered in Gotland in Sweden. The exhibition is included in the price of admission and will be at Jorvik until 2020.

An even larger collection of Viking treasure from the British museum can temporarily be found at the Yorkshire Museum. Their informative Viking: Rediscover The Legend exhibition runs in York until Nov 5, 2017. Longhouse under the Northern Lights (lofotr.no)

Lofotor Viking Museum is located high above the Arctic Circle on Norway’s remote Lofoten islands. It sits on the island of Vestvågöy, on the same site where archaeologists discovered the remains of the largest Viking building ever found in Europe.

The original 6th-century longhouse was massive: 83m (272 ft) long and 9m (30 ft) high. The museum includes a full-scale replica of the longhouse, as well as a blacksmith's hearth and two Viking ships and their boathouses.

In summer, there are axe-throwing exhibitions and Viking re-enactments. Visitors are also encouraged to join in and help row the boats. 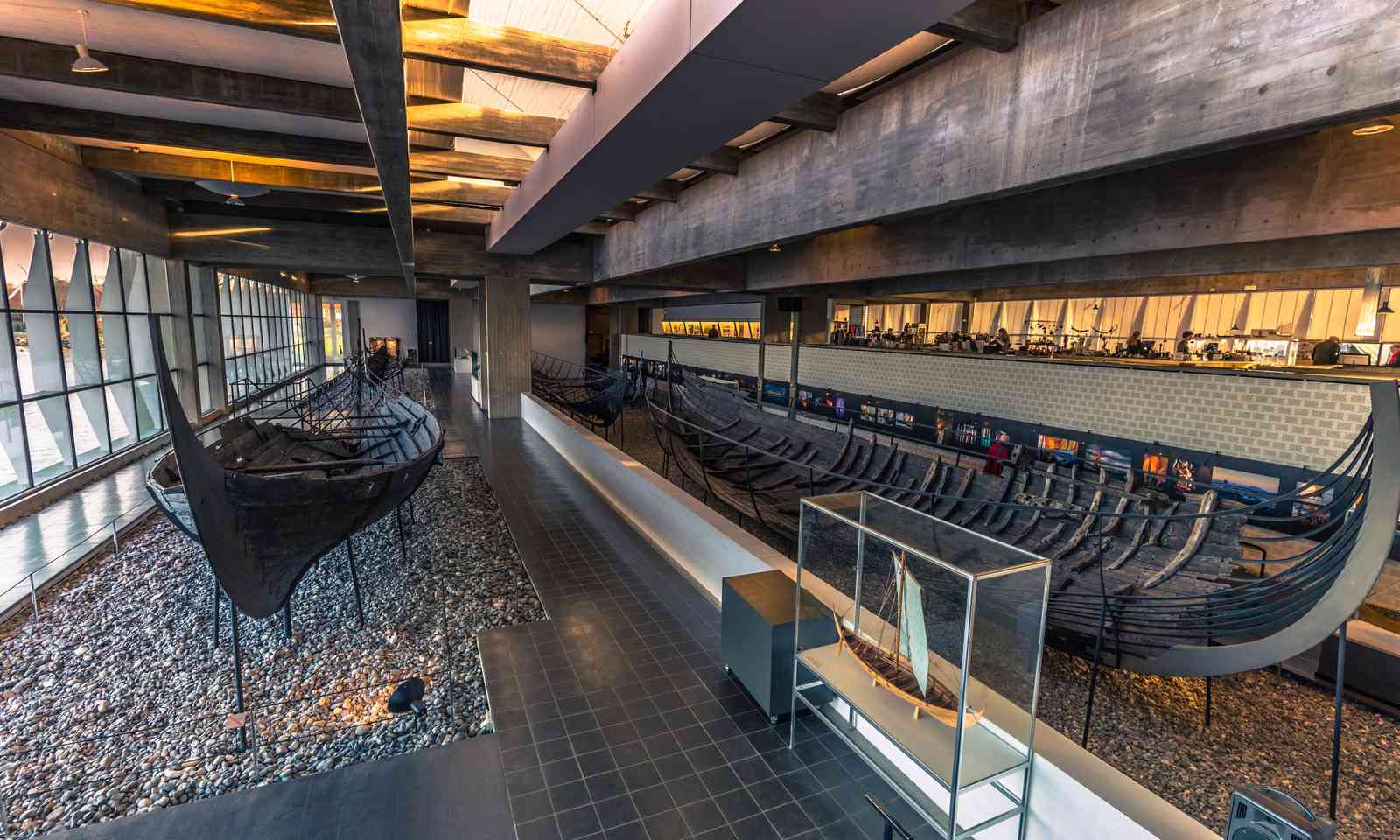 The Viking Ship Museum in Roskilde is Denmark's national museum for ships, seafaring and boat-building during the Viking period. Built close to where five Viking ships were excavated in 1962, the museum is both a permanent exhibition and an important research centre.

In the oldest part of the museum, the Viking Ship Hall, you’ll find the five Viking ships found in Roskilde Fjord. Together, they provide a unique perspective on Viking Age maritime culture from shipbuilding, seamanship, trade, defence and warfare. Squint your eyes and it’s not hard to imagine life on the high seas, exploring horizons near and far.

In many ways, the whole of Iceland is a Viking museum. The locals speak the same language as the Norwegian Vikings did when they settled there in the 9th century and they bath in geothermal springs, just like the Vikings did.

However, for a neat summary of Icelandic Viking history and some grimly authentic animatronics, head to the Saga Museum in downtown Reykjavik.

The museum recreates key moments in Icelandic history, as well as day-to-day life in Viking times. The waxworks are so realistic you’ll feel you are looking at a real life Viking. Sometimes you are. Staff often dress up and stand amongst the displays, keen to see if visitors notice them. The new kid on the Viking block, the Life of Viking museum in Stockholm was only opened in 2016. Set between the Vasa Museum and Gröna Lund Amusement Park on Djurgården, it is a dramatised tale of the Viking Age, anno 963.

The main attraction is Ragnfrid’s Saga, an 11-minute dark ride/journey inside the exhibition hall that reveals all aspects of life in the Viking Age, at home, on the farm and around the world. 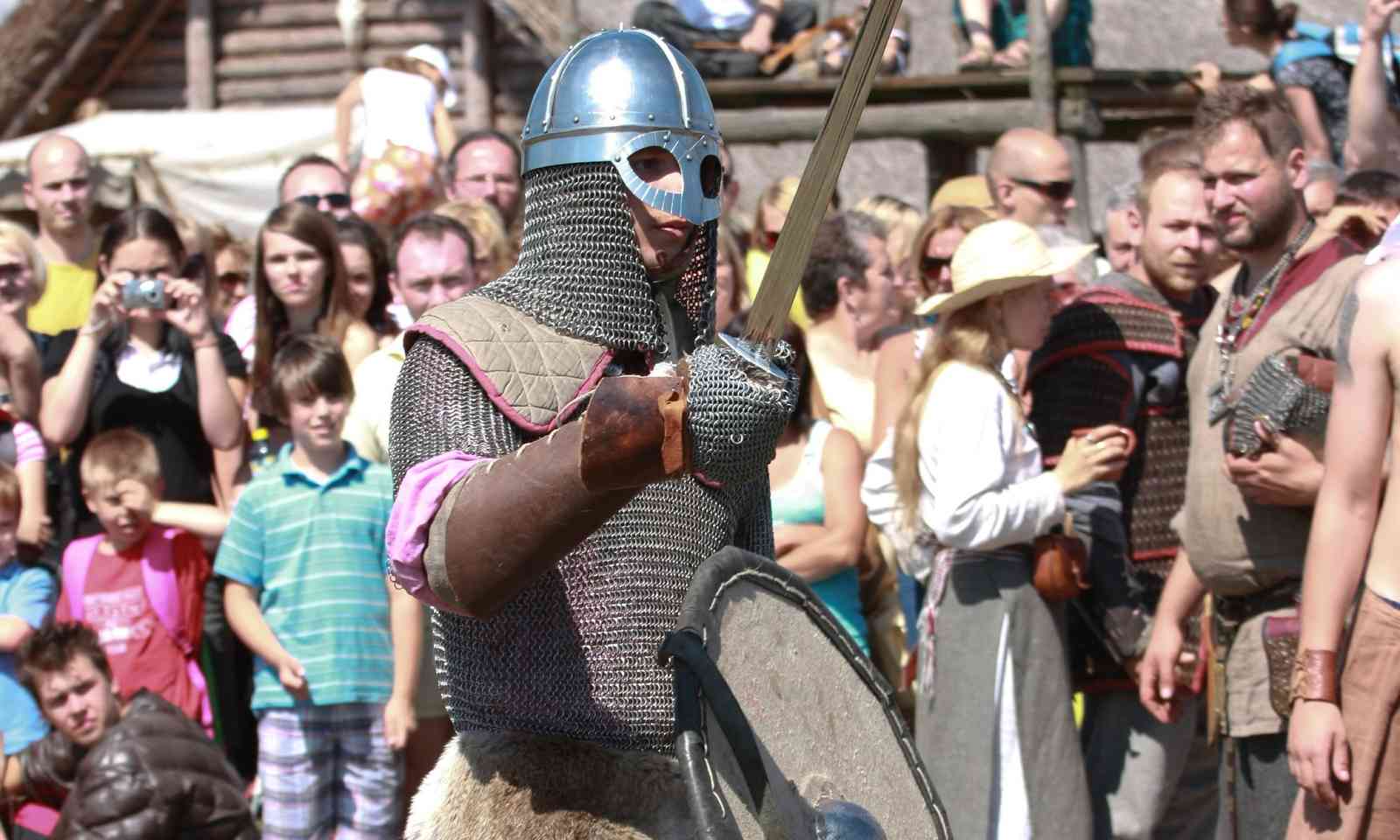 Living history at the Fortress of Jomsborg (Dreamstime)

The Vikings didn’t just traverse wild seas in search of places to pillage. They ventured up the great rivers of Europe too. The Fortress of Jomsburg near Warsaw in Poland is a living museum dedicated to the impact Vikings had in this part of the world.

The Fortress of Jomsborg is run by the State Archeological Museum in Warsaw and runs ‘living history lessons’ for Polish students. In summer, it opens its doors to the public and entertains them with historically accurate archery, axe throwing, sword fights and coin making.