A local guide to Vietnam: 5 off-the-beaten-track spots you haven't visited

Most travellers to Vietnam flock to Hoi An and Halong Bay, but miss out on its crowd-free corners. We spoke with TravelLocal's in-country guides on where to explore for an enriched cultural experience... 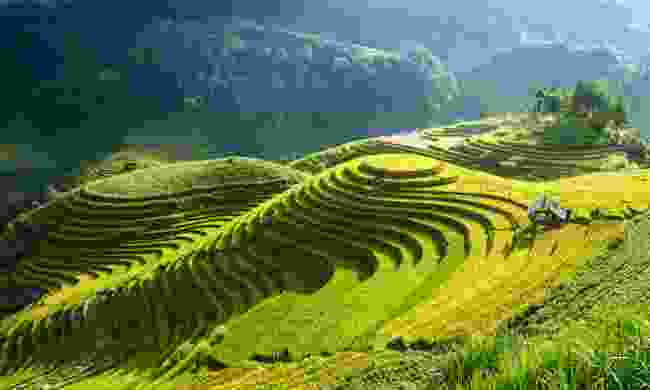 For many, Hanoi is the northernmost slice of Vietnam they’ll see, before venturing south. But those who do are missing a trick, with the country’s north-western corner of Mù Cang Chải an off-grid land of steep emerald valleys pocked with sleepy villages. Its remoteness – to reach it you need to navigate the mountain pass of Khau Pha – means many travellers don’t make the effort to visit, leaving its lesser-treaded wilds free for you to roam. Visitors should explore Mù Cang Chải on motorbike, making regular stops to admire picturesque views of the rippling rice paddies and lush green hills en route.

The star attraction here are the lush rice paddies that stretch across 20 sq km of the area’s undulating hillsides, farmed by locals for centuries. Head there in autumn (September-October) and you’ll see them at their best, the late afternoon sun bathing the rice fields in soft golden and toast-brown hues at the height of harvest season. It’s also a great excuse to join in the festivities at the annual Rice Paddy Festival, where minority Thai groups perform traditional bamboo-based music and Xoe dances.

Webs of walking trails offer spectacular views across this natural light show, as well as offering a glimpse of the ethnic minority villages that dot this wild land.

Local insider tip: Time your visit for the harvesting season in September when there are plenty of festivities to be enjoyed, including street food exhibitions and group performances among the local Thai communities. 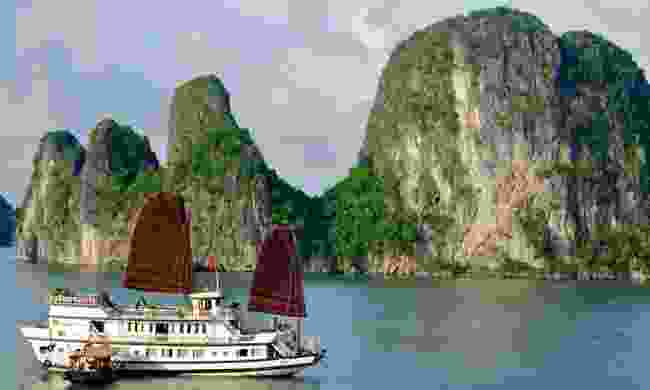 We’ve all heard of the well-cruised karsts and limpid-blue waters of Halong Bay and rightly so – it’s one of Vietnam’s natural gems. But with that comes boatloads of visitors, especially come high season, which can sometimes dull the allure.

However, float along the coastline a little further and you’ll reach Halong’s less-celebrated sister, Bai Tu Long. Here, the fine limestone islets that speckle the creamy ripples of this national park more than rival its more popular peer for natural drama, but it comes without the crowds, meaning you have its misty sunrises and otherworldly views all to yourself.

The calmer bay allows for kayaking at a leisurely pace and swimming under the looming karsts is a refreshing joy. Some of the larger islands are rich in wildlife, while dugong frequent the surrounding waters. Sometimes it pays to extend your search and, in this case, sliding through the Gulf of Tonkin a little further reveals a glimpse of what Halong Bay was probably like before it was streaked with the foamy wakes of tourist-bloated boats. 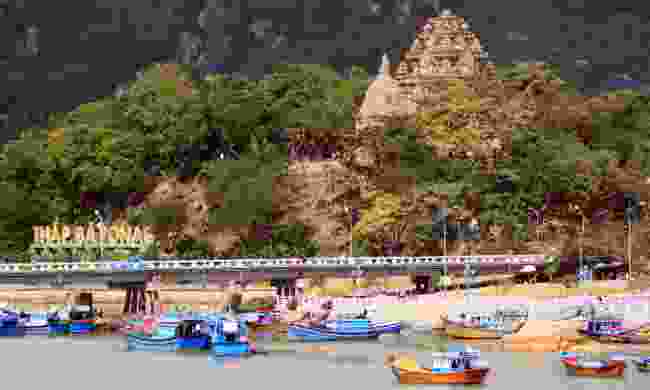 Best for: Diving and snorkelling

Thanks to its diversified marine life, the waters surrounding Nha Trang Bay draw in visitors from across Vietnam as well as overseas in the hope of swimming alongside a whole spectrum of fish, including cuttlefish, lionfish and clown fish. For those who are willing to take the plunge, snorkel a few metres deeper to the ocean floor for a dazzling spectrum of 350 species of coral that glow in the sun’s reflection. 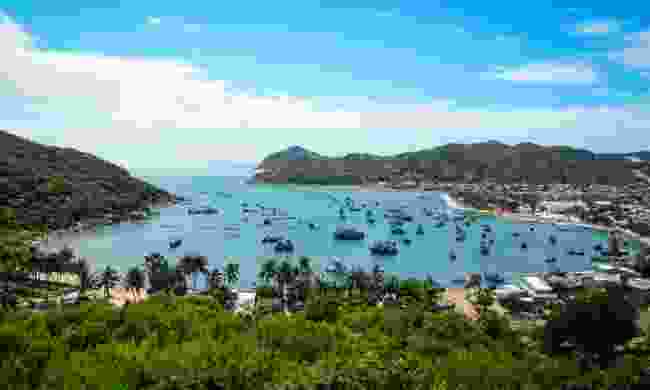 Best for: An authentic local encounter

Compared to Vietnam’s more iconic coastal attractions, Vinh Hy Bay attracts little attention. Its unlikely location on the east coast of Nui Chua National Park means travellers who venture to this unsuspecting corner can admire its natural beauty in seclusion. Surrounding the bay are minority communities such as the Cham and Raglai people, as well as a growing fishing community – meaning now is the best time to visit before the crowds arrive. 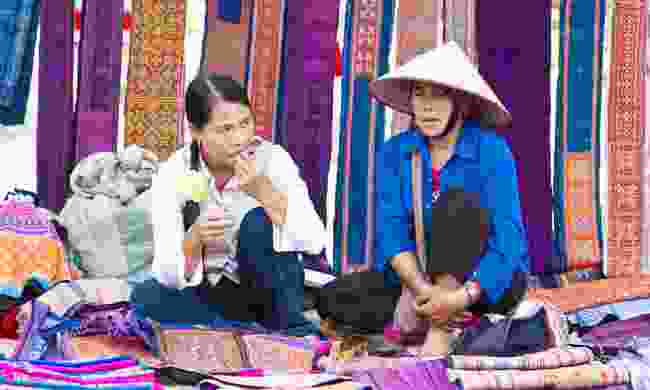 Mù Cang Chải isn’t the only hidden gem in Vietnam’s upper reaches. On first glance, its rugged peaks carry a peaceful charm, the landscape only interrupted by the trickle of a stream or locals going about their daily routine. But in the tribal villages that nudge the Chinese border, there’s a handful of times a month where the mountains truly come alive: market day.

From the break of dawn, once-quiet streets are flanked with bustling stalls ready for locals bedecked in colourful traditional dress ready to peruse. For travellers, it’s a fine opportunity to glimpse tribal life and each village’s cultural intricacies, and with such little tourist footfall here, you’re guaranteed they’re authentic.

Spend your Sundays in Bac Ha, which boasts the biggest market in the region, a riot of colour veining its streets, or in Dong Van, where you can taste foods such as banh troi (floating rice cake) and ruou gao (rice wine). Home-stewed thang co is also a must-try meat-based dish that gets its fine flavours from a mix of lemongrass and chilli leaf, giving it a flavourful kick that leaves the mouth ringing for more.

Elsewhere, you can pick up regional vegetables in Cao Son on a Wednesday, sip Lung Phin’s namesake tea and twinning market mooching in Pho Bang with a wander among its ancient tiled roofs is also a delight.

Local insider tip: Make the most of being on the doorstep of a remote mountain range, where fresh produce can be selected and sampled, before cooking up traditional Vietnamese dishes, away from the tourist-packed markets in major cities. Whether you’re tempted by beef jerk that’s been slow-roasted over a firepit, or curious to try lemon fried chrysalis bees, there’s plenty of food on offer to tease the palate. 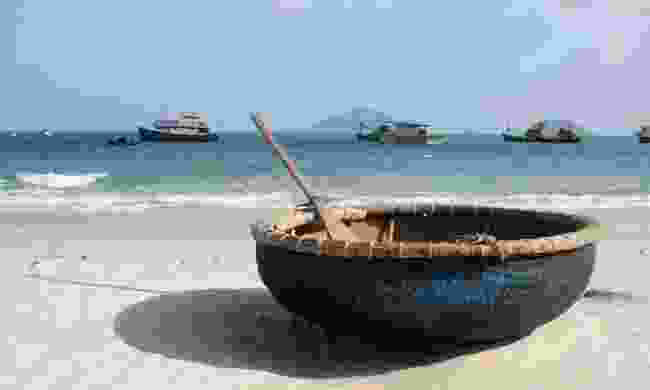 To find some of Vietnam’s finest pristine wildernesses, you have to make the effort to get there. The islands that make up Côn Đảo National Park are no different – either a 12-hour ferry from the mainland or an hour’s flight will bring you to the archipelago – but the journey is well worth it.

It was once covered in prisoner camps, with Vietnamese soldiers held here both under French rule and the American-backed government between 1862 and 1975. While you can still visit the prisons of old, it’s the striking landscapes that are now the eye-catching focal point.

Côn Sơn is its largest hub, fringed with sandy beaches and snorkel-worthy coral reefs and inland, covered in patches of tropical forest and a charming colonial Old Town. Hiking trails serve up fine wildlife-watching opportunities both on the ground and in the sky, with the chance to spy black giant squirrels, the endemic bow-fingered gecko, red-billed tropic bird and the rare brown booby. Its shores are also one of Vietnam’s most important nesting sites for green and hawksbill turtles, which can be spotted laying eggs along Côn Sơn’s 13 beaches throughout the nesting season between May and October.

Other islands here are also worth venturing to: Bay Canh is a major nesting site for sea turtles and Tre Long is surrounded by an impressive haul of coral reefs, teeming with kaleidoscopic fish. 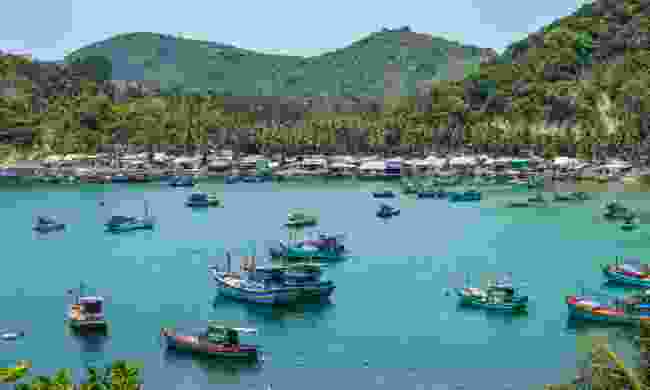 Considered the Halong Bay of south Vietnam, travellers to the Mekong Delta region can take a speedy boat trip offshore to Nam Du Islands. The archipelago is home to diverse marine life, expansive beaches and historical sites across half of its 21 islands, while 10 remain uninhabited and yet to be explored in depth. 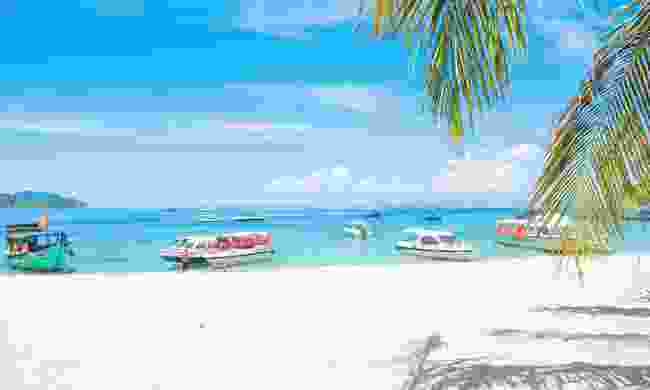 15km from the coast of Hoi An, Cham Islands are a series of eight pocket-size islets that remain little-explored by travellers in the southern region of Vietnam. Day trips run regularly in the dry season (March-September), but visitors can experience the islands’ greatest highlights by snorkelling its rainbow-tinted reefs, or with a beachside camp out at sunset. 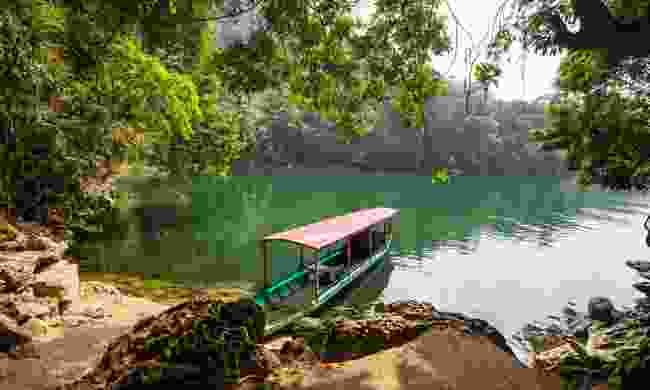 Hemmed in a ring of limestone karsts 250km north of Hanoi is Vietnam’s highest and largest natural pool: Ba Bể Lake. But the lake is only half the story, with waterfall-seeping plunging valleys on either side, densely forested shores, islands and vast cave systems forming an impressively diverse landscape. This abundant land naturally makes for a haven for wildlife and it features an impressive rollcall: loris, pangolins, black gibbons, macaques and the Tonkinese snub-nosed langurs all roam its wilds. Birders will equally satisfied, with over 225 bird and more than 350 butterfly species to spot.

The surrounding vistas also throw up plenty of experiences. Boats ford the Nang River which threads Puong Cave, floating past unusual stalactites to the echoes of bat wings. Hua Ma Cave is laced with impressive rock formations and Buddhist folklore and the still waters of Fairy paint a tranquil scene. Wooden stilt villages also stud the lake’s banks, the ethnic locals having farmed and fished the wilderness for generations. Organised tours package up its waterfalls, caves, waterways and ancient villages into guided boat tours and hikes, meaning you get to see the best bit of a land that often slips under most travellers’ radars.

TravelLocal - a better way to discover our world

TravelLocal help you to create holidays your way, with carefully selected local experts in your destination. Since 2012 they have scoured the globe to find these experts - entrepreneurs and innovators from Argentina to Zanzibar and anywhere in between.

They know where you’re going better than anyone - after all your destination is their home. They craft unforgettable trips that are unique to you, combining your ideas with their local knowledge and contacts, to bring the world to life. You get a better, more authentic holiday experience and the local experts get a fairer deal.

For peace of mind, TravelLocal are members of ABTA and your booking is 100% financially protected.