What is Vesak? The holy Buddhist festival celebrated around the world

Vesak Day is an important holiday in the Buddhist calendar. So, what is it? How is it celebrated – and where? Is there anything you need to know if you’re visiting a Buddhist country?

While travelling through South Asia, you may find yourself visiting during the Buddhist festival of Vesak.

Here’s what you need to know about this Buddhist holiday, and how to take part respectfully in the locals’ traditions... 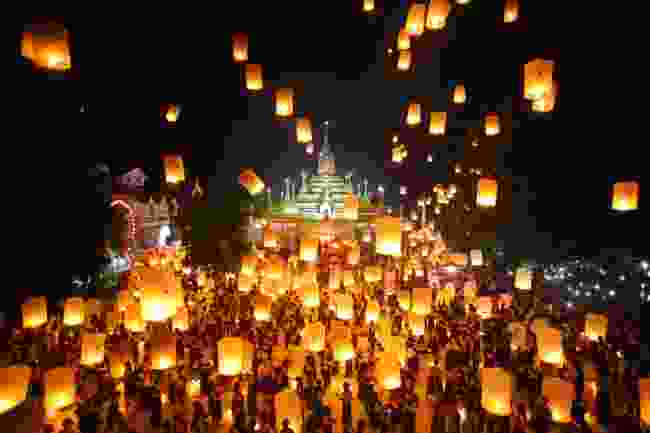 Vesak is a Buddhist holiday celebrating the birth of Buddha, Guatama Buddha (also known as Sidhattha or Siddhartha Gautama), his enlightenment, and reaching or ‘passing over’ to Nirvana.

As Buddhists believe in a life cycle that doesn’t end, death results in rebirth. However, once someone has reached enlightenment, which means to ‘find out the truth’ about life, they will ‘pass’ into Nirvana upon their death. This closes the cycle, meaning they won’t be reborn.

When does Vesak take place? 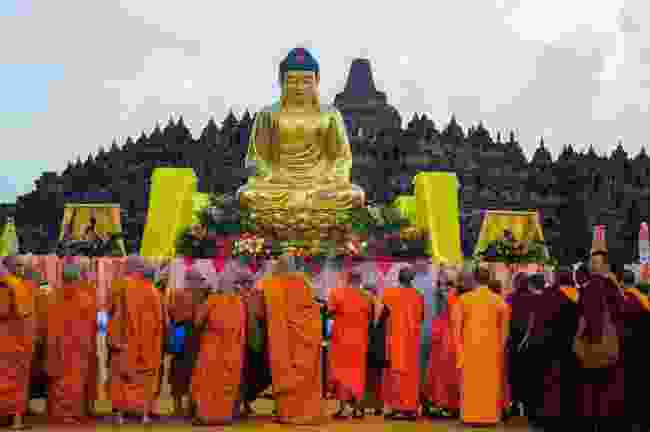 Vesak is usually celebrated in May, sometimes in early June. It takes place during a full moon, which is when it’s believed these events in Buddha’s life occurred.

In 2019, Vesak Day takes place on Sunday 19 May. In 2020, it’s planned that Vesak Day will occur on Thursday 7 May. Religious ceremonies and celebrations can last for a week, starting from Vesak Day.

Where is Vesak celebrated? 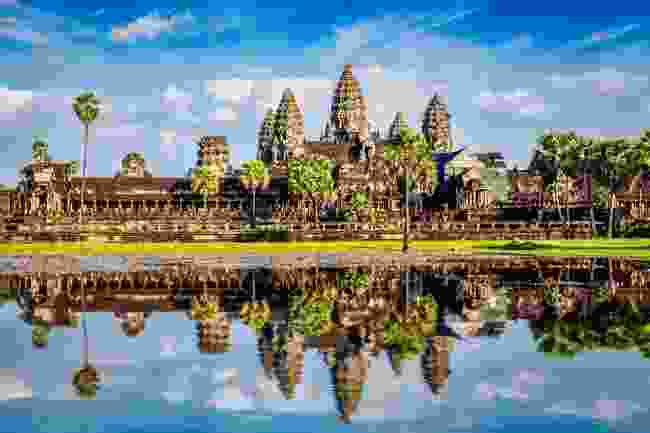 Angkor Wat is one of Cambodia's most famous Buddhist temples (Shutterstock)

Buddhism is one of the world’s most-followed religions – the fourth biggest on the planet - with over 7% of the world’s population said to be practising. So, you can expect that Vesak will be acknowledged across the globe.

South-East Asian countries such as Cambodia, Thailand and Laos, and Indian countries Sri Lanka, Nepal, Bhutan and Myanmar, will celebrate Vesak very publicly – as much of the population is Buddhist.

There are also Buddhists in Indonesia, South Korea, Taiwan, Singapore and Japan, so you can expect celebrations here, too.

What can you expect from Vesak festivities? 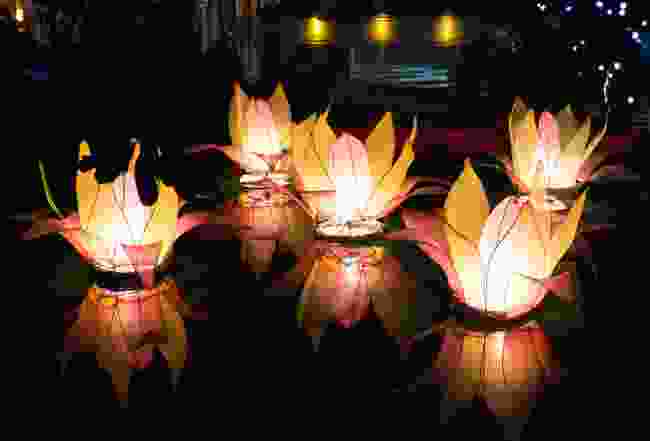 Lanterns floating in commemoration of Buddha, on Vesak Day (Shutterstock)

Each country does things a bit differently. Above all, Vesak is a celebratory day that should be marked with kindness, so no matter the country you’re in, you can expect to feel and spread the love.

Often, temples will be adorned with flags and flowers, and visitors will lay floral gifts, as well as incense and lit candles, by the feet of prominent statues.

This positivity continues beyond the temple, where hymns and chants will be sung in an important ceremony before dawn, and into the streets.

People often do good deeds or kindnesses for strangers on Vesak. Buddhists believe that the positivity from these deeds is multiplied.

There will also be processions and parades: illuminated statues, candles lit, and the two-hour ‘three step, one bow’ ritual. During the procession, participants will take steps on their knees, bowing in prayer after every few movements.

You may also see dances, performances and meditation sessions.

Often, in the evening, locals may gather to release lanterns high into the sky. Each lantern represents an offering in memory of Buddha’s life.

What should travellers know about Vesak? 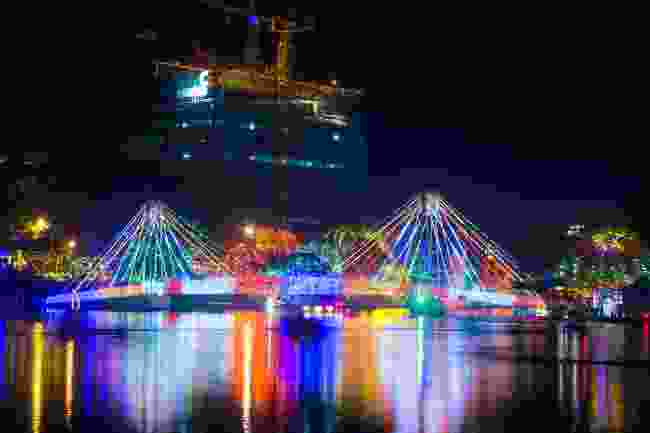 It’s important to be respectful of any religious ceremonies or festivities taking place, though that doesn’t mean you can’t appreciate them. Often, people will be warm and welcoming, and you will be welcome to participate.

Keep in mind that this is a holy day of commemoration for Buddhists; it's not for travellers.

Remember each country does things differently. For example, Singaporean Buddhists take part in a unique ceremony where a Buddha statue is bathed in water, as a tribute.

Due to the volume of people in the streets, you can expect traffic to be busy on Vesak Day and around the celebrations. So, factor this in to your travel plans, and make sure you have a planned route back to your accommodation.

Experiencing Vesak – where should travellers go? 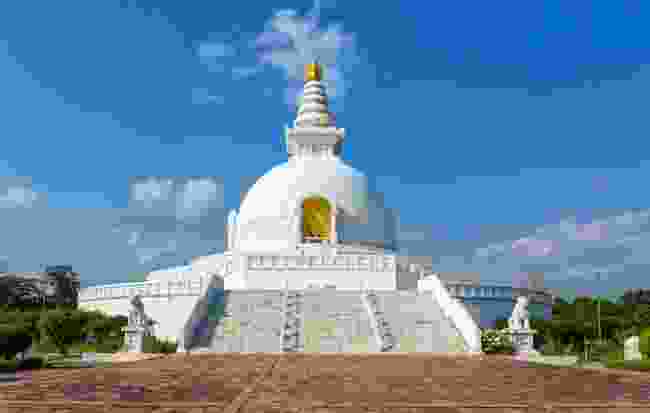 For some countries, Vesak may be purely religious. However, it’s well known that Sri Lanka, for example, treats Vesak as part-religion, part-culture.

One day is often reserved for prayer and holy celebration. The rest of the week is more for ‘fun’ and the social side of the things. The capital Colombo is the epicentre of this activity, an ideal place for visitors around this time. (Do consult the FCO’s travel advice before visiting.)

Indonesia is also an interesting place to spend Vesak. It’s home to the world’s oldest Buddhist temple, Borobudur, which is the main site for the activity.

Not only do visitors wish to celebrate here, but Buddhists the world over travel to Borobudur for meditations. In the evening, once the religious ceremonies have drawn to a close, you’ll see thousands of lampions soaring into the sky.

Many also travel to the pilgrimage site of Lumbini, Nepal, to celebrate Vesak at the Buddha’s birthplace. It’s widely celebrated all over Nepal as a public holiday, Buddha Jayanti.

Of course, we could list a million reasons why you should visit each Vesak-celebrating country. There’s much to see, do and discover in each of them. Wherever you go, go with kindness, and enjoy soaking up the incredible atmosphere.

More on Buddhism around the world:

10 incredible giant Buddhas you can visit

The 7 wonders of the Buddhist world