9 of the world's most unusual trees. How many have you seen?

Author and Woodland Trust trustee Jonathan Drori reveals the most unusual, iconic and intriguing trees on the planet, and where you can see them for yourself... 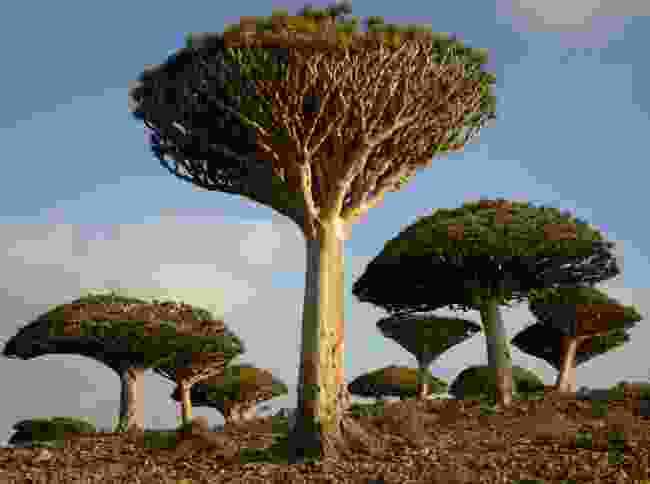 Dragon blood trees on the island of Socotra, Yemen (Shutterstock)

Getting to the arid island of Socotra off the coast of Yemen is a bit of a schlep, but if you’re a tree aficionado it’ll be worth the effort.

Socotra is home to the eerie, prehistoric-looking dragon blood trees, sometimes simply named 'Socotra dragon trees'. Their upturned umbrella design ensures that every drop of water from dew or rare rain trickles down to the central trunk and eventually to the roots.

The tree takes its name from the disturbingly blood-red resin that exudes from the bark if it is cut or damaged – it’s a defence against pests and disease and was regarded in 17th century Europe as a magical cure-all. More recently, the resin has been used in breath fresheners and love potions. 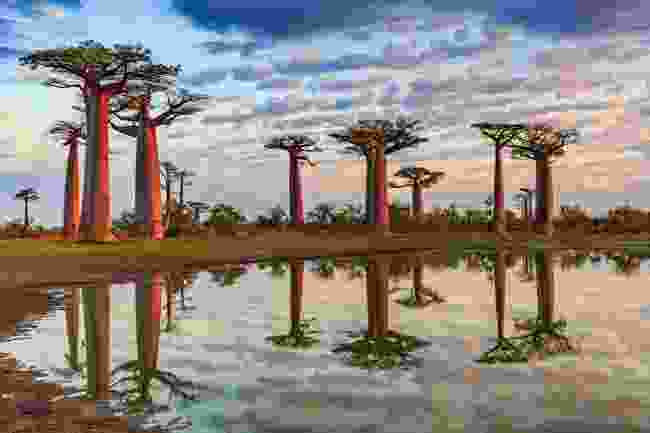 Avenue of the Baobabs, Madagascar (Shutterstock)

The baobabs of central southern Africa are among the blobbiest trees around – so much so, in fact, that they look like they’ve been flung into the Earth upside down, their branches somehow too spindly for their huge girth.

Their trunks are like sponges, able to expand as they take up water in the rainy season, which attracts elephants. These great creatures are known to rip parts of the tree off in order to get a drink.

Baobabs are widely distributed across southern Africa, particularly in Zimbabwe and around Limpopo in South Africa. Madagascar is another baobab hot spot, particularly around Morondava with its famous Avenue of Baobabs.

If you get a chance, visit a baobab at night. Their flowers bloom then with the scent of slightly sour milk, which causes huge excitement among bats and bush babies, who come to drink the copious nectar and at the same time, spread the baobab’s pollen far and wide. 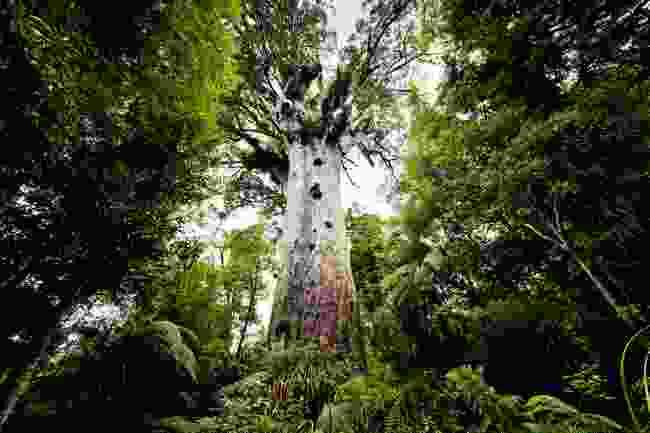 The towering kauris of the north island of New Zealand can grow to 150ft (45m) tall. They stand like ancient columns in the forest, their colossal mottled-grey trunks uninterrupted by branches until they’re well clear of the understory.

Resin from the trees, which occasionally drops off in lumps, accreted for thousands of years - that is, until entrepreneurs discovered in the late 19th century that it was the perfect ingredient for outdoor varnish.

In scenes reminiscent of the California Gold Rush, the 1890s saw a resin rush. 10,000 diggers from all over the Empire arrived with metal rods, which were then driven into the ground and twanged – the timbre indicating whether or not the prospector had struck resin.

The New Zealand government were sensible enough to tax the exports and pay for a whole lot of infrastructure. The fallen resin has all been collected now, but the trees that remain are utterly magnificent. 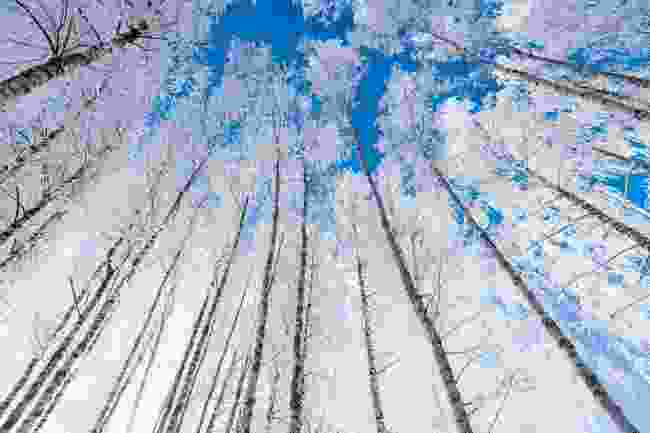 In the snow, the improbably-white bark of Scandinavia and north-eastern Europe's birch trees is truly mesmerising. Strangely enough, the bark has evolved that way to reflect light – even trees can have too much of a good thing.

Like other trees, the birch lives with a fungal partner, whose microscopic filaments plug into the roots and fan out under the forest, hoovering up nutrients that tree roots can’t quite reach. In return, the tree keeps the fungus happy with sugars.

Every now and then, the fruiting bodies of the fungus poke up above ground – those are the mushrooms and toadstools that we see. The birch’s life partner is the hallucinogenic (and dangerous) fly agaric toadstool, which you'll probably recognise as the scarlet-topped, white-sprinkled mushroom from every fairy tale ever. 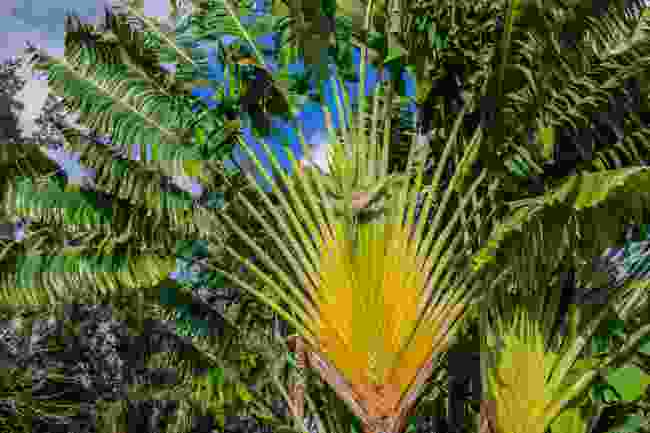 Madagascar is a naturalist’s dream, because it hived off from the rest of Africa about 90 million years ago, long enough for its plants and animals to have evolved in their own, unique way.

The traveller’s tree gets its name from its breathtaking (and almost ridiculous) fan of leaves, which is reputed to orientate itself so consistently that it can be used as a compass.

An outgrown relative of the Bird of Paradise flower, the traveller’s tree has large, bright turquoise blue seeds – a rare feature in plants. The reason why? It co-evolved with the ruffed lemur, which only has blue and green receptors in its eyes. Any red or yellow seeds - the standard - would have been lost on them. The lemurs swallow the seeds and distribute them in the forest, together with a little pile of fertiliser. 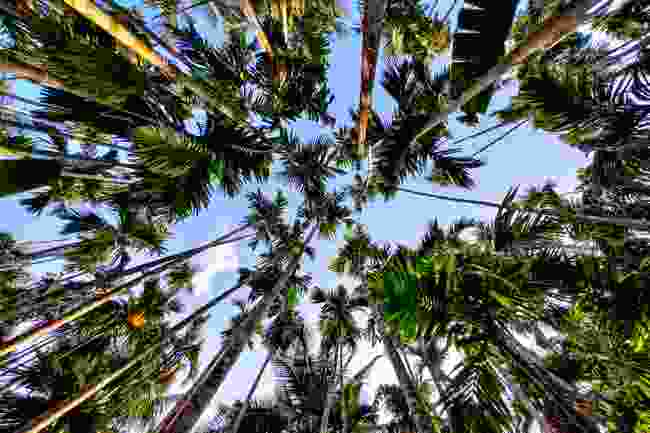 A stand of Areca palms in India (Shutterstock)

In India, you’re never far from a paan wallah: the vendor of little envelopes of betel vine leaves containing areca nut, slaked lime (the chemical, not the fruit) and a bespoke mixture of fragrant spices and potions.

Paan is typically used as a social lubricant or chewed as an after-dinner mouth cleanser. It turns alarmingly vermillion in the mouth and slowly blackens the teeth – which in Thailand used to be thought of as charming and beautiful.

The main active ingredient comes from the large seeds deep within the orange fruit of the areca palm: a delightfully tall and slender tree species, with a disc-like trunk made up of dark and light horizontal bands. 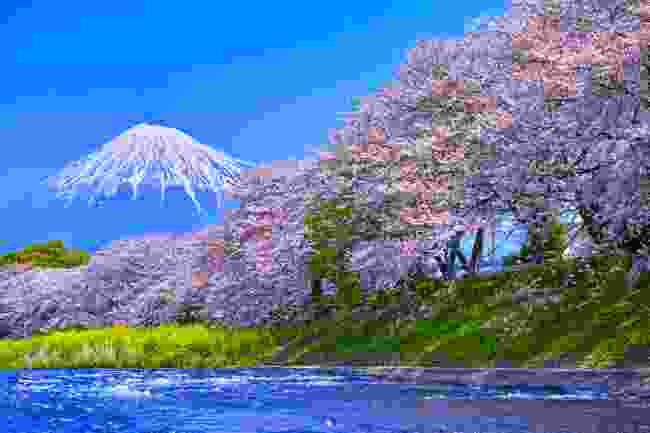 Japan’s cherry blossom season - or hanami time - is one of the world’s great natural spectacles. Partly, this is because the blooms are so beautiful, and because the flowers appear well before the foliage.

The pinkish-white blossom is perfect, yet it is transient and therefore carries a wistfulness for which the Japanese have a special term, 'mono no aware'.

The trees are regarded almost reverentially and for the foreign visitor, hanami is an opportunity to affectionately observe the social etiquette of parties and work-outings that take place under the trees.

Once you start looking, the cherry blossom symbol is everywhere – on company logos, clothing, porcelain and inevitably, tattoos. 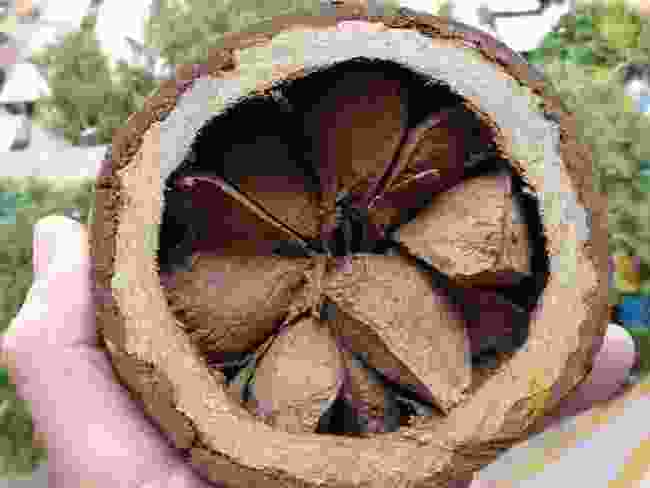 The nuts (pedantically, seeds) are arranged like orange segments within an outer casing the size of a cricket ball, and tough enough to withstand hitting the ground at 60mph. Unless they’re found by humans first, agoutis (hefty local rodents) can gnaw through the casing and disperse the seeds.

Curiously, brazil nut trees concentrate various natural soil chemicals in the nuts, including some radioactive elements. This was only discovered when a nuclear worker who was checked frequently for radioactivity, was found to be slightly radioactive - not from the nuclear plant, but from the bags of nuts he enjoyed daily! 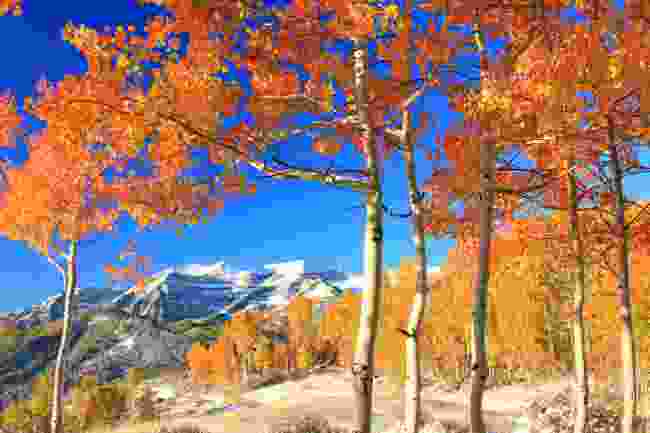 An aspen glade in the Utah mountains (Shutterstock)

When the aspen trees of Colorado and Utah prepare for autumn, their leaves turn a dazzling golden yellow. but seen against the clarity of crisp blue mountain skies, their characteristically fluttering leaves shimmer with impossible intensity.

Aspens have developed a novel way to colonise and out-compete other species after fire has swept through. They don’t mess around making seeds and hoping something will disperse them, but instead rapidly clone themselves from shoots that appear from underground stems and roots.

That means that every aspen in a clump (the technical term for a group of trees) is an identical twin, united by one root system. The largest known clump, the Pando Grove of Utah - which covers more than a hundred acres - may well be the largest single living organism in the world. 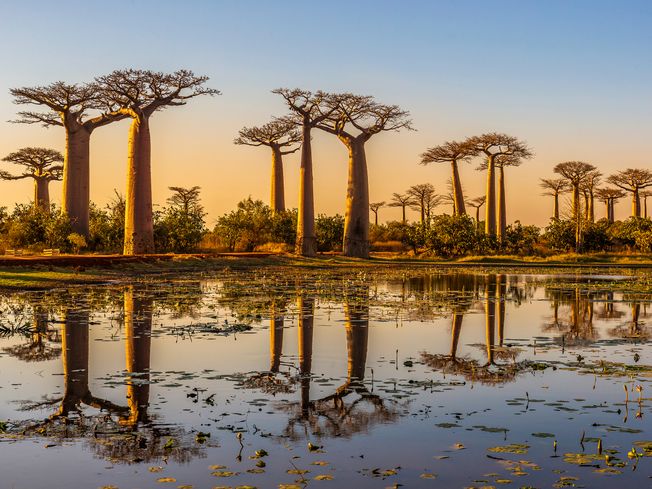 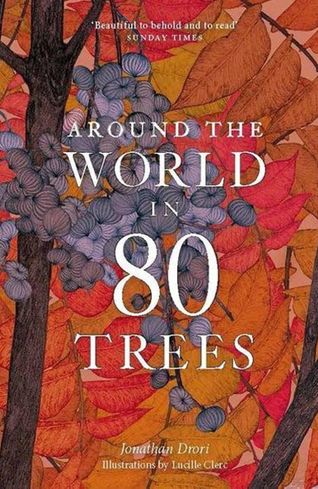 Professor Jonathan Drori is a trustee of the Woodland Trust and the author of Around the World in 80 Trees.

Beautifully illustrated by Lucille Clerc, the book examines the ways in which plant science and human history and culture are intertwined.

You can order your copy from all good books stores, including Amazon, now.

The world's most famous trees

Great Britain's greatest trees & the incredible stories behind them

The world's most amazing forests