7 of the world’s most unforgettable wildlife experiences

From walking with polar bears to swimming with humpbacks, these wonderful wildlife experiences, as picked by travel bloggers, including Johnny Jet and The Planet D, will stay with you forever... 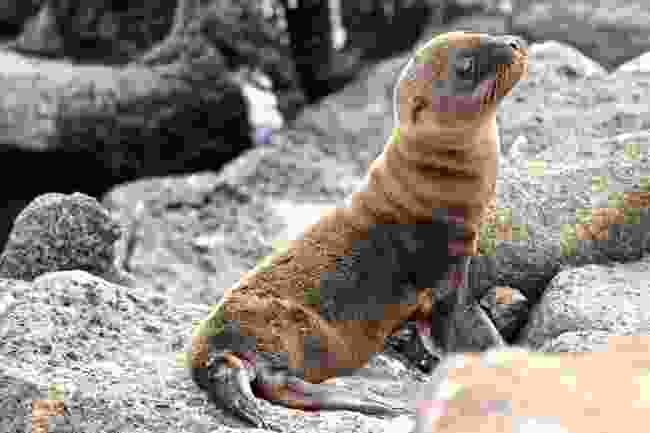 There are many opportunities for snorkelling and discovering the rich underwater world surrounding the Galapagos islands, where manta rays, tropical fish, playful sea lions and even a few sharks awaited us.

Our standout highlights from the Galapagos was snorkelling with the playful sea lion pups off the coast of Española Island. Their curious and playful nature will completely charm you. They love to pose, and they’re totally unafraid, noisy and highly entertaining.

2: Hanging out with orang-utans, Borneo 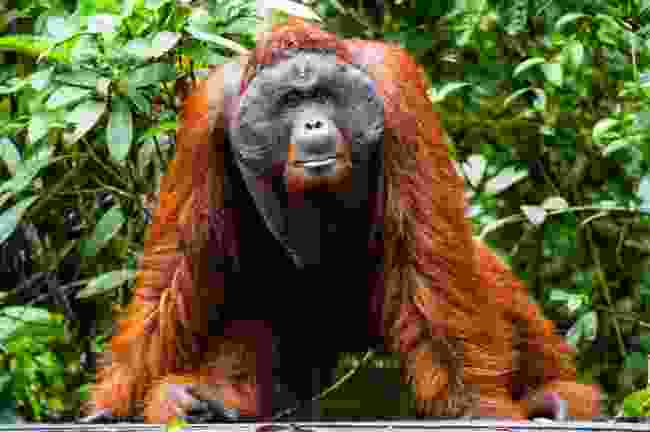 One of only two places in the world where orang-utans can be found in the wild, Borneo offers an intimate and increasingly rare encounter with the great ape, whose name means ‘man of the forest’ in the native Malay.

Across Borneo, swathes of virgin forest and national parks support conservation efforts to protect the species for future generations. Although it may take a few days and requires trekking a few miles, it’s magical to observe orang-utans enjoying the freedom of the jungle.

Elsewhere, rehabilitation centres and sanctuaries, such as those in Tanjung Puting National Park, offer daily feeding sessions, which significantly increase chances of a sighting.

3: Ballooning over the Serengeti, Tanzania 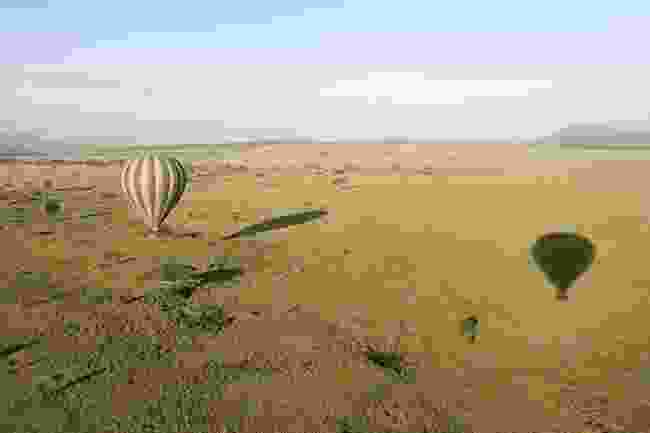 Without a doubt the best wildlife experience I’ve ever had was a hot air balloon safari over the Serengeti in Tanzania. Actually, I’ve done it in both South Africa and Tanzania, and it’s amazing, even though I’m afraid of heights.

I asked the pilot how high the balloon would climb and he said anywhere between a metre to a kilometre, depending on the winds. What I like about balloon safaris is that they typically don’t go too high, usually just above the treetops, so you can view the animals down below.

You have to get up early to be there for sunrise but it’s well worth it, as you will see so many animals in their natural habitat. Within the first five minutes, we saw elephants, zebras, hippos, impalas, hyenas and two lionesses with a fresh kill. Being up in the chilly African air, seeing the sun rise and watching the animals below was surreal, an experience I will never forget. 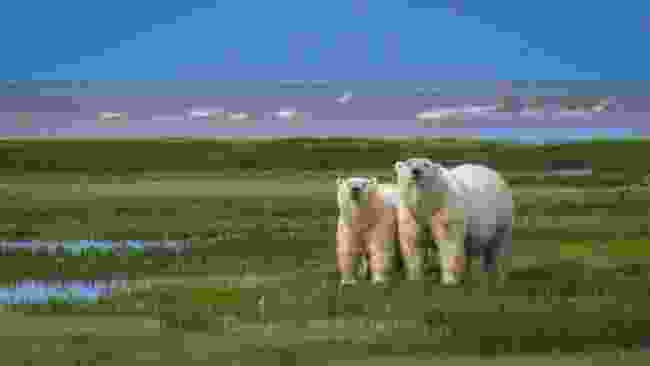 The greatest wildlife experience we’ve ever had was walking with polar bears in Manitoba, Canada. We’ve always wanted to see polar bears in the winter but little did we know we could actually walk with these Arctic giants in the summer.

We stayed in a remote lodge on the Hudson Bay. Days are spent sitting atop a sturdy tundra vehicle, known as a rhino, searching for polar bears. When a bear is located in the distance, we set off for a better look.

Once our guides felt we were close enough and that it is safe enough to approach the bears, we set off in single file on foot, moving slowly towards the beautiful beast.

It’s prime viewing season during the warm summer months, as mothers den in the area with their cubs. We came within 50 metres of the bears and they decided if they would allow us to stick around or if they wanted to wander off to quieter pastures. For the most part, they weren’t bothered by our presence and were as curious about us as we were of them.

We watched for hours as they swam in the icy waters, slept on the sandy shores or simply relaxed in the warming sun. They let us into their lives for a brief moment and we came away knowing we had witnessed something truly extraordinary.

5: Getting close (but not too close) to Komodo dragons on Rinca, Indonesia

Claudia Tavani (My Adventures Across The World) 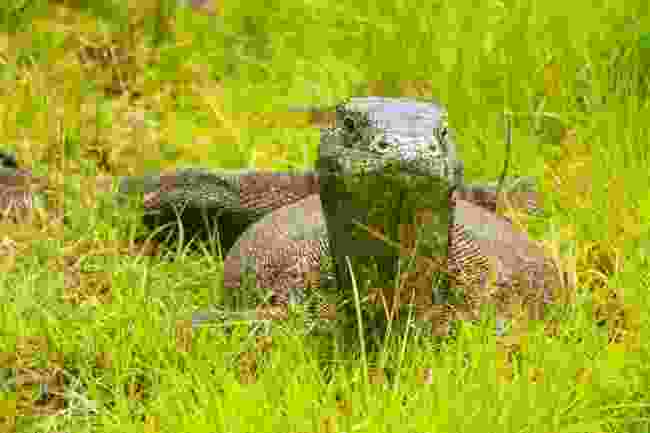 One of the most incredible wildlife experiences in the world is seeing the Komodo dragons on Indonesia’s Rinca island. These creatures look like giant lizards, and can grow to up to three metres in length and 170 kg in weight. They feed on insects, as well as buffaloes, goats, monkeys and boars that live on the island.

Seeing them up-close is quite an experience, as they hardly look like they may attack humans. However, it is a fact that they can move very fast if they want to, and that their saliva is packed with bacteria that can actually kill whichever pray they bite.

As a result, Rinca can only be visited on guided tours, with guides that carry a wooden forked pole to keep the dragons at bay, should they attack, and who make sure that visitors stay on the trails and don't get too close and friendly with the dragons. 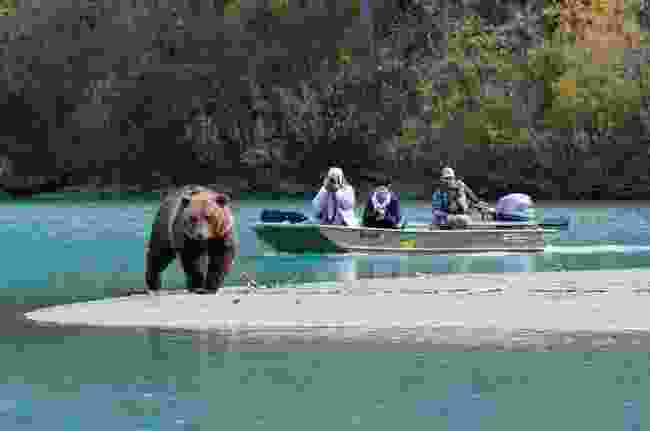 You know the iconic image of bears fishing salmon right from a creek? That really happens in Alaska. Alaska contains more than 96 per cent of the US population of brown bears.

There are plenty of places to capture the scene, including Crescent Lake at Lake Clark National Park. During salmon season, the shore of the lake provides phenomenal bear viewing opportunities. The viewing is done from a boat, allowing visitors to cover a wide area and view numerous bears throughout a single day.

We got to see cubs, bears swimming, playing, and even fishing. The bright red colour of salmon in the hands of a brown bear is really something to see. 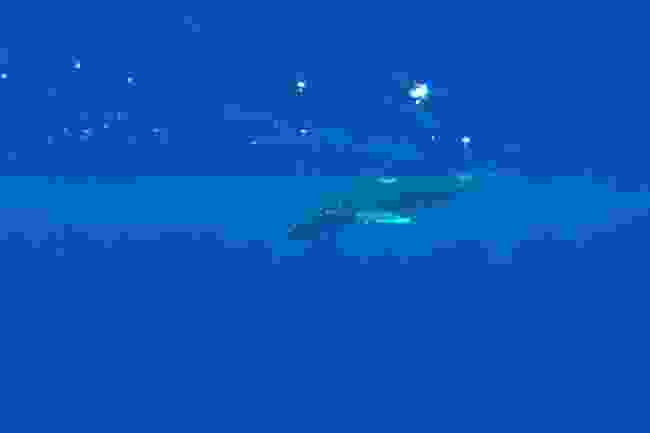 Our greatest wildlife experience was snorkeling with humpback whales in Tonga. Every year, whales migrate from the Antarctic to breed in the warm waters surrounding Tonga. July to October offers a rare chance to swim among these giants of the sea.

We ventured out on the very last day of the season and were lucky enough to swim with a mother and her calf, always at a distance, as decreed by law.

Watching these majestic creatures swim, play and dive in the warm Pacific Ocean is surely one of the world’s greatest wildlife experiences.