Stare into the eyes – and mouth – of the world's biggest fish for an unforgettable under-water experience...

When the skipper yelled: “It’s coming! Jump in!” we jumped. At first, nothing was visible. But as the bubbles cleared and I peered into the deep blue, the butterflies in my stomach turned into eagles. A giant shape, maybe 7m long and propelled by gentle sweeps of its huge tail, was heading straight towards me. It was the world’s biggest fish – a whale shark.

Fear fled, replaced by a sense of wonder as the huge yet harmless creature swam into the middle of our group and played around us. For the next two hours it was as if we had adopted a puppy the size of a truck. As I floated on the surface, the whale shark brought its mouth about 30cm from my face and opened wide.

It looked as if it had been caught in a horizontal vice, its mouth stretched more than a metre across with an eye at either end. When he opened this expansive maw I was left staring down a vast well of flesh, pulsating as his gills fibrillated. There was a fish of edible size living about a metre down his throat. Now I know why I didn’t become a dentist. 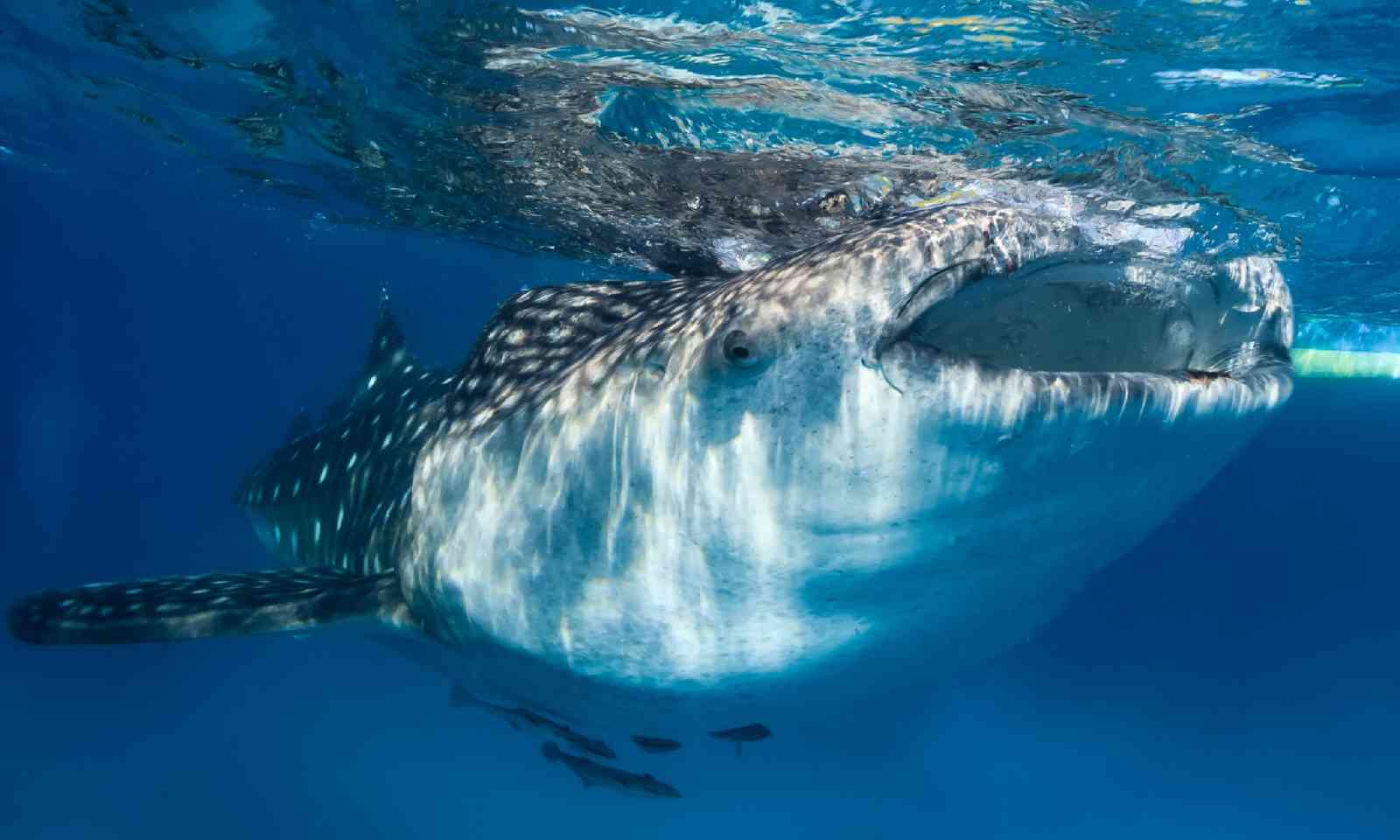 I backed away from the gaping mouth, but the shark advanced. I circled. The shark circled. The scene was starting to remind me of a school dance. Then another swimmer came close and the shark shifted his attentions to her. I swam back to the boat to change fins, but once back in the water I found the shark waiting for me. It was like having a pet submarine.


Heavyweights of the sea

That morning was remarkable, but it required no special skills. If you can tread water and snorkel you can meet whale sharks. However, unless you can swim strongly it’s likely to be a fleeting encounter.

Over the next couple of days, I realised how special our time with the friendly shark had been. I swam with five whale sharks over two days; only one stopped to say hello. Another swam slowly so we could easily keep up and circle her at will; the other three set a pace that soon left us exhausted. 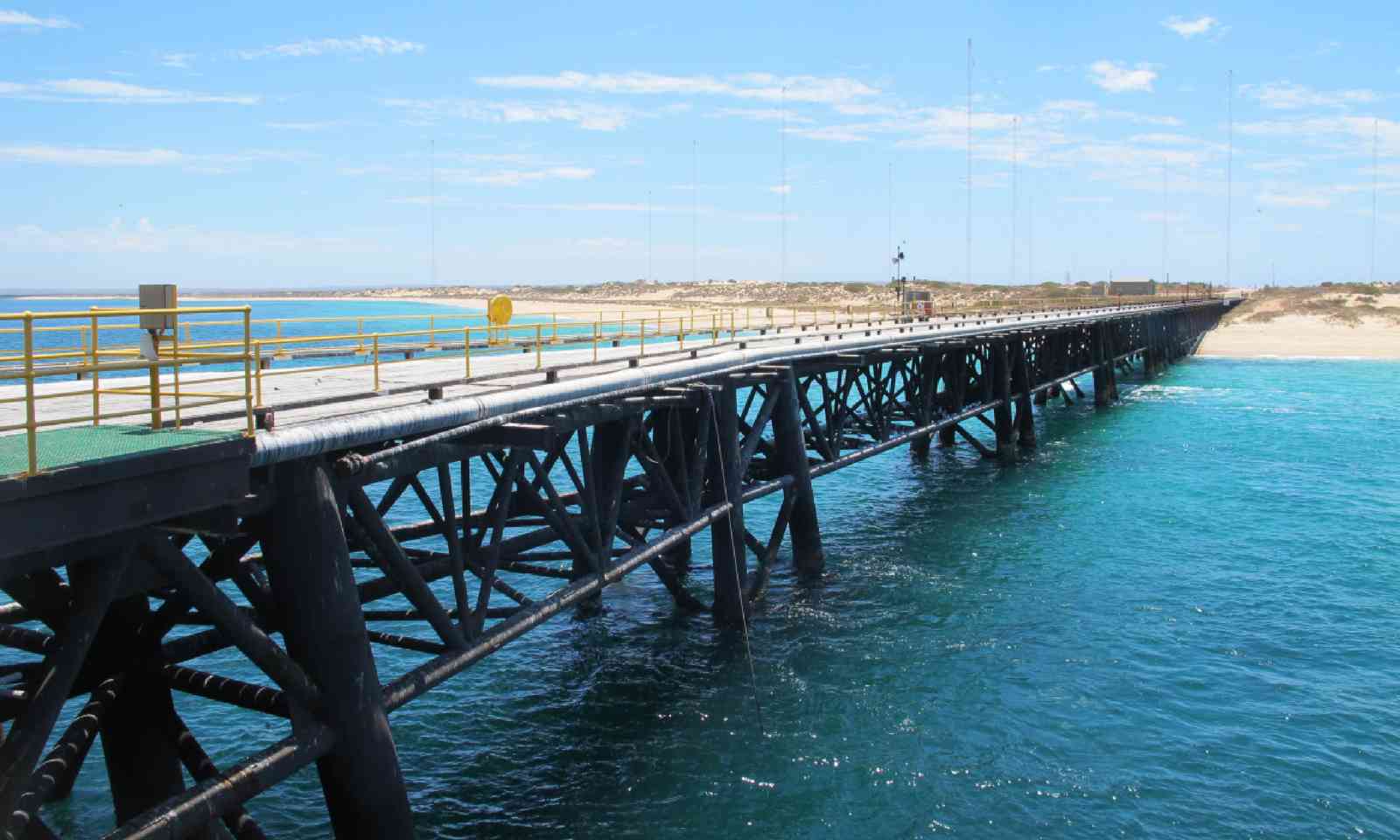 From about March to May each year more than 100 whale sharks – up to 40 tonnes and 15m long – turn up along the Western Australian coast near Exmouth. Created in 1967 as the support town for a US Naval communication base, most of the Americans left Exmouth years ago; now the surrounding ocean has brought in tourists keen to experience the delights of Ningaloo Reef.

The reef is teeming with marine heavyweights and huge schools of baitfish; a parade of humpback whales passes from July to September and nesting turtles come here from November to February.

But when I think of Exmouth, I see that big, toothless mouth. And I think of an inattentive Japanese girl being swept aside by the whale shark’s tail like a pawn off a chessboard. She later said the contact didn’t hurt, but felt like a giant hand pushing her aside. 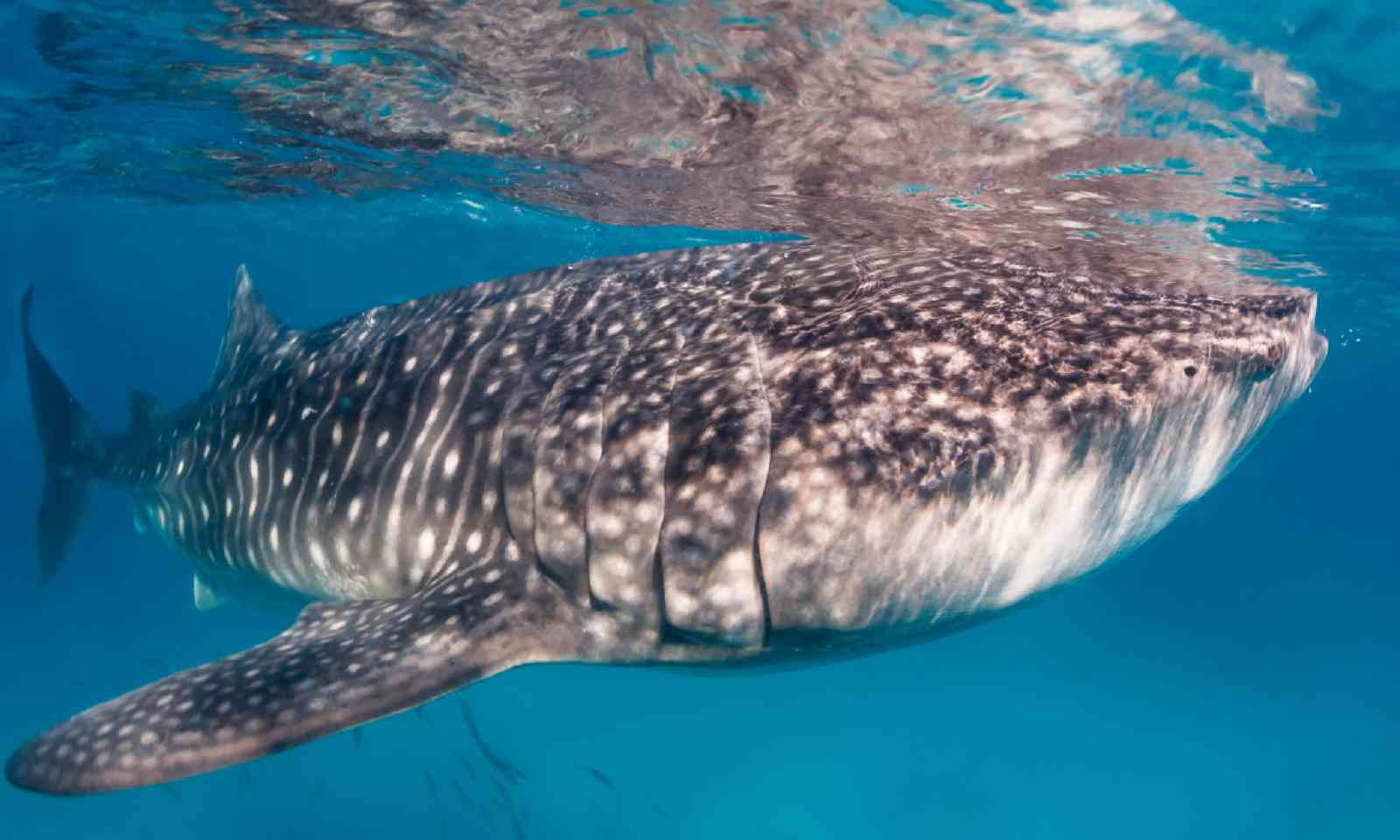 A decade ago, only a handful of people had ever swum with whale sharks. Some nations are hunting them and some operators say they are seeing fewer each year. But anyone who encounters the world’s biggest fish will never forget the experience.

When to go Early April until the end of June (exact season varies depending on the spawning of the coral).

Shore leave Nearby Cape Range National Park offers some great red-rock gorges and plenty of kangaroos and emus. A bird hide there may reveal a Brahminy kite or osprey.

Getting there Utilising a spotter plane, Exmouth Diving Centre pioneered swimming with whale sharks in a less-intrusive way. Enquire about their day tours.