Author Chris Sidwells reveals the best ‘natural’ routes in the UK to get off the beaten track and cycle into the wild, untouched heart of the country 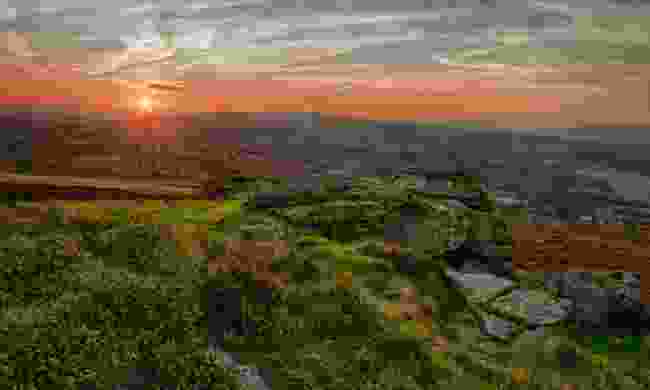 The ride starts and finishes in Meldon Reservoir car park, just above Okehampton. You use the Granite Way cycle trail to go east, then climb to one of the high points of the moor, and cross it using bridleways and stone roads near Okehampton Camp.

This ride even includes a wild swimming opportunity in a deep natural pool near Cullever Steps, an ancient crossing of the East Okement River. From there you descend to Belstone, then follow some back lanes into Okehampton, climb past its castle going west to start the long off-road slog up to Meldon Reservoir.

2: An Encounter with Offa, Wales 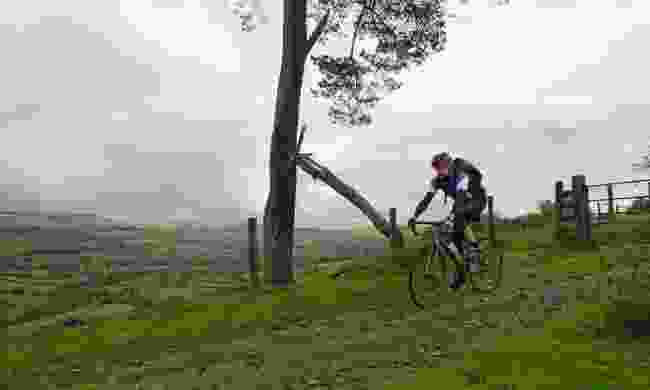 An encounter with Offa (Chris Sidwells)

Mid Wales is an excellent place for wild cycling, with a network of interesting trails and tiny lanes far away from any tourist traps. My favourite is one I call ‘An Encounter with Offa’ that explores the border lands between England and Wales.

The ride starts in Knighton and links two trails, Glyndwr’s Way and the Jack Mytton Way, with some delightful lanes and quiet bridleways, before returning to Knighton, a once Welsh now English town that makes an excellent base for exploring the area.

Both trails are well signposted, and their linking section crosses two sections of high open ground split by the deep and wooded Teme Valley. The last part follows Offa’s Dyke, an eighth-century fortification built between the Kingdoms of Mercia and Powys long before there was an England and Wales. The top of Offa’s Dyke is a footpath, so no bikes, but bridleways and lanes run parallel to much of its length. 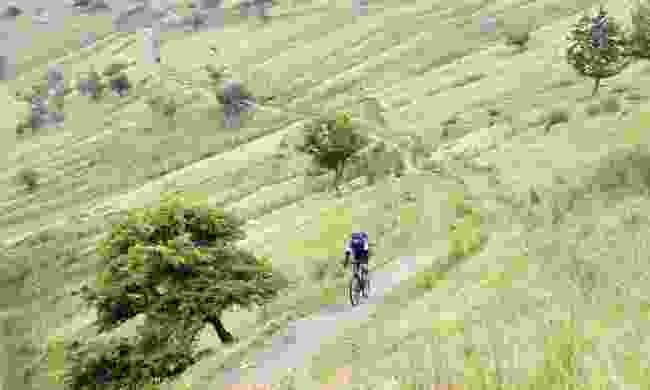 The Kinder Trespass is a route that celebrates the heroes who opened up wild country for us all. Led by Benny Rothman, this group of hikers walked up Kinder Scout in 1923, as wild a place as you’ll find in England, against the wishes of local landowners. Some walkers were arrested and imprisoned, but their actions led to the 1949 National Parks Act, which gave ordinary people access to open countryside.

The Trespassers started out from Hayfield in north-west Derbyshire, and so does my ride. It’s not possible to cycle the exact Trespass route, but some of it can be shadowed using a bridleway running below the Kinder plateau, which links with an ancient road, now a bridleway, between Edale and Manchester.

The ride follows that bridleway west, descending Oaken Clough then climbing onto high moorland south of Hayfield. It then goes north and down to Birch Vale to join the Sett Valley trail back to Hayfield. It’s a tough ride and one for experienced off-roaders. 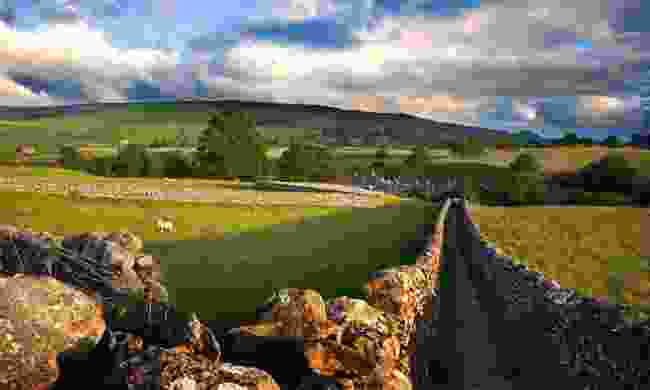 John Rawnsley invented the annual Three Peaks cyclo-cross race, which climbs the three most famous mountains in Yorkshire; Ingleborough, Whernside and Pen-y Ghent. As bike races go, it’s as wild as it gets in the Britain. It was John who first showed me this ride in the Yorkshire Dales so I named it after him.

The ride starts in Hubberholme and climbs west up Langstrothdale, where the River Wharfe is born, to Birkwith Moor. From there you turn right and walk 500 metres on a footpath to join the old Cam Fell road. Go right on that road and head north, past a deep fissure called Ling Gill, to the top of Cam Fell.

You do another right there and head north-east to join an old Roman road that leads almost to the summit of Fleet Moss. Go right at the next crossroads and descend Fleet Moss on a lane that is really steep in places, and requires respect. Go left at the bottom and return to Hubberholme, where the writer J.B. Priestly is buried. 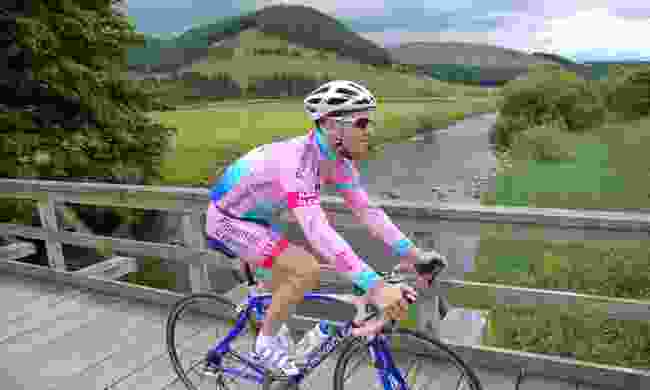 On the Jubilees Road (Chris Sidwells

Fruid and Talla are two reservoirs in the Upper Tweed Valley, not all that far from Edinburgh. But more than that, they are two of the most tranquil places you will ever find. The ride follows the Jubilee Road that explores the six hills separating Fruid and Talla.

Once back at the A701 Tweed Valley road, where the ride start, cross the Talla dam and head south-east up the valley. There’s a steep climb at the end, but it’s worth struggling to the top to see the view over Talla. It’s incredible.

You can explore some up there, or return to the main road. Peebles is about ten miles to the north, with its Glentress Forest mountain bike centre, part of Scotland’s incredible 7 Stanes project. 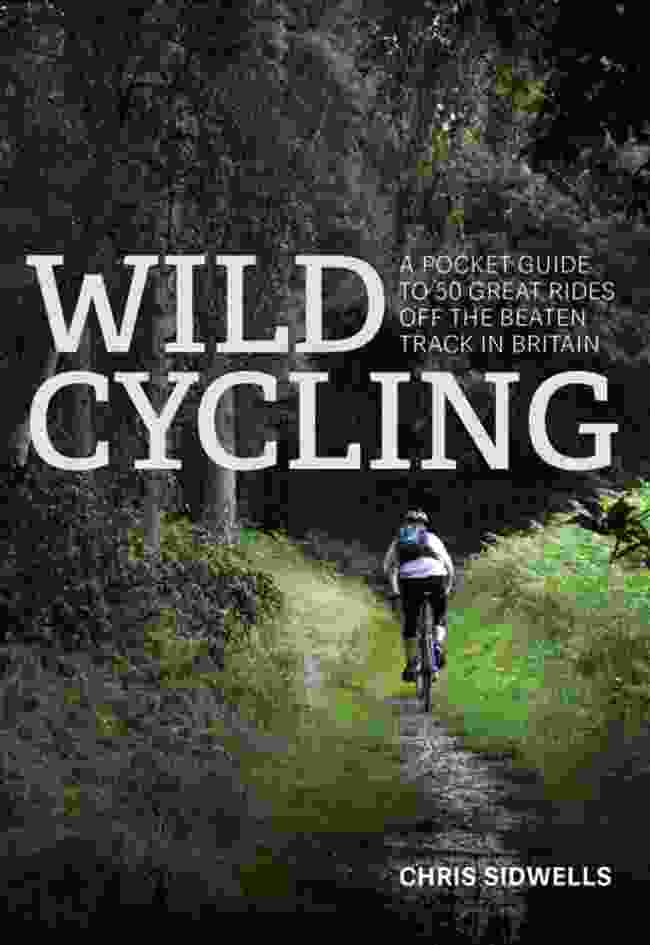 Chris Sidwells’ book, Wild Cycling, is a pocket guide to 50 great rides off the beaten track in Britain. You can order your copy on Amazon now.