10 extraordinary volcanoes to visit in the UK (when you can)

Volcanoes in the UK? Yes, it's true. They may no longer be active, but the landscapes they once sculpted are still a sight to behold. You might even find that you've already visited one or two... 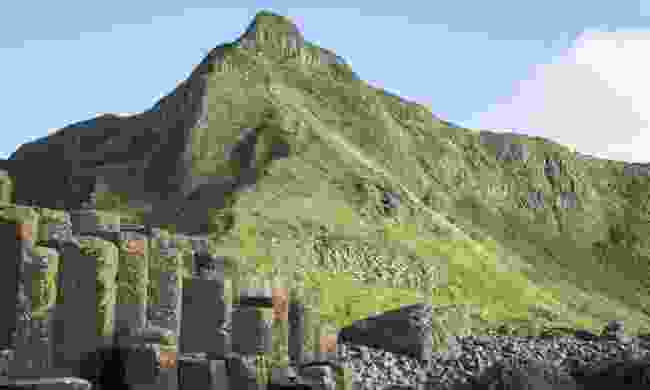 Volcanic activity here 60 million years ago led to the creation of the Giant's Causeway – 40,000 basalt columns stretching into the sea, some 40ft high. Locals will tell you they are the creation of the mighty giant Finn McCool, who built the causeway for his love. Geologists will tell you they were formed by lava pushing up through fissures in the ground. Whichever story you believe, Giant's Causeway is stunning.

The coast is great for birdwatching and hiking: try the Runkerry trail for a spectacular two-mile walk. Four trails have been marked out along the coast, whether for an easy stroll or a more challenging yomp. The coastal path itself stretches for 12 miles from the Causeway to the Carrick-a-Rede Rope Bridge (not for the faint hearted). 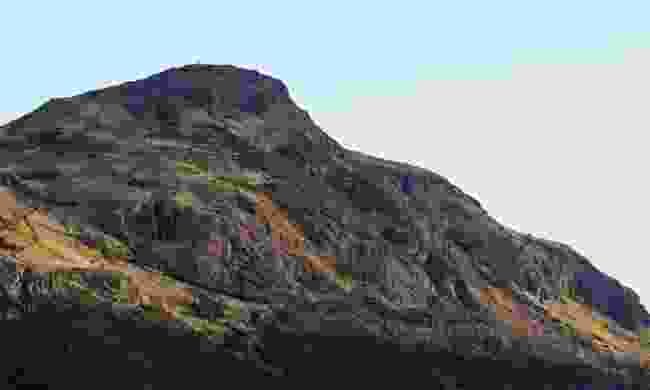 In the centre of Edinburgh sits the city's highest peak: Arthur's Seat. A long extinct volcano thought to have first erupted 350 million years ago, it offers the best panoramic view over the city. The walking trails, especially to the summit, can get busy during the day. To beat the crowds, aim to climb it either early morning or late afternoon (or even at dawn to see the sun rise over Scotland's capital).

There are several walking paths. The easiest approach is from above Dunsapie Loch. It's well-marked, although it can be steep and rocky in places. The mountain's other peaks – Whinny Hill, Crow Hill and Nether Hill – tend to be much quieter and are all relatively easy to climb. It is a great addition to your itinerary if you're visiting the city. 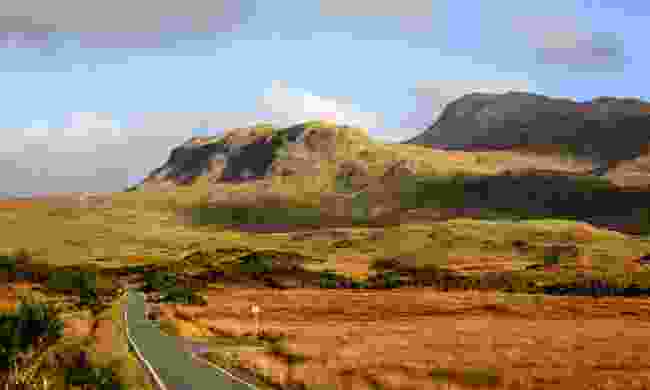 The wild west coast of Scotland offers an unspoilt, undisturbed peninsula. The north-western corner of Ardnamurchan contains an underground volcanic complex that is 55 million years old. One of its only access points is a single track road – perfect for cyclists and walkers seeking some solace.

There are hundreds of local, historical and guided walks around the region. The geo-trail along the peninsula is the best, where you can see the rocky cliffs formed by the area's first volcanic eruption. Mingary Castle sits atop two sheets of cooled, harden molten rock, while the abandoned village of Glendrian is situated within the volcanic amphitheatre, or 'ring-dykes'. The coast is also a home to many rare species such as wildcats, pine martens and golden and white-tailed eagles. 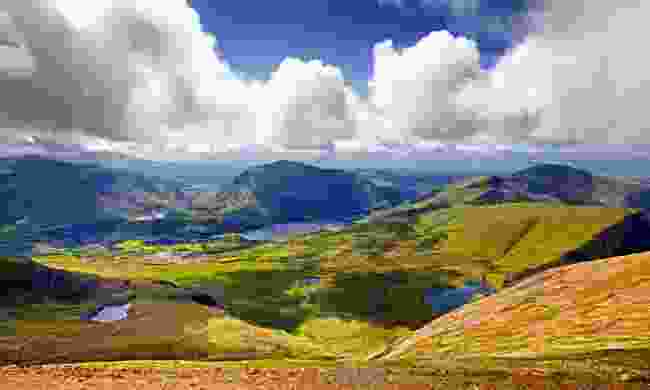 Mount Snowdon was formed by volcanoes around 444-488 million years ago. It's a spectacular spot, but often busy, so pick your moment if you're not keen on crowds. The lower mountains are just as beautiful and less crowded; the best are generally considered to be Y Garn, Moelwyn Mawr and Pen Llithrig y Wrach.

The entire coastline is a Special Conservation Area, and many rare mammals and birds can be spotted – including ospreys, red kites, polecats and peregrines. Swallow Fells and the Gwydir Forest are also superb sites of natural beauty worth visiting. The park has 1,479 miles of public footpaths and 164 miles of public bridleways in total, making it a fantastic location merely to roam until your heart's content. 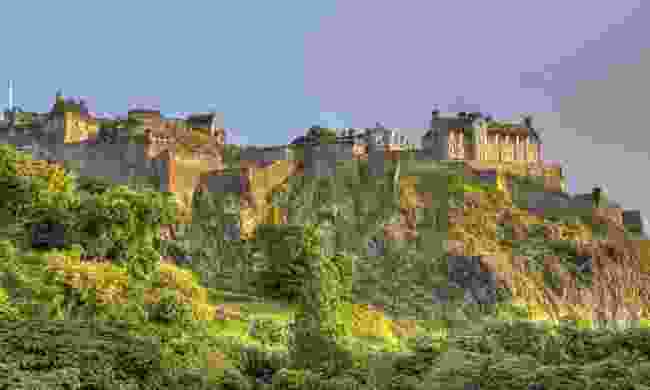 Unlike the other volcanoes on this list, Castle Rock just happens to have a castle built on top of it (hence the name). The rock is around 340 million years old, providing the land with a natural defence, and the castle itself is defended by cliffs up to 80m high. The rock and its castle are another great attraction for a visit to Edinburgh. The castle is situated in the old town section of the city, surrounded by well preserved Reformation-era architecture.

The castle has a fascinating history, having served as a prison many times over, including for both world wars. It still retains many military traditions (including the One O'Clock Gun fired every day) and events. It also houses the National War Museum of Scotland. 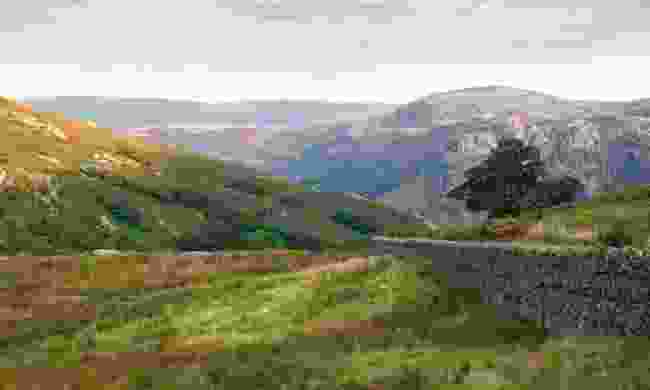 Borrowdale Volcanic Group is made up of igneous rock formations roughly 450 million years old. They are thought to be the remains of a volcanic island arc, which developed as an oceanic crust forced under by a crustal movement as two plates met, pushing them into the south-east of England.

The Lake District section of the group is largely composed of lava and volcanic rock. It extends from Wasdale and the Duddon Valley over to Haweswater. All of these areas have fantastic mountains perfect for hiking, including Helvellyn, Scafell, Scafell Pike and the Great Gable. Wasdale is also a top rock climbing spot. 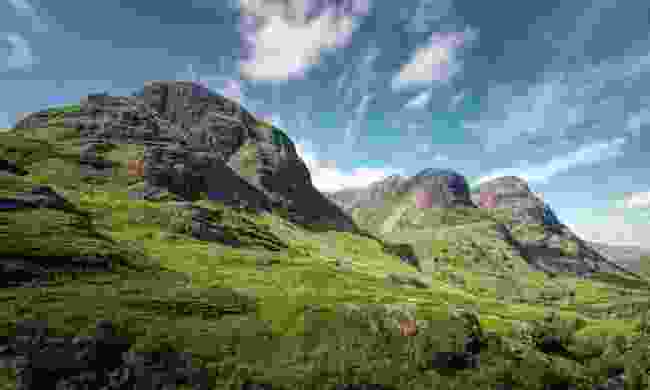 What remains of this ancient super-volcano can be experienced by skiing, climbing, snowboarding, sledging, hiking and mountain biking, depending on the time of year you choose to visit. It's a landscape sculpted by volcanic eruption and glaciation.

Most walkers take the Devil's Staircase across the hill to Kinlochleven, while the best routes for hillwalkers can be found in the mountain range of the Bidean nam Bian. Buachaille Etive Beag and Buachaille Etive Mor are also good sites, the latter of which is one of the areas' best spots for climbing. The Aonach Eagach scramble also features two of Scotland's trickiest Munro hills: Sgorr nam Fiannaidh and Meall Dearg. 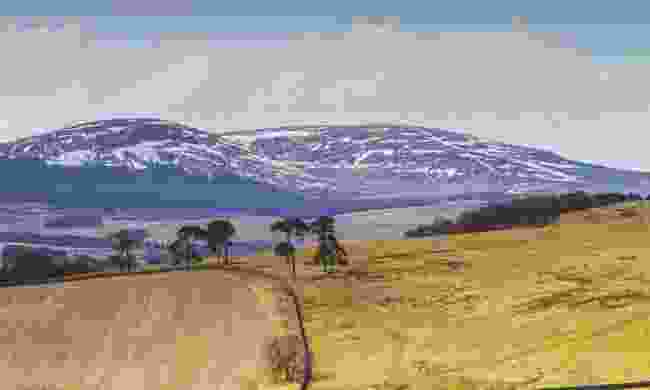 Cheviot Hills with a light dusting of snow (Dreamstime)

Running along the England-Scotland divide, the Cheviot Hills were formed by volcanic lava flows, smoothed over by ice sheets moving across the region. Most of the English side of the hills is open country, though some of it does belong to the Otterburn Army Training Estate. However, there are networks of footpaths and cycling trails to keep you on the right track.

The remote Pennine Way runs along the very fence of the country border for nearly 20 miles, and for real walking enthusiasts there's 'The Big One' – a 23-mile trail across six of the Cheviot Hills starting in Harthope Valley. Iron Age hillforts dot the secluded landscape, as do rivers home to dippers and otters, and Linhope Spout waterfall. 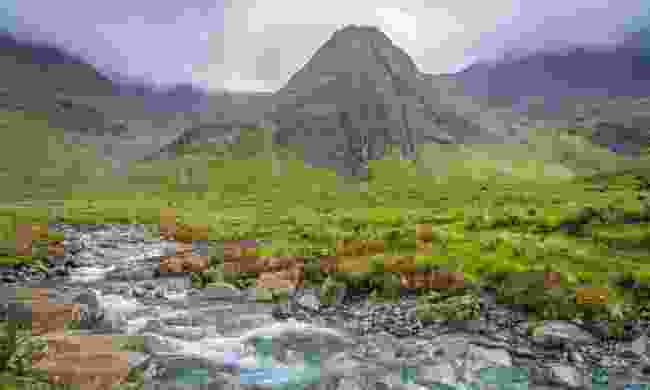 The Black Cuillin, formed from volcanic rock, are ideal for scramblers, climbers and mountaineers. They are beautiful but challenging. A full traverse of the ridge, despite only being seven miles long, is likely to take you 15-20 hours. It's not for the inexperienced, as the routes are very long and often very exposed. Hire a guide. This 572-foot peak is one of Dundee's prominent features and an attraction for locals and visitors alike. Technically the Law is a volcanic sill rather than a volcano itself, a sill being an underground sideways flow of lava forced through weaker rock. Erosion of this rock over the next 400-million years by weather and glaciers has exposed this hard volcanic rock. The volcano that actually produced this lava was near Stirling.

Featuring in 2021's BBC hit TV programme Traces, Dundee's Law has been central to Dundee's defences for thousands of year. It was used as an Iron Age hilltop fort and numerous burials dating from around 1500 BC have been found, along with Roman pottery.

The Law provides fantastic views over the city of Dundee and the river Tay, and on a clear day to Fife and the Sidlaw Hills.