There's a huge amount of misinformation handed down on the travellers' grapevine – not to mention over the internet. Dr Jane unpicks the most troubling travel health myths...

1: ‘I never get ill, so travel health insurance is a waste of money.’

Wrong. Health insurance provides a helpline number so any worrying symptoms can be discussed with a clinician. They will also have a list of local clinics where you are likely to find a doctor who can speak English.

These days, there is an ever-expanding industry of 'health tourism'. Businessmen have set up fancy hospitals to attract foreigners to come for hip replacements or cosmetic surgery, and in the event of an accident you may be taken to one of these. Often the first thing set up is a drip, so you can’t leave.

Travel insurers actually have teams of clinicians who ‘rescue’ patients from such difficulties and can arrange an air ambulance home if needed. It is also possible to arrange for screened blood.

Unwise. Ambulance services are far from universal, even in some big cities. In Kathmandu, for example, there is no equivalent to 999; you have to find the number of a reputable hospital, then phone them to find out if they have an ambulance. This isn’t the kind of research you will want to do at the roadside with a broken arm or if you are delirious with a high fever.

If in doubt, the UK Foreign and Commonwealth Office website contains a lot of good country-specific information and so does its US equivalent.

Sadly incorrect. There are plenty of insect-borne infections on offer in the tropics and subtropics, and malaria tablets only protect you from one of these.

Infections caught by travellers in very remote destinations may not even have been properly recorded by medical science, and you really don’t want to be famous for being the first known case of ‘Pukeyfeverrash Disease’ in the world. Protect yourself from bites as best you can.

4: ‘I have an European Health Insurance Card (EHIC), so I don’t need travel health insurance.’ 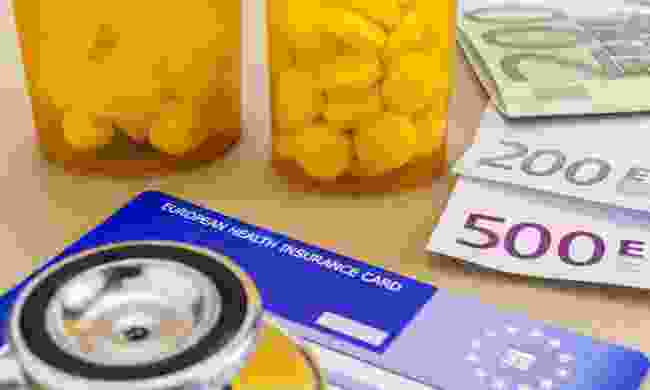 Wrong. Okay, the EHIC covers basic emergency care in signatory countries in Europe, but do you know which ones? And are you aware that you’ll normally be expected to pay up front? Then you will be able to claim some of the money back. And will this all be invalid post-Brexit anyway?

Incorrect – any mammal can carry rabies, including bats and monkeys, as the following case report proves.

A bat flew against the face of a 34-year-old medical doctor at a campsite in Tsavo West National Park, Kenya. Afterwards, she noticed two small bleeding wounds on the side of her nose. She washed the wounds using water, soap and alcohol swabs. The park wardens and the personnel at the nearby clinic told her that, locally, rabies was only carried by dogs and cats, but 23 days later her symptoms started. She died of rabies in a Dutch hospital 45 days after the initial scratch.

6: ‘If bitten I have to get rabies jabs within a day or two; maybe I’ll just wait until I get symptoms.’

Dangerously incorrect. Once the symptoms start, death is pretty much inevitable. The incubation period, though, is very variable and can be weeks or months. The closer to the brain, the less time you have. Anyone with a rabies-prone wound should go for the jabs as soon as possible but it is never too late – unless symptoms have started.

7: ‘Rabies immunisation is an unnecessary expense.’ 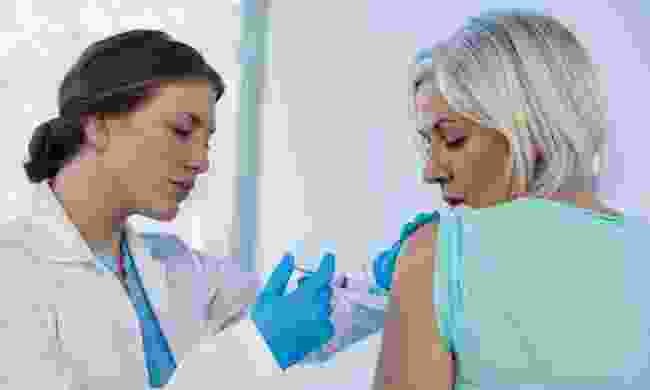 It's always worth having rabies vaccinations (Dreamstime)

I disagree, although usually you do know if you’ve been exposed to rabies, so could evacuate for treatment if you get a bite or scratch. Immunisation (after the primary course and one booster) lasts for life, however, so unless you are a once-in-a-lifetime traveller (and what Wanderlust reader is?), I reckon it is a good investment. It gives you time and peace of mind.

Not really. International hotels can feel like you’ve entered a sterile bubble, but the organisms that cause outbreaks of legionnaires’ disease, for example, can lurk in the air conditioning.

You probably also heat-acclimatise less efficiently if you hide away in rooms with the A/C on. In spacious hotels you are less likely to acquire infections spread by droplets in crowded places, but hotels are full of people so they’re hardly sterile.

9: ‘Street food is usually dangerous – food in expensive hotels is not.’

No, it’s not that easy. Whether or not you get ill after eating food prepared by others depends on how the chefs handle the food and how thoroughly it is cooked.

Big hotels often encourage guests to take food from a buffet – it is easier for them – but this may have been kept only lukewarm or prepared hours before you eat. If it’s contaminated during or soon after preparation, keeping food at blood-temperature over small heaters will allow bacteria to reproduce to a dangerous level, and the result is food poisoning. Order à la carte, shun salads and garnish, and ensure your food is piping hot. 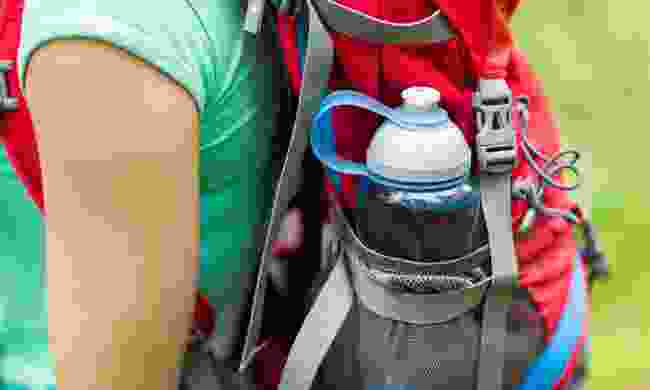 Nope. The evidence is that travellers’ diarrhoea comes most commonly from unhygienic food handling rather than the odd drop of washing-up water or gulp from a tap.

Remember the ‘peel it, boil it, cook it or forget it’ rule. But do try to travel with your own water bottle (or consider buying a LifeStraw), so you don’t contribute to the global plastic water-bottle disposal crisis.