Is it true that going on an plane will make you sick? Can you avoid mosquito bites just because you’re a man? Doctor Jane is on the case to clarify the most baffling travel health myths…

Do vitamin B capsules, yeast, or foods rich in thiamine prevent mosquito bites? 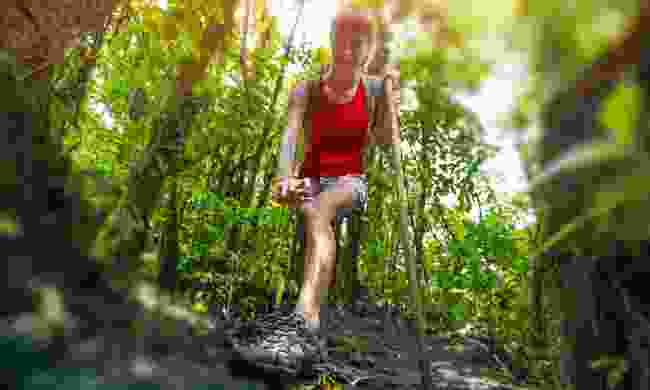 Some websites claim that eating thiamine-rich food makes you repellent to blood-feeders. It doesn’t. However, thiamine (aka vitamin B1) does reduce itching caused by bites. Thiamine protagonists advise increasing dietary intake (eg more yeast products, offal or whole grains) and taking one brewer’s yeast tablet daily while in bug-infested places.

This strategy is okay if visiting midge-heavy Scotland or Scandinavia, for example, but it is unwise if heading for the tropics or even the Americas. Why? Because if biters are annoying, you’ll take avoiding action such as moving into a screened room or applying repellent. If you don’t notice the bites, however, you are more likely to do nothing and thus increase your risk of mosquito-borne disease, and there are several on offer (including West Nile fever) in the warmer parts of the US.

Do women get bitten by mosquitoes more than men?

Sexist old-school explorers used to claim that the best way to avoid bites in the tropics was to bring along a woman. There is evidence that, given the choice, mosquitoes are attracted to female humans – especially pregnant women. Indeed, the latter are bitten twice as often as their non-pregnant peers.

Increased skin temperature, surface area, hormones, and other ‘volatile substances’ seem to attract mosquitoes. They also home in on CO2 and are likely drawn to talkative people as they emit more of this gas. Being quiet isn’t a failsafe, though: mosquitoes will make do with quiet men, cats or even geckos. It is fascinating to watch mosquitoes hunting. Somehow they are aware that keeping in the shadows is safer than being out in the open. They will even bite amid the black areas of fur on a piebald cat rather than the white fur, seemingly knowing that they are easy to see against a white background.

Do travellers always get sick soon after a plane journey? 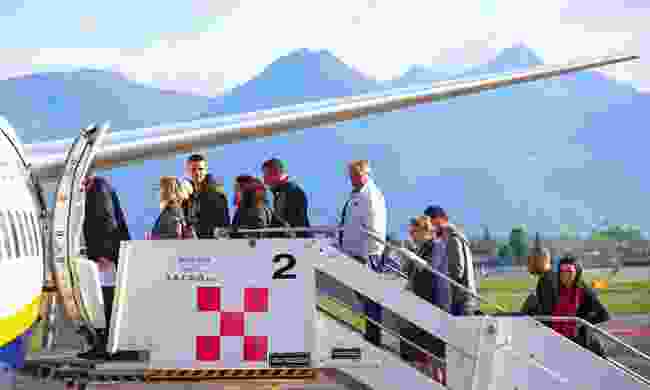 Passengers waiting to board a plane in Italy (Dreamstime)

Airlines discourage flying with active infectious disease, but checks are few – and chickenpox and colds are often caught during air travel. The challenge is that chickenpox victims are highly infectious and breathe out large numbers of virus in the 24 hours before the rash appears – when they are unaware of being ill. Similarly, people developing colds and flu excrete viruses into the cabin air without realising how infectious they are.

HEPA (high efficiency particulate air) filters on modern aircraft have the capability of removing pathogens as small as viruses, but the air circulates along rows of seats, so there isn’t complete protection.

Will a few drops of washing-up water on your plate make you desperately ill?

Lots of travellers worry about the water that gets into their mouths, but when assessing the risk, it is worth remembering that most harmful microbes need to invade the body in their thousands, if not millions, to make themselves felt. Swallowing the odd drop of washing-up water, or brushing your teeth in tap water, isn’t likely to make you ill.

Firstly, foreign tap water is unlikely to be badly polluted (otherwise the locals would have been wiped out); and secondly, water that appears clean is unlikely to be wriggling with pathogens. I brush my teeth in Kathmandu tap water but boil water I’m going to drink. The risk is all about the amount of contamination.

There is an exception in that Shigella bacteria – the bug that is responsible for bacillary dysentery – is very infective: swallowing just 100 Shigella will make most people really ill. That said, these bacteria are unlikely to contaminate a water supply unless there has been some dramatic infrastructural breakdown, of the kind experienced after floods or earthquakes.

Can carrying your own cup and cutlery protect you?

In a similar vein, using only your own cup and cutlery won’t especially protect you from acquiring infections; typically, gastroenteritis comes from poor food handling by cooks. It is possible to catch typhoid from sharing drinking vessels, but slurping from a clean cup or glass isn’t risky. Interestingly, in Nepal, where typhoid is quite common, people don’t put their mouths on water bottles or cups but pour and drink without contact.

Will a mask protect you from infection? 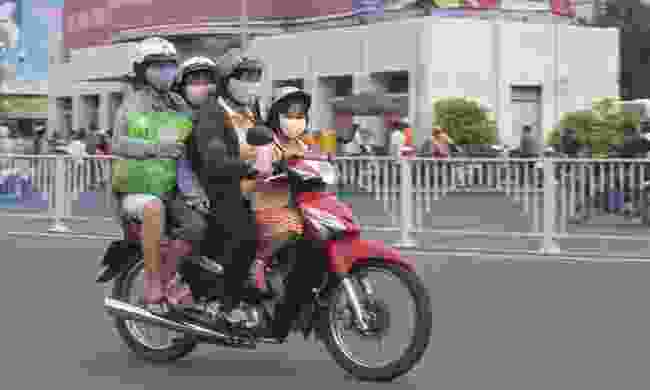 A family protecting themselves from air pollution in Hoi Chi Minh, Vietnam (Dreamstime)

Research has established that masks worn by surgeons during operations don’t protect anyone, yet they continue to be worn – and are beloved of the residents of polluted Kathmandu. While masks probably exist that filter out everything from microbes to chemical pollutants, masks that are effective and also comfortable to wear are hard to find. Mask-wearing is always a compromise; I wouldn’t wear one in a disease outbreak area but do wear one to sieve out some of the pollution when I’m cycling around cities – I cough less if I do.

Is it true that insect repellents ward off all insects but not other biters?

Properly- and frequently-applied insect repellents keep off most blood-lusting small creatures, including leeches and ticks, despite the fact that they are not insects. Repellents don’t work on all insects, though; houseflies, wasps and bees don’t take much notice. If troubled by flies in a restaurant, ask if they’ll light a candle; in my experience, flies avoid burning wax.

Is a post-travel check-up worth doing?

Tests for schistosomiasis and HIV are worth doing if you’ve respectively bathed in African lakes or had an encounter that has led to unsafe sex, but the evidence is that routine check-ups don’t have much value if you are symptom-free.