Is it still safe to travel? Everything you need to know about travel and terrorism

Terrorism is the number one concern for many travellers. But are people too afraid? Terrorism and security expert Lloyd Figgins separates facts from fears, and tells you what you need to know to stay safe

Is it still safe to travel?

It definitely is still safe to travel. Your chances of getting caught up in a terror attack are about 1 in 20 million. You have a far better chance of winning the national lottery. There’s a better chance of being struck by lightning.

The thing is that when these events happen, they make global headlines and then you get this climate of fear, which pervades everything. People change their thought processes and plans, and that’s exactly what terrorists want. That’s why we’re seeing these attacks occur in places like Paris, Berlin and Brussels and so on. 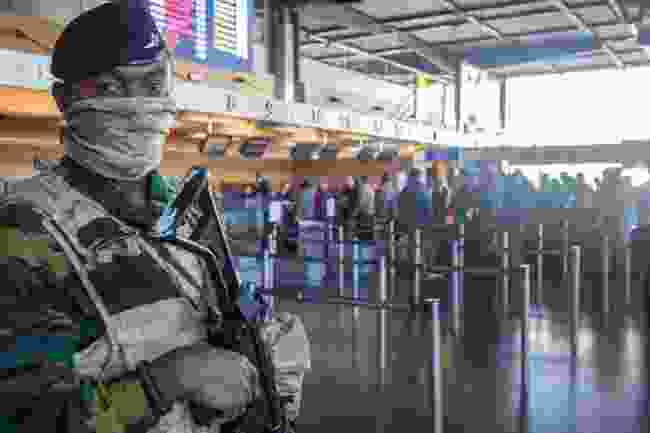 Are the fear levels out of proportion, compared with the actual risk?

Caution and fear can be a good thing because that helps inform people of the dangers. People need to listen to their gut instinct. If something isn’t right, they should do something about it, make a change.

We do also need to be more aware now than ever of the dangers that are there because of the fact that it’s no longer region-specific where you might say a particular region or place is unsafe. These attacks are happening now in places like Berlin, Paris and Brussels.

But in the scale of things, the fear probably is out of proportion. That’s perpetuated by mainstream media. A lot of Wanderlust’s readers are experienced travellers. If you look at Wanderlust’s readership and take a look at who mainstream media are directing their reports at, that is where you’re going to get that disconnect. That’s not to say that people shouldn’t be researching the areas they’re planning on travelling to. That means going beyond the Foreign and Commonwealth Office (FCO). 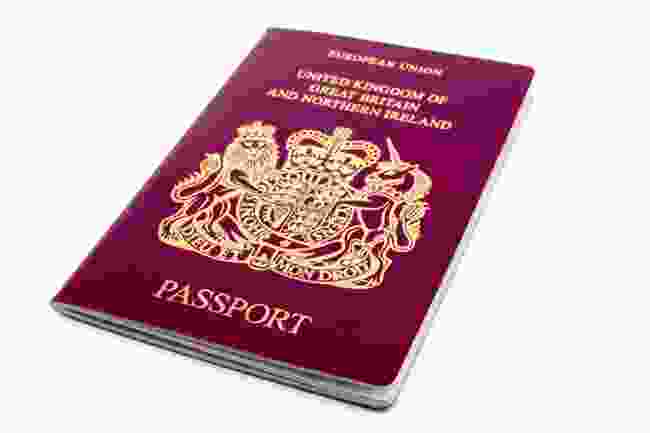 Do you think it would be a shame if people stopped travelling, particularly to more ‘adventurous’ countries, because of fear?

Yes. We shouldn’t stop pushing the boundaries of travel. But now there are extra elements that you need to put in place in our preparation and our planning to give ourselves a good chance of going out and having a great adventure and coming back safely.

Is it any less or more safe to travel today than it was 10 or 20 years ago?

The game has changed in many respects. But let’s put it into context: if you were to look at what are the major hazards to travellers going around the world, it’s still traffic accidents. 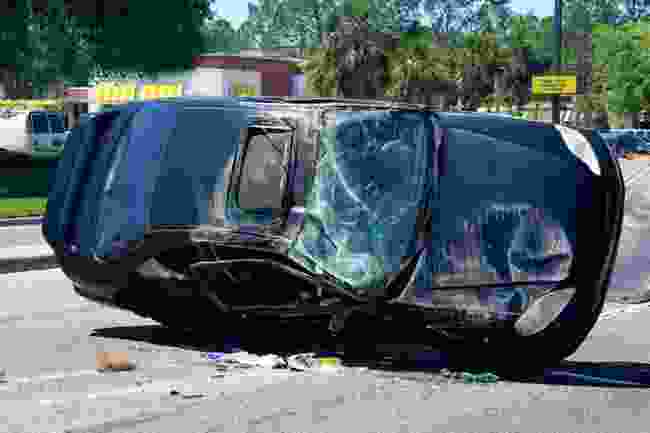 When can travellers get reliable information?

There are some great free resources at the moment. One of the best is Safe Travels Magazine. That has up-to-date reports on different countries and different events that have occurred. What it does is to allow people to make an informed decision as to whether or not their risk appetite is going to allow them to travel to that particular country or that particular region.

I would also look at other nations’ equivalents of the Foreign Office. The Australia Smart Traveller website is exceptionally good and in many cases goes into a lot more detail than the FCO does.

There’s something else called OSAC (Overseas Security Advisory Council), which is a US government site for US government personnel working overseas. They have different reports and different warnings that will go out for different countries. 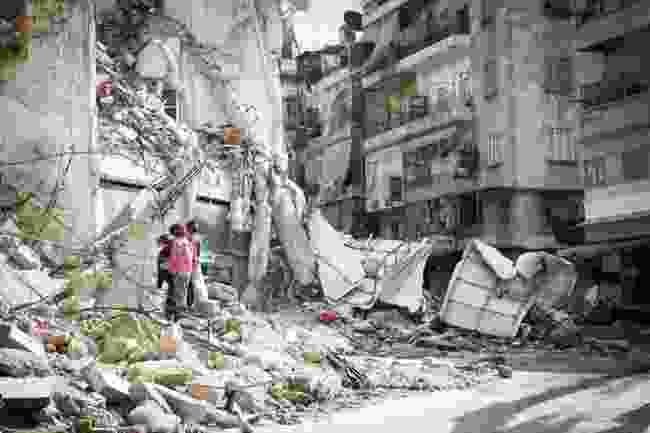 Which parts of the world you consider off-limits in terms of safety?

It’s really hard to say. I would hate to say don’t go to a particular country. People will know about Syria, Afghanistan and Iraq. I wouldn’t recommend that people go to places like Afghanistan or Syria for tourism purposes now. But we are seeing changes in other countries. For example, I would definitely advocate that people go to Iran on an organised tour or even, if they do their research properly, independently. It really is a case of looking at countries one by one.

That climate of fear tends to seep through different regions, too. A lot of people aren’t going to North Africa because they’ll tar all the countries with the same brush as Tunisia, whereas recently Europe has had many more terror incidents. 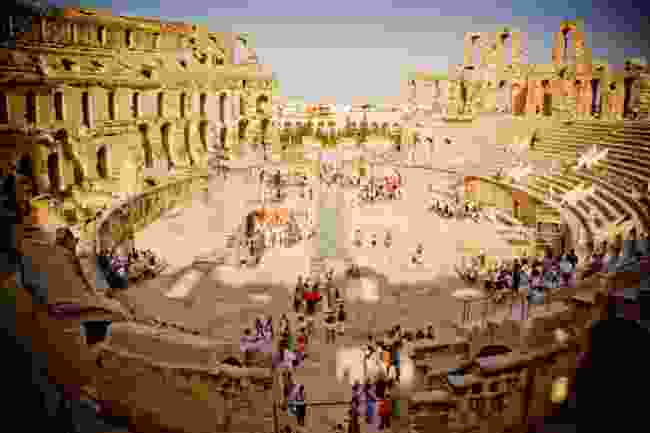 Are there other countries you consider ‘high risk’?

There are places at the moment like the DRC (Democratic Republic of Congo), Somalia and Yemen. People still tend to go to those places when they’re not so safe because they get great deals. That is actually what we saw in Tunisia. People were getting great deals because of what happened in the Bardo Museum. People weren’t going there. Tour operators decided to cut their prices. People thought, “Hey we’re getting great deals”, and then something goes terribly wrong.

The first thing is recognising your own ‘risk appetite’. Everyone has a different risk appetite. If it’s going to be somewhere that’s going to scare the living daylights out of you, you’re not going to enjoy it, so look for another destination.

For those who are more adventurous, it’s all about doing your research. For example, do you have the right training and skills to be going to somewhere that’s quite remote? You could look at things like making sure you’ve got a wilderness first aid qualification. It’s all about doing the preparation, making sure you’ve got the right skills, and then having a great time. 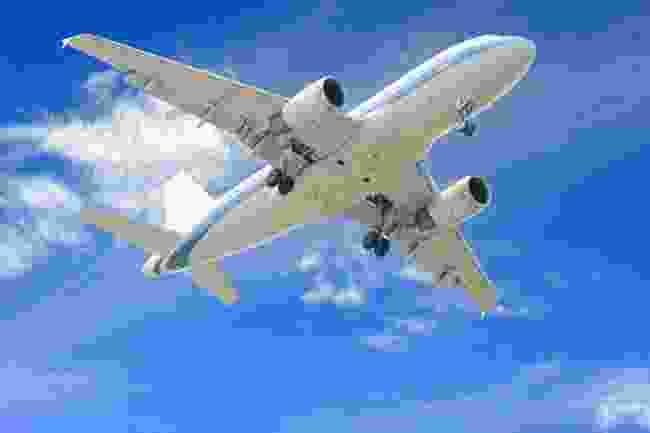 How safe is air travel currently?

It’s not a lie when they say it’s one of the safest forms of travel. It really is safe. If we look at how many people are in the air at any one time and how many accidents actually occur, it is utterly minimal.

The airline industry is one of the industries that’s leading the way in safety and accident investigation. When something goes wrong or there’s a fault in the airline industry, whether that’s an engine going out or a piece falling off a plane, the whole industry gets together to find out what went wrong. They don’t sleep at night until they find out. That’s one of the reasons it is safe. Air travel has definitely become safer over the last 30 years.

Has security at airports tightened up?

Yes, absolutely, and we’re seeing this more and more. A lot of airports now, you sort of go through security before you even get into the main terminal.

With security at airports, just because you can’t see it, it doesn’t necessarily mean it’s not there. A lot more of the security that is in place at airports is often covert, so you might think you didn’t see any security guards, but there are other things going on behind the scenes. Security is better now than ever. 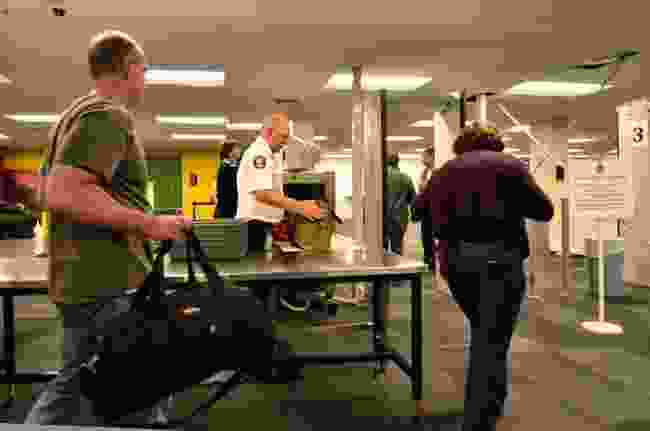 Terrorist attacks have taken place in tourist destinations at beaches, clubs and music venues. Are there any places you suggest people should avoid?

No, but it’s one of those things that after an attack or a crime has been committed, people often talk about having a gut instinct and there being an ‘atmosphere’. Often people I’ve interviewed have said there was just something not quite right about a place or a guy they saw was dodgy. The minute people feel like that, they need to get themselves out of that situation. They need to get themselves to a place of safety.

What can people do to make their holidays safer?

Make sure you do your planning first. Nowadays, with the Internet you can do so much research. That can include who’s going to meet you at the airport, or getting from the airport to the hotel. Where is your hotel? What do the reviews say about it? I don’t just mean the swimming pool, but what about the security in the area? Is the hotel situated in a good place? Doing all that planning can be done from the security of your own home long before you go.

The other thing I would say that people should really be taking into account when they’re thinking about enjoying their holiday is their social media habits. Don’t post things on social media that could compromise you. Don’t go posting where you are or where you’re going to next, because people can then see who you are, where you are, and they’ve got a picture of you. They can befriend you or know where you’re going to go before you get there and they can actually target you.

The other issue with that is burglars back in your own country. When you’re away they can access your social media and see when you’re away, when your house is empty and when your car is on its own. 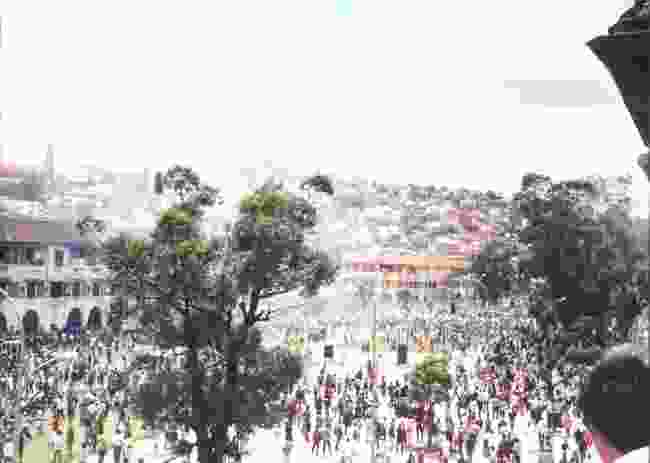 What should people keep an eye out for on holiday if they want to be vigilant, without being paranoid

Any suspicious behaviour or anything that looks out of the ordinary. It usually takes a few days when you first arrive in a country to get a ‘baseline’ of what’s normal in that particular area you’re in. Anything that then becomes an anomaly to that should be treated with a little bit of caution. That could be people loitering, certain people that don’t seem to have any purpose or that don’t fit in. I’d definitely be suspicious of those sorts of things. There’s also the really obvious things to look out for, such as a bag left unattended or vehicles parked up in an odd place. All those sorts of things are what people need to be looking for.

What should people be checking on their insurance policy? Is ‘terrorism’ usually covered?

You would be very hard-pushed to get a travel insurance policy to some of those more hostile regions we’ve spoken about. There are some specialist operators that do offer it, but it’s prohibitively expensive.

What about insurance in general policies for less 'high risk' countries?

Acts of terror are usually not actually covered in many policies. We’ve seen this before, but that’s not to say that the medical treatment needed wouldn’t still be covered.

What people need to be checking with their insurance policy is making sure that it covers them for theft and damage and comprehensive medical cover and repatriation.

The problem we sometimes see is when people get a free travel insurance policy that might come, for example, with a credit card or opening a new bank account. Often, those policies don’t cover some of the things that you really need. When something bad happens, that’s not the time to find out you’ve got an inadequate policy. Check it beforehand. 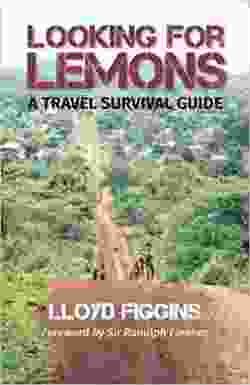 Looking For Lemons: A Travel Survival Guide by Lloyd Figgins is out now (LFL Global Risk Mitigation, £9.99), available to buy from Amazon.