7 of the best places to see the northern lights

Spotting the northern lights isn't all that easy. But head to the right places at the darkest time of year and you may just be in luck...

The northern lights, or aurora borealis, are best seen in the months between September and April when nights are longest and skies are darkest. Avoid planning a trip around a new or full moon as the skies are brightest then – making it harder to see the aurora. Green lights are most common, though you could see swirls of pink, red and purple if you're particularly fortunate. 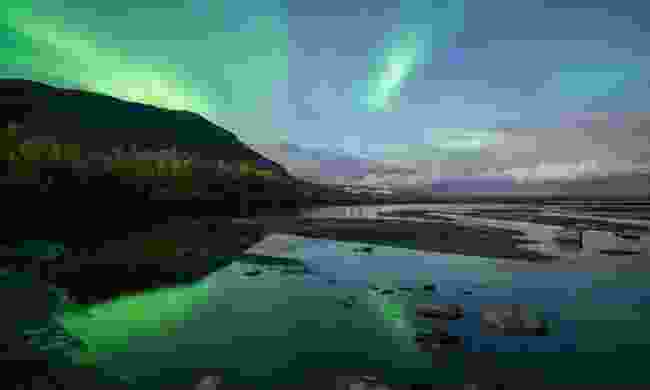 A good hundred miles into the Arctic circle lies Abisko Mountain Station, the best place in Sweden to catch more than a glimpse of the aurora borealis. Abisko is the country's driest spot, so has cloud-free conditions for northern lights viewing – some even consider it to be the best place in the world to see this incredible natural phenomenon.

The crystal-clear skies mean the northern lights can often be seen clearly from Abisko's viewing platform at the top of the mountain. Stay at the Abisko Mountain Lodge and spend your days on skis to tackle Abisko's beautiful cross-country trails. Downhill skiing and snowboarding are also good here. If that sounds too energetic, sit back and let a husky musher guide you through the white wilderness, or try your hand at running your own team of dogs.

Combine your visit with a stay at the world famous Ice Hotel, a couple of hours away, where you can snuggle up in a suite made entirely from hand-carved ice. The Lofoten Islands in northern Norway are one of the world's best places to see lights, which dance across the sky like a conductor's baton. Wild and remote, the archipelago is situated 170km north of the Arctic Circle. Increase your chances of experiencing aurora borealis by staying a week and booking a photography tour with Lofoten Tours.

The Lofoten's are also home to the world's most northerly surf resort, Unstad - as you'll be well aware if you watched the gripping television miniseries Twin. But if Arctic surfing (brrr) under the lights doesn't appeal then you can spend your days kayaking among otters, going whalewatching or fishing for mackerel or pollock.

Stay at Nusfjord Arctic Resort an soak in its open-air spa overlooking Nusjford Harbour as the lights pirouette above you. 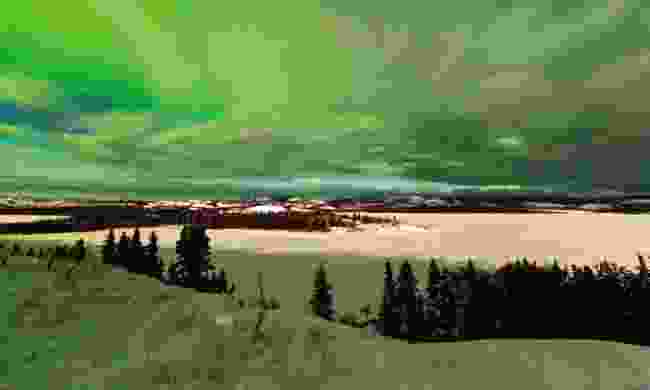 Lake Laberge in Yukon Territory is a wild area of pristine beauty and wilderness in the north-west of Canada. Cathers Wilderness Adventures is a family-run tour company with a few log cabins for guests on the lake's east shore. Off-grid, once night falls the cabins are lit by candles, making it the perfect spot for front-row views of the northern lights reflected in the glassy lake.

During the day you can explore the surrounding forest on a sledge pulled by dogs, which you can learn to steer yourself. You can also soak in mineral-rich hot springs in Whitehorse, the capital of Yukon and its only city, a 40-minute drive away. With a population of around 30,000 it has fascinating museums and offers an insight into the Yukon's goldrush days. 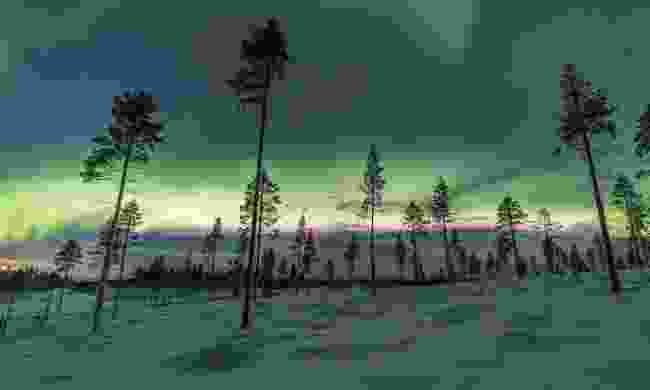 Finland's northern capital and gateway to Lapland, Rovaniemi boasts some 200 nights of the most famous light show on earth. Locals say the aurora appears every one in three clear nights, meaning that viewing is very likely. The airport, which is Finland's most northerly, is also known as Santa's Airport, where he is said to park his sleigh.

On a reindeer safari at nearby Salla Reindeer Park you can feed calves and help guide a herd to campfire under the stars. Meanwhile, Arctic Snow Hotel hosts snow-sculpting workshops and trips to Lake Lehtojarvi where you can fish through holes in the ice. You can also bake flatbread in a local home, go snowshoe hiking and tour the forest on an electric snowmobile.

Bed down in one of the hotel's glass igloos for 360 degree views of the lights in cosy surroundings. You can also watch them from an outside hot tub before relaxing in a sauna with walls made of ice. 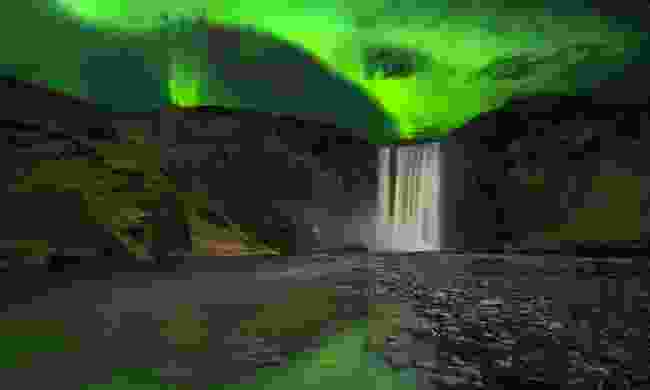 As long as you're away from the bright lights of Reykjavik, Iceland is one of the planet's best places for seeing the aurora.

Head north to Akureyri and take a boat tour of Eyjafjörður Fjord, 100km from the Arctic Circle. Even if you're not lucky with the northern lights you will hopefully spot whales. During the limited dylight hours, soak in Myvatn Nature Baths, a geothermal outdoor lagoon between Myvatn Lake and Dettifoss Waterfall. Stay at Hotel Kjarnalundur near Akureyri and view the lights from the outdoor hot tubs.

Or book a stay in Hotel Ranga in the island's rural south, which has a rooftop observatory. It is run by northern lights experts – and staff will wake you in the middle of the night if the displays are good. 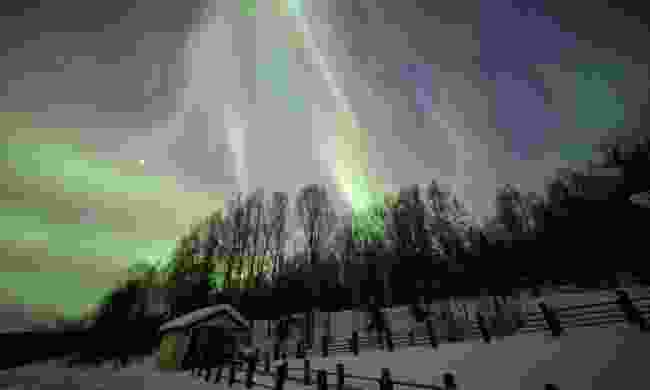 While the northern lights can potentially be seen year-round in Alaska, they are at their most dazzling between December and March – when nights are longest and skies are darkest. For uninterrupted views of the sky, drive up Ester Dome, a l720m hill that is home to grey wolves, lynx and black and brown bears for uninterrupted views of the sky. Don't forget to do as the Alaskans do and lie on your back in the snow - just be prepared for temperatures dropping to -45.

There's plenty to do in Fairbanks during daylight hours: try some winter cycling or learn to sculpt ice. There is also a good selection of art galleries, and the locals love to tango the night away if the lights haven't made an appearance. Or soak in a geothermal pool at Chena Hot Springs, which also has an ice-sculpture museum and ice bar. Book a chalet at Running Reindeer Ranch and you can go hiking with reindeer at your side.

Northern Scotland is on the same latitude as Stavanger in Norway and Nunivak Island in Alaska, so if you're keen to see the lights on a budget break consider a trip to the Highlands or Orkney Islands. On the mainland, Ackergill Pier, Dunnet Beach and Thurso Harbour are all in dark sky locations on the tip of Caithness. Alternatively, take a board trip from Thurso Harbour to Mainland, Orkney, and take your chances atop Wideford Hill. Stay at the North Ronaldsay Bird Observatory guest house in Orkney and join a walk with an ornithologist. You may also spot seals and orcas of the coast.