A walled medieval city, set beside sparkling seas and backed by sheer mountains, Kotor offers everything Dubrovnik does – but without the crowds 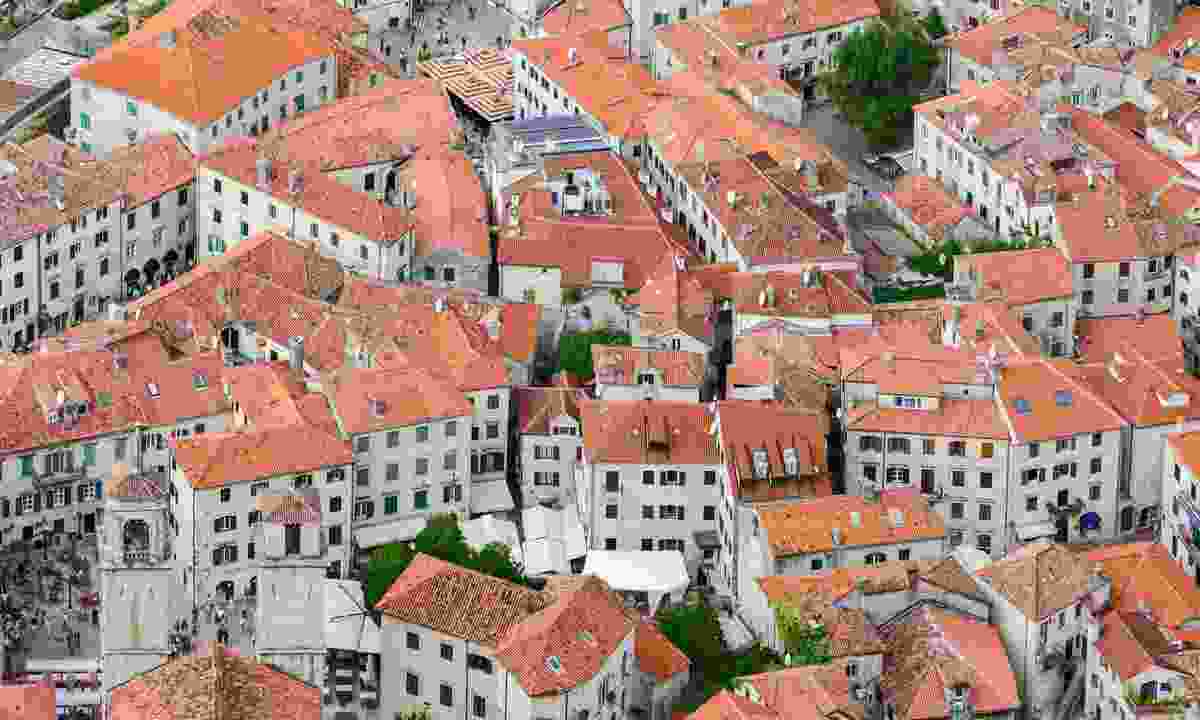 The red-tiled roofs of Stari Grad - the old city (Dreamstime)

Kotor's old city is like a smaller, slightly scruffier version of Dubrovnik, tucked away in a remote corner of Boka Kotorska bay, under the shadow of the limestone cliffs of Mt. Lovćen. It was founded before the time of Homer and has been a prize for conquering civilisations ever since. Its hey day was during the Nemanjić dynasty of 1185-1371.

The best way to experience the old town is to lose yourself in its narrow cobbled streets. Begin your adventure at the Sea Gate, just off the bay, which has been the main entrance since 1555. If you work your way clockwise you will see most of the main sights including Arms Square, Flour Square, the Maritime Museum and the square housing the Churches of St. Luke and St. Nikola. Turn left, and you will be right back where you started.

Within the walls, the city is criss-crossed with narrow streets and squares, each boasting charming restaurants and cafés and artisan shops. Each corner turned reveals a reminder of the city’s long, illustrious past: the Cathedral of Saint Tryphon, built in Roman times; the Church of Saint Luke from the 13th century; the Prince’s Palace from the 17th century; and the Napoleon Theatre from the 19th century. The city has a rich calendar of carnivals and festivals that also add to its charm. 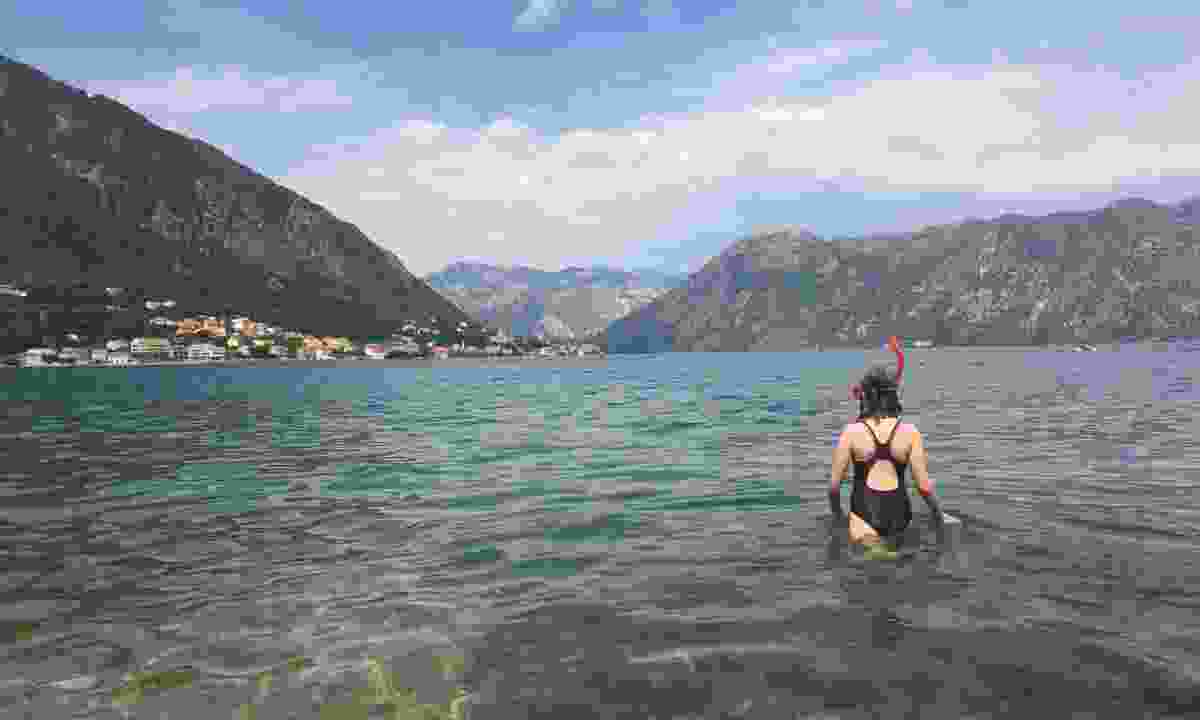 Swimming in the Bay of Kotor (Dreamstime)

Known locally as Boka (the Bay), the Bay of Kotor is a place of breathtaking beauty. It is the deepest fjord-like bay in the Mediterranean Sea, and is surrounded by two massifs of the Dinaric Alps: Orjen to the west, Lovćen to the east. The sheer granite walls of the mountains rise steeply from the water, one of the most unforgettable sights in this part of Europe.

The bay has been inhabited for centuries, and the 107.3km shoreline is dotted with well-preserved medieval towns, mountain pathways, hidden inlets and remote pebble beaches. It has been a World Heritage Site since 1979 and offers lots of activities both on and off the water.

It is also home to the oldest navy in the world, the Bokeljska Mornarica (Navy of Boka Kotorska Bay), which has been active for more than twelve centuries and still uses its traditional clothing, dance and ceremonies. 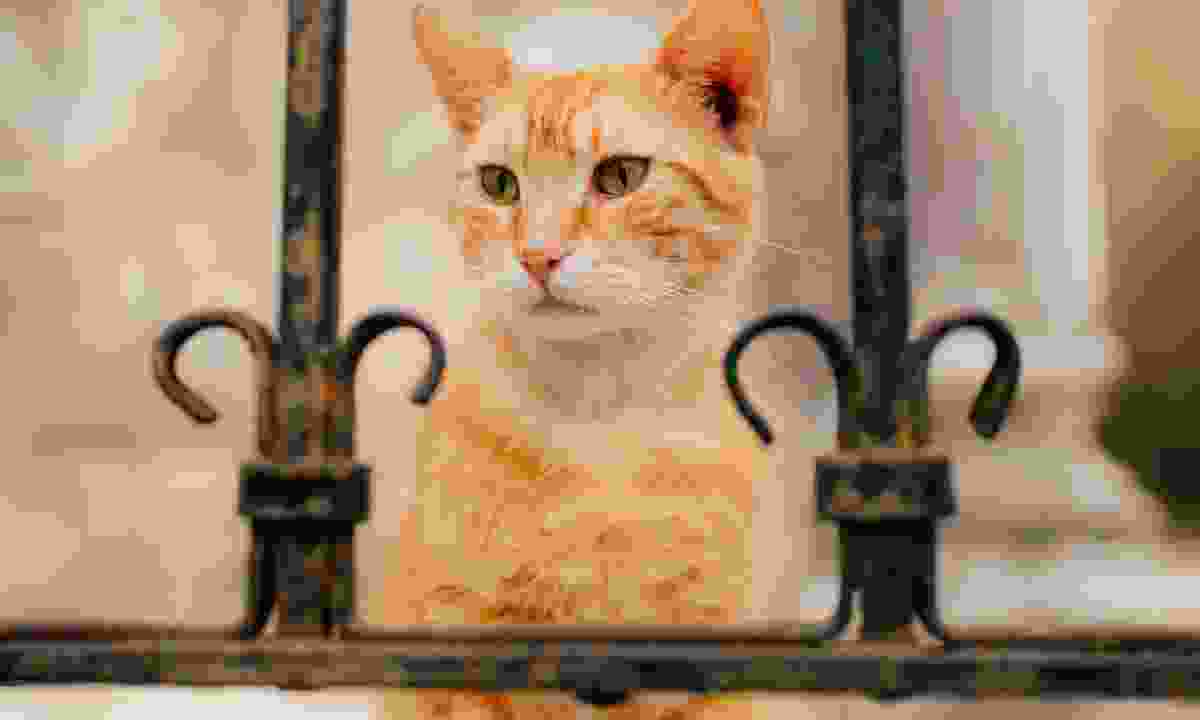 A cat in Kotor (Dreamstime)

If you love cats, you’ll love Kotor. They have become the unofficial symbol of the city, with cat-themed souvenirs and knick-knacks for sale throughout the old city. They wander through Stari Grad like they own the place, finding the sunniest corners to groom themselves and feasting on the scraps from the city’s finest restaurants. There’s even a cat museum, one of the most popular attractions in the city. 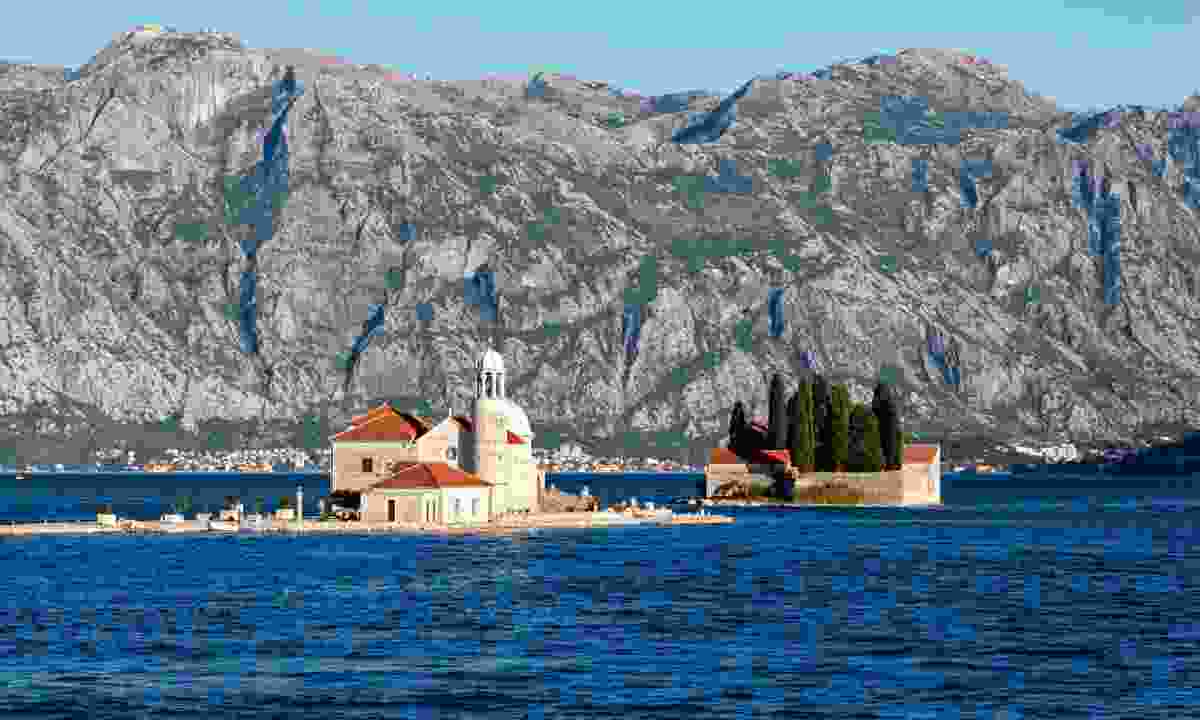 Our Lady of the Rocks (Dreamstime)

Half an hour north of Kotor, just off the picture-postcard town of Perast, lie two islets, each home to perfectly formed medieval chapels. Sveti Juraj (Isle of St George) is open only to clergy. Gospa od Škrpjela (Our Lady of the Rocks) can be visited by anyone and is reached by one of the boats plying the waters from the tiny harbour in Perast.

Both islands are incredibly photogenic and appear in every article and brochure about the Bay of Kotor. Our Lady of the Rocks also has the distinction of being the only man-made island in the Adriatic. According to local legend, ‘construction’ began in 1452, when two fishermen found a picture of the Virgin Mary on small spit here. It became traditional amongst local fishermen to place a rock on the spit after every successful fishing trip. These stones were supplemented by more substantial blocks and scuttled ships. By 1722 it was big enough to support a church, still standing today, that houses 68 paintings by the Baroque artist Tripo Kokolja. There is a small gift shop and a navigation light on the island too.

The islets are perhaps best viewed from one of the waterside restaurants back in Perast, with a plate of freshly grilled seafood and a glass of chilled wine.

5: The Ladder of Kotor 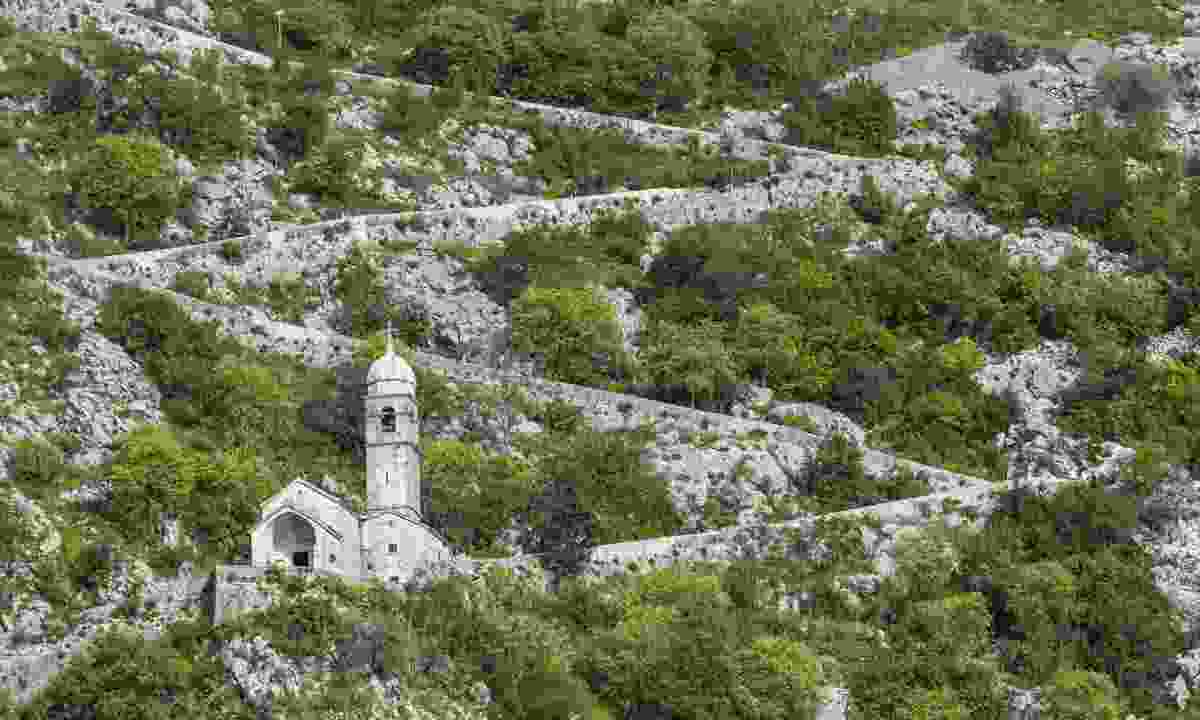 The Ladder of Kotor is a spectacular hiking trail that follows the legendary route connecting Kotor with Cetinje and the village of Njegusi. For centuries, this was the only path connecting Kotor and Cetinje, and offers phenomenal views across the old town, the Bay of Kotor and beyond.

The trail begins at the back of the old town, zig-zagging up the mountain, following the old city walls. Here you’ll find the Chapel of St. Ivan and the Castle of San Giovanni, both visible from the old town below – and this is as far as most visitors go. It is here the Ladder of Kotor itself starts, an extraordinary 72 switchbacks that take you up the side of the mountain, over the Krstac Pass. The trail end near Restaurant Nevjesta Jadrana, a great place to celebrate your achievement before heading back the way you came or catching a bus back to Kotor.