The Wanderlust family travel hotlist: Where to go in 2018

From bog walking in Estonia to riding Scotland's Hogwarts Express, family fun is guaranteed in the countries that top our 2018 travel hotlist 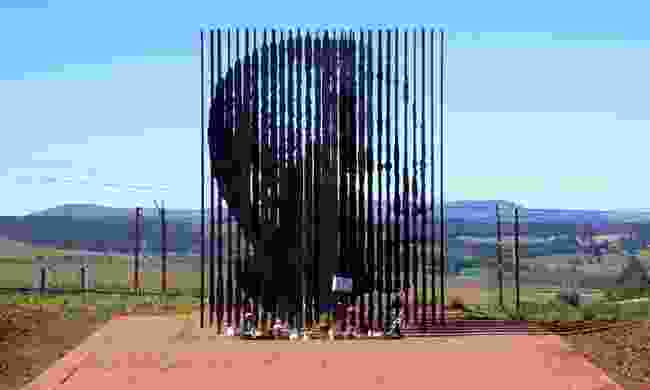 This year marks the centenary of Nelson Mandela’s birth, and a whole raft of events and exhibitions have been organised to celebrate the life and work of this great man. For families visiting South Africa during 2018, it represents an opportunity to introduce children of all ages to his legacy.

A visit to Robben Island, where Nelson Mandela spent 27 years in prison, is a good place to start. Guided tours are led by former inmates and the island is easily reached by ferry from the Nelson Mandela Gateway in Cape Town. Mandela House, on Vilakazi Street in Soweto is another must. This is where Mandela lived before he was arrested, and tours are often led by members of his immediate family. Vilakazi Street is notable for being the only street in the world to have been home to two Nobel Peace Prize winners: Nelson Mandela and Archbishop Desmond Tutu.

Finally, make the pilgrimage to the village of Qunu in the Eastern Cape. The village was both his home during his early years and his burial place. It is here that you will find the Nelson Mandela Museum. 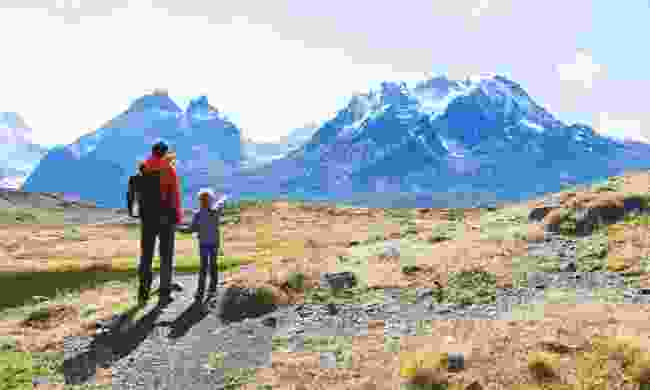 Torres del Paine is Chile’s most popular national park, and little wonder. With jaw-dropping scenery, abundant wildlife and treks of varying grades, it offers something for everyone – including families.

The trail to Salto Grande waterfall is an easy hike for children. The views are spectacular and there are plenty of opportunity to spot the local guanacos – the Patagonian version of a llama. Keep an eye out for condors and Andean deer as well.

Grey Lake is worth a visit too. Watch the icebergs from the shore or, if you’re feeling energetic, kayak amongst them.

If your kids are older, consider tackling the park’s famous W trek. It's a four- or five-day hike that can be walked without carrying gear or food, staying in refugios or campsites. It can also be broken up into day hikes from comfortable hotel bases.

3: Ride the 'Hogwarts Express' in Scotland 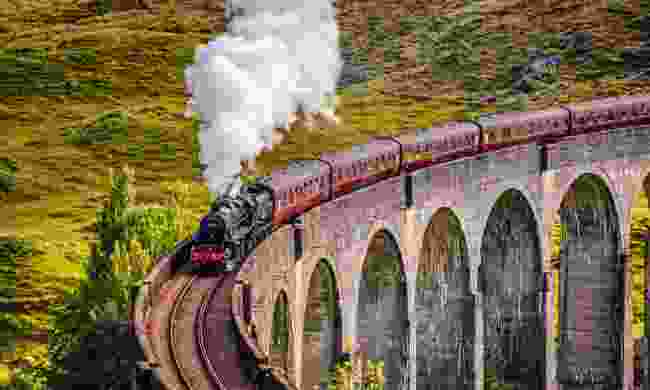 Often described as the greatest railway journey in the world, the Jacobite Railway out of Fort William is certainly spectacular. The 135km round trip starts at the foot of the highest mountain in Britain (Ben Nevis), and passes Britain’s deepest freshwater loch (Loch Morar), before arriving next to the deepest seawater loch in Europe (Loch Nevis).

Your kid, however, will be more excited that they are riding the train that was used as the Hogwart’s Express in all of the Harry Potter movies. Indeed, before they even board the train, there’s the opportunity to spot Hagrid’s hut. Crossing Glenfinnan viaduct is a treat as well. It’s 380 metres long and 31 metres high, and was used as the bridge to Hogwarts. Sadly, flying cars are rarely seen. The ‘Hogwarts Express’ runs from April to October. 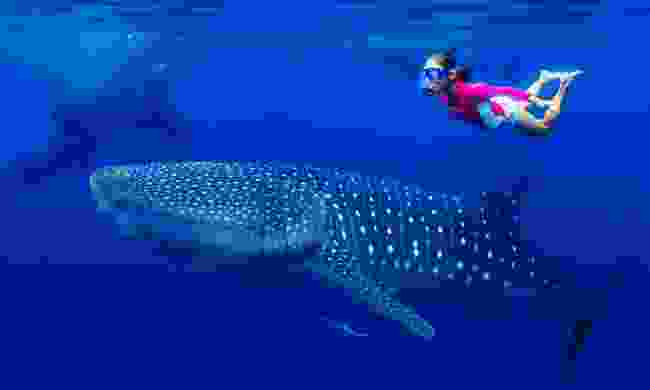 Ningaloo Marine Park is a Unesco World Heritage-listed site found half way up the West Australian coastline. The crystalline water harbours the world’s largest fringing reef, a 260km coral reef teeming with turtles, tropical fish, manta rays, humpback whales and whale sharks. For families, the good news is that much of the underwater activity is just off shore. All you need to enjoy the show is a snorkel and a mask.

From November to February, baby turtles emerge from the nests of Coral Bay and make a dash for the sea. Between April and July each year, whale sharks congregate in large numbers. With over 500 species of fish, there is always something to see. Sea turtles, stingrays and manta rays are common visitors, as are dolphins and dugongs. 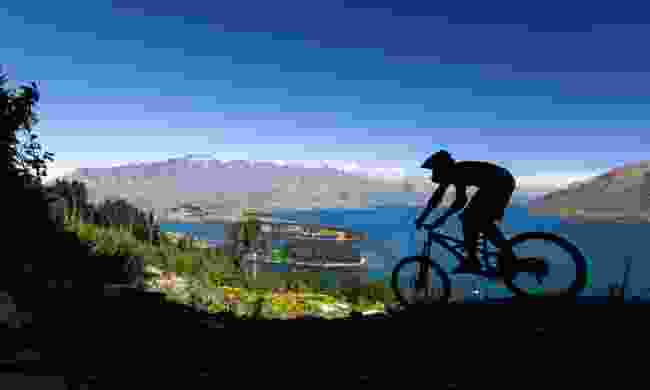 Queenstown is the thrill-seeking capital of New Zealand. It was here that bungee jumping was invented, and the city continues to offer activities like rafting, zorbing and canyoning – guaranteed to get your pulse racing.

It is also home to the Queenstown Bike Park, regarded as the best in the southern hemisphere, with over 30 kilometres of biking trails ranging from beginner to expert.

The park sits high in the mountains above the city, but is easily reached by using a gondola that starts downtown. Within three minutes you and your bikes will be whisked to the top, to tracks offering spectacular views of the Queenstown city centre, Lake Wakatipu, and the Remarkables Mountain Range. 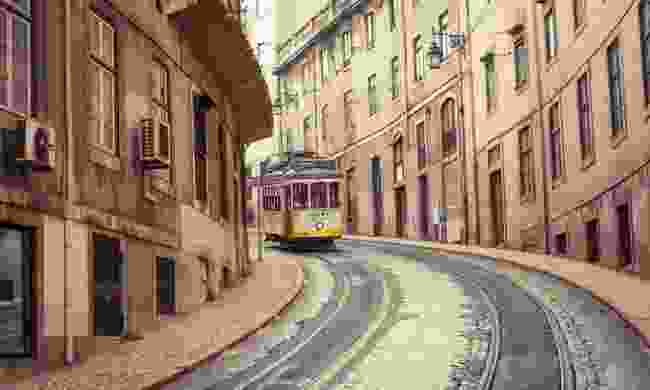 Forget queuing up for hours for a ride in a theme park. One of the best rides you can have in the Portuguese capital goes every couple of minutes and only costs a couple of Euros. It’s the old 28 tram, a creaky relic from the city’s past, but still the best way to see the city.

Connecting Martim Moniz with Campo Ourique, the tram passes through the popular tourist districts of Graca, Alfama, Baixa and Estrela. The quaint yellow tram screeches and rattles through the narrow streets of the city, held up by poorly-parked cars and squeezing through tight bends that the modern trams can’t. Sit at the front and your kids will have a bird’s-eye view of the driver navigating the way through this charming city. 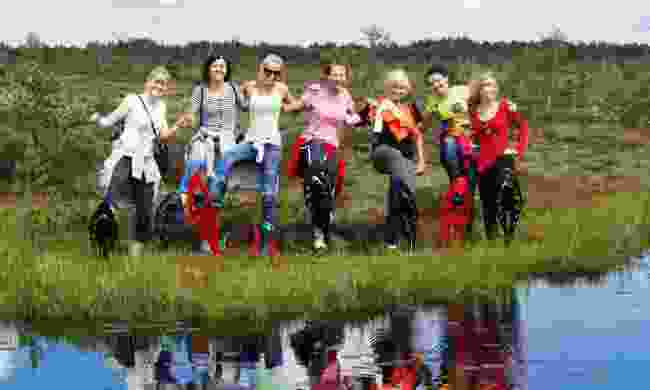 Bogs cover a fifth of mainland Estonia, with some estimated to be over 10,000 years old. They are the staple of Estonian folklore and they are seen as places of both mystery and peace.

They are also a haven for flora and fauna, with over a quarter of Estonian plant species only growing in bogs. Bog walking is a popular past time, with many companies offering tours for visitors. Just don the plastic bog shoes (snow shoes at any other time of the year) and follow in the footsteps of your guide. Rare plants, birds, and even wolves can be spotted. Locals recommend Lahemaa and Viru bogs in the north, and Sooma and Matsalu in the south.