Top 5 reasons to go to Tallinn

At once modern and ancient, the Estonian capital is a beguiling mix of fairytale architecture and a modern entrepreneurial spirit. These are the reasons you need to get there now... 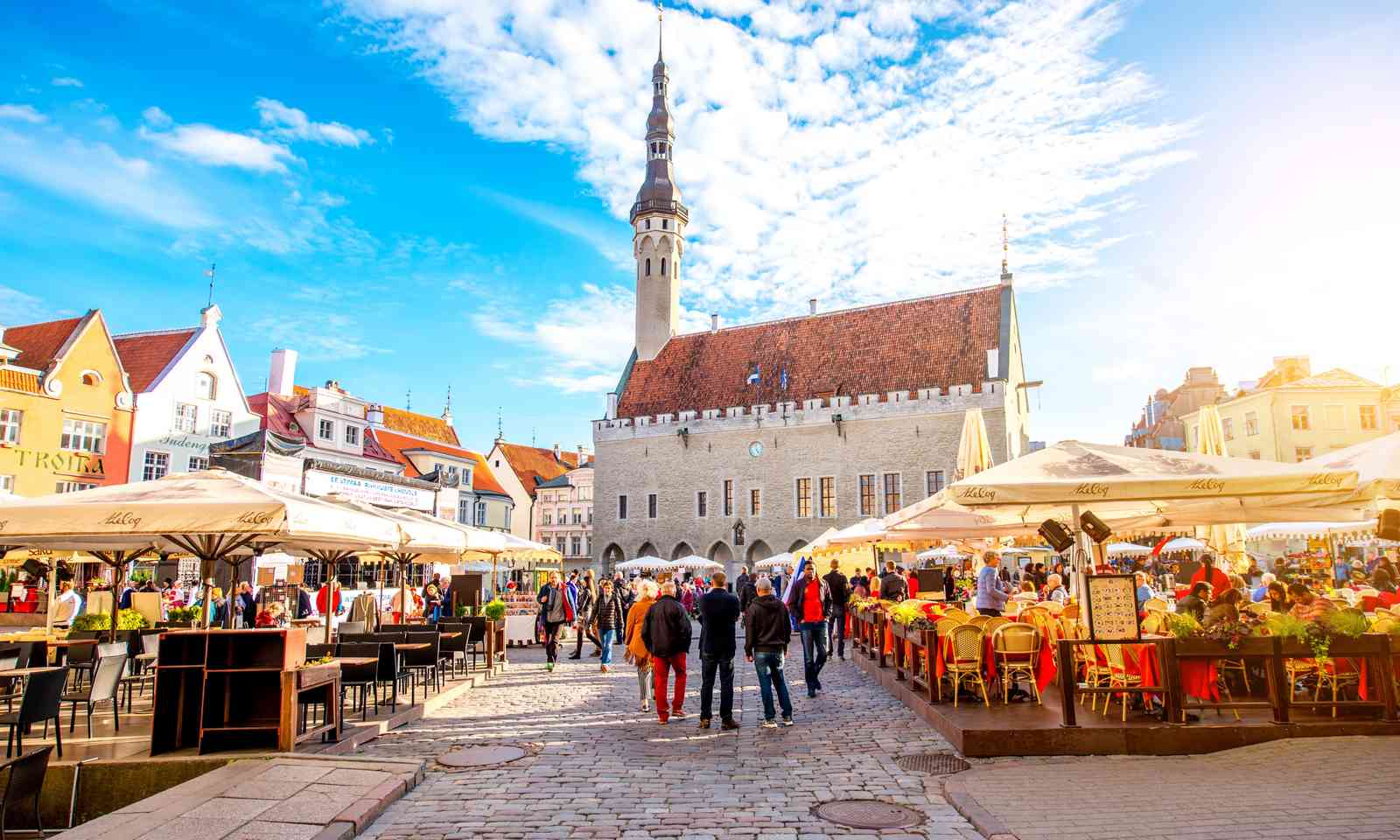 Starting out as a medieval market place, Tallinn's Town Hall Square has been the heart of the city for over eight centuries. Home to some of the most impressive gothic architecture in the city, it is a popular meeting spot and the ideal place to get your bearings when you first arrive.

Seek out the circular stone in the centre of the square, marked with a compass rose. From here you can spot the city's five most famous spires.

In summer, the square is filled with outdoor cafes. In winter, it is transformed into one of Europe's most beautiful Christmas markets. Just don't forget to explore the narrow lanes that radiate off it. Here you'll find cafes, restaurants, shops and tiny forgotten corners that look like they haven't changed in centuries. 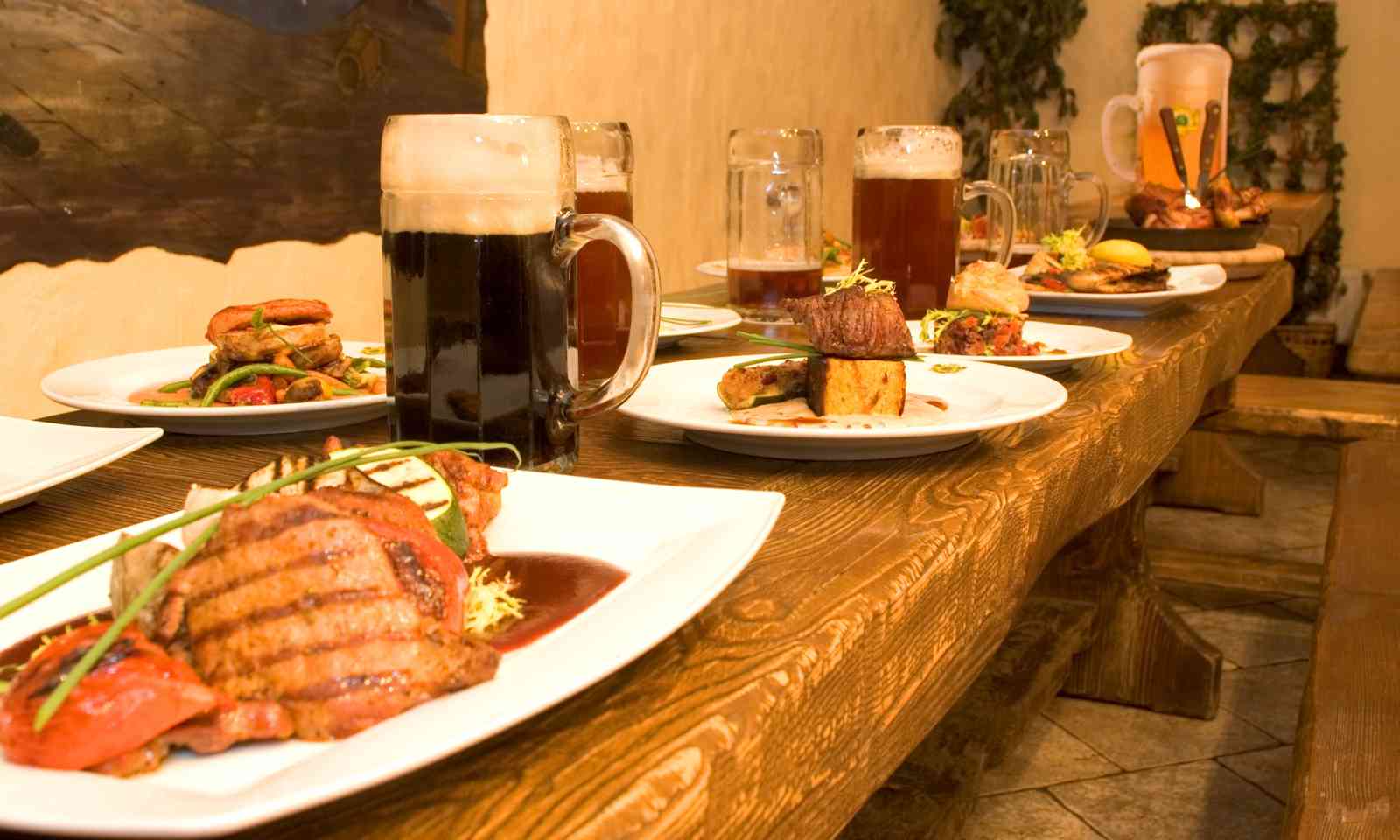 Hearty and filling, Estonian food takes its cues from Russian and German staples, but adds a distinctly local flavour. Pork and cheese feature heavily, as does fish, caught fresh daily in the Baltic Sea.

Themed-restaurants in the old Town Hall Square offer a dining experience straight from the Middle Ages, with waiting staff dressed in period costume and musicians playing tunes from the time.

While fun, gastronomes should head instead to the narrow lanes that lead off the square or the area around the university on Rataskaevu.

Self-catering is an option too. Start your day like the locals, with a tablespoon or two of Kama flour, stirred into your yogurt. A ground mixture of roasted barley, rye, oats and peas, it has long been a stomach-filling favourite with Estonians who roll it in butter or lard for a quick snack. A teaspoon of local honey and berries, fresh from local forests, makes it considerably more palatable. 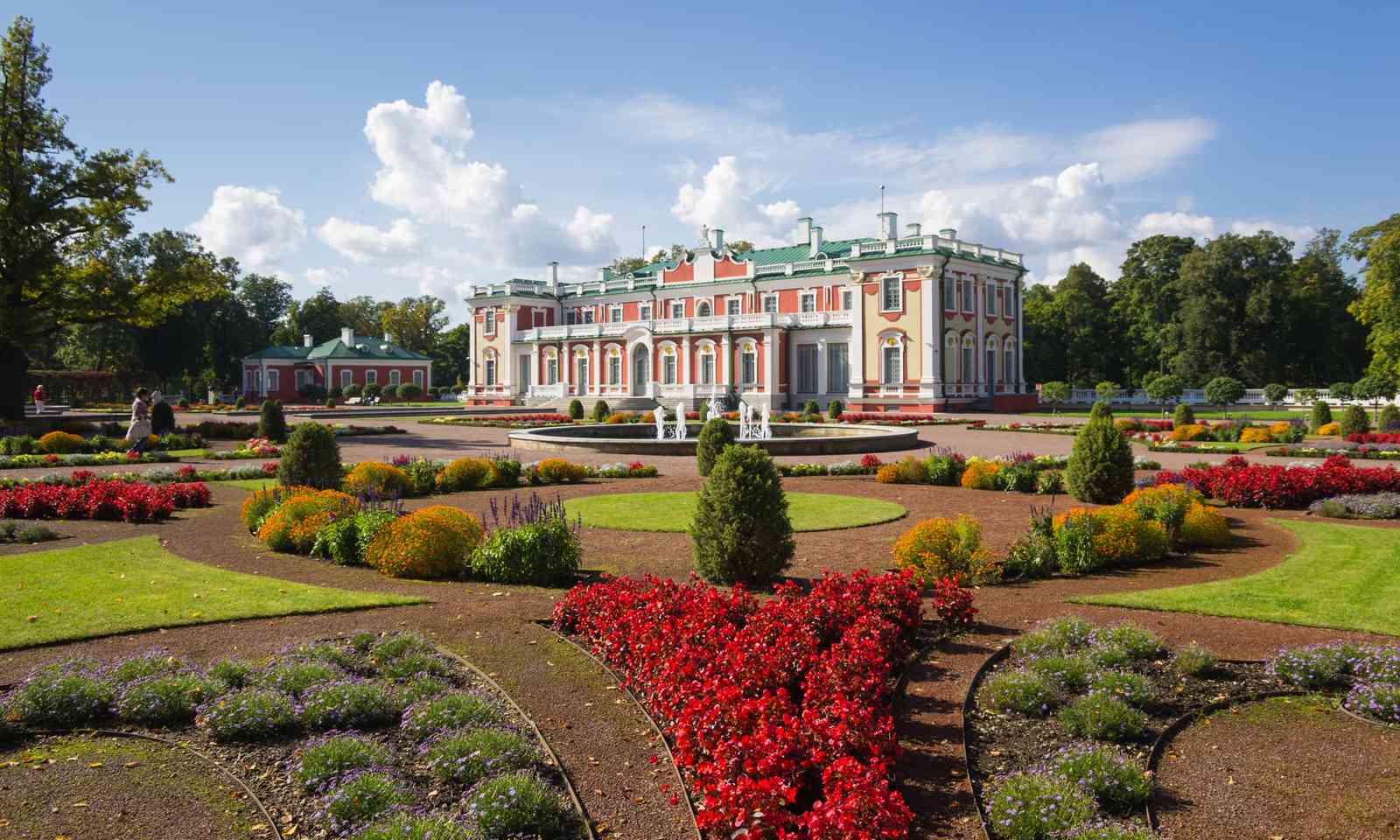 From the tiny Green Market on Lai Street to the vast grounds of Kadriorg Palace, Tallinn is full of green spaces where locals and visitors can relax, take time out and enjoy their coffee.

Lindamäe Park, on the embankment of an old Swedish bastion, is famous for its circle of ancient lime trees. Tornide Square offers an outstanding view of the church spires that dominate the city skyline. Hirvepark, set in the moat that surrounded the city bastion, was used an arboretum for exotic plants and, more recently, as a public meeting place during the 'Singing Revolution' of the 1980s that lead to freedom from the Soviet Union.

Save plenty of time for the parks of Kadriorg Palace, too. Commissioned by Peter The Great to honour his wife, Catherine I, the parklands are some of the most impressive in Europe. A mixture of wild oak groves and meadows and carefully manicured gardens in Italian, French and Dutch styles, every corner reveals a different mood and colour.

Gardens are designed in intricate patterns, including a cross-shaped garden made from 12 precious, foreign trees. At the centre, you'll find the palace, an imposing structure regarded as one of the finest baroque buildings in the world. 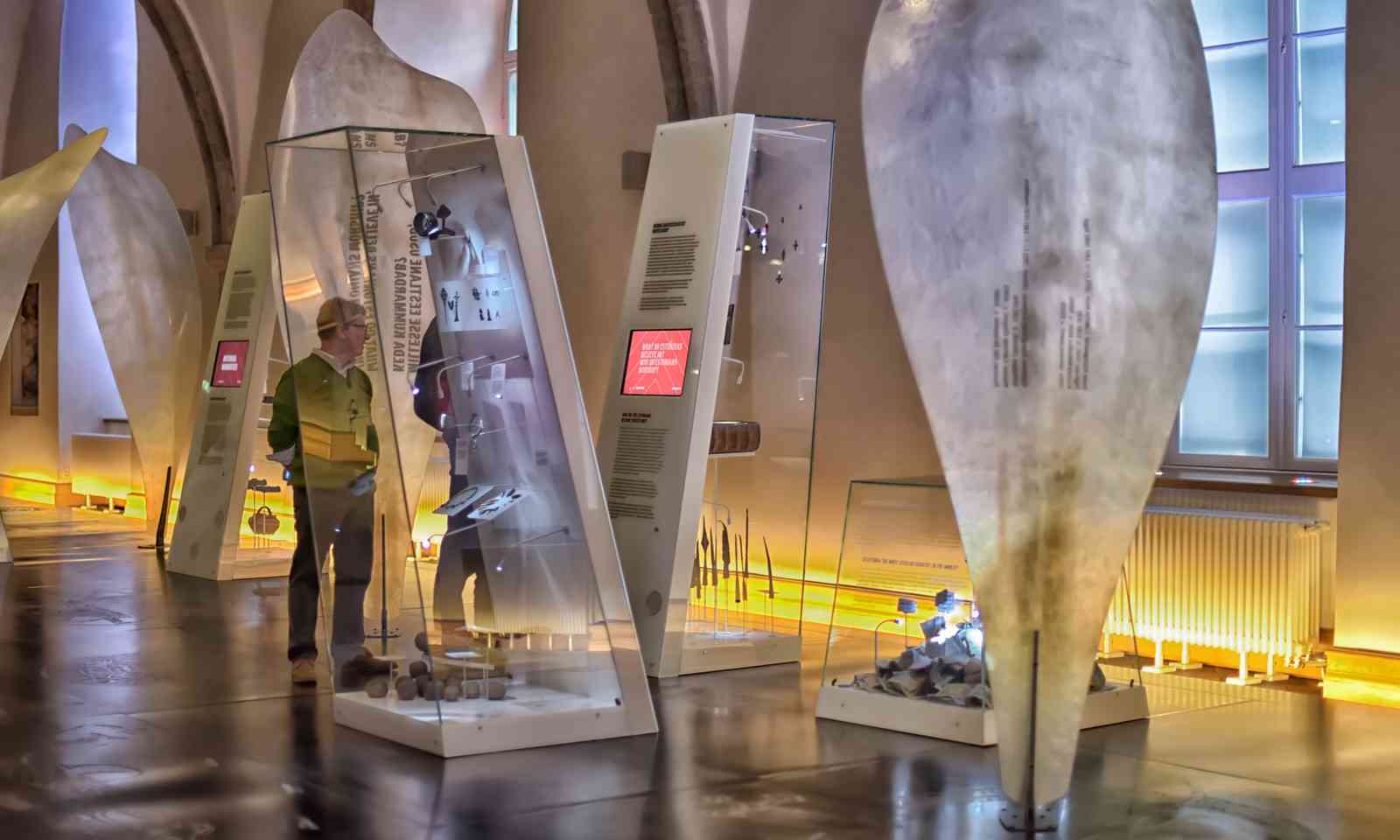 There are countless museums across Tallinn, each detailing a different aspect of the city's history.

The Estonian Open Air Museum has collected venerable buildings from all over the country and placed them in a forest on the edge of the city. The Tallinn City Museum and the Estonian History Museum present key moments from Estonia's history in engaging, interactive displays. The Museum of Occupations reflects on the hardships of half a century under Soviet rule.

Check out some of the city's quirkier museums too. The Lennusadam Maritime Museum is housed in old seaplane hangers that were the first concrete shell structures ever built. The Viru Hotel KGB Museum details the clandestine operations performed in this KGB hangout, including counterfeiting foreign currency and laying honey traps for unwitting foreign dignitaries. The Nuku puppet museum houses some of the most challenging and terrifying puppets you are ever likely to encounter.

Finally, head to the KUMU museum, one of the largest art museums in Northern Europe. It is one of five branches of the Art Museum of Estonia and looks very much like a super villain's lair. Each year, the museum hosts KUMU ÖÖ, a mini festival where the museums stays open all night and guests dance until the sun comes up.

5: Nature on its doorstep Walking across the bogs in Lahemaa National Park (Dreamstime)

Estonia is a remarkably compact country and Tallinn is a small city, so nature is never far away.

Situated on Estonia's northern coastline, it is close to quaint fishing villages and wild beaches where ancient pine forests grow close to the shore. The islands of Naissaar, Prangli and Aegna are easily reached by boat from Tallinn harbour. Take care on Naissaar Island, as it was used as a firing range and unexploded ordinance is still occasionally found.

For something completely different, head to Lahemaa, Estonia's largest national park. Only an hour east of Tallinn, it is home to Viru, one of Europe's largest bogs. A boardwalk allows you to walk around it, but why not try your hand at bogshoeing, a popular Estonian pastime that is often combined with a spot of berry-picking.