Set beside the glittering Adriatic Sea, Pula is home to world-class festivals, fresh and affordable cuisine, and the most complete Roman colosseum in the world. Here's why you need to get there now...

1. The best-preserved Roman ruins outside of Italy 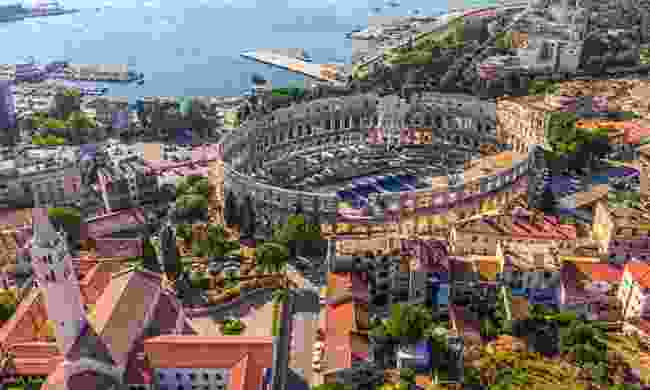 The Arena in Pula (Dreamstime)

Pula was an important provincial centre during the later period of the Roman empire and its legacy of public buildings from the time is among the most impressive in Europe.

The star, of course, is the Arena. Constructed between 27 BC-68 AD, it is the only Roman amphitheatre in the world with a complete circle wall and one of Croatia’s architectural gems. It was built to hold 20,000 spectators and is still used today as an outdoor cinema and to host events as diverse as ice hockey, foodie markets and Tom Jones concerts.

The Temple of Augustus, in the city’s old Forum, is impressive too. Bombed during the Second World War, it was painstakingly rebuilt and today houses the Pula Museum of Archaeology. Other Roman relics worth seeking out include the Arch of Sergius and an impressive mosaic floor, discovered by chance after the buildings near Chapel of St. Maria Formosa were destroyed during WWII. 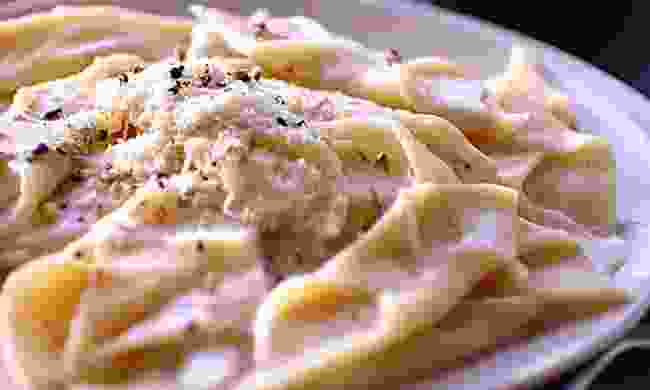 Istria was part of Italy until 1947, and the influence of Italian cuisine is still apparent in Pula. Pizza, pasta and gelato are staples. At times it feels that you are dining in a far-flung corner of Tuscany.

Pula is also a major fishing port, so the seafood there is excellent too. Head to the restaurants dotted along the Limski Canal for the freshest oysters and mussels.

Istria is also famed for its white truffles. Grated on to fuži pasta (small rolled pasta sheets with veal sauce), it is a rare treat for your tastebuds. Head to Restaurant Zigante for a wide range of truffle-inspired dishes, or hunt for your own on one of Pula’s unique truffle tours in the Motovun Forest.

3. A flamboyance of festivals 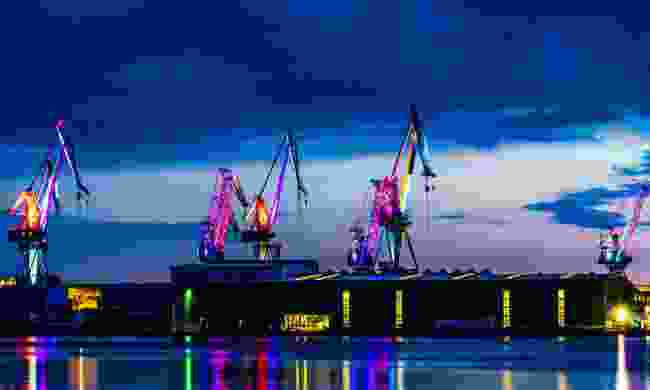 Throughout the summer, Pula transforms into a city of festivals, with every public space hosting international concerts, plays and films. Watch a film in the old Austro-Hungarian Kastel, enjoy a classical concert in the Forum, and take your pick of any number of cultural events in the Arena. There is a host of modern music festivals held in and around the city too, covering everything from reggae through to drum and bass.

One of Pula’s main attractions is the Lighting Giants installation in Uljanik shipyard. A series of cranes are illuminated as part of a light show each evening between 9pm and midnight. Each show starts on the hour and lasts 15 minutes.

The annual Visualia festival sees the Lighting Giants illuminated in new innovative performances each year. Displays of 3D video mappings, as well as visual and audiovisual installations make up the three-day long festival.

4. The world’s best malvasia wine and most unusual rakija 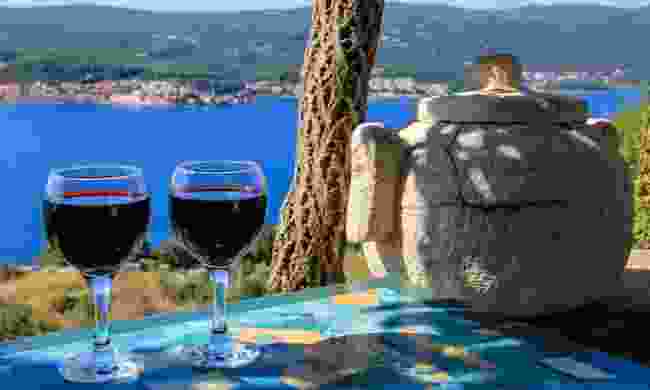 Wine with a view in Croatia (Dreamstime)

The climate and soil of Istria are perfect for producing wine. Wine growing is in the blood of the local people and the region is famous for its top quality muscats, merlots and cabernet sauvignons.

For an authentic taste of Istria, try a white wine made from the indigenous malvasia grapes. Full, rounded and harmonious, it has notes of the local acacia flowers and is perfect with local seafood dishes. For heartier meals, the local Coronica Malvazija is recommended.

The local rakija is worth seeking out too. In Istria, Rakija comes in honey and mistletoe varieties, renowned for their sweet flavour and yellow-brown tint. It is a popular aperitif and a bottle makes a perfect souvenir of your stay in Pula.

5. The incredible nature of your doorstep 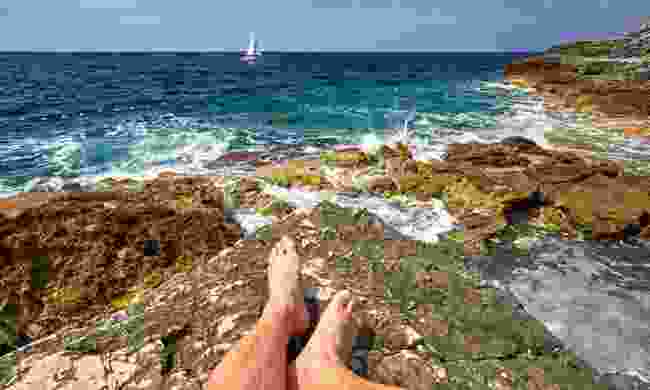 Soaking up the sun near Pula (Dreamstime)

Although Pula is the largest city in Istria, nature is never far way.

Just to the north of the city you’ll find Brijuni National Park, a collection of densely wooded islands. It’s not just about the sparkling seas and white beaches - you’ll also find Roman villas, a Knights Templar church and dinosaur footprints from the Cretaceous Period. Head to Fazana where boats leave regularly for the islands.

Head south and you’ll find Cape Kamenjak, a craggy headland that marks the southern most tip of the Istrian peninsula. A world away from the slick resorts elsewhere on the Adriatic, it’s easy to find a rocky cove or shingle beach all to yourself. If you’re brave enough, there are plenty of cliffs to jump off, just like the locals.