Pos (aka Kelvin Mercer) from De La Soul picks his Top 5 soulful music cities around the world, from the home of Motown to Africa’s greatest live music scene 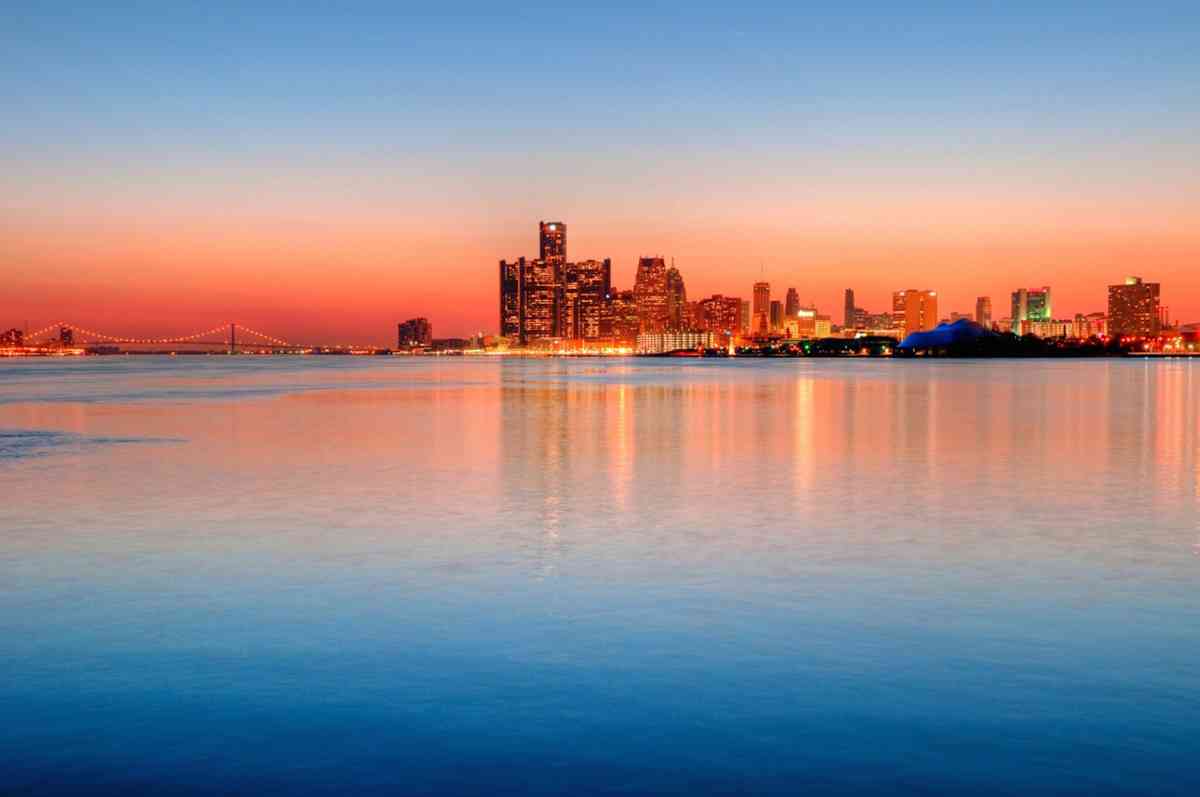 Detroit has the amazing history of Motown. It’s a city rich in soul and one of my favourite cities to go to, no question. I would definitely say Motown was a big influence on me, because my father was into a lot of soul music. The earliest records I remember him playing were by people like Stevie Wonder, The Temptations, Marvin Gaye...

I was always into music, so instead of running around with the rest of my older brothers, playing, I would be standing near my father while he played his 45s.

Detroit is also a great city from a hip hop standpoint. A a lot of great hip hop has come out of there. With hip hop and soul before it, it’s a case of see the history of what came before us.

The city has a unique character and I think the music comes from the struggle, what people coming up in that Motown era had available to them and what was going on at that point. Whether its how you grew up going to church and how you learned to free your soul by singing to God, that was all part of it.

I know how it was in hip hop. You talked about what you had because you didn’t have a lot. You dressed a certain way and carried yourself a certain way because you really weren’t like that, but it bled through to your heart and your soul. 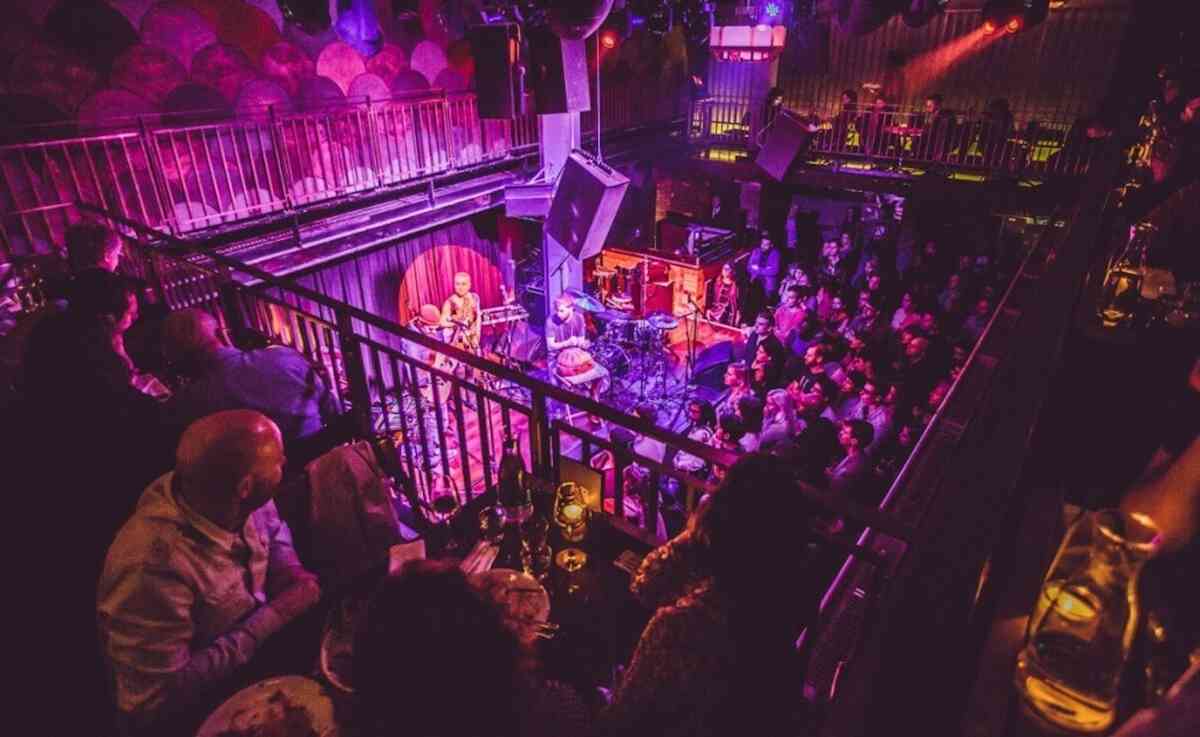 We’ve spent a lot of time in the UK. When De La Soul first came out, that was one of those places we really wanted to go to. We were doing music, and we obviously knew a little bit of the history of all these great groups that came from this massive area of London.

I’ve been coming to London since 1988, every year, so London is pretty much like a second home. It was more than just a place that we came to perform. It was a city where we knew there were a lot of great people, and those people became our family. It was great getting to know cool people like Soul II Soul and, on the hip hop side, Rebel MC, or whoever else was out at that time.

We thought “Wow, look at the great soul music that they have.” It was kind of funny that record labels were so keen on having these great artists be ready to make their mark in the States because what you had there was so great on its own.

London is so cool because there’s music from all angles: punk, rock, soul music, rap. A lot of the staples came from out of the UK, without question.

There are so many great music venues. We played everywhere from Brixton Academy to the Jazz Café. The Town & Country was a really dope one. We’ve even been blessed to play at Wembley at certain times. 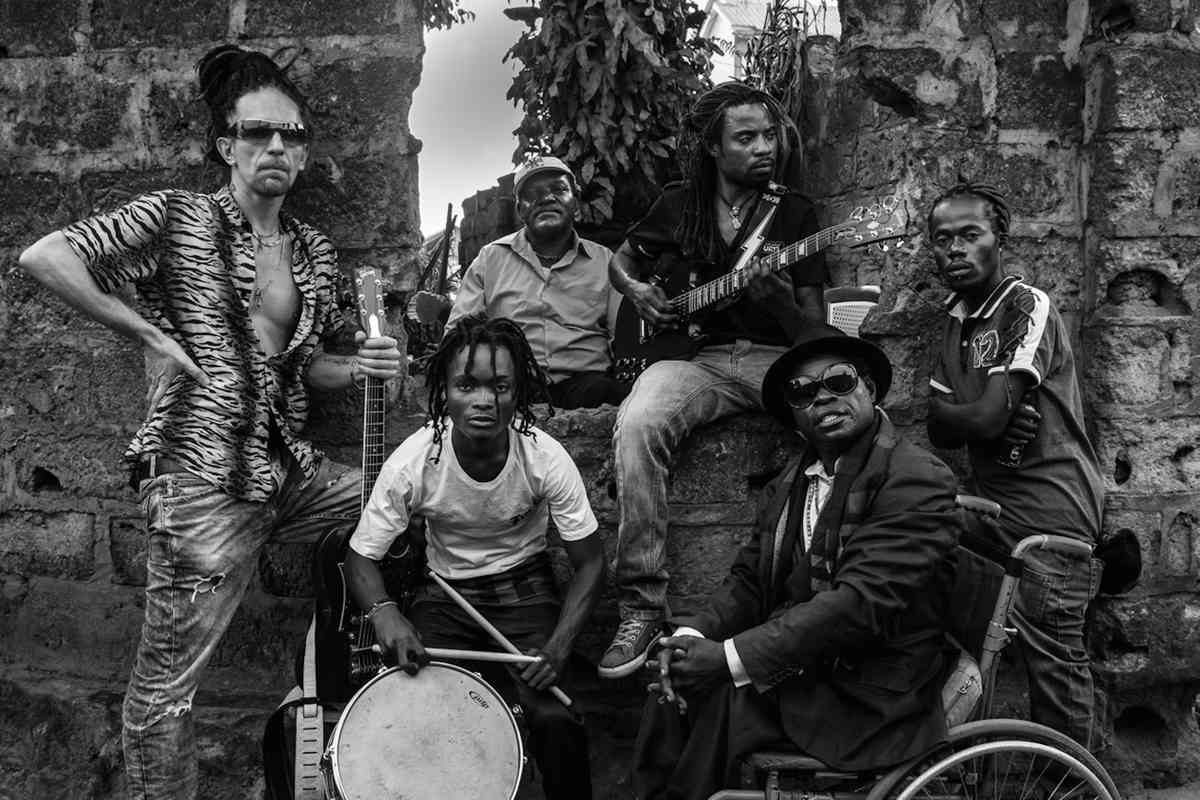 We went to Kinshasa in the Democratic Republic of Congo and that was absolutely amazing. The music is so rich throughout the continent of Africa. You can just go up and down Africa.

We spent time in the Congo with Damon Albarn from Gorillaz with his project Africa Express, so we got to meet up with musicians from there. It’s mind-blowing to have these musicians who, in this place where they live, don’t always have access to instruments. Sometimes, their instruments are pieces of wood and they made amazing music with them. I think that was the true definition of soul. You use your mind and you use what’s in you to make anything sound good.

We saw one young musician who had a bunch of different trash bags and bamboo. When he hit on them, he made it sound like a Moog organ. He would just play it so eloquently. It was absolutely mind-blowing. Another kid had some chicken wire over a piece of iron. He was plucking it like a guitar and was making the most amazing sound. There’s a bunch of musicians out there taking what was around them and making the best thing out of it. That was a great experience that we had there.

Kinshasa also has some great bars and places where bands play music. Another thing in Kinshasa that I love and that I wish I could see in the United States is that you could have an artist performing and you’d see in the crowd a 68-year-old person and an 18-year-old person connecting to that artist. They connected through what was going on in that city. It wasn’t about just partying. It was about life being a struggle and what they’re going through.

It was just amazing to be standing in a club and you’ve got a 60-year-old standing there and 18 year-old guys and girls, and they’re all partying and jamming and finding the soul in the music together. That was absolutely touching. 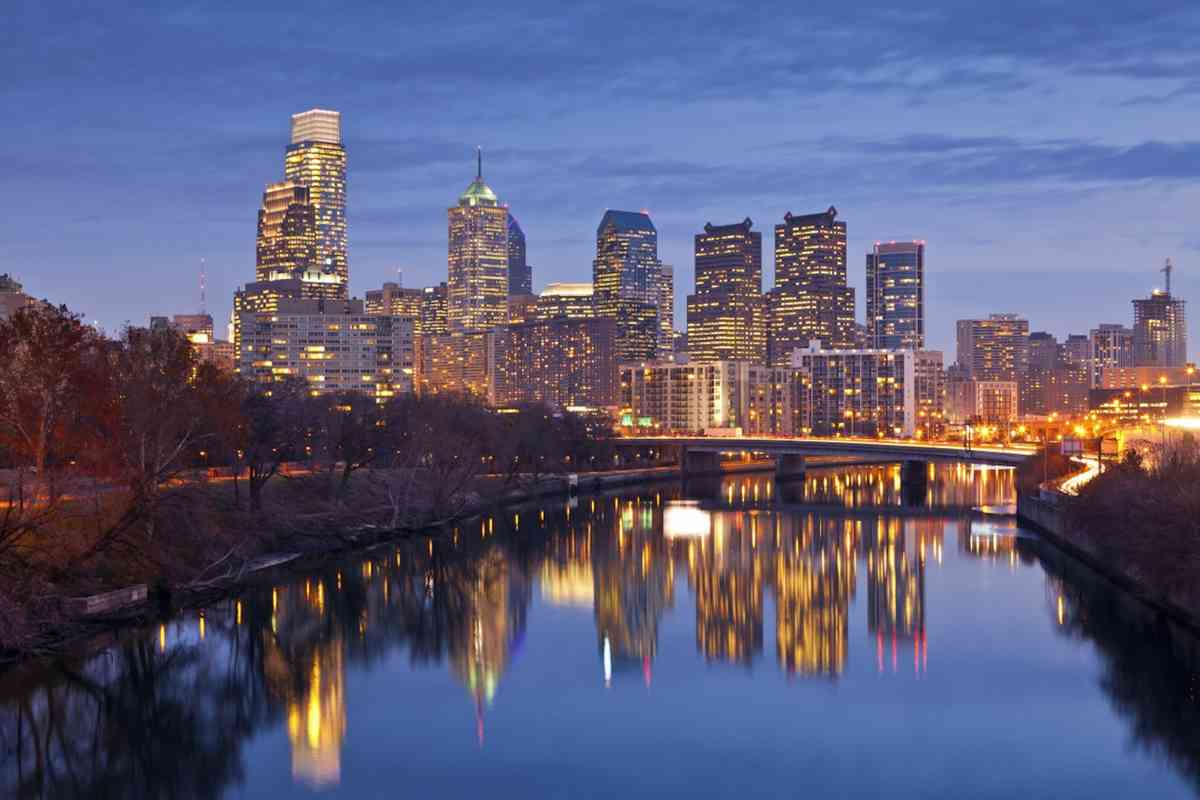 A lot of great music came out of Philadelphia. I grew up hearing records by artists like Gamble and Huff, Howard Melvin and the Blue Notes, the Four Tops, Teddy Pendergrass… Years later, when it came to sampling, we’d apply the history of my father’s collection to the music that De La Soul was doing. I remember hearing music with amazing orchestral arrangements that went beyond even the disco days, just really layered, soulful music.

Philadelphia is one of those key music cities. Even today, The Roots are like graduate students of that city. They’ve been one of the key representatives. My own understanding of hip hop came from a band like that who could play anything and knew how to put together great arrangements.

My feelings about Philadelphia are similar to what I feel about Detroit. People were using what was given to them. Once the godfathers come along and lay down that foundation, all the children after them can choose to lay down from that foundation.

I have friends that come from Philly. I know they have a great live scene, even now. It comes into their hip hop as well. It wasn’t just about cats beating on drum machines. They also had open mic nights and people rhyming. I would hear from friends of ours about a lot of the great live jam sessions. A band like The Roots used their jam sessions to put together records, allowing different people to come into the scene. All these things they retrieved from the jam sessions went into sparking an audience and making a song. 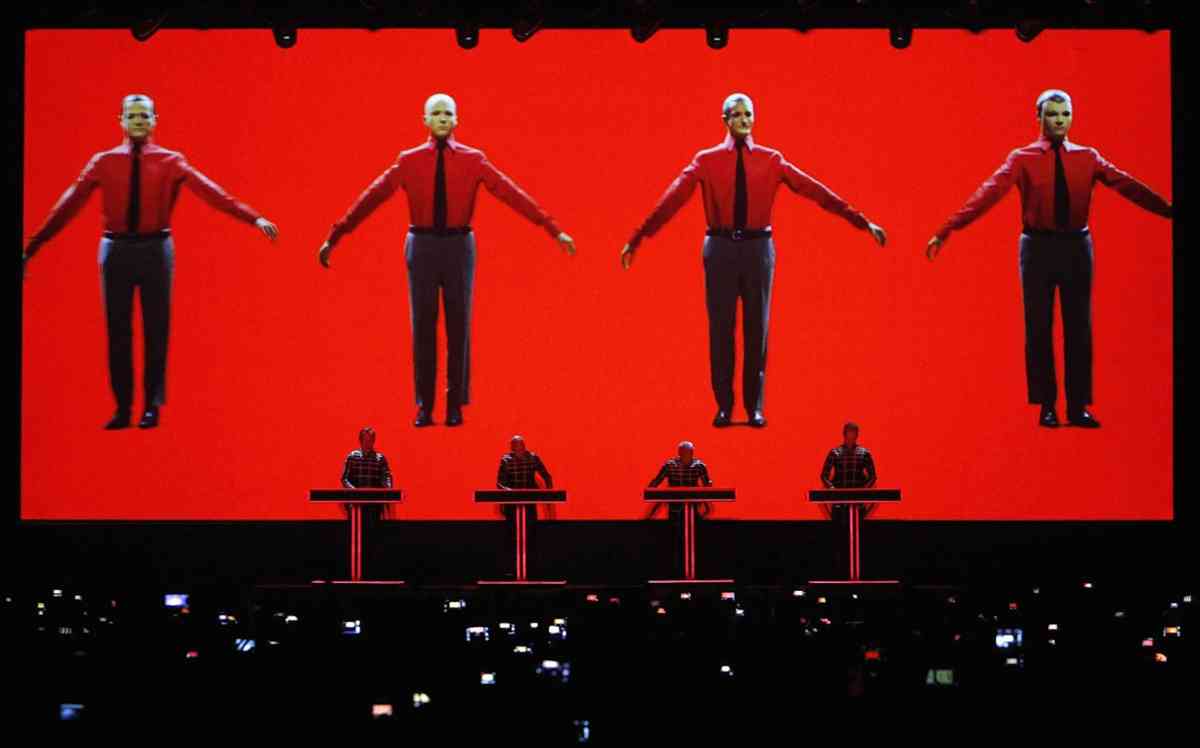 Germany has such great music. Coming from the US, a lot of people know bands like Kraftwerk, who are not from Berlin, but they’re a great German band.

I love how the city of Berlin, along with the rest of Germany, respect their own artists. I love that you could go there and find that the majority of music that’s being be played on the radio would have to be German. I really respect that.

The movement of music that has come out of Berlin is so strong. It’s had a big history of people recording there, like David Bowie and Iggy Pop. It’s also amazing from a hip hop standpoint there and how much they appreciate hip hop, and not only hip hop music but their own music too. I recall being younger and people from the States who were in the army would come back from Germany and say: “Yo man, they really know their music there. They know all of our music, and then some.” They’ve got great taste in music.

Berlin is a really diverse place for music. They have techno and electro. They have hip hop, a heavy metal scene. All those things jumble together.

De La Soul’s latest album And The Anonymous Nobody, the group’s first album in 12 years, is out now on AOI. The album features contributions from Snoop Dogg, Damon Albarn, David Byrne, Estelle and more. It has been nominated for Best Rap Album at the 2017 Grammy Awards on Feb 12.

The band will be touring the UK in Feb and March, starting Feb 22, with a concert at the London Roundhouse on Mar 10 with a full live band. They also have gigs in Iceland, Thailand, Spain and elsewhere. See www.wearedelasoul.com for details.