Thailand has so much to offer travellers: abundant nature, island-hopping, floating markets and ancient Khmer castles. Here are the top things to do in this vibrant South-East Asian nation...

1. Marvel at The Grand Palace, Bangkok 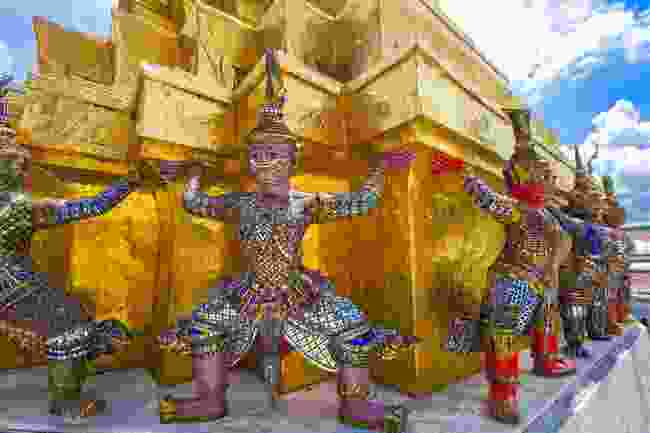 The Grand Palace and the breathtaking series of buildings surrounding it is now over 200 years old, and remains perhaps the most famous, recognisable destination in Bangkok.

Yes, it can feel like a tourist trap at times, but the complex's vast history and gold-dripping grandeur is palpable: since 1782, it has been the official residence of the Kings of Siam (and later Thailand).

While you're exploring the Grand Palace, don't miss the Emerald Buddha and nearby Wat Pho, which is home to the largest reclining Buddha in Thailand. Another must see is Wat Arun, the Temple of Dawn, which is stunning from a distance and intriguing close up, with its mosaic detailing, as you climb to the top.

Sunset is a particularly attractive, if busy, time to admire the palace. As the sky darkens, the Grand Palace is illuminated, and although you'll likely still encounter the crowds even into the night, it's a very romantic experience.

2. Meet Myanmar (Burma) and Laos in the Golden Triangle 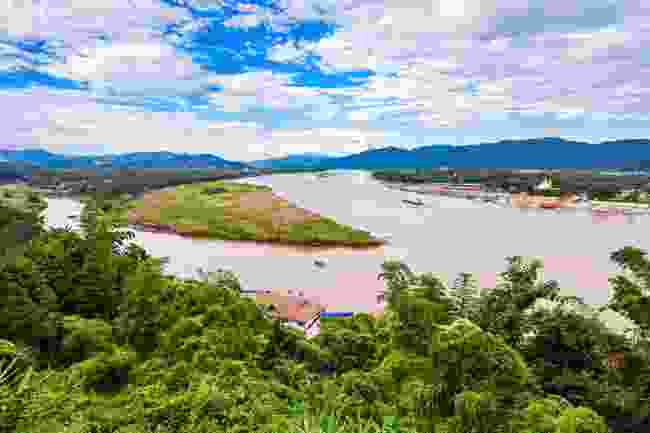 The point where the Mekong River meets the Ruak River is known locally as Sop Ruak, but to the rest of the world it's the Golden Triangle: the point at which Myanmar (Burma), Laos and Thailand meet.

Even standing on the Thailand river bank, you can look across to Myanmar and Laos, though you may wish to hire a boat for an even closer look. You won't get lost: there are plenty of market stalls, Buddha and elephant statues, and plenty of signage to confirm that, yes, this is in fact the Golden Triangle.

Sop Ruak was once known as a prolific opium-growing area, and the exhibitions at the Hall of Opium in Golden Triangle Park, offer a solid introduction to the local history and effects of the industry, as well as the potency of the drug.

If you fancy venturing further off-course, see our guide to alternative itineraries in Thailand. Likewise, once you've seen all Thailand has to offer, keep cruising along the Mekong to visit Myanmar or Laos. The choice is yours... 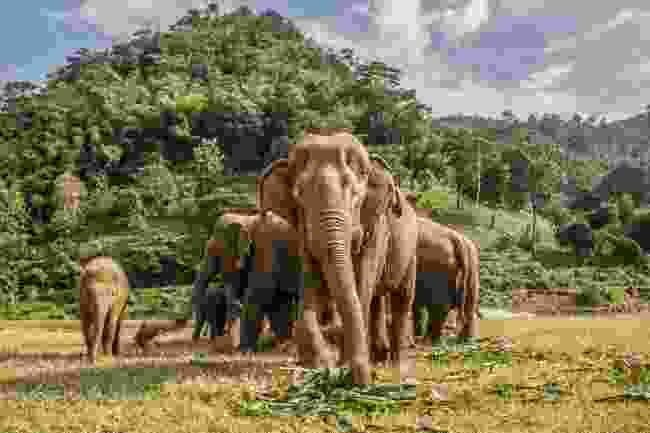 The elephant is Thailand’s national symbol and is considered a highly-revered animal. There are plenty of ways to encounter or work with the animals all over the country. Unfortunately, animal cruelty is a real problem in some elephant 'sanctuaries' – for instance, avoid any centre that makes the elephants perform tricks.

Fortunately, there are plenty of good ele' experiences out there. The Elephant Nature Park rehabilitates rescue elephants, and your visit helps their work. To combine your elephant experience with luxury accommodation, try the award-winning Elephant Hills; a comfortable tented camp, with opportunities to interact with the animals.

4. Hop through some of the world's prettiest islands 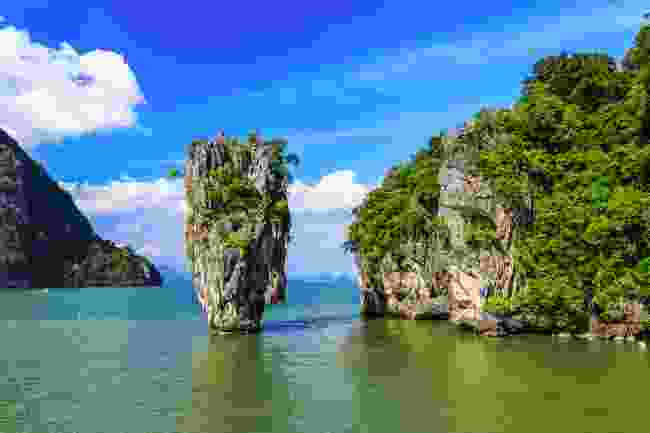 Thailand boasts over 5,000 miles of coastline, all of which is just waiting to be explored. Travel by long-tail boat and discover as many beaches and islands as possible.

See Phang Nga Bay and the limestone rocks off Thailand's west coast. You know the ones – they're frequently photographed. Or island hop in the Andaman Sea off of Phuket and Krabi. Here, you'll discover white sand beaches and abundant snorkelling on Ko Phi Phi Lee and Ko Phi Phi Don.

The calm sea and clear conditions are perfect for kayaking, too. It's a great way to explore the islands without the masses on tourist boats or passenger ferries, and take the experience at your own pace. The coastlines of Koh Phan Ngan, Koh Tao and Koh Samui in the Gulf of Thailand are particularly picturesque. 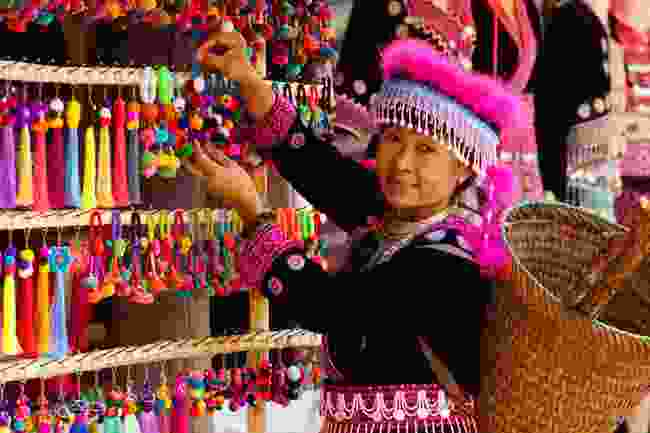 Akha, Lisu, Hmong and Karen tribes are found all across the north of Thailand. Take a break from the tourist trail, and spend a day or a few nights with a local family to learn and experience their way of life.

Choose your tour guide wisely – ensure that they operate in an ethical and sustainable manner. 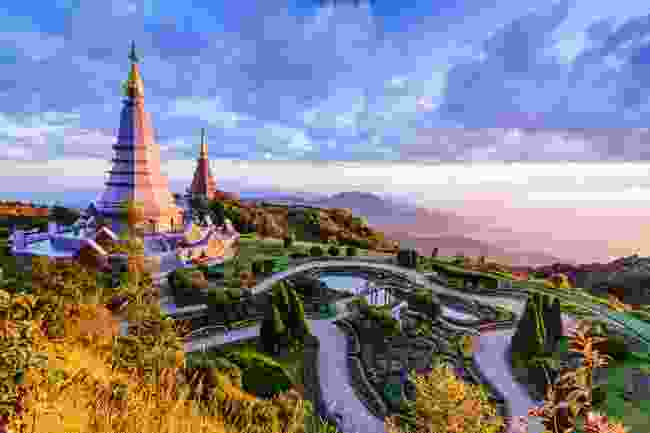 See another side to iconic Chiang Mai, Thailand (Shutterstock)

In the hills of northern Thailand sits Chiang Mai, a city popular with everyone from experienced travellers, to backpackers on their inaugural South-East Asia adventure, to digital nomads who call it home.

But are there are any hidden corners left in a city so firmly on the beaten track? Magnificent wats (temples) are a dime a dozen here, and you won’t miss the classics. But don’t shy away from the lesser-visited temples, like the ornate complex at Wat Ket Karam located on the River Ping, or head approximately 50km north to the intricate Buddhist temple, Wat Ban Den.

Had your fill of temples? Shop artisan crafts and experience the city's arty side at Baan Kang Wat Artist Village, a community of creatives neatly tucked away in the Doi Suthep hills just outside of the city's Old Town.

7. Get soaked during Songkran Festival 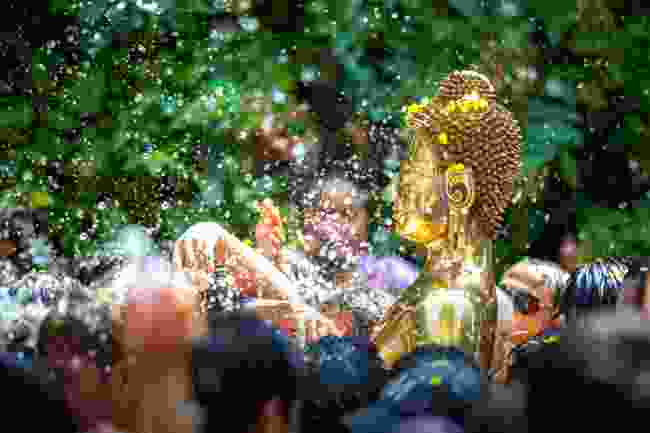 Revellers get drenched during Songkran Festival in Thailand (Shutterstock)

Every April, Thai locals and visitors alike gather their supersoakers and prepare to get wet during Songkran, Thailand's unique New Year celebration. Of course, there's much more to it than taking to the streets with a water pistol in tow. Our guide to Songkran will explain it all.

Other must-experience festivals celebrated all over the country include  Loi Krathong in November, and the Naga Fireballs in October – a natural phenomenon that occurs just once a year. Visitors are very welcome to respectfully join the locals as they celebrate. Certainly, these festivals will offer a unique insight into local customs and traditions.

8. Float on by a floating market 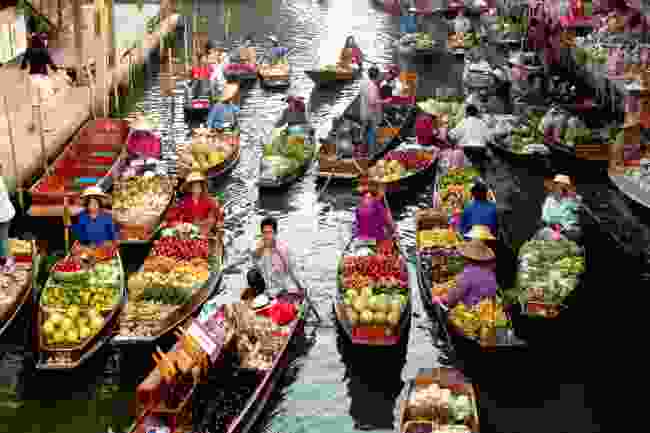 It's the iconic photo shot: the floating market, with rickety wooden boats piled high with colourful local produce. You're spoiled for choice across Thailand, so simply pick your market, and arrive early to avoid the crowds and bag the best bargains.

Damnoen Saduak, Ratchaburi is the most famous of the floating markets, located 100km south-west of Bangkok en route to Hua Hin/Cha-am. Amphawa Floating Market in Samut Songkhram is a real gem, open only in the afternoons, and situated next to a temple.

Taling Chan Weekend Floating Market in Bangkok has only fairly recently been discovered by tourists. To this day, it's still very authentic and frequented by the locals. While you're there, you must try a range of Thai fruits including custard apples, yellow longan and the pungent durian.

9. Explore the dark side of Kanchanaburi 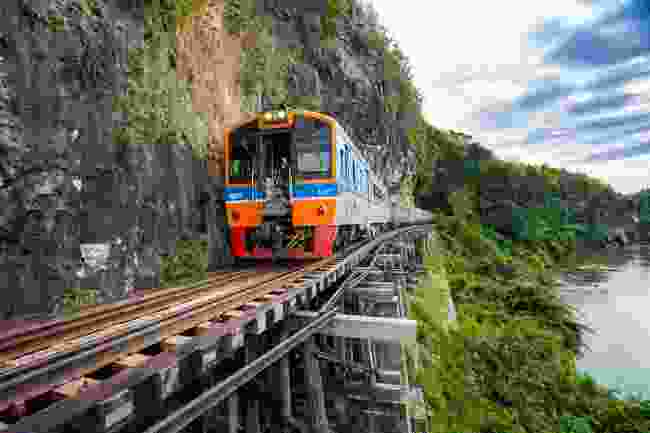 Kanchanaburi province, an area of lush forest and a haven for backpackers, has a dark past hidden beneath the surface.

Here, you'll find the start of the infamous Death Railway (which links to Myanmar), and the bridge over the River Kwai. Both are haunting relics from the Second World War, constructed by prisoners of war. It's a chilling spot, but essential on any Thailand itinerary.

Close by is what's left of the controversial Tiger Temple, which was the focus of some damning animal welfare reports, and began closing down in May of 2016, after the Thailand Wildlife Conservation Office intervened. As of 2020, the site is no longer a visitor attraction, with few animals remaining on site.

As with anywhere in the world, there are always tempting opportunities to experience close-up encounters with wildlife. Thailand will have its fair share. As always, consult other travellers for advice, read reviews, and follow your conscience before booking. 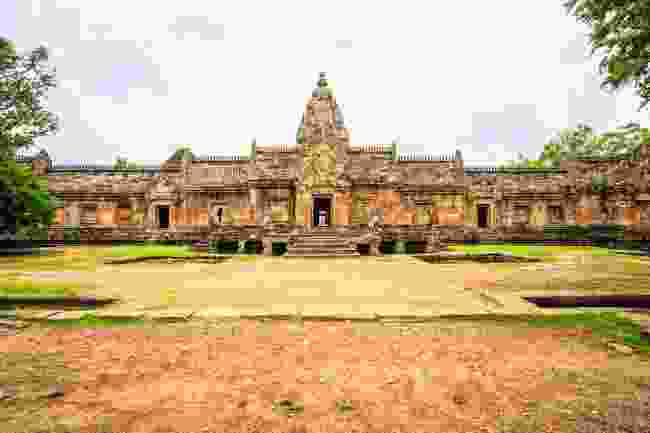 A Khmer castle made of sandstone in Phanom Rung National Park, Thailand (Shutterstock)

Most travellers with any interest in South-East Asia will know Angkor Wat: Cambodia's undisputed travel icon, originally built during the Khmer Empire as a Hindu place of worship. Head to Phanom Rung Historical Park and Phimai Historical Park in Thailand, and wander around similarly impressive Khmer relics, many built in the 12th century.

Phanom Rung, in the Buriram Province, is located at the summit of a volcano. Reach the top and you'll be greeted by views of Cambodia in the distance. Turn your attention back to the historical sites before you, particularly Prasat Phanom Rung, thought to be built sometime between the 10th and 13th centuries.

11. Hike through the UNESCO-listed nature 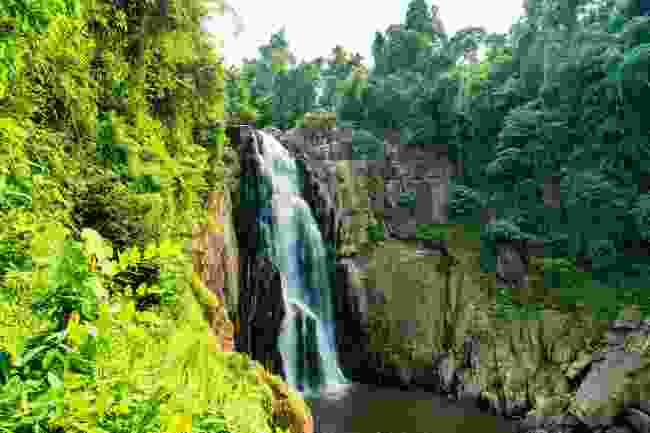 Of course, Thailand's natural wonders don't end with its national parks. Consider visiting some of its best-known waterfalls, all renowned for their size and tranquility. At the16-level Khao Sai Dao Waterfall, which flows year-round, visitors can also enjoy the wildlife sanctuary. Erawan Waterfall is made of seven tiers, each feeding freshwater pools prime for swimming. Thilosu Waterfall might be the ultimate - it's considered by many to be the most beautiful waterfall in South-East Asia.

12. Shop til you drop, wherever you go 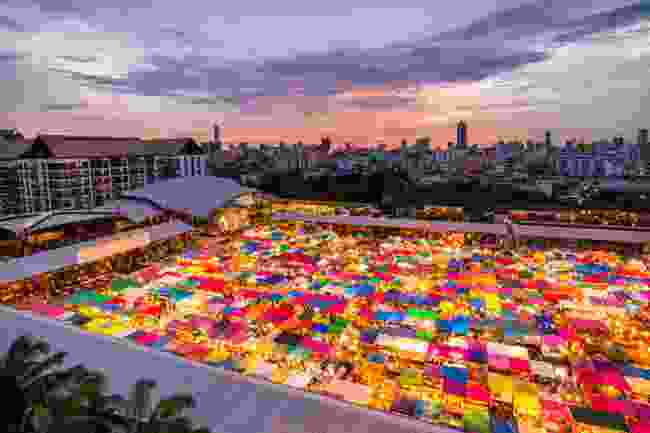 Chatuchak: a haven for secondhand goods in Bangkok, Thailand (Shutterstock)

From street stalls to bustling markets (all on land), you can shop at every turn. In Bangkok, Chatuchak (JJ Mall) is one of the biggest, best-loved secondhand markets in the country, taking place every Saturday and Sunday. Each night from 4pm, city dwellers can also peruse the Asiatique Night Market, full of kitsch stores and street food stands.

Travelling north to Chiang Mai, the daily Night Bazaar is probably your first stop. Each Saturday, Wualai Walking Street Market opens from 2pm, and is a short distance from the city's walls. Expect locally-made souvenirs, street food treats and a few hidden gems - though make sure you're getting a good bargain.

Whether you're in a large city or a smaller village, northern Thai markets and shops often specialise in local handicrafts, wooden carvings, silverware, silks, pottery and furniture. Korat in Nakhon Ratchasima has a popular night market, too.

With thanks to Tourism Thailand for their contribution to this article

How to really see Thailand (without the tourists)