Iceland is a whirlwind of exploding geysers, bubbling hot springs and endless mountainous landscapes. Here are 10 experiences that take you to the heart of this remarkable country. 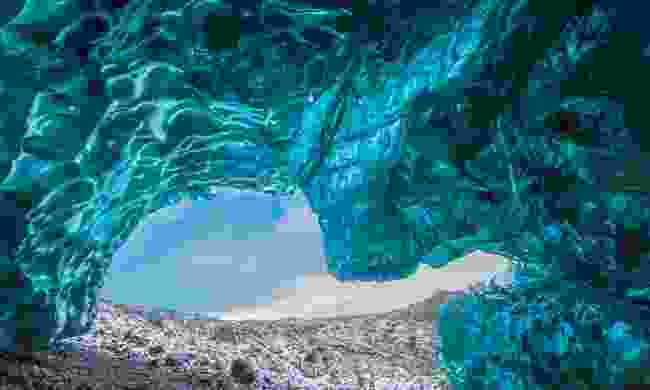 You’re never far from a glacier in Iceland, with over a tenth of the total land area covered by ice caps. Indeed, the country has 269 named glaciers of almost every variety, from ice caps and outlet glaciers to mountain glaciers, alpine, piedmont and cirque glaciers.

You can even venture inside a glacier. Iceland’s ‘Into the Glacier’ experience takes you 800 metres along a man-made ice tunnel into the heart of Langjökull, Iceland's second largest glacier. Or you can tour natural ice caves from mid-November to March, when the glacial rivers retract and the water freezes. 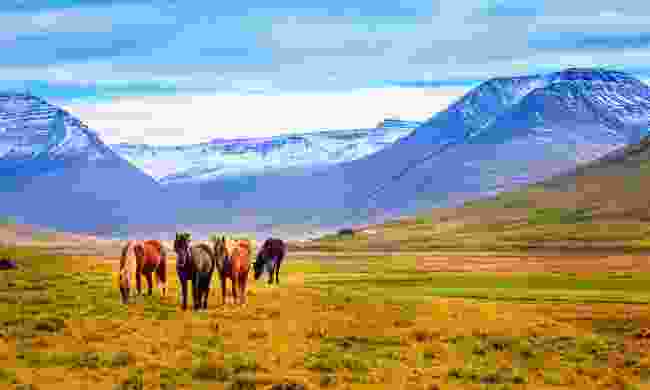 Hardy and inquisitive, Icelandic horses are as tough and uncompromising as the environment they live in. First brought to Iceland by Vikings, you’ll spot them everywhere - grazing on vast green plains against a backdrop of volcanic mountains, trotting along black sand beaches or simply standing beside a fence, huddled against the cold.

Riding an Icelandic horse is a great way to experience the wild landscapes of Iceland's interior. The horses have two extra gaits, meaning they can do more than just walk, trot and canter/gallop - unique to the breed and perfect for the conditions you’ll experience. The most comfortable gait is the 'tölt', a kind of running walk that will immediately transport you back to a time of the Icelandic Sagas, tölting across the rugged terrain past giant mountains and thundering waterfalls.

3. Relax in a hot spring 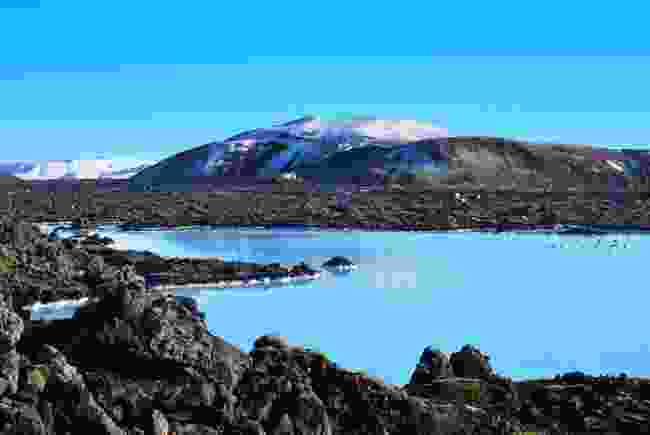 Icelandic folk have been bathing outdoors in thermal pools since Viking times. Indeed, some claim the country’s predilection for taking a dip in a hot spring is the key to its happiness.

The Blue Lagoon, with its vividly colourful water, is the most famous of Iceland’s pools - the warm, steamy waters here are said to have natural cleansing and healing properties good for the skin. The Myvatn Nature Bath is popular too, set amongst the Martian landscape of craters, fissures, lava beds and solfatara. For a truly spectacular setting, try the pool set on the bleak slopes of Eyjafjallajökull, a short drive and hike from the Eyjafjallajökull Visitor Centre. The water is heated by the same volcano that caused so much chaos a few years before.

The good news is that there are thermal pools dotted all over the country, including a naturally heated footpath next to Reykjavik harbour in the suburb of Seltjarnarnes. Ask a local for directions to their favourite. Chances are you’ll have it all to yourself. 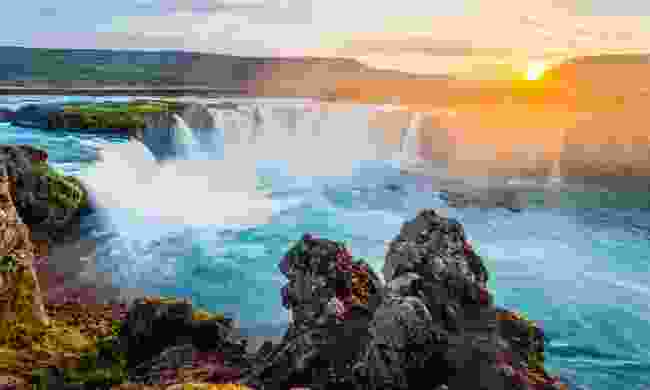 The monumental power of nature is evident across Iceland, but it's the country’s spectacular waterfalls that'll make you feel it the most. Whether plunging over towering volcanic cliffs or coursing through old gorges, their unbridled power is overwhelming and energising.

Gullfoss, a popular stop on the famous Golden Circle route, plunges 32 metres over a tight gorge. Seljalandsfoss, on the south coast, is narrow and tall, with a slippery path that lets you get behind ‘the curtain’ and watch the sun set across the black sand coast. Goðafoss, one of the most powerful waterfalls in the country, holds a special place in the Saga. It was here that chieftain Þorgeir Ljósvetningagoði threw idols of the Old Norse Gods and declared the country Christian.

For a truly immersive waterfall experience however, you can’t beat Skogafoss. At 25 meters wide and 60 high, it’s one of the most beautiful and dramatic waterfalls in Iceland. A shallow river bank acts as a path, drawing you in with an awesome roar and the promise of a double rainbow. The closer you get, the more drenched you become.

5. Witness a glacier calving at Jökulsárlón 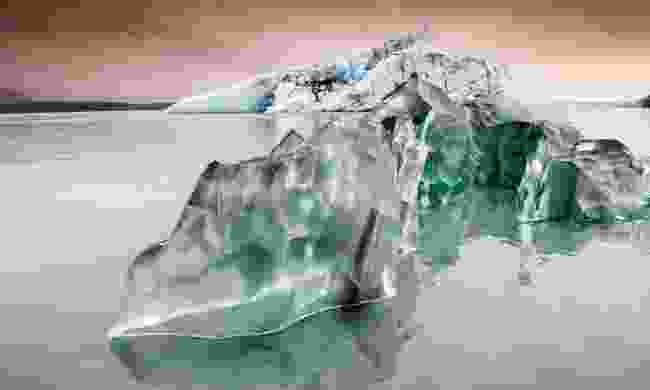 It's a scene as surreal as it is beautiful - a vast blue lagoon dotted with icebergs, fed by a glacier, hundreds of thousands of years old. These huge blocks of ice slowly make their way across the lagoon and through a narrow canal to the sea, where many are washed up on a black sand beach like giant diamonds. No wonder so many visitors rate their visit to Jökulsárlón as the highlight of their trip to Iceland.

The icebergs are created at the north of the lagoon, where the Breiðamerkurjökull glacier (part of the larger Vatnajökull glacier) meets the water. It’s a spectacular sight, which you can watch from one of the amphibious duck vehicles that tour the lagoon. Another more adventurous option is to take to the waters in a kayak, paddling amongst the glacier-blue icebergs, spellbound by the ever-changing drama of these monumental chunks of ice. 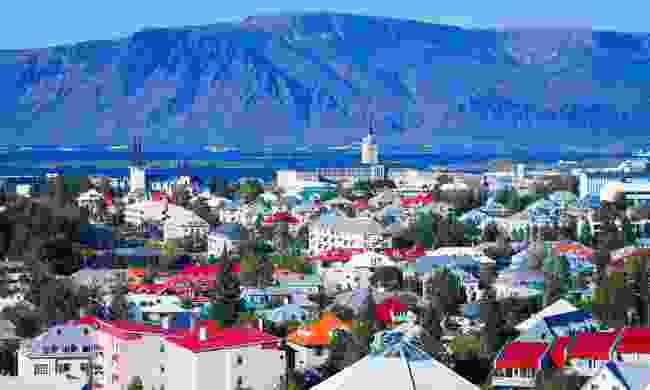 In a country where alcohol is prohibitively expensive, coffee is the social lubricant of choice. It's warming, energising and has been an important part of Icelandic life since the 15th century. Nowhere is this more apparent than in the quirky and atmospheric cafés of Reykjavik.

There are no big coffee chains here. The café scene in Reykjavik is small, but intensely competitive, with owners stamping their cafés with their own personality. Small coffee shops or cafés can be found on nearly every street corner in downtown Reykjavík, with 17 places selling coffee on the downtown streets of Laugavegur and Skólavörðustígur.

Café Babalú is eclectic, eccentric and ebullient, decorated with ancient maps, flower baskets and LGBTQ artwork. At Kaffi Vinyl, the emphasis is on music, with boxes of secondhand records to flick through while you sip your coffee. Reykjavík Roasters is for the connoisseurs - each bean is responsibly sourced and expertly brewed. They also offer brewing and roasting workshops, ideal for those who want to improve their barista skills. 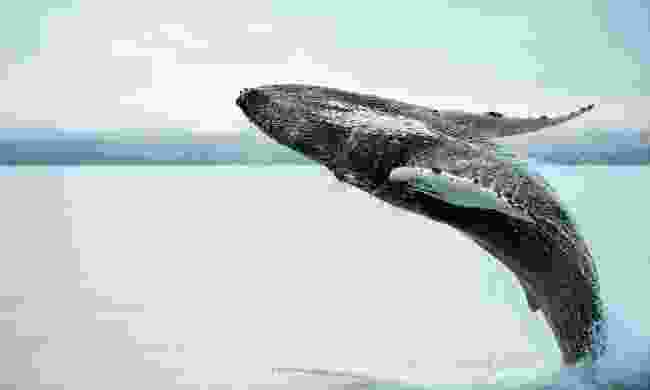 Your chances of seeing whales in the picturesque town of Húsavík are amongst the best in the world. Perched on the edge of Shaky Bay, it’s known as the whale-watching capital of Europe. Humpbacks, minke and blue whales visit the bay so regularly that local tour operators claim you have a 90% chance of seeing one.

Many of the tours use refurbished wooden fishing ships. Chugging out into the bay beside a pod of dolphins is an unforgettable treat. Watch out for puffins diving for fish too - you can spot them bobbing on the water, their catch artfully draped from their beaks.

Back in town, the local Whale Museum is worth checking out, reflecting on the town's gruesome past (it’s housed in the old slaughterhouse) and challenging visitors to play their part in the species' survival.

8. Check out The Great Geysir 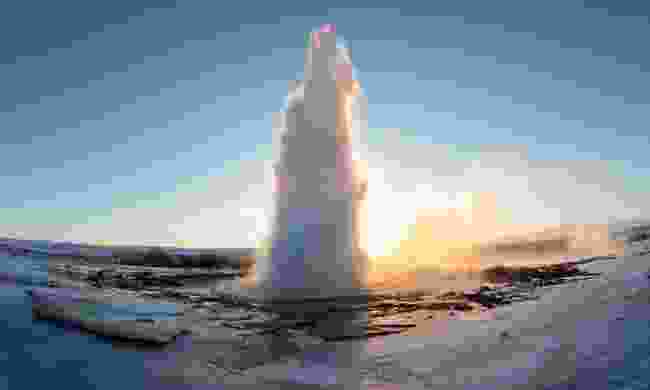 The Great Geysir on the slopes of Laugarfjall hill in the Haukadalur Valley is the monster of all geysers. A mandatory stop on any tour of the Golden Circle, it was the first geyser recorded in any printed source and the origin of the English word ‘geyser’.

Geysir, though, took its name from the Icelandic verb ‘geysa’ (to gush). Not surprising when you watch the eruptions here hurling boiling water up to 70 metres (230 ft) in the air. Its ‘gushing’ is very much determined by recent seismic activity - it gets particularly active after any earthquakes. The lively Strokkur geyser nearby can be counted on to erupt every 5-10 minutes. 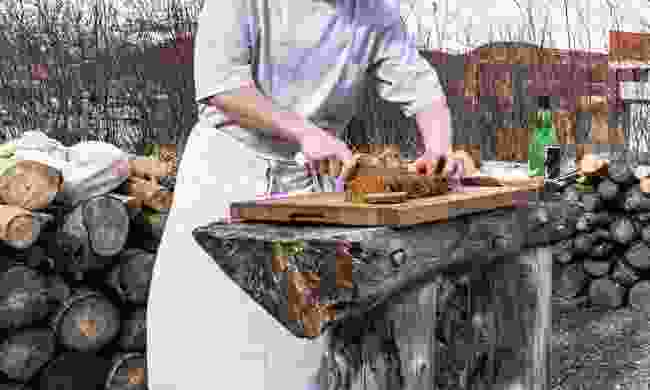 Reykjavik is crammed with restaurants serving traditional Icelandic cuisine. Fresh fish and lamb are the mainstays, and skyr, a yoghurt-like dessert, is popular too. The more adventurous, however, should head to Bjarnarhöfn on the Snaefellsnes peninsula, where you have the opportunity to try the Icelandic specialty, Hákarl - fermented shark.

Hákarl is a delicacy that dates from Viking times and is prepared in a very particular way. It’s buried in sand for 12 weeks, then hung to dry before being cut into bite-sized chunks. It’s definitely an acquired taste.

For something a little more mainstream, you could try fresh-baked hot spring bread, pattered with Icelandic butter and served with geothermally boiled eggs. Prepared in the Strokkur geyser in Haukadalur Valley, it is delicious, especially when washed down with an icy cold glass of Geysir schnapps. 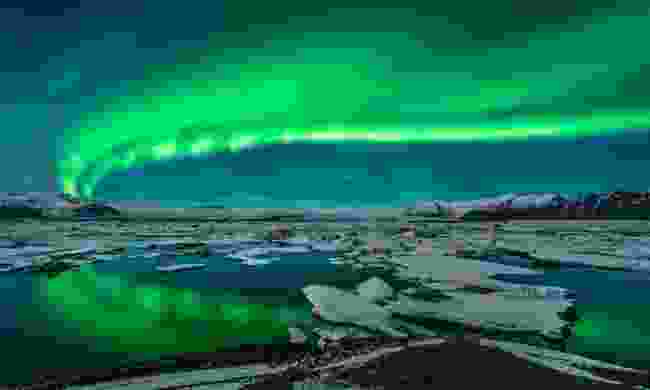 Watching the ethereal dancing lights of the aurora borealis tops most travel bucket lists, with few better places to see them than Iceland. The nights are dark from September to April, with very little light pollution outside Reykjavik. When you add in the country’s otherworldly landscape as your backdrop, you have an experience you’re never going to forget.

You’re spoilt for choice when it comes to locations. You could watch the lights dance above a vast lava plain, swirl above an isolated wooden church or curl around the conical Snæfellsjökull Volcano on the Snæfellsnes Peninsula. The wreckage of an abandoned DC3 on the black beach at Sólheimasandur is another popular hotspot.

There’s also the more indulgent option. Hotels dotted around the country are designed with aurora viewing, and your comfort in mind. You can watch the lights as you eat, drink or kick back in an outdoor hot pool and leave your thermals packed away safely in your bag.

Tucan Travel are specialists in Iceland travel with tours designed to showcase the country’s incredible natural beauty, distinct culture and once-in-a-lifetime experiences. You can chase the northern lights, or travel on a budget through some of Iceland's most famous attractions, or circle the entire country, experiencing everything that it has to offer.