13 top tips for travelling in Iceland, as chosen by you

From exploring national parks to dipping in secret lagoons, riding wild horses to eating fish with local farmers, your top tips reveal there's much more to Iceland than geysers and glaciers... 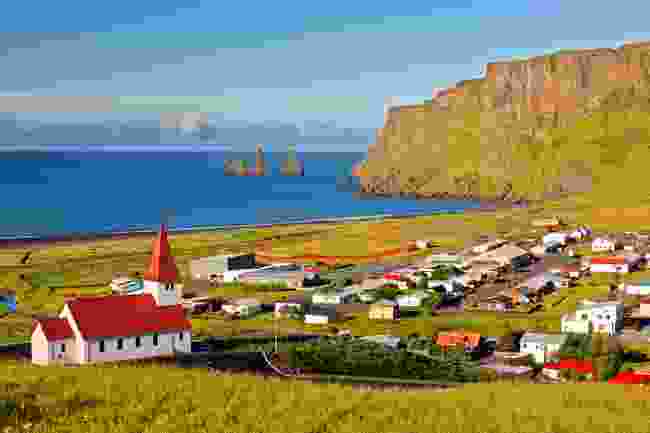 The town of Vik, Iceland (Shutterstock)

“Go to Vik by self-hire car, walk down to the black sands and eat a fish baked in the sand with a local farmer in a shepherd's hut.

It's unreal. I don't like fish, but I had seconds! It's wonderful to spend time with locals too, looking out to the sea.”

“Don't miss riding in the countryside. The Icelandic horses know their way – they know their land, it's in their blood.

Believe me: it's one of the best original travel adventures there is. I'm not a rider or that much into horses, but this is so much more than just riding a horse. This is Iceland. This is a true native, taking you on a ride of a lifetime.”

If you want an authentic experience at Iceland's oldest thermal bath, go to the Secret Lagoon, which is located east of Reykjavik and is much cheaper and less crowded than the Blue Lagoon.

“Make it around to Skaftafell National Park and you won't be disappointed. There's miles of hiking trails in beautiful mountain terrain, views over the glacier and the lava field.

There's also an incredible waterfall of basalt columns and a bunch of trees, some of the only ones in Iceland. The native vegetation is beautiful in summer, and you could see and hear some interesting migratory birds along the way.”

“If you arrive by cruise [into Skarfabakki Harbour], rather than shuttle into town, take the path that follows the coast into Reykjavik.

It's a gorgeous, flat walk gazing out to sea and takes you past the Reykjavik Viking boat sculpture, the Sun Voyager. The walk takes about an hour. I'd also recommend the charity shops for really great bargains...”

A cool diversion from geysers and glaciers is a visit to Laugarvatnshellir: a cave inhabited until as recently as 100 years ago. After hot drinks in a cafe, your host takes you on a tour of how the Cave People used to live.

“If you’re driving the Arctic Coast Way, take a detour and make the ferry crossing to Hrisey, the second largest island in Iceland, out in Eyjafjörður fjord.

Walk past the village’s striking protestant church, and meet the island’s resident ptarmigans – plus you can hike completely crowd-free along a number of trails.”

Beyond its movie star status, it is also the location of the country's oldest house, built in 870AD by Garðar Svavarsson, who is claimed to be the second person to land on Iceland.” 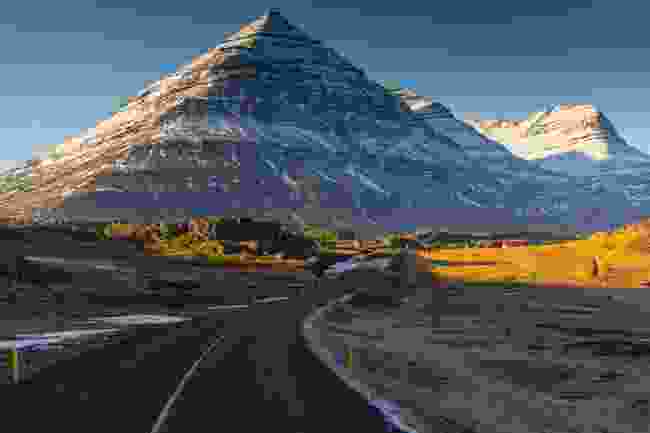 On the road in Iceland (Shutterstock)

“Some road signs (which are electronic) tell you the wind speed and how fast it's gusting, too. Don't drive over the pass if it's a certain speed as you will be blown off the road. Ensure you know the limits before you leave the car hire place.”

“When visiting the lava fields and glaciers, wear a windproof layer over thermals and use 10-hour disposable hand warmers and foot warmers to keep toasty in the sub-zero aurora hunting grounds.”

Make sure you have an aurora app, such as My Aurora Forecast, for the best chance to see the Northern Lights. Around the equinox is the best time to go.

“Hire a 4WD and camp – most campsites have kitchens. This allows you to explore extensively on a budget, especially if you plan ahead and carry plenty of food.

We travelled in mid-summer; the daytime temperature was mild and sunny and the 23 hours of daylight lets you pack in so much.”

“Don't limit yourself to Reykjavik and the Golden Triangle.

There are loads of small B&Bs scattered across Iceland and by staying in these, you will find waterfalls and hiking trails that aren't crowded, as well as thermal rivers that are so much better than the Blue Lagoon.”

Read more about travel in Iceland:

The best day trips from Reykjavik