How to spend 3 days in Casablanca, Morocco

Spend a jam-packed long weekend strolling through Casablanca's streets and you'll soon discover why local architects are on a mission to get this Moroccan metropolis UNESCO-listed...

The name Casablanca - along with its namesake film, shot in a Hollywood studio - may conjure up an aura of North African exoticism.

The modern reality, though, is that this Atlantic coast city is Morocco’s commercial capital, a high-energy, cool metropolis. But if it lacks the mystery of Marrakech and the fascination of Fez, the ‘White City’ certainly has no shortage of architectural gems.

From 1912 to 1956, Morocco was under French rule and Casablanca was chosen as the base for the protectorate’s strategic port. The city grew rapidly and French urban planner, Henri Prost, was instructed to turn it into a city worthy of its position. 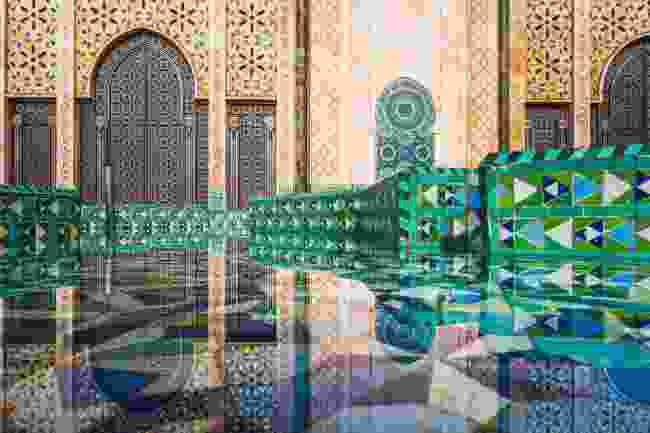 Prost sought the help Europe's top architects, and as I walked along the Boulevard Mohammed V - dubbed the Moroccan Champs-Élysées - I marvelled at the Neoclassical edifices rubbing shoulders with ornate Neo-Moorish facades, symmetrical Art Deco structures and sleek Modernist towers, all blindingly white against the cobalt-blue sky.

“What was achieved here couldn’t have happened anywhere else,” explained Rachid Andaloussi, co-founder of non-profit Casamémoire, a group of local architects with a mission to safeguard the city’s 20th-century architecture, and get Casablanca UNESCO-listed. 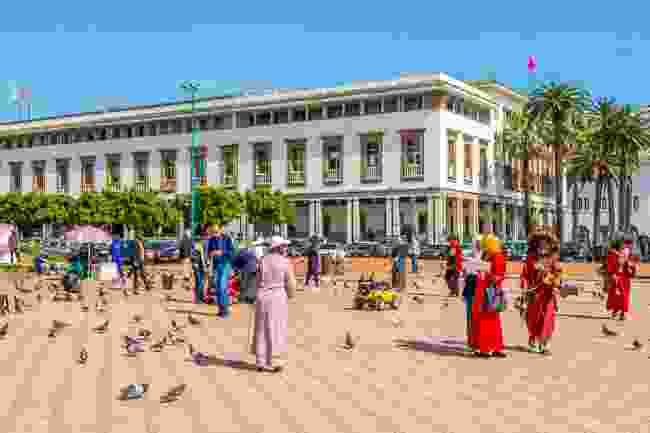 “Two cultures met, mixed and expressed themselves in a unique way," There are new flagship projects around, too.

Around the civic hub of Mohammed V Square, Marius Boyer Wilaya has been joined by the ultra-modern Grand Theatre of Casablanca, designed by a Pritzker-prize-winning architect, Christian de Portzamparc, in collaboration with Andaloussi. While the oceanfront AnfaPlace has created a new zone on the Corniche, with apartments, shops and a hotel.

What a Casablanca local recommends 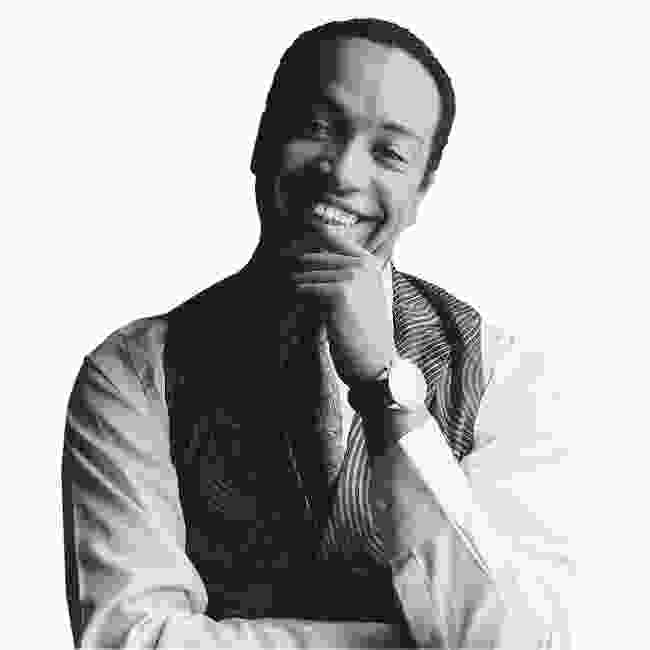 “Discover the many different faces of Casablanca:

Quartier Habous puts the artistry of traditional crafts on display, and a trip downtown will take you back to the 1930s. 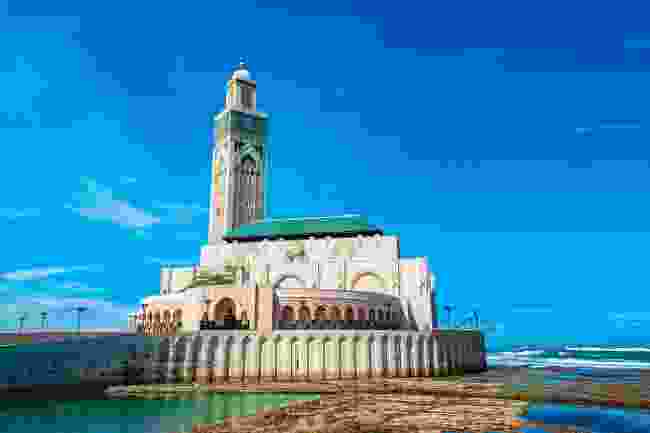 Start your day with a traditional Moroccan breakfast – try eggs with khlii (dried meat) – in the garden restaurant of La Sqala, set in an 18th-century bastion in the medina’s whitewashed ramparts.

The vast prayer hall can hold 25,000 worshippers – another 80,000 can fit in the courtyards outside – and it puts the finest Moroccan crafts on display with hand- carved stucco, painted wood and striking zellige (mosaic tilework).

Stroll along the new seafront promenade or grab a taxi to Anfa Beach to lunch alfresco or take a surfing lesson with the Anfa Surf School (Dh150/£12) – the waves are perfect for novices.

Then get to chic Le Cabestan Ocean View in time for sunset – and sundowners – on the terrace. Stay for dinner; the Mediterranean-influenced menu focuses on straight-from- the-sea fish, such as swordfish. 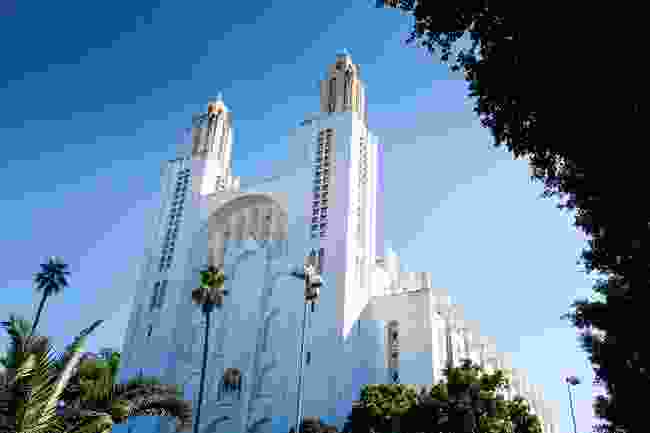 Highlights might include the tiled facade of the Grande Poste, the striking deconsecrated church of Sacre Coeur (soon to be a cultural centre) and the city’s green lung, the Parc de la Ligue Arabe.

Head to the Quartier Gauthier in the Ville Nouvelle for lunch at NKOA, where global inspiration meets Moroccan produce. The nearby Villa des Arts showcases contemporary Moroccan artists in an Art Deco setting.

Sky 28 at the Kenzi Tower Hotel is the place for a cocktail and panoramic views, but end the day at Rick’s Café (rickscafe.ma), a reimagining of Casablanca’s celluloid gin joint, with fez-wearing bartenders and live jazz. 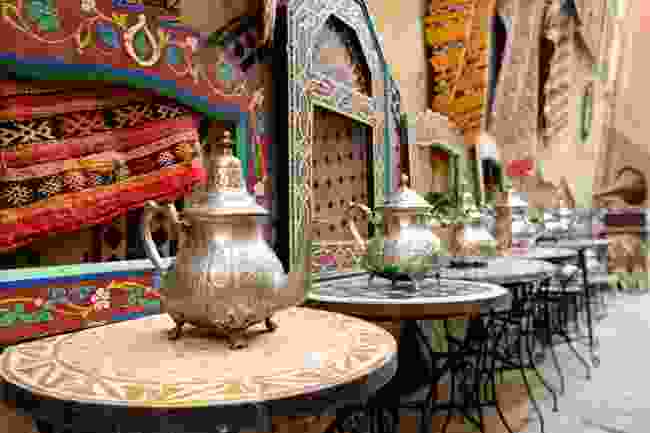 Decorations in a Moroccan souk (Shutterstock)

Take a taxi to the Quartier Habous, the picturesque ‘new medina’, built by the French in the 1930s.

Before you hit the souks, stop for a treat at the legendary, family-owned Pâtisserie Bennis – perhaps cornes de gazelle, crescent-shaped pastries filled with almond paste – that you can enjoy for the cost of a coffee at the old-school Café Imperial.

Then browse the tourist-friendly stalls, selling everything from leather babouche slippers to handwoven carpets and fragrant spices.

Another 20-minute taxi ride away is the only museum in the Muslim world devoted to Judaism. The Museum of Moroccan Judaism (Dh50/£4, closed Saturdays), traces the history of the country’s many Jewish residents.

4 more things you must do in Casablanca

Now in its 15th year, the White City’s most popular music festival showcases world-renowned and rising jazz, pop and indie artists from Morocco and beyond.

Jazzablanca hosts around seven concerts a day, spread across two venues and four stages, alongside talks, workshops and events.

At Hôtel Le Doge Relais & Châteaux, a 1930s villa has been lovingly restored to its former Art Deco grandeur, with a deep red carpeted spiral staircase and 16 rooms, all individually decorated with period furnishings.

3. Wander around a must-see museum 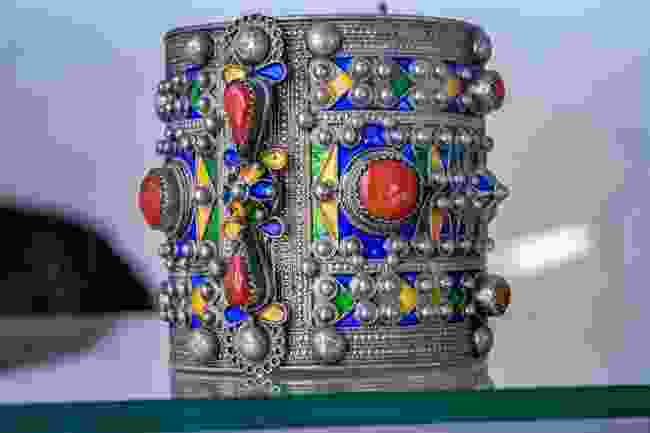 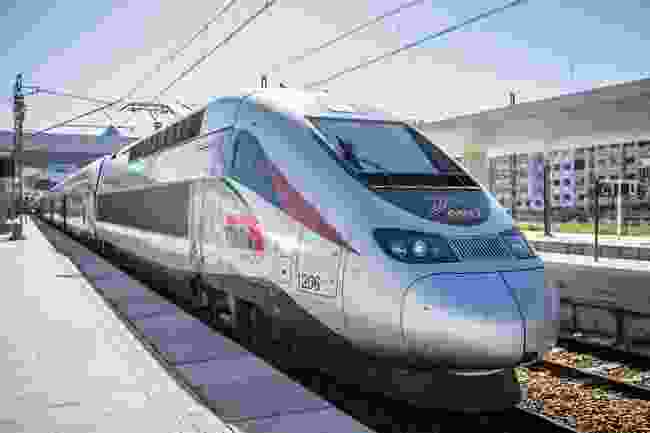 Note the website only takes Moroccan credit cards so buy tickets at the station; a single costs from Dh99 (£7.85). 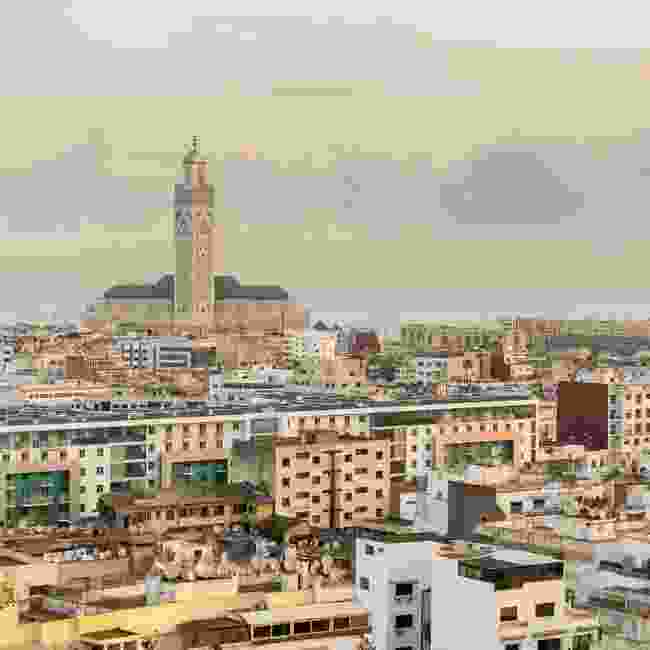 When to go: Mild year-round, the best times to visit are spring and autumn.

Winter can be cool and rainy, and summer (particularly August) means school holidays and Moroccans escaping to the coast.

Top tip: Buy just-caught fish at the Central Market and ask a nearby café to grill it for you.

5 reasons you must visit Guelmim

Make the most of 24 hours in Fez

How to spend 3 days in Essaouira