From its cosmopolitan feel and world-class galleries to its enticing nature and bike-friendly streets, Denmark’s second city is the ideal short break, says Lyn Hughes...

“Are you going to LEGOLAND?” asked the immigration officer to the child in front of me. The affirmative was almost shouted by the little girl, who was clearly excited despite the late hour. It suddenly dawned on me why the delayed flight to Billund Airport had been packed full of families. And why, once we were through to landside, they all melted away to hotels near the original LEGO factory, while only five people got on the bus to Aarhus.

Denmark’s second city deserves more visitors in its own right. It might not have the Pirate Boats or Frog Hopper rides of LEGOLAND, but this compact coastal destination does offer the right combo of culture, entertainment and good looks to make the ideal short break.

Decanting from the airport bus (it’s a 90-minute journey into the city), the first thing that struck me was the sheer numbers of bicycles sitting in racks along the streets. The second thing was that the majority of bikes were unlocked. Apparently, the number of bicycles per head here is the highest in Denmark, and Aarhus certainly prides itself as a bike-friendly city. My hotel overlooked one of the main roads and yet the view the next morning revealed more bikes than cars – it was the quietest city rush hour I’d ever seen.

But, in case you’re wondering whether Aarhus would be too sleepy for you, fear not. This former European City of Culture offers world-class galleries and museums, festivals and music. It’s a university city too, giving it a vibrancy and cosmopolitan feel. Open-air cafés line the canal that snakes through the city centre, while foodies are spoiled for choice with some of Denmark’s best restaurants.

If city life becomes too much, the surrounding forests, lakes and the coast beckon. Aarhus dubs itself ‘Denmark’s capital of nature for a reason’. I wasn’t surprised when one guide told me she was a former student at the university who had been drawn back to make Aarhus her home: “Why would I leave?”

What an Aarhus local recommends 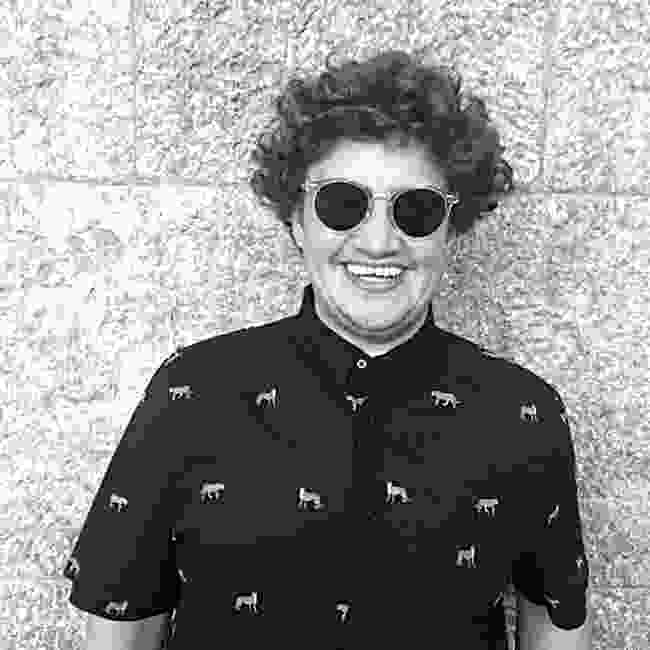 “Take a walk in the Latin Quarter in the evening for a drink and food.

A trip out to Moesgaard Museum is great fun and can be combined with eating at Skovmøllen, a wonderful restaurant in the woods.” 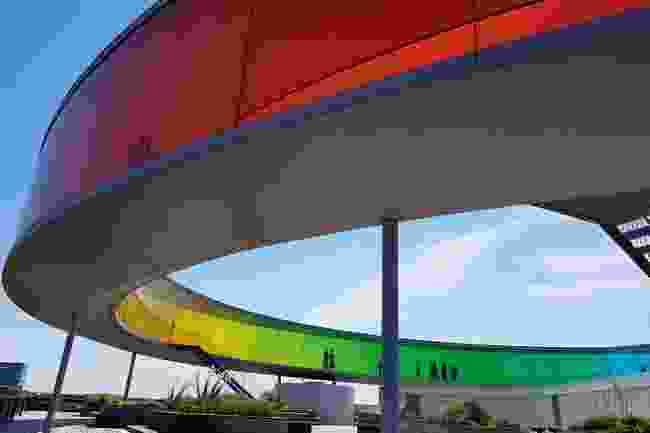 Walk the rainbow panorama at the ARoS, Aarhus (Shutterstock)

To get your bearings, head to the Salling department store on the main shopping street, Søndergade – its rooftop offers a 360° view of the city and the terrace is a popular spot for a coffee or cocktail.

Afterwards, back at street level, turn right and you’ll come to the canal. Follow it to the ARoS, one of Northern Europe’s largest art museums. As well as 10 floors of exhibits, the highlight is the walk through ‘Your rainbow panorama’, a technicolour circular panoramic path. Stay for lunch at the cafeteria.

A five-minute walk away is open-air museum Den Gamle By. Its beautifully restored 19th-century buildings take you back to the days of fairytale author Hans Christian Andersen, while other houses bring alive the 1920s and 1970s. A short walk up the hill takes you to the city’s botanical garden.

Walk down charming Møllestien, then visit Aarhus City Hall and the Women’s Museum, before exploring the Latin Quarter. Try the seafood at Mefisto or Latin American cuisine at Rømer. 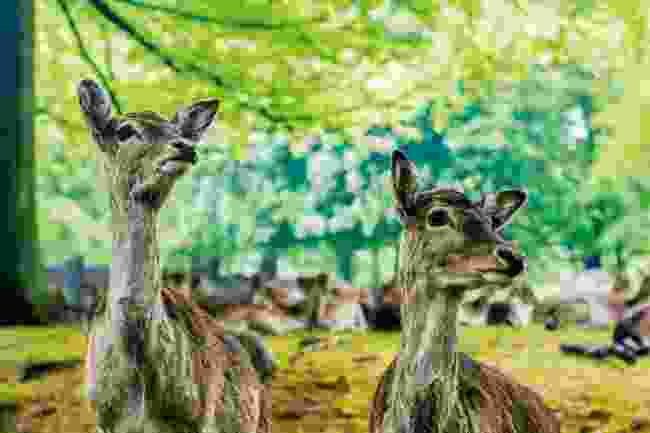 Hire a bike and head south out of the city along the coast road (Strandvejen), or head to Marselisborg, the grounds of the Danish royal family’s summer house. They’re open to the public when the royals are not in; you can also visit Dyrehaven, a deer park.

The acclaimed Moesgaard Museum is nine km from the city (take bus 18). It showcases Danish history from the Stone Age to the Middle Ages. Highlights include the Grauballe Man, the world’s best-preserved Iron Age ‘bog body’ and there are spectacular views from the museum’s grass roof. The Prehistory Trail to the sea passes burial mounds and restored prehistoric buildings.

Back in the city, explore lively Frederiksbjerg, creative Godsbanen or the newly developed harbour area known as Ø. Then dine at Aarhus Street Food or Aarhus Central Food Markets. 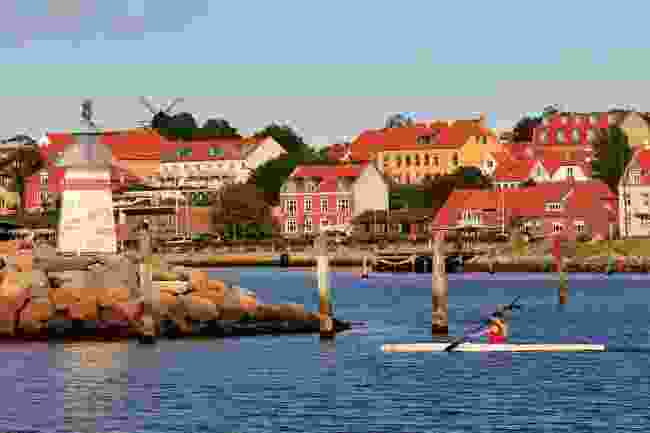 Hire a car (or take a bus) and head out of the city. One option is the Djursland peninsula for historic sites and lovely seascapes. Hike or bike the Mols Bjerge National Park, home to what the locals wryly call ‘Denmark’s mountains’ (hills to the rest of us), with the highest, Agri Bavnehøj reaching 137m and offering 360° views. The diverse landscapes include forest, kettle holes and Neolithic sites.

Down on the coast, take a walk along the windswept causeway to the atmospheric little castle of Kalø Slotsruin. Then drive a further 25 minutes to Ebeltoft, a drop-dead gorgeous 14th-century port with cobbled streets and timbered houses.

Visit one of the longest wooden ships in the world, the Jylland frigate, and the extraordinary Glass Museum, home of a mix of compelling contemporary art, all involving glass, before browsing the many artisan shops and cosy cafés in the town. 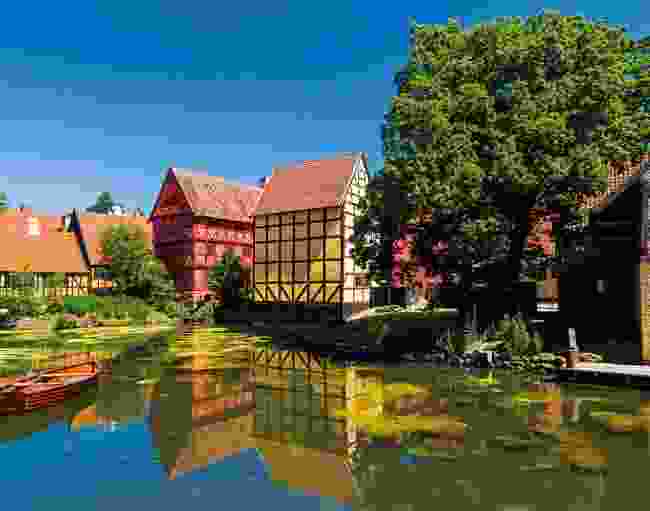 Currency: Danish krone (DKK), currently around DKK9 to the UK£

Stay: The four-star Comwell Hotel (comwell.com) has a Scandi-cool vibe, friendly staff and great views. Good value for the standard and location.

Top tip: Buy an Aarhus Card for 24 hours (329DKK/£37), which then gives free admission to over 25 museums and attractions, free central bus and train travel, and a free shuttle
bus transfer to and from the airport (buy in advance online).